Two first half goals from Curtis Allen gave Glentoran a deserved victory at the Newry Showgrounds in this evenings Danske Bank Premiership fixture. Mick McDermott made two changes to the starting line up for this game with Nathan Kerr returning in place of Willie Garrett (ill) and Robbie McDaid replacing Paul O'Neill. 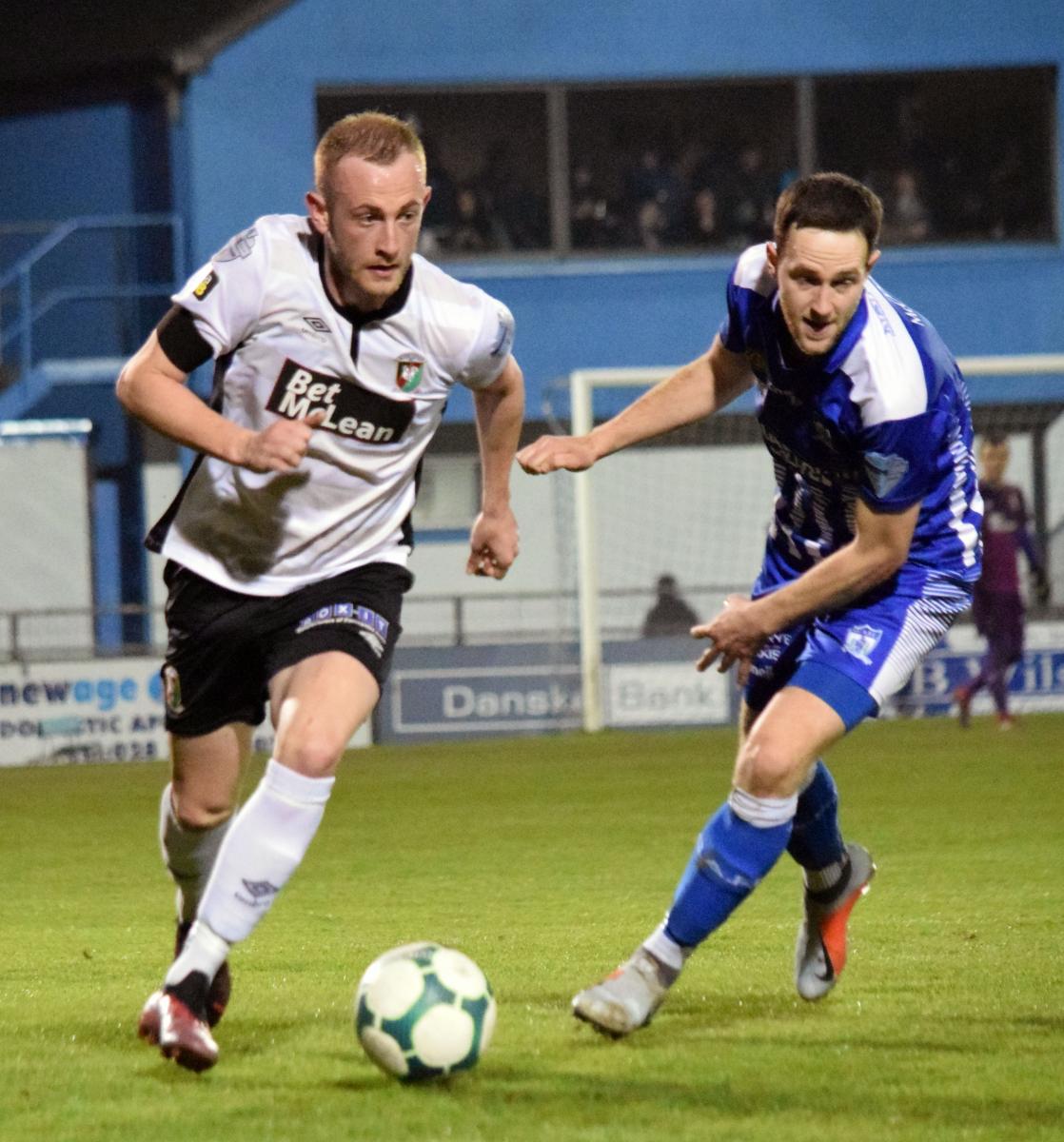 The home side came into the game on the back of a couple of good wins which had seen them move off the bottom of the Danske Bank Premiership table and into the Premiership play-off position. The confidence they'd gained from their recent good form was evident early on and for the first quarter of the game they were the dominant team. The closest Newry City came to opening the scoring was in the 6th minute when a 20-yard effort from Thomas McCann flashed narrowly wide. 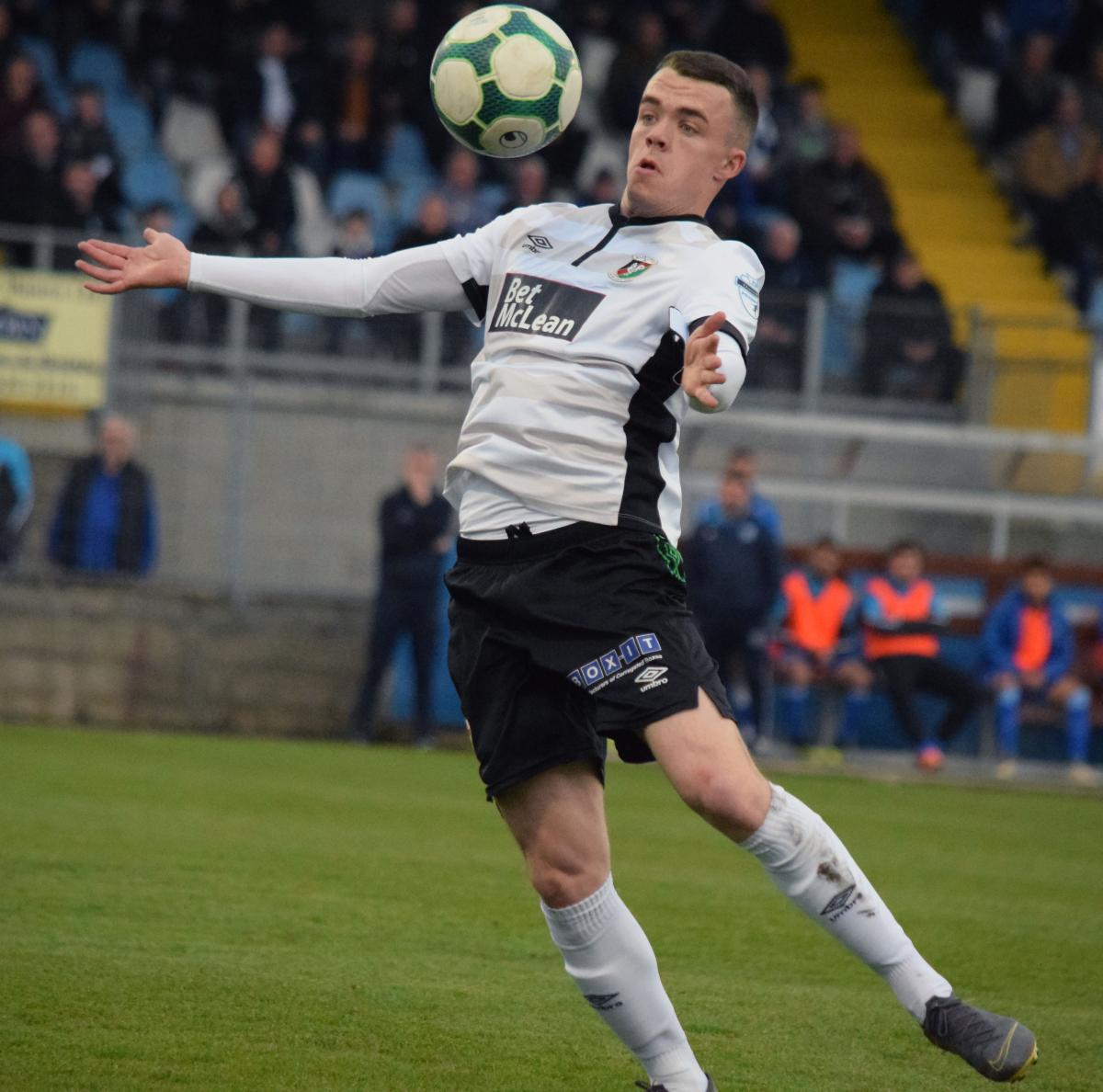 Midway through thehalf though the Glens went in front with Curtis Allen scoring in one of our first attacks. A mistake by McCann just inside his own half was pounced on by Robbie McDaid. McDaid found Darren Murray who then picked out Curtis Allen, 20 yards from goal. The experienced striker cut inside and fired a right foot shot into the bottom corner of the net giving Andrew Coleman in the home goal no chance. 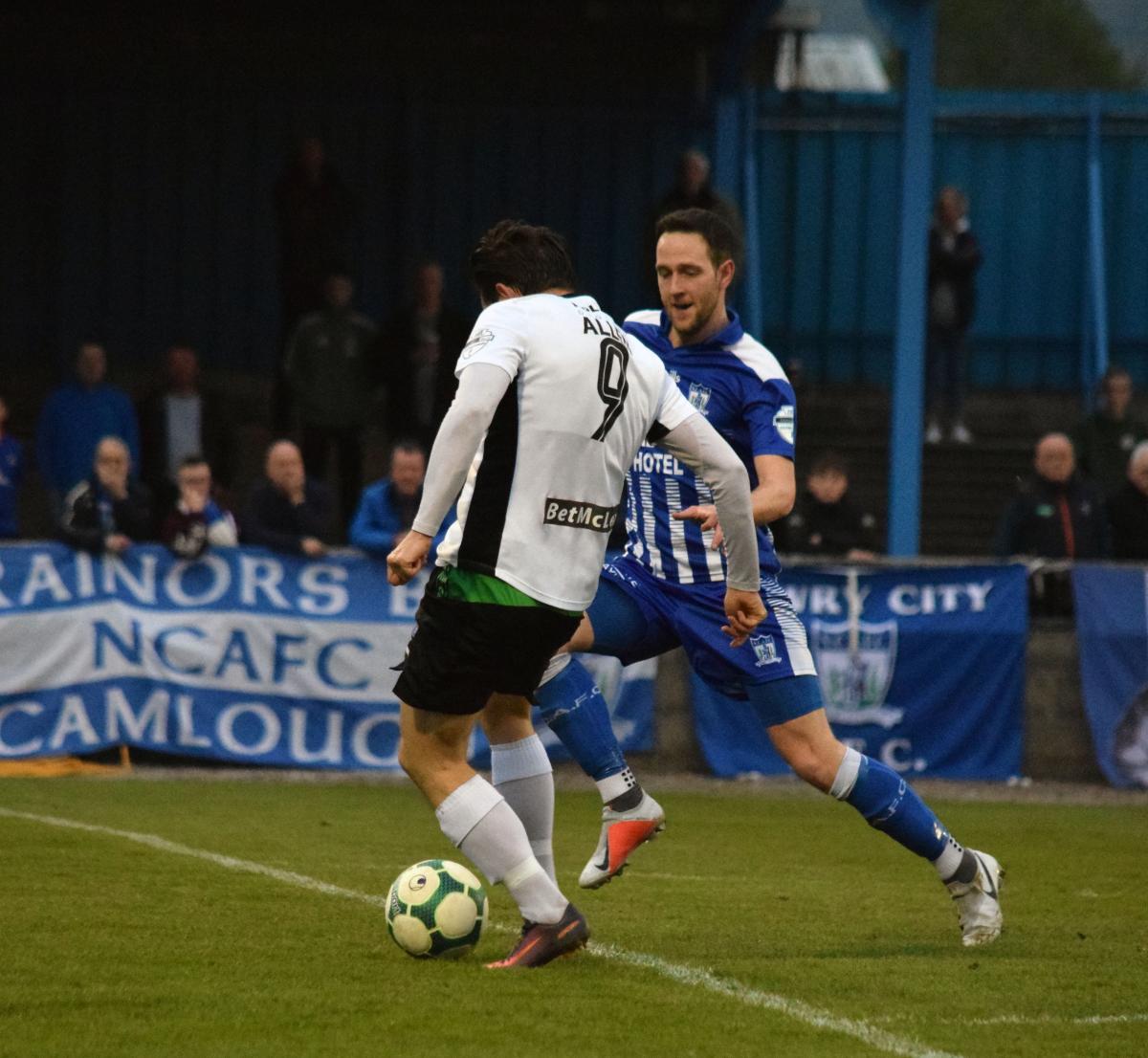 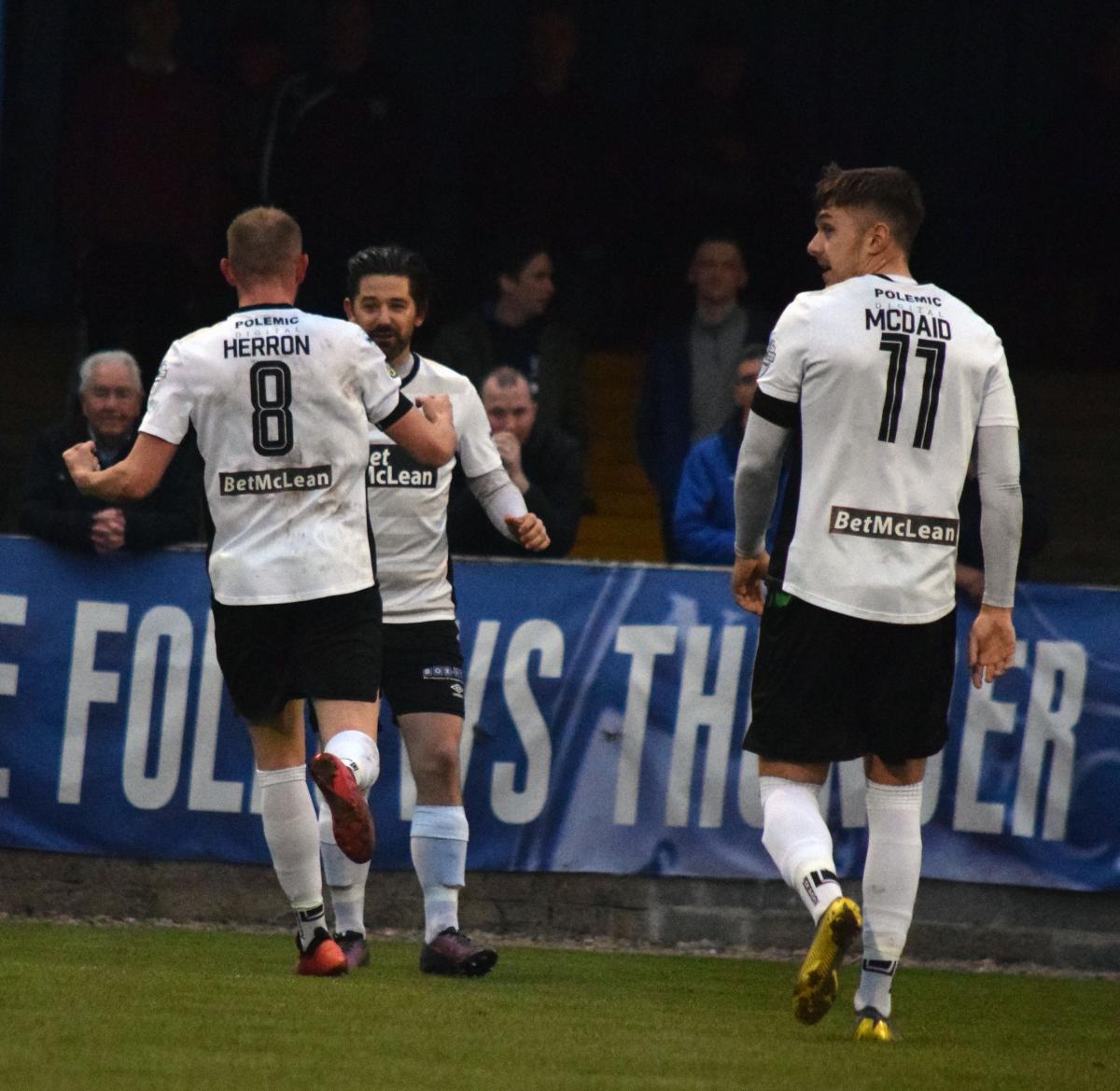 City were perhaps fortunate to earn a corner on 35 minutes when Nathan Kerr appeared to be fouled. Darragh Noonan rose to meet the set piece but his header hit the top of the crossbar. 6 minutes from the break the Glens almost doubled their advantage. A long ball forward from Nathan Kerr picked out Darren Murray. Murray drove forward before firing a dangerous ball across the penalty area. Connor Pepper seemed certain to get on the end of it but a slight deflection took the ball agonisingly away from the Glentoran midfielder. 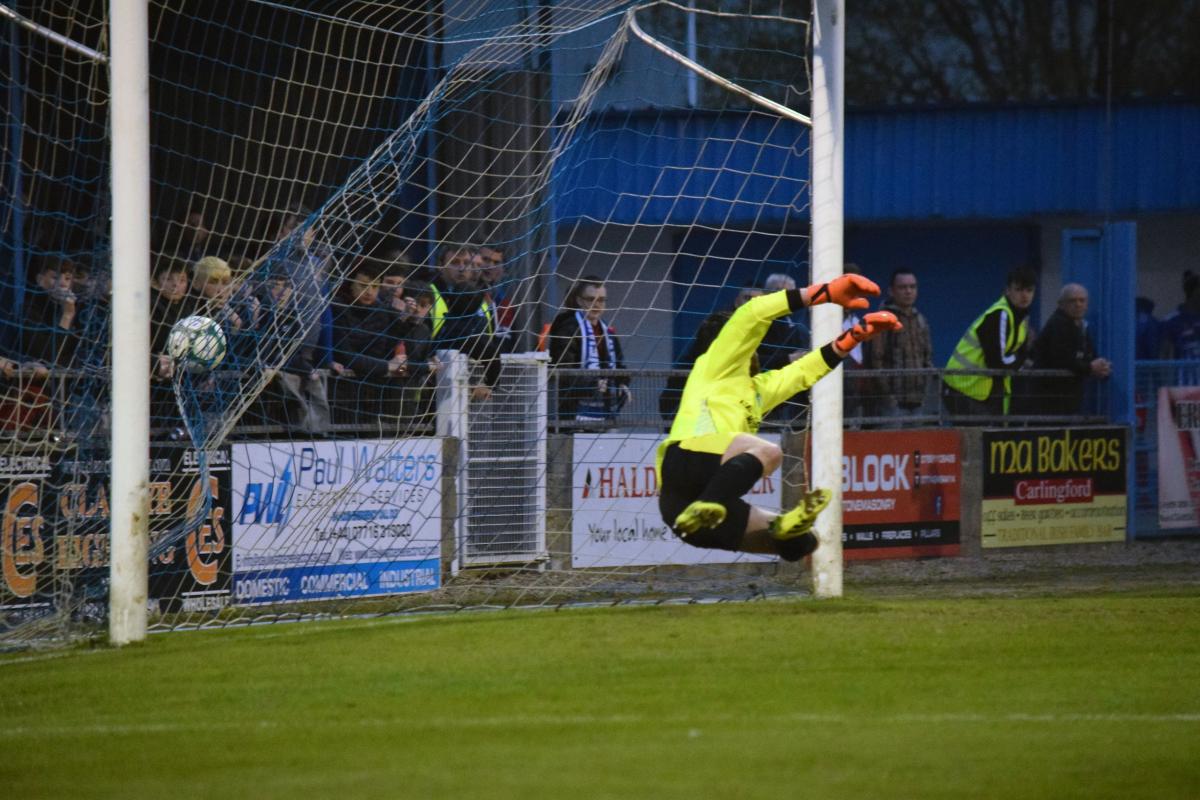 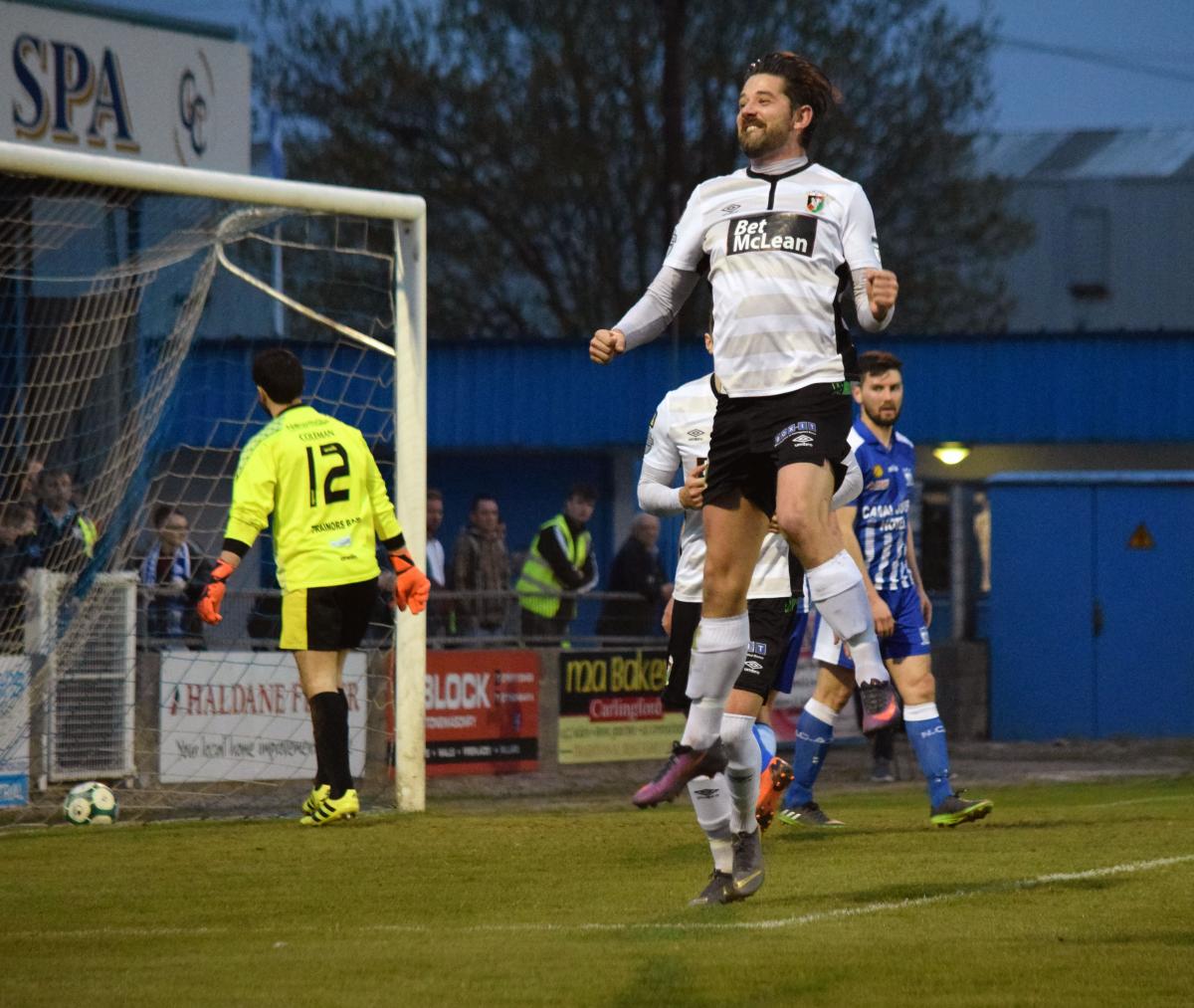 A minute later though the second goal arrived. A long throw in from Darren Murray was flicked on by the excellent Gavin Peers and Curtis Allen reacted sharply to fire past Coleman for a second time. There was one further opportunity for the East Belfast side as stoppage time approached, the Glens being awarded a free kick on the left hand side of the penalty area. John Herron took responsibility but fired his effort over the bar. 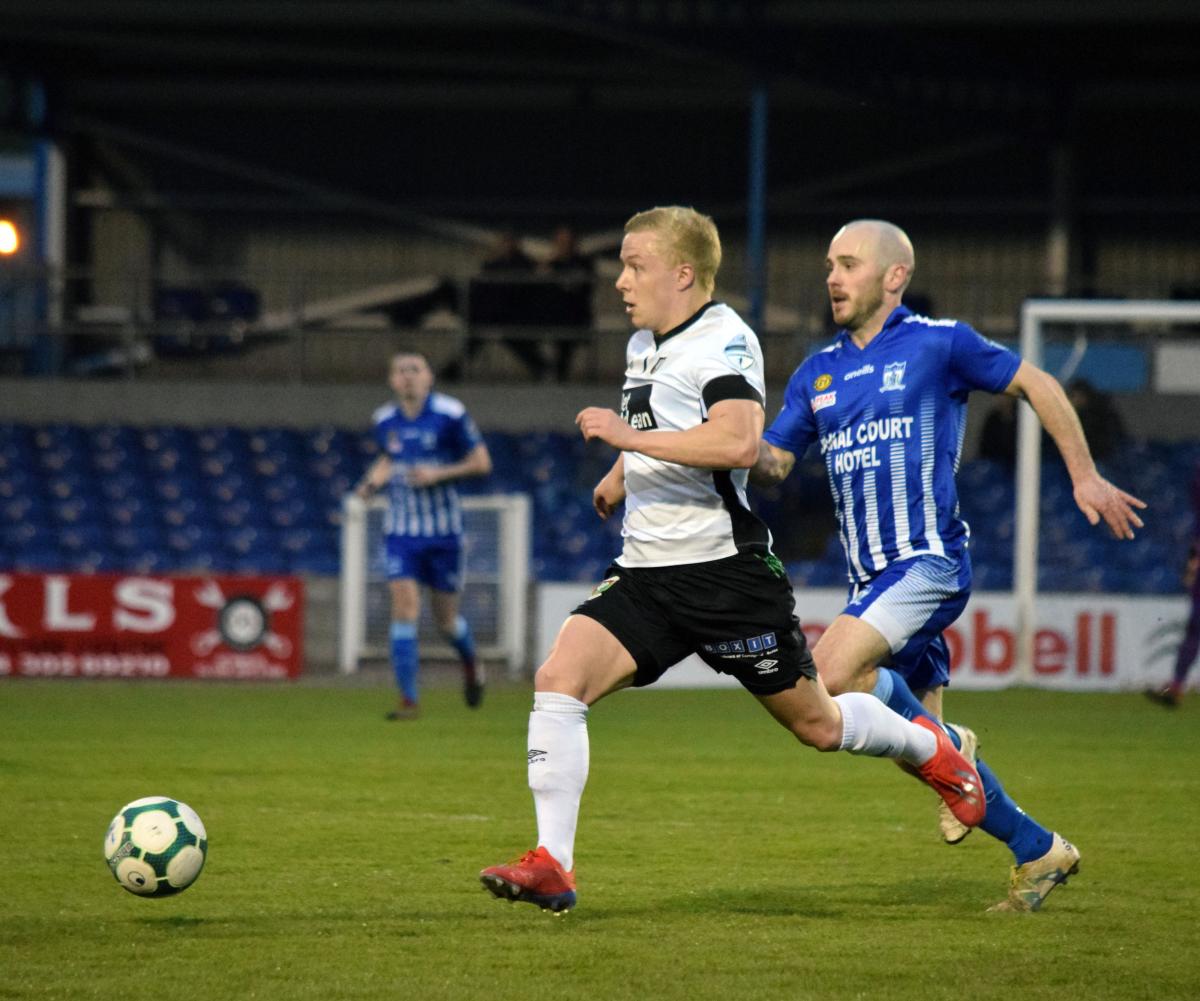 The second half was much better for the Glens as they dominated possession and created numerous chances. The only disappointing thing was their failure to add to their 2-goal advantage. Marcus Kane (50) headed a Nathan Kerr free kick just wide of the post before Darren Murray set up a chance for Robbie McDaid; the Glentoran number 11 seeing his shot deflected for a corner. On 53 minutes Darren Murray controlled the ball superbly on his chest. He turned and fired towards goal but unfortunately straight at Andrew coleman. Allen missed the chance of a hattrick when his powerful free kick in the 57th minute was well aved by the Newry City keeper. We almost had a contender for 'goal of the season' on 65 minutes when McDaid found Murray in the area. The striker displayed outstanding skill, controlling the ball before flicking it over a defender to set up a goal scoring opportunity. His shot was on target but lacked the power to beat Coleman. 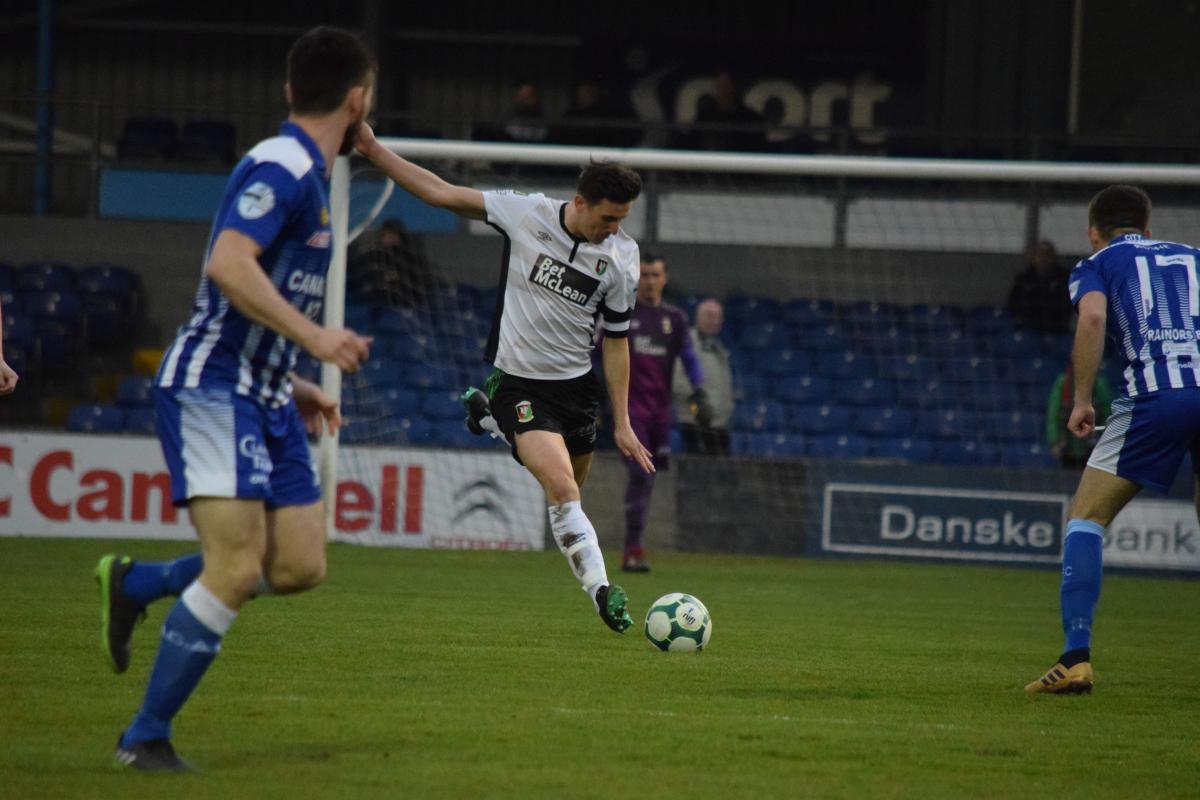 With 10 minutes remaining John Herron was unlucky to see his shot blocked by the home defence whilst at the other end substitute Calum Birney did really well to get in the way of an effort from Stephen Teggart. On 84 minutes Curtis Allen almost grabbed a third. McDaid's backheel put John Herron clear in the area. The big Scot then cut the ball back to Allen but his 12 yard drive was saved by the feet of Coleman. In the final minute of the game a long throw from skipper, Marcus Kane was flicked on by Darren Murray but his header went just past the far post. 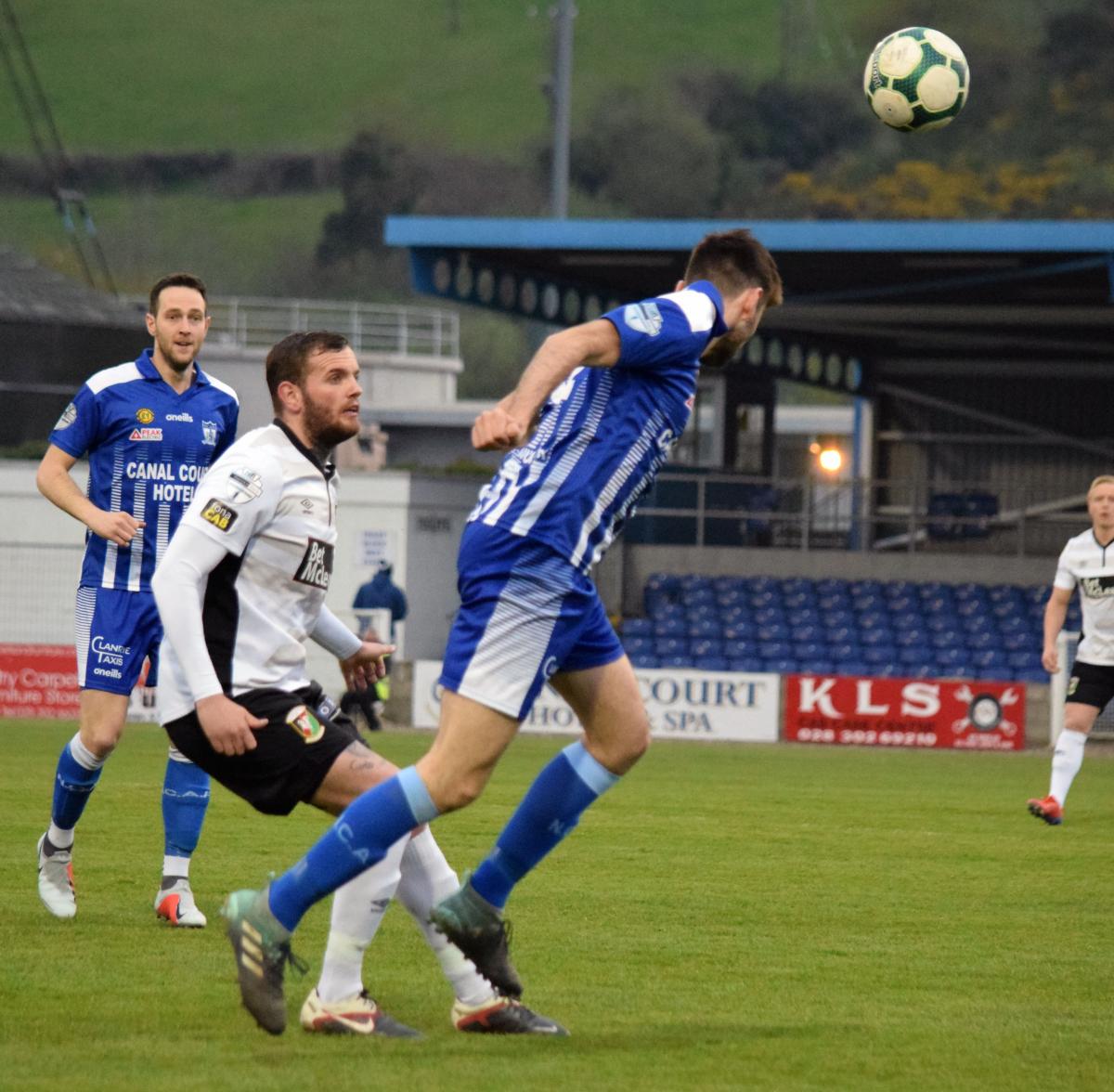 So a good win on the road for the Glens and we will look to build on that result when we entertain Warrenpoint Town at the Oval on Tuesday evening (7:45pm) in our first home fixture since 9th March. Another win will take us another step closer to the Europa League play-off games. 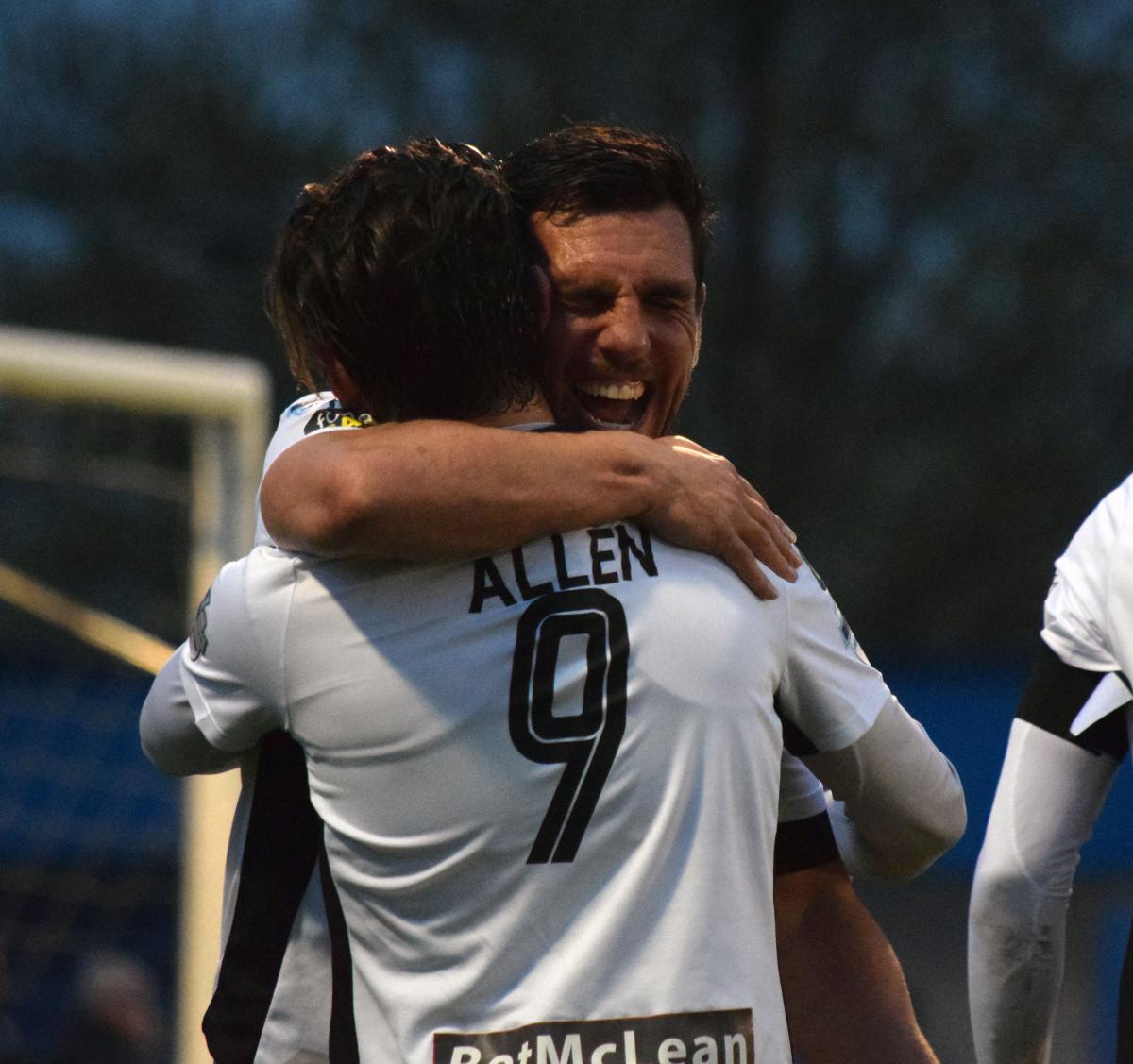