In December, the Glens claimed league victories over Portadown, Carrick Rangers, Glenavon and Coleraine, as well as a hard-fought draw with Linfield at Windsor Park. The squad now sit three points off the top of the Danske Bank Premiership table,

Reflecting on December, McDermott said: “December is a hectic month, so I hadn’t even thought about this award, so it was a nice surprise when I got the call. I’d like to thank the Football Writers, and their sponsors Aktivora, for this trophy.

At the moment, we are just going week to week, game to game. But we have been on a good run of form in recent times. I think the players deserve credit for that, as it’s not been easy. It’s a club effort.”

Well done, Mick, a good January and the hat trick is on! 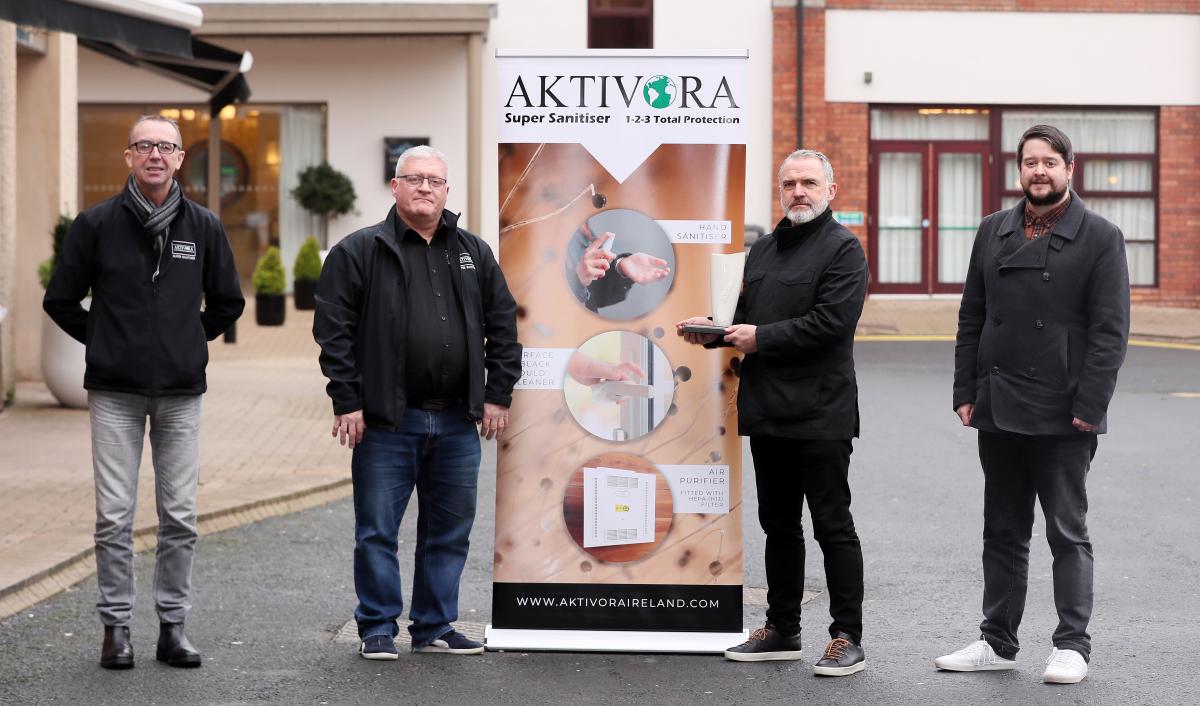 Mark Forsythe and Tommy Kincaid of Aktivora present Glentoran’s Mick McDermott with the Aktivora Manager of the Month trophy for December. They are joined by NIFWA press officer Keith Bailie. 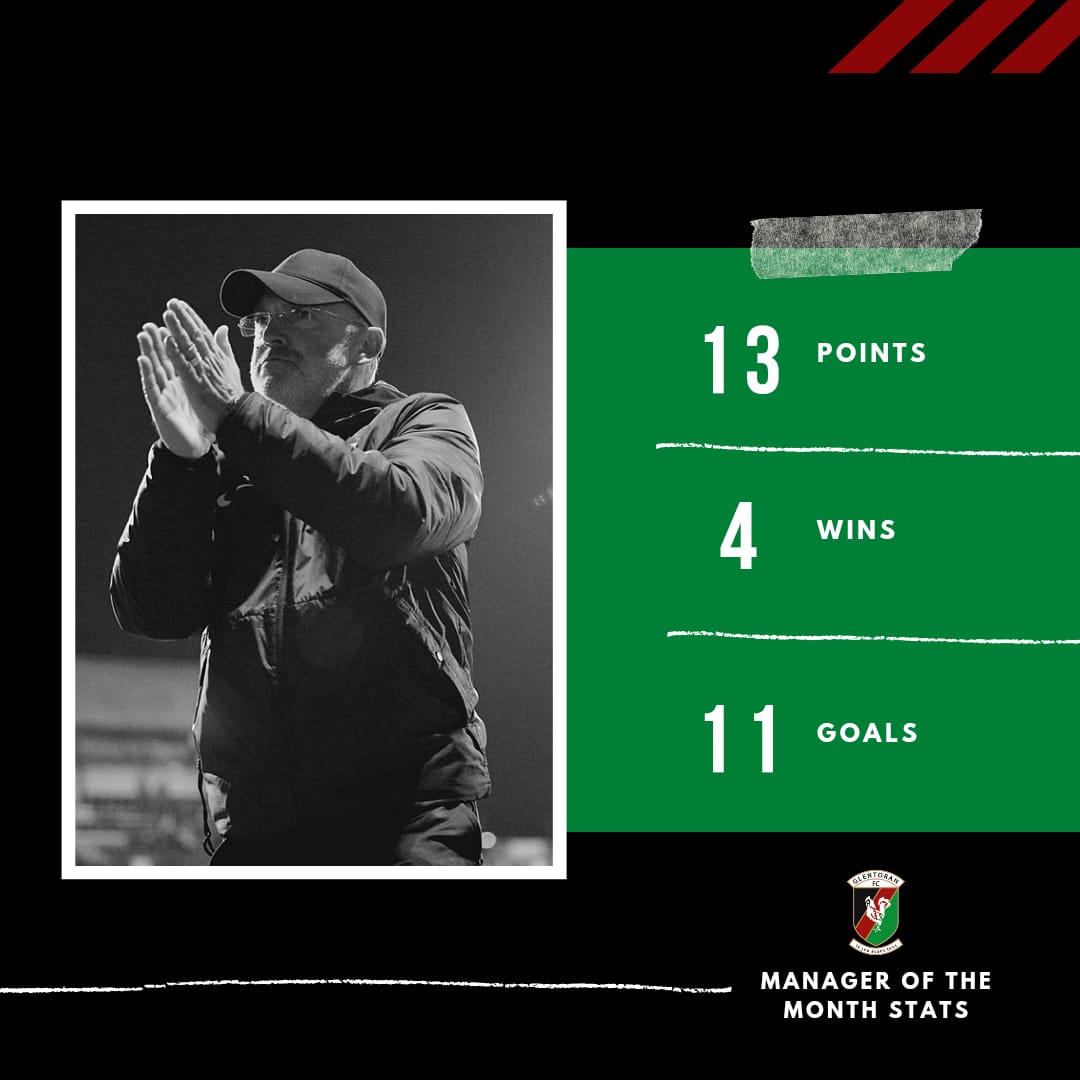