Mick is Manager of the Month for November

In November the Glens were unbeaten in the Danske Bank Premiership and took 10 points from a possible four games with convincing victories over Warrenpoint Town, Dungannon Swifts and Cliftonville.

Mick said on receiving his award: “First, I want to thank my players and staff. Without committed players and staff my job is impossible. This award is for them. It is also for the volunteers who help me daily in every department in our Club.

I thank the Football Writers who work tirelessly every week to report on this fantastic league. I’d like to thank them very much for the award. It means a lot to me.

It is an honour for me to accept this award; to be honest, I am surprised and humbled.

It's been a fascinating league season so far. Every game is very competitive with some fantastic football on show. I'm really enjoying coaching in the Danske Bank Premiership. It's a good standard of football.

From a Glentoran perspective, we're building a little bit of momentum with two wins on the bounce. Hopefully, we can carry November's form into December.

I look forward to the exciting months ahead at GFC! 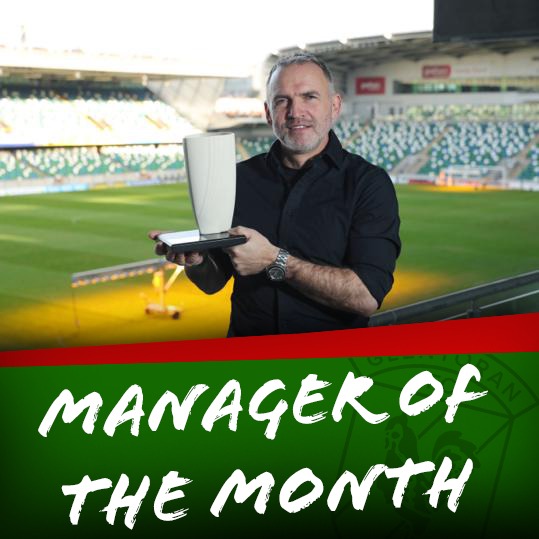