McClean is October Player of the Month

Patrick McClean, runner up for his first two months at the club, has gone one better to win the supporter vote as Glentoran Player of The Month for October.

In an overwhelming win, Paddy won 60% vote, in a month where he was the absolute epitome of consistency as we won four of the five games Paddy started. The month was capped by his incredible late winner at Larne and the signing of a contract extension for a further two years.

Paddy told www.glentoran.com on winning his award: "I just want to thank every one of the Glentoran supporters who voted for me. It's been a good few weeks for me and the team and hopefully we have a few more to come."

Mick McDermott said of the vote: “This is a thoroughly deserved award for Paddy and also a reflection of the quality of our supporters’ ability to recognise quality performances, no matter what area of the pitch they come from, and to reward them. I totally agree with this award for Paddy. He has excelled since he came here. He loves it here and is delighted at the welcome our fans have given him and how they’ve already taken him to their hearts.”

In second place was Robbie McDaid, scorer of three goals in October while third was Cricky Gallagher who during the month fully re established himself as a vital member of our midfield unit. 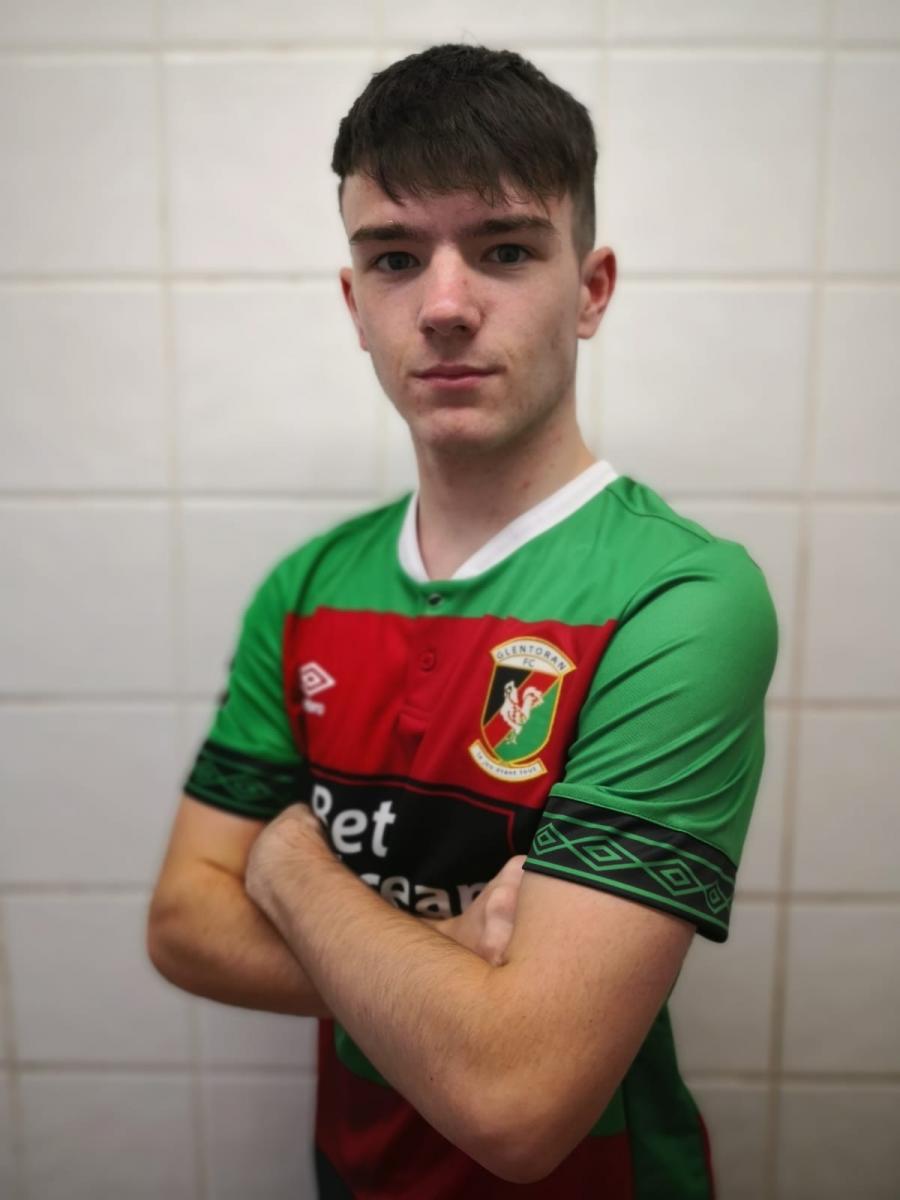 Glentoran Under 20 Player of the Month for October is Corai Quinn.

Corai is a versatile player who mostly plays at right back and has stepped into the position vacated by Mal Smith's promotion to the first team and has become an established player in his own right.

U20S Manager David Lowry said of the award: “Corai has a great engine and works tirelessly up and down the right flank - he can also play on the left with as much composure and effect.

In October Corai contributed well to a clean sheet and 3-0 win away to Carrick before grabbing a great last minute equaliser against Larne in our recent 2-2 draw and showed his burgeoning experience with a commanding display in a very young team this week away to Ballymena as he stepped up into more of a leadership role on the pitch”.