On Saturday we stay in County Down when we play Warrenpoint Town for the second time in just over a month, this time at Milltown. Following our excellent win and performance over Ballymena United last week we travel in search of our fifth consecutive win.

Point’s season has not dramatically improved since we last met, with just three points from their first thirteen matches, losing twelve of those. Last week they changed managers with the highly rated young boss Steven McDonnell replaced by former long-standing Point boss, Barry Gray. His tenure got off to a losing start last week with a close 1-0 away defeat to ninth place Carrick Rangers.

However, we can’t go to Milltown with anything approaching complacency as our September meeting at the Oval was as close as the scoreline suggests. On that day the Glens were outstanding in the first half but didn’t take our chances with just a trademark Hrvoje Plum free kick separating the teams at half time. We seemed to badly lose our spark after the break and, following an Alan O’Sullivan equaliser, looked like playing out a tame draw until Paddy McClean popped up to head a very late winner. 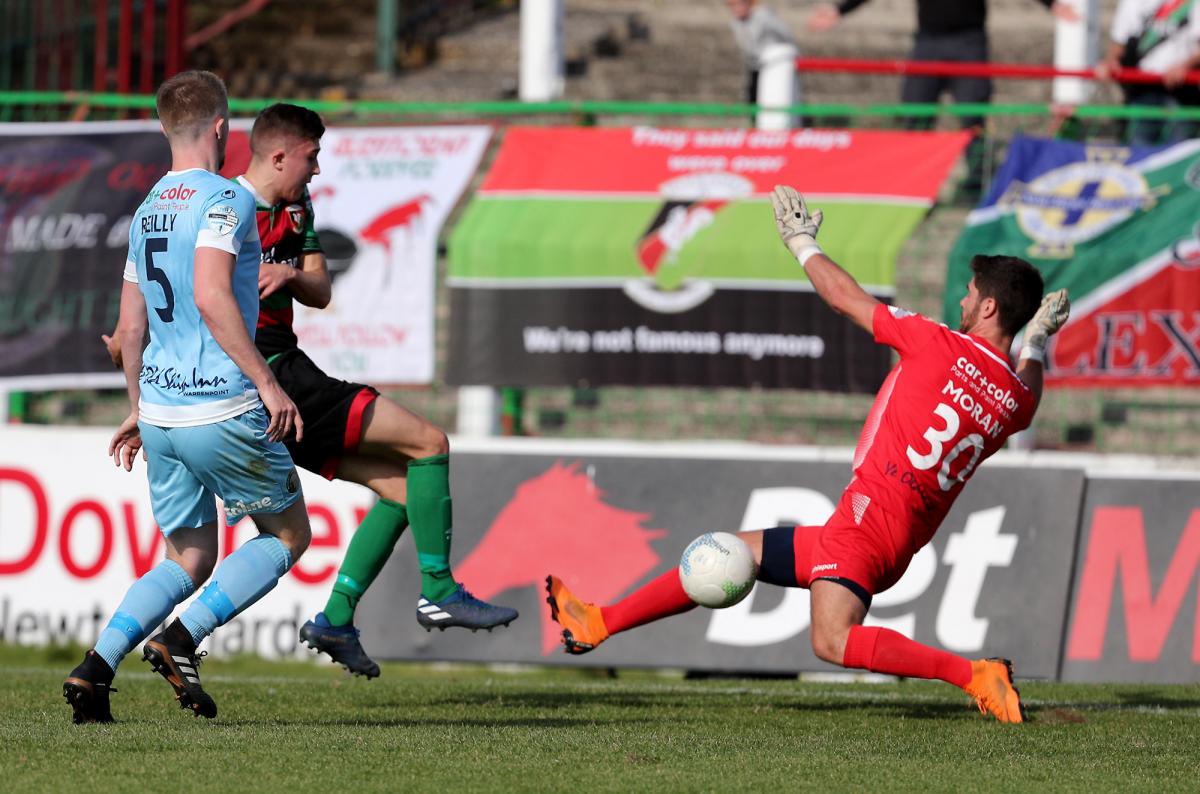 Warrenpoint Secretary Jack Gilsenan told www.glentoran.com: “A lot has happened since Warrenpoint last met Glentoran at the Oval on September 21st. After a promising second half against the Glens, we lost in the final stages of the game, which followed by a disappointing result against fellow strugglers, Institute. However, we did pick up our first three points of the season with a fighting win against Dungannon Swifts with a last minute winner from Lorcan Forde.

However, unlike last season’s slow start, results didn’t pick up with three straight defeats including a highest disappointing and embarrassing 7-0 defeat at the hands of Linfield. Unfortunately after this, we parted ways with Stevey McDonnell with club legend, Barry Gray coming in, to try and steady the ship.

We know we have a hugely difficult season ahead of us, knowing the importance of Premiership safety. We must believe and the sooner the players can find their confidence, the more we have a chance and hopefully some sort of result against Glentoran, can be a kick start to our season, getting points on the board and trying to escape, what is already going to be a massive fight at the bottom end of the season.”.

Last season we had a win and a draw at Milltown, the win coming in February when two goals each from Darren Murray (who scored five goals in three games against his old club last season) and Lukasz Gwiazda, and an own goal saw us comfortably win by 5-0. 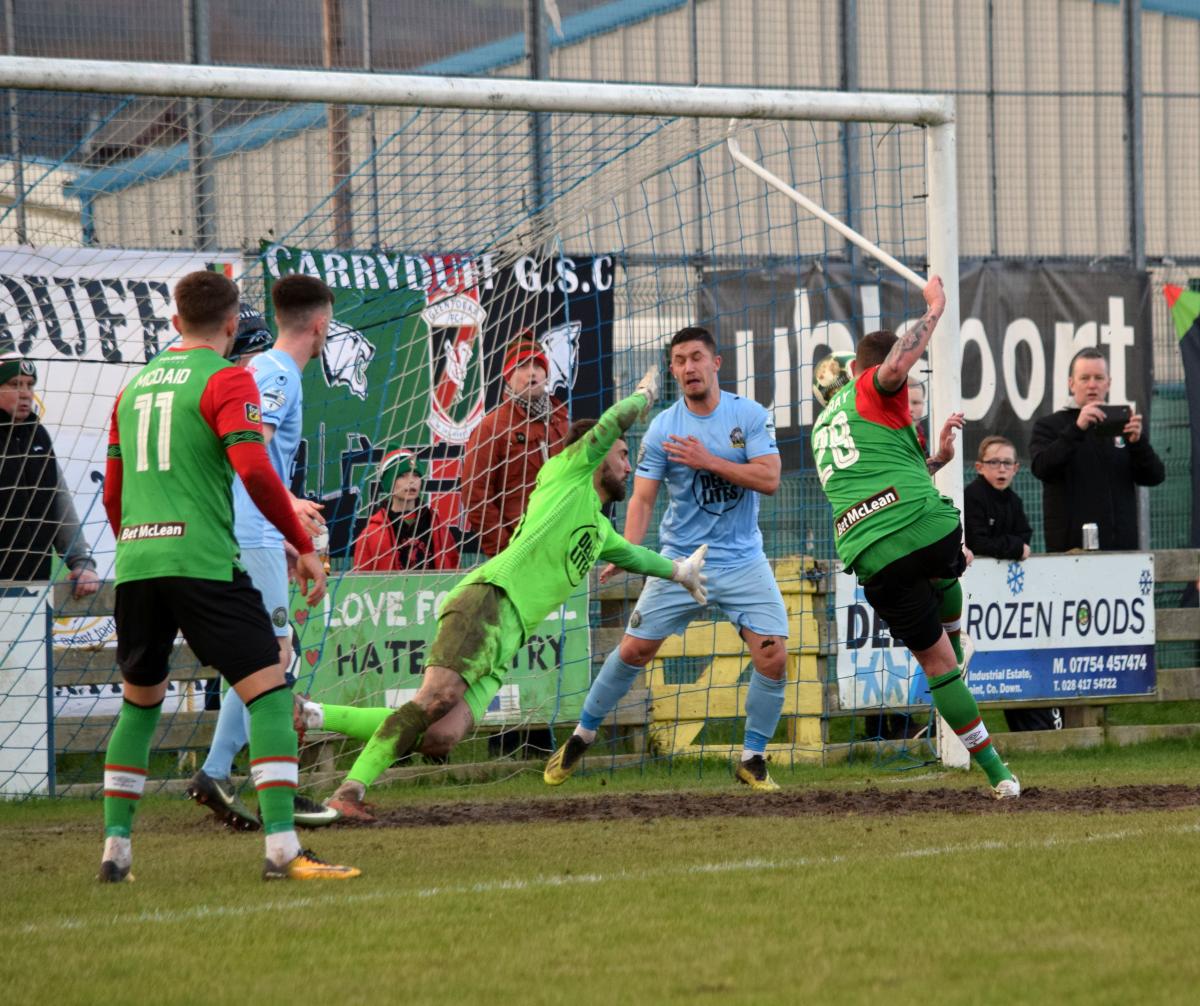 Mick McDermott: “Last week against Ballymena we put in exactly the sort of performance I want to see us put in. Although we could have played better, I though we controlled the first half and I thought the decisions to award Ballymena both the penalty and particularly the goal were inexplicable. In the second half we were outstanding. We should skill, pace, movement, enthusiasm of a quality that showed exactly what this squad is capable of. We absolutely dominated a Ballymena side that went head to head with Linfield at the top of the table all last season, so that demonstrated how we are developing.

Saturday’s game against Warrenpoint is in a way even more important than those against the very top teams as it’s very easy for players to take their eye off the ball and drop points if we’re not properly motivated against the teams currently below us in the table. It’s very easy for the media and fans to look ahead, say we have a few games in a row against teams at the lower end of the table and take too much for granted. My focus is on “one in a row”. I don’t look ahead of the next game as I take every team and every match equally seriously. So, I’ll expect the players to be as charged up and motivated for this one with Warrenpoint as they were against Larne and Ballymena over the past couple of weeks.

On the player front we’re full strength apart from Curtis and Calum so we have a strong squad to pick from.” 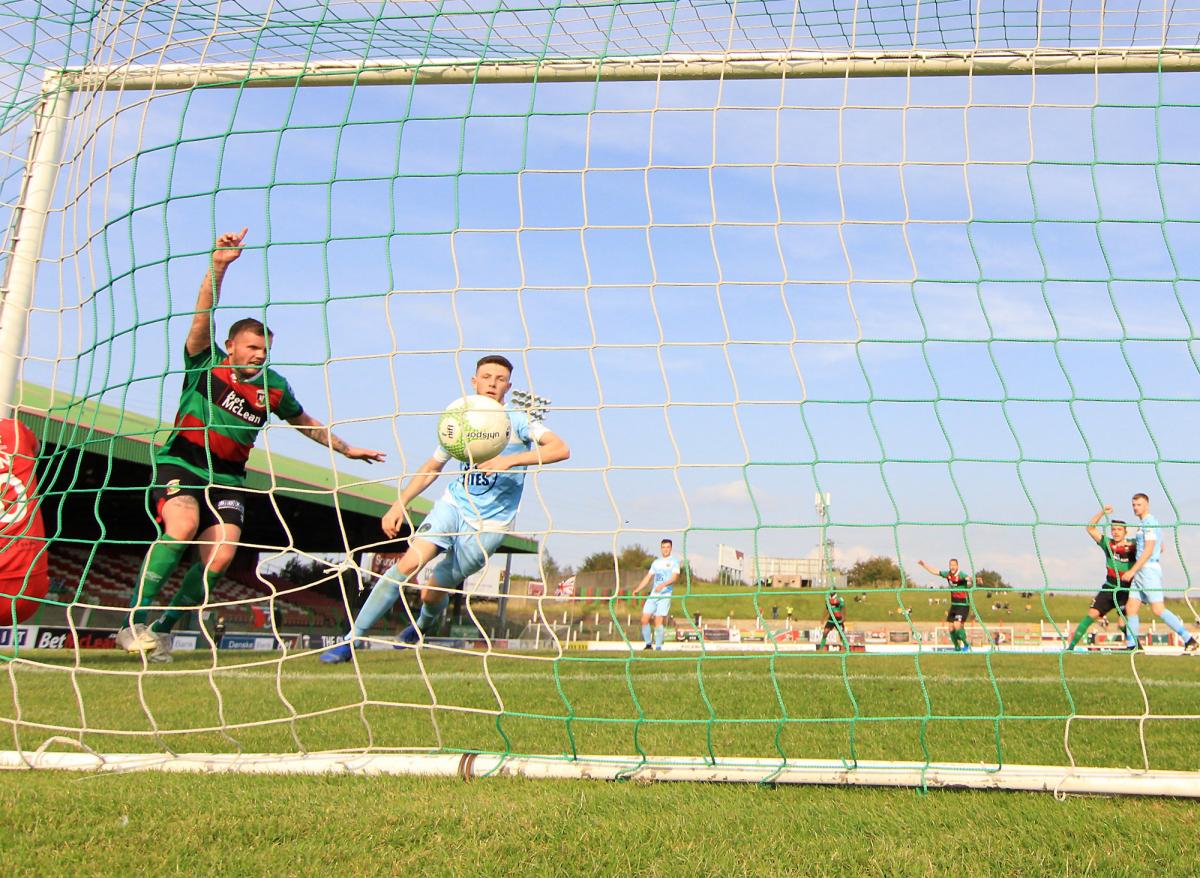