Tomorrow night Glentoran will travel to Shamrock Park for the first time since 2017 as we take on promoted Portadown. The Glens won both games at Shamrock Park that season - firstly a 1-0 win in August 2016 thanks to Kym Nelson's early second half goal. Unfortunately, this result heralded something of a false dawn, as a heavy defeat away to Coleraine the following week and then a humiliating League Cup defeat at Portadown's then Championship neighbours Annagh United saw manager Alan Kernaghan resign before the month had ended and the team eventually finish in 9th place.

His replacement Gary Haveron did enjoy the most emphatic league win of his time in charge, though, as the Ports were swept aside 5-0 in early January 17. Our perpetual top scorer of that time Curtis Allen and Nacho Novo scored in the first half and Allen grabbed a second on 72 minutes. At this point, the bottom placed Ports collapsed with Chris Lavery and Johnny Smith adding a goal apiece to their misery. 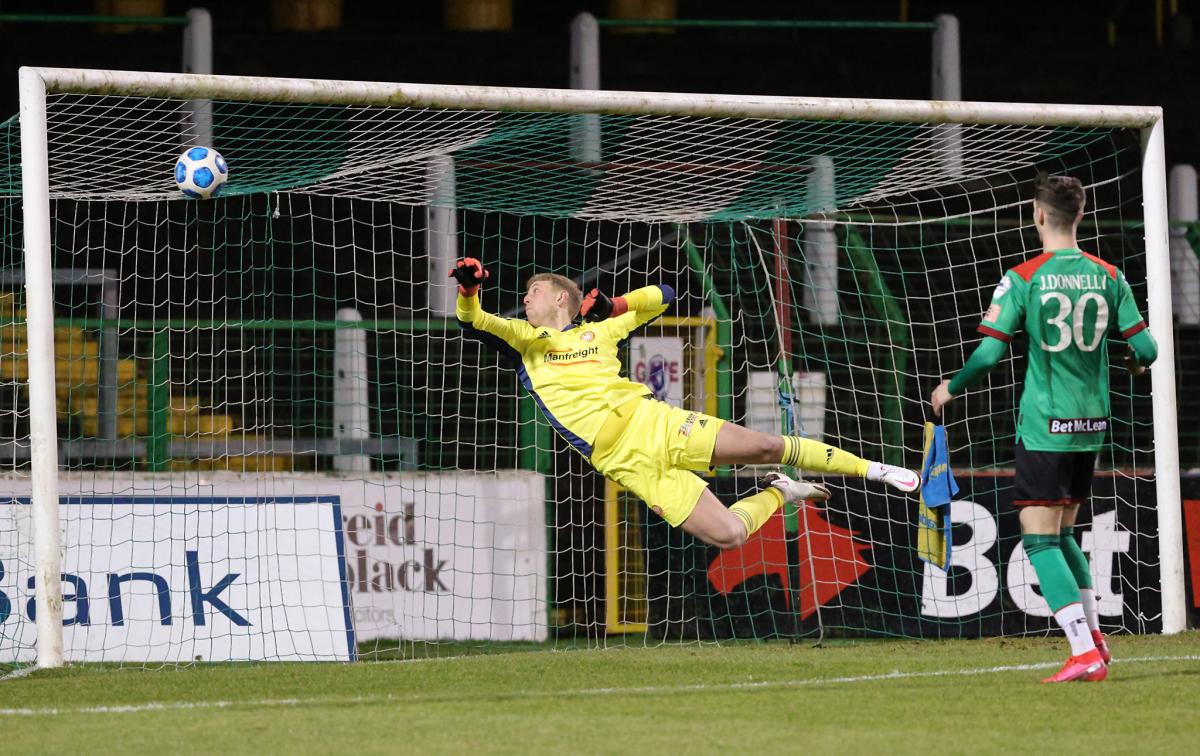 Once a fiery and eagerly anticipated fixture - particularly in the early 00's as both clubs challenged for major honours under the management of Roy Coyle and Ronnie McFall - more recent meetings have tended to lack that level of ferocity as both sides found themselves closer to the middle of the table, prior to Portadown's 3-year absence from the top flight. The Glens have enjoyed a good record on their last 10 visits recording 7 victories to Portadown's 2.

Portadown are winless in 8 games since winning 3-0 at Stangmore Park against Dungannon in December, but have managed to hold top 6 sides Crusaders, Larne, Coleraine and Cliftonville to draws in that time. They are currently in 10th place, managing just 2 wins from 16 games played and have conceded more goals than any other team bar bottom placed Dungannon. 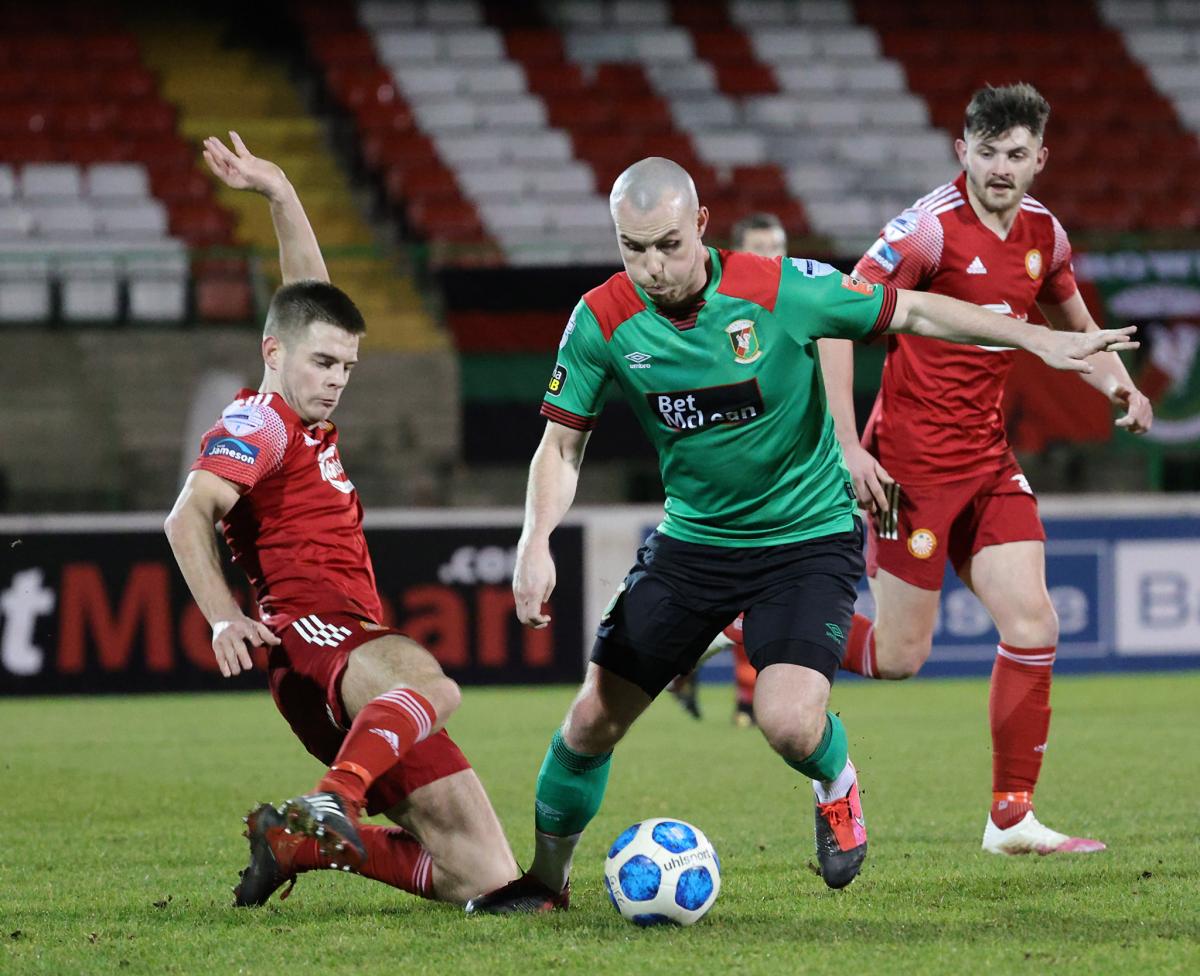 Our meeting at the Oval last month was closer than many had predicted. The Glens started superbly with goals in the first twelve minutes from Paddy McClean and Jay Donnelly, but despite a lot of good play and pressure,  didn’t increase the lead before Adam Salley gave us a nervous final ten minutes with his 80th minute goal.

Salley will miss the game as he serves the final match of a 3-game ban after being sent off in the recent draw at Coleraine. Young goalkeeper Jacob Carney, brought in on loan from Manchester United in January to replace the injured Ben Pierce, should keep his place ahead of the experienced Gareth Buchanan and midfielder Sam Warde could be in contention to start after impressing as a substitute against Cliftonville. Former Glens Right Back Nathan Kerr and winger Chris Lavery are likely to have to make do with places on the bench, however. 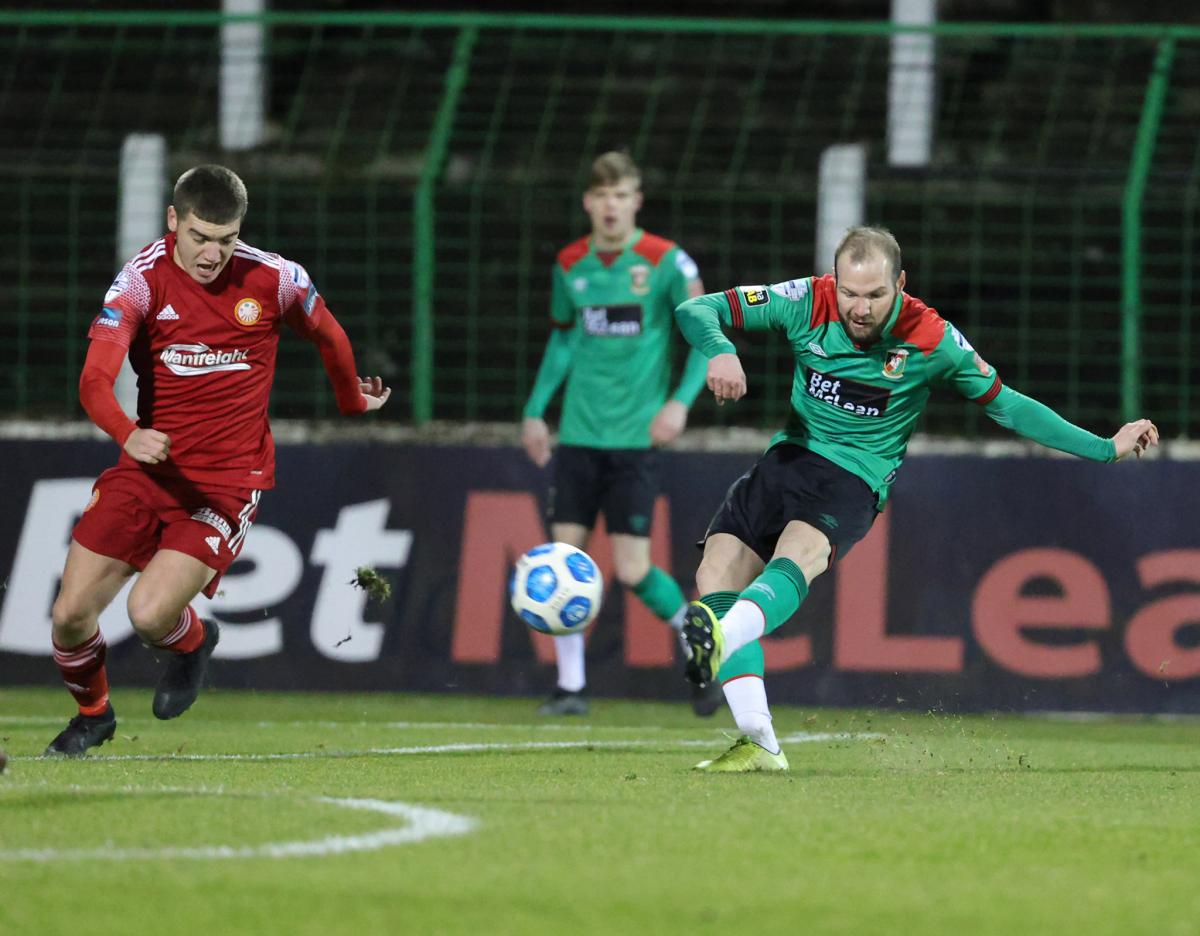 Mick McDermott: “There’s no doubt that Portadown are a lot better than their league position suggests. Their most recent performance against Cliftonville at the weekend shows that, and they’ve had some other very good results against teams in the top half of the league. They’ve got some quality young players and they’re brave enough to try to play football. So we expect a fight for the three points.

It was disappointing to have two home games called off, two games where we were hoping to do well and take the points. Now we have four away games, but the players have prepared well, we’re healthy and we’re ready to go.”

Supporters will be able to view the match live, as it will be on the BBC Sport NI website here.