Boosted by last Tuesday's win at Portadown, Glentoran travel to the National Stadium to face Linfield for a second time this season hoping to undo the late disappointment of our last trip in November. This one is the rearranged fixture from Boxing Day.

That night, a 95th minute Jimmy Callacher header rescued a point for the league leaders against the 9-man Glens. In a pulsating tussle, the hosts had led 1-0 at half time through Jordan Stewart but Glentoran equalised early in the second half after Paul O'Neill had followed up Robbie McDaid’s initial shot. Linfield were gifted the lead back in the 65th minute when a loose back pass put Dayle Coleing under pressure to clear and the big keeper took down the onrushing Stephen Fallon. Shayne Lavery scored the resulting penalty.

Glentoran levelled quickly when - in the best move of the game - Dale Gorman's perfectly lofted pass found Jay Donnelly and the striker controlled the ball perfectly to despatch an instant shot beyond Chris John's in the Linfield goal But we then found ourselves reduced to 10 men with 15 minutes to go when keeper Coleing's evening was ended early when he received a second yellow card after rushing out from goal and allegedly bringing down Lavery as the two contested possession. 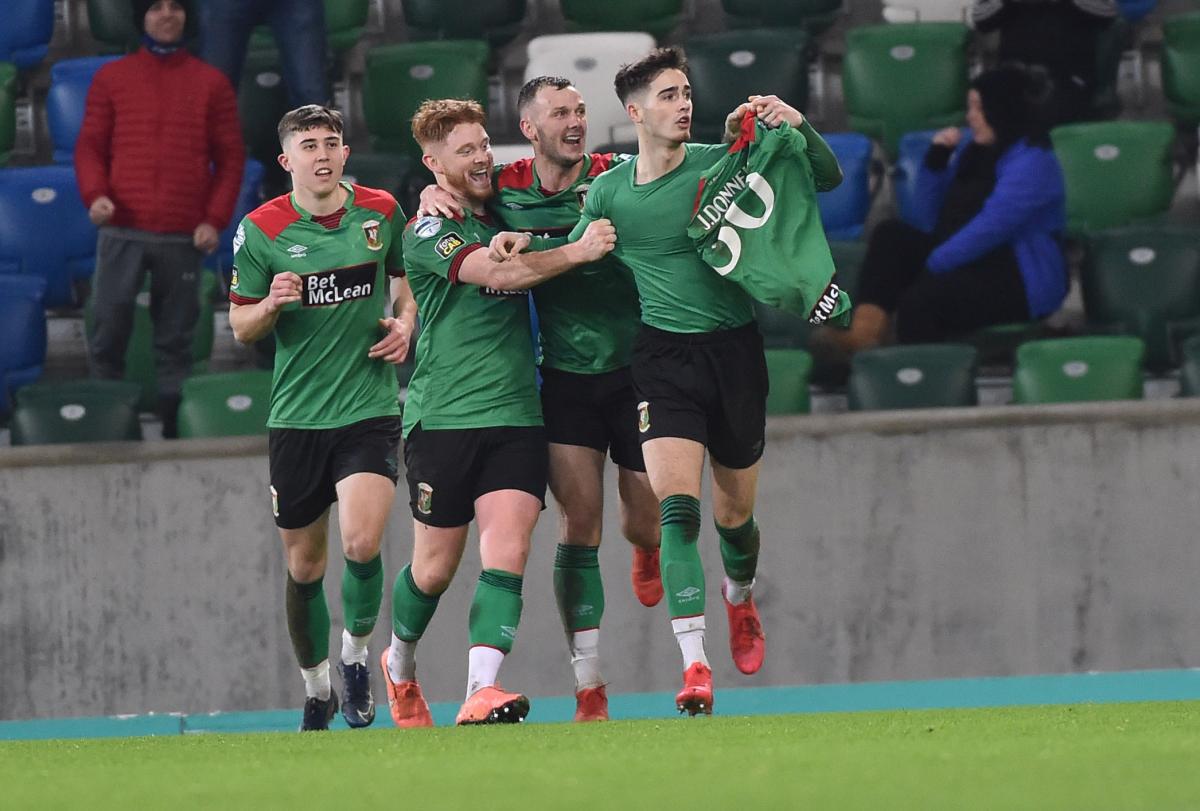 Surprisingly undeterred by this setback, the Glens stunned the home crowd in the 87th minute when O’Neill fed a pass to Donnelly and his quickly controlled lay off sent McDaid racing in on goal and the League's top scorer of 2020 made no mistake as his shot found its way past Johns and into the bottom corner.

Now on the verge of a first league win at The National Stadium since April 2014, there were to be 2 more incidents that would allow Linfield to hit back. Firstly, Seanan Clucas was dismissed for a foul on Navid Nasseri near the halfway line. As the hosts racked up the pressure, Stewart stood up an inviting cross for the mass of Blue shirts gathered at Rory Brown's far post to attack and Callacher made no mistake as he headed home with virtually the last action of the game to make it 3-3.
In the 11 games since the sides last met at the National Stadium, Linfield have won 6 and lost 3 before drawing their last 2 - away to Carrick and home to Coleraine. Our form has been marginally better with 6 wins, 3 draws and only 2 defeats (both away to Crusaders). So we have taken 21 points from 33 compared to the Blues’ 20. 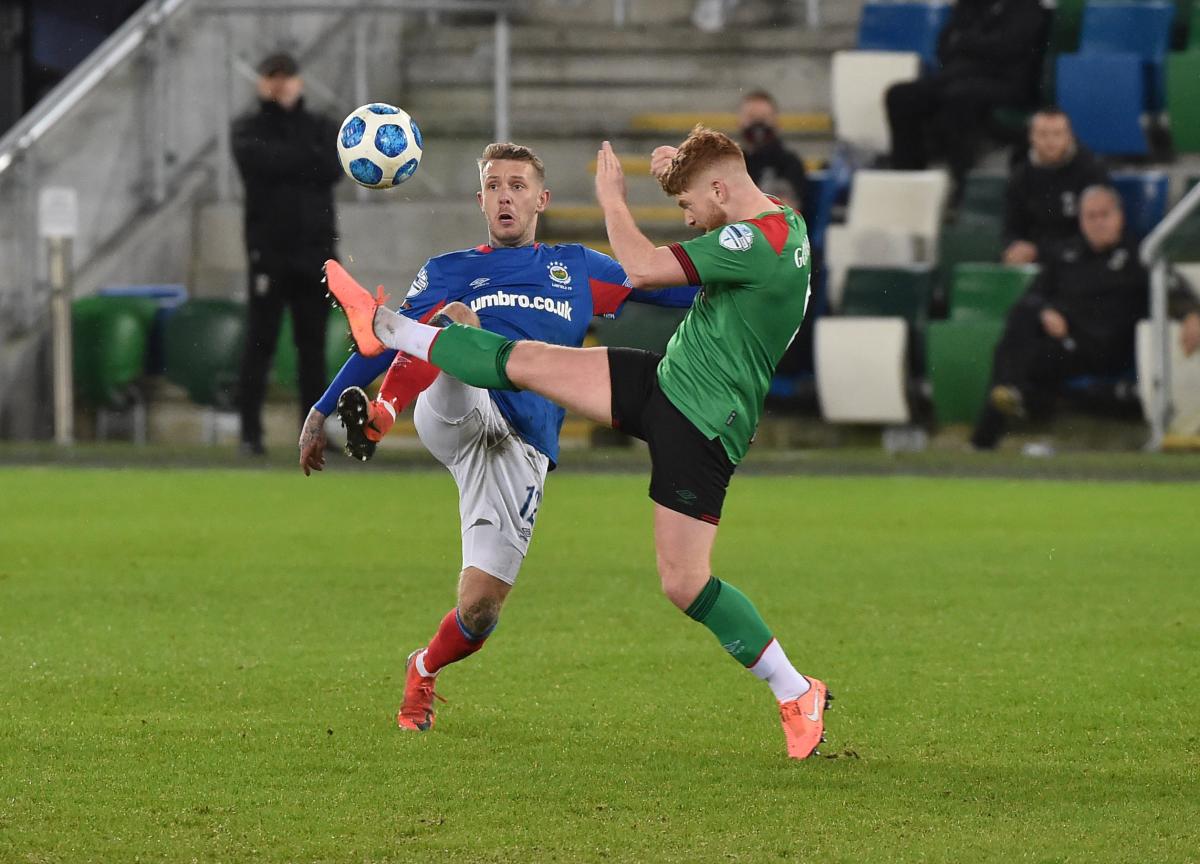 Winger Joel Cooper and striker Andrew Waterworth did not feature on Saturday against Coleraine, so Shayne Lavery is likely to lead the line again. Captain Jamie Mulgrew will be hoping for a return to the starting 11, having replaced Stephen Fallon from the bench on Saturday, while Navid Nasseri and Christy Manzinga will also be hoping for an opportunity after the Blues attack failed to produce in the last 2 games.

Mick McDermott: “It was disappointing to have another game called off at the weekend, but Tuesday night gives us a chance to play and to test ourselves against a good team in Linfield.  It’s always a challenge going to the National Stadium, but I know that on our day we’ve got enough ability to beat anyone. They’re obviously favourites to win the league, and they’ll be well prepared and organised. But our recent form has been pretty similar to theirs, so if we work hard and win our individual battles, I’m confident we can come away with the result we want.”

This game will be streamed live by Linfield HERE. Cost £7.50