This season’s delayed first “Big Two” game of the season takes place tomorrow night when we travel to South Belfast to play Linfield in the Danske Bank Premiership.

We will need to be on top of our game tomorrow night, as Linfield have started the League season in strong form - they have won all 6 games to date and scored a formidable 16 goals in the process. Interestingly, more than half of those have been scored by former Glentoran players, as Andy Waterworth has already contributed 6, Jordan Stewart 2 and Jimmy Callacher and Navid Nasseri 1 each.

It’s fair to say our record against our biggest rivals in recent years has been patchy at best, punctuated by those memorable Boxing Day wins at the Oval in 2017 and 2019. That most recent Boxing Day win was our last meeting when goals from Hrvoje Plum (2) and Elvio Van Overbeek gave us a comfortable 3-0 win at the Oval. A repetition of that performance would go down very well with the faithful watching at home.

Our last away win in this fixture was in a thrilling 4-3 Europa League play-off Semi-Final in May 2018. Having found themselves 2-0 down after an hour, a Dylan Davidson penalty gave Ronnie McFall's side a way back into the tie and John McGuigan drew the sides level 3 minutes later. A rare Willie Garrett goal and a further strike from the more familiar source of Curtis Allen saw the Glens through to the Final, though Steven Fallon's 90th minute goal for the Blues did ensure a nervy finish.

With an already strong squad to choose from, Linfield were further boosted by the return of Captain Jamie Mulgrew as a substitute in yesterday's 2-0 win over Glenavon. Shayne Lavery made a goalscoring cameo from the subs bench, but it is likely that manager David Healy will again start with Waterworth as CF, with Stewart and Kirk Millar supporting him. 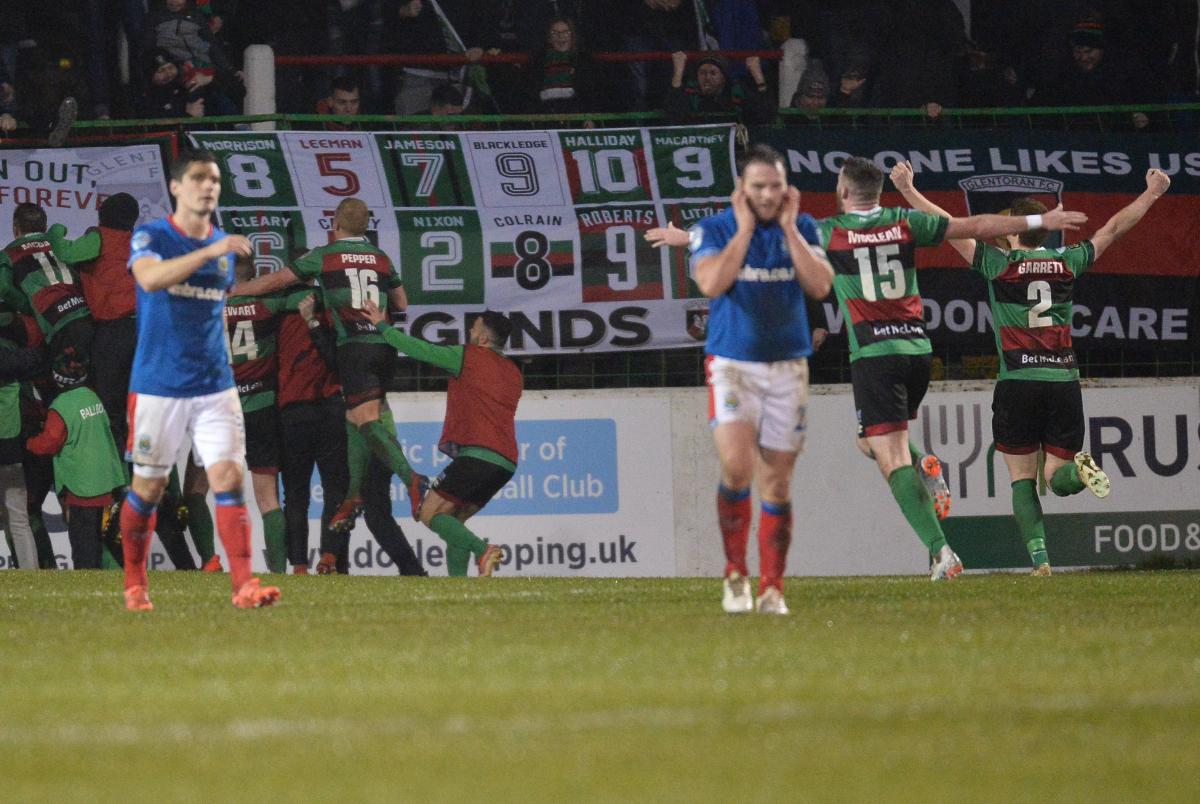 Mick McDermott: “Above all else, I’m glad to get back playing after three consecutive postponements. Its very frustrating for the players and myself when they’re working so hard in training to maintain fitness and sharpness to then not have a match to look forward to.

So it’s great to be back, and the fact that it’s against Linfield adds a bit of spice to the occasion. Derbies are special because of the opponent and the fans. It's different without the fans, but the players and management will approach it in the same way. It's three points and both clubs will be excited for it. We’ve pretty much got a full-strength squad apart from Bobby Burns and the boys are all very focused on the game. The four lads who were away on international duty are back and in great shape. Hrvoje is also fully recovered and has been doing very well in our training games. But with no seconds matches and the fact we haven’t been able to arrange any friendlies because of COVID-19 restrictions, he isn’t going to be match fit for a while yet. But when he is, we all know what a great addition he’ll be to the squad.”