Tomorrow evening we face Larne for the fourth time this season when we travel to Inver Park in the Danske Bank Premiership.

We have won the previous three meetings, the most recent in mid-October, when Paddy McClean’s 83rd minute wonder strike on top of two cracking goals from Paul O’Neill gave us our second 3-2 win in four days, having done so in extra time at home in the County Antrim Shield with goals from Navid Nasseri, Elvio Van Overbeek and Darren Murray. These were preceded in September by a 2-1 home league win when goals from Paul O’Neill and Marcus Kane cancelled out an early opener from Jeff Hughes.

Last time we went to Inver Park we started the game two points and two league places ahead of Larne. This time the gap is five places and fifteen points. However, this is likely to be as challenging and even encounter as the previous three. Larne will be looking to bounce back from a 3-0 defeat at Seaview last week.  They have had a surprisingly quiet transfer window so far. Although Linfield and ex-Crusaders midfielder was announced as a permanent signing yesterday and will be eligible for Saturday’s game. 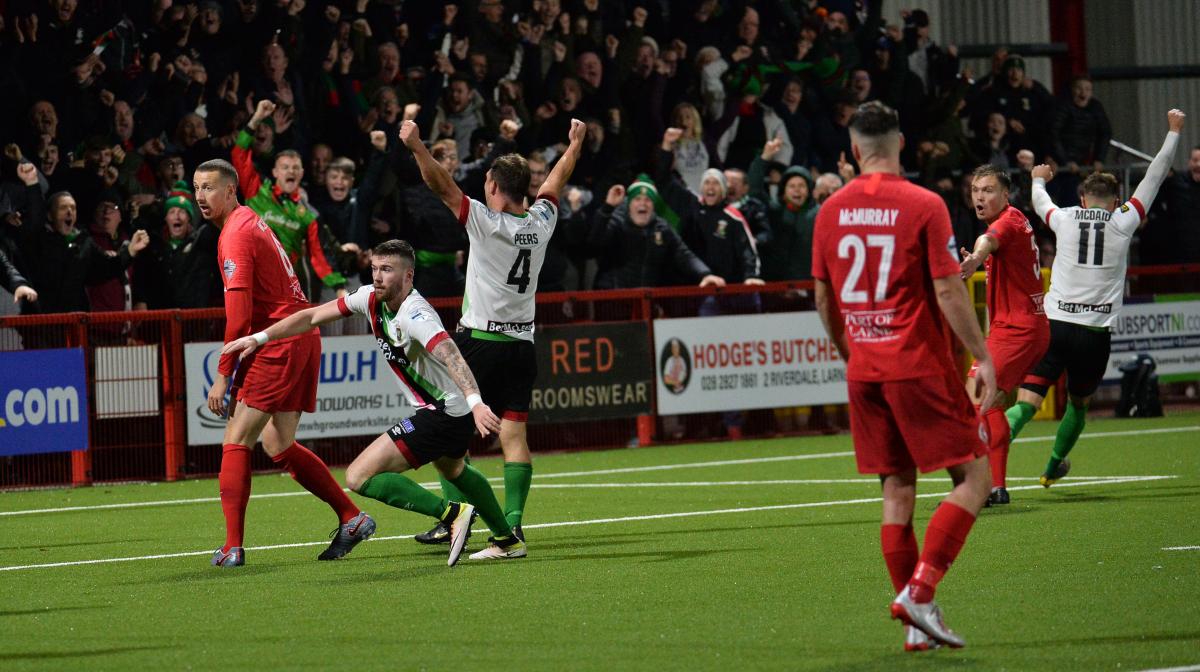 Mick McDermott: “Last week I was very pleased with our win at the Brandywell, particularly considering our failure to win there not so long ago. We needed to make a few changes, particularly with Peersy out and Joe Crowe ill, and I was delighted with how well Keith, Caolan and Andrew did on their first games with us, and with Ciaran when he came on and Paul’s return from suspension.

We’ve had three brilliant encounters with Larne so far this season, well matched and with both teams playing well. Tiernan has built a very strong squad of players and we’re all looking forward to another tough battle this weekend. We’ve certainly prepared for it on that assumption.

Robbie is suspended for this one and Curtis is a week away from playing. But Peersy is back from his suspension and everyone else is fit. 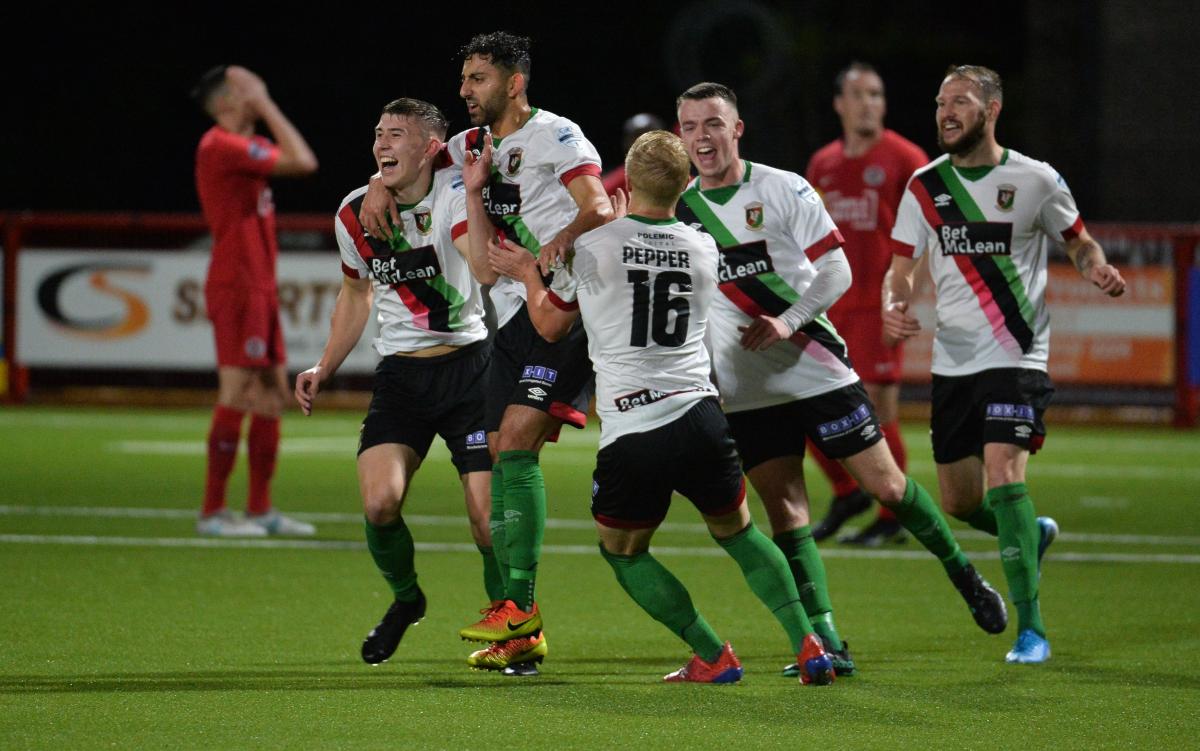 There’s been a lot of transfer gossip this week, and yes, we have been pursuing several targets in key positions. Our supporters will be first to know when we sign someone. Also, there was a rumour in the media yesterday that Linfield are interested in Robbie McDaid. This is probably only a rumour, but I want to assure our supporters that if the Blues want Robbie, they’d need to offer us Windsor Park and even then, they wouldn’t get him. Robbie has been outstanding for us and he’s a true Glenman, so he won’t be going anywhere. We won’t achieve what we want here by selling our best players.

Finally, Paul and I were in London this week to meet with Ali Pour. Ali is absolutely delighted with how our project is progressing and he particularly wanted to emphasise how impressed he is with the Glentoran support and the impact the club’s improved fortunes are having in our community here”. 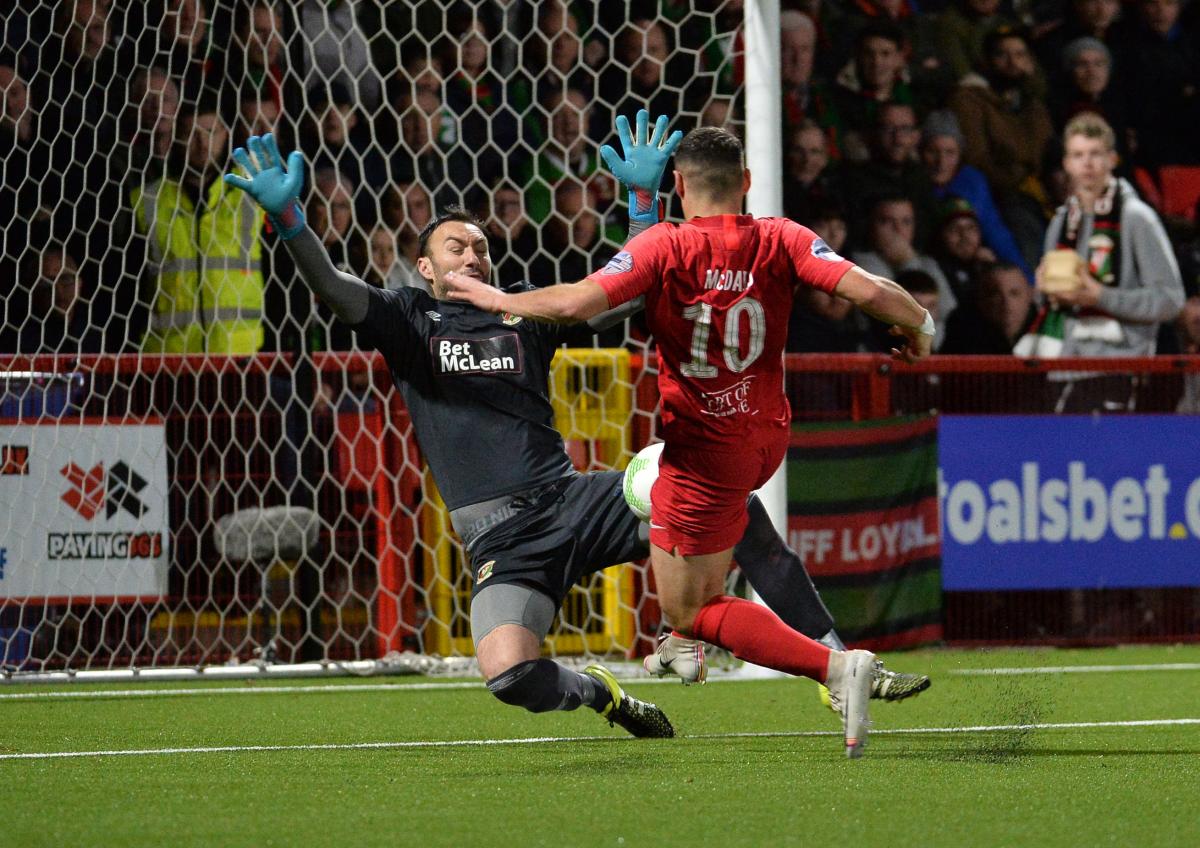