Tomorrow evening we welcome our old rivals Linfield for the first "Big Two" match of the season.

Glentoran have won 3 of the last 5 League meetings between the teams at the Oval, the most recent of which was a 3-1 victory at the start of March - Jay Donnelly and Conor McMenamin netting in the first half and Rhys Marshall grabbing his first for the club in the second half to secure the points after Stephen Fallon's goal just before the break had threatened to give Linfield a way back into the contest. In May, a 0-0 draw that saw Robbie McDaid have his penalty saved by Chris Johns in the Linfield goal, extinguished any lingering hopes we had of pushing the Blues to the final game of the season in the race to secure the Gibson Cup.

Linfield will be without Christy Manzinga, the in-form striker was dismissed early in the second half of Saturday’s 0-0 draw away to Glenavon and must now serve an automatic ban.

Boss David Healy is likely to make changes to his side, with summer signing Matt Green in line to replace Manzinga up front and Jamie Mulgrew and Stephen Fallon pushing for recalls in midfield. Healy may also opt for Kirk Millar ahead of Martin Donnelly as a wide option in his front three.

After opening their season with wins over Crusaders and Portadown and winning comfortably at Ballyclare in the League Cup, Linfield have been held to frustrating draws in their last 2 games and find themselves in 6th place in the early table. 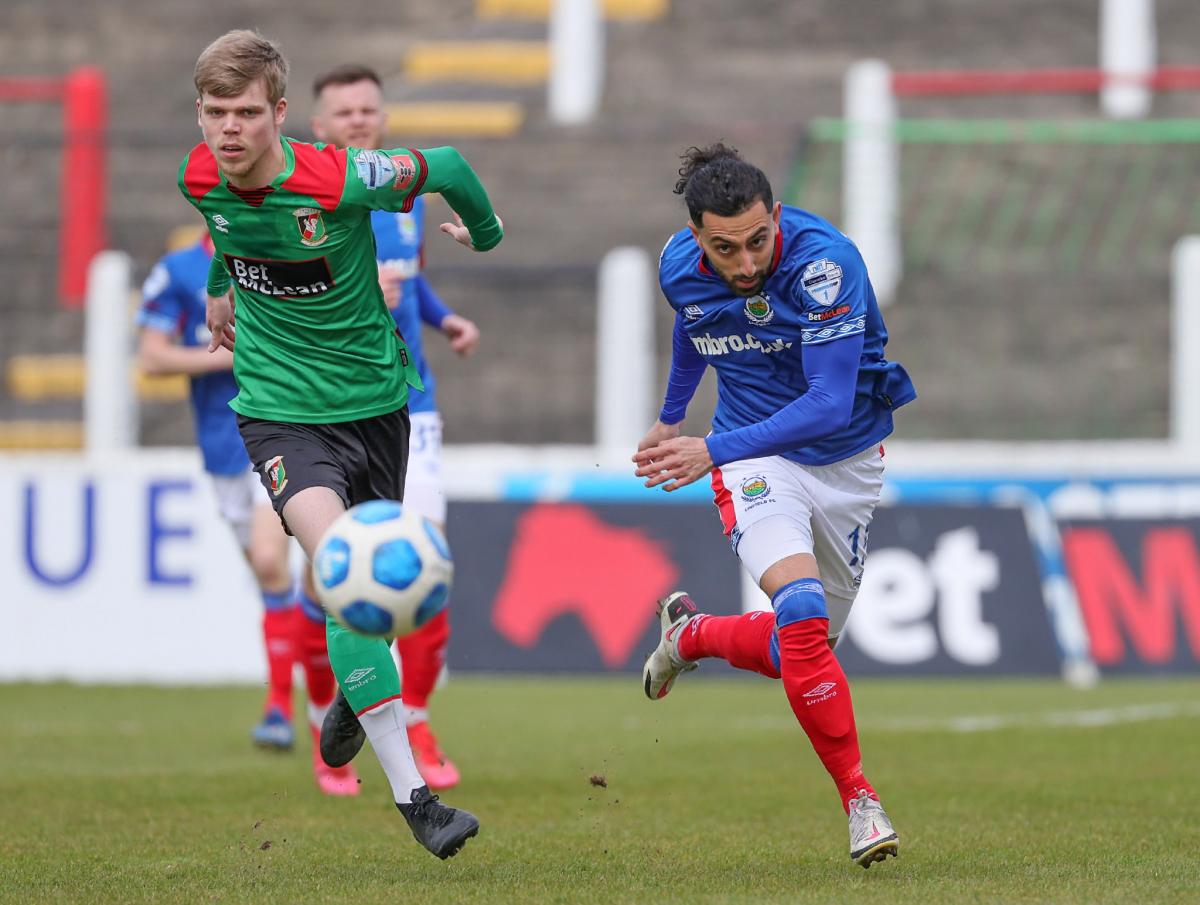 Mick McDermott: “There were very few positives to take from our defeat by Crusaders on Saturday. That was probably the worst performance from a Glentoran team in the two years we've been here. There's no way to sugarcoat that and we haven't done. Crusaders won very easily, and the reality is they could have had another one or two while I think we only had one shot in the whole off the second half. It was also very disappointing for that to happen in front of our supporters at the Bet McLean Oval, somewhere we have worked hard to turn into a fortress since we've been here. But the important thing is to regroup quickly, to learn from what we did wrong against Crusaders and to make sure we don’t repeat it.

So now we're looking forward to this evening's game. These are always special matches but this one will be even more so since it's the first big two game West a significant number of spectators for quite a while. so the players although how determined they are to put on a strong performance to get the right result for a Glentoran fan base that has been starved of this fixture for so long. This group of players have a good recent record in Big Two games, and I firmly believe that success in high profile, high pressure derby matches comes primarily from belief and that in turn comes from having done it successfully before. The key here is for the players to approach the game professionally, to not get too wound up and to build on what they have previously achieved in this fixture”. 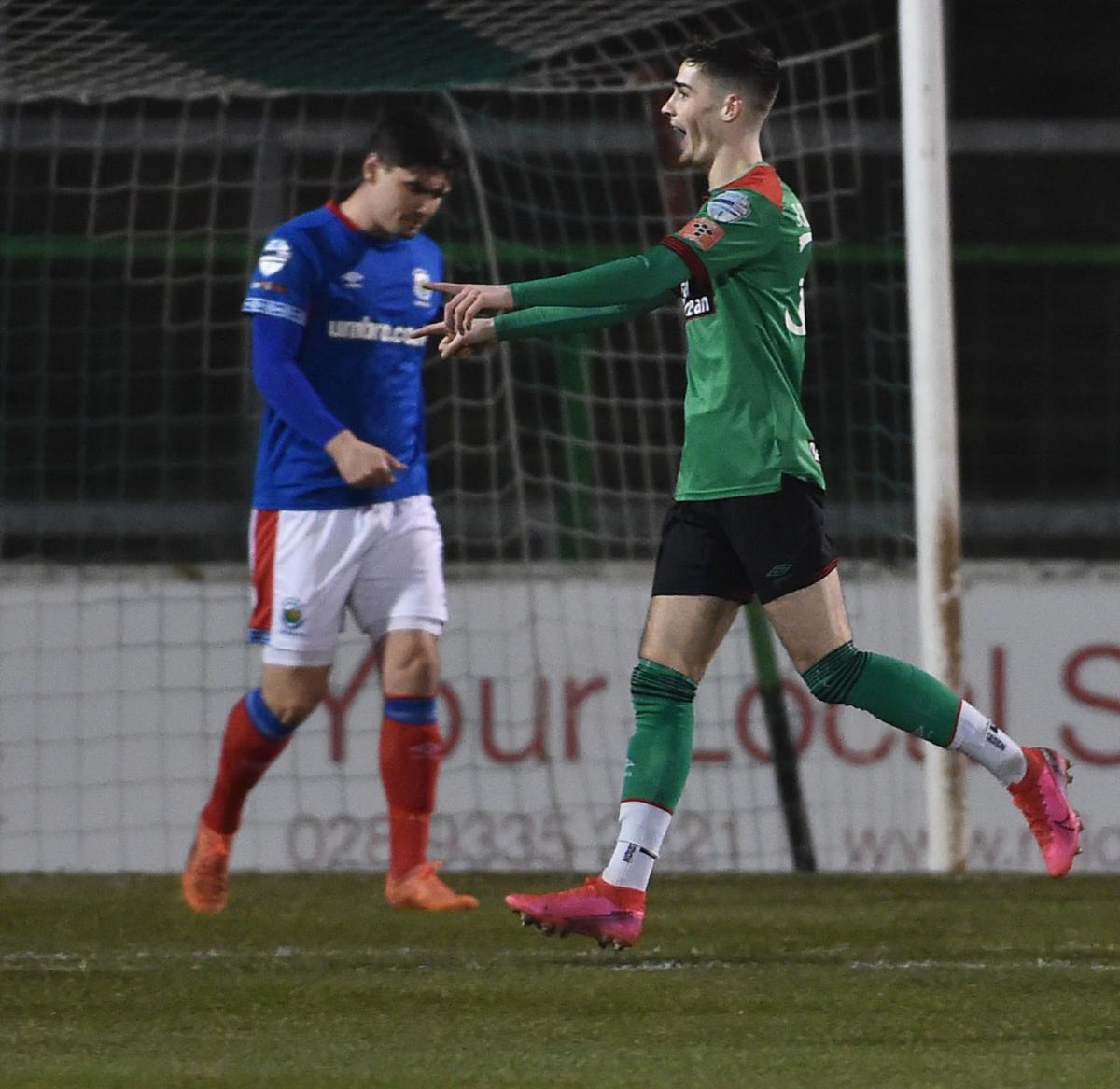 This game is all ticket and sold out.

We strongly request that supporters respect the rights of the local residents by parking well away from housefronts in the immediate locality. There is plenty of available parking at the Holywood Arches Health Centre.

We will have two very deserving charities represented at the Bet McLean Oval before this game:

Poppy is 9 years old and lives in the Cregagh Estate here in East Belfast. In January this year, Poppy was diagnosed with a malignant tumour in her head (Sarcoma).  Immediately chemotherapy started but then came to an abrupt halt. Poppy had to have 2 separate surgeries on her skull to remove the tumour and a metal plate was inserted. Poppy being the absolute warrior that she is did all this without complaint. While chemotherapy had stopped to allow the necessary operations, there has been a significant spread to her chest & lungs. Chemo cycles have started again. Poppy has had a CT Scan and thankfully there has been shrinkage!

Poppy is now on cycle 7 of chemotherapy and has completed 29 sessions of radiotherapy on her head. One more to go & then 10 sessions on her lungs. She is a warrior!

All this comes as a major blow to her family, not just emotionally but financially. Chemotherapy blasts each require a 6-day stay in hospital, so the family are split in half to ensure that someone is not just with Poppy at all times, but also to make her sister & little brother have a normal life during the process.

The campaign - Pounds4Poppy – has been launched as it is hoped that with the public's help the family can send Poppy and her much loved brother and sister along with mum & dad on a staycation or if necessary, help towards payment of any medical trials Poppy may still require.

Additionally Glentoran fans are in with a chance of winning a bottle of gin as the Eimear's Wish charity will be welcomed at the Bet McLean Oval tomorrow evening to raise awareness of stem cell donor registry.

Eimear's Wish is a Belfast based charity and is dedicated to raising stem cell donor awareness. The charity was set up to honour the memory of Eimear Smyth, who sadly passed away aged just 25 following complications after donor stem cell transplant.

The charity will be handing out tickets to home fans at the turnstiles, with a draw taking place at half time with the winner receiving a bottle of Eimear's Wish gin.

Every 20 minutes in the UK, someone is diagnosed with a blood cancer or blood disorder and for many patients their only chance of survival is Donor Stem Cell transplant. With only a 30% chance of finding a match from a family member, most will be reliant on a complete stranger having joined the Stem Cell Donor register at Anthony Nolan or DKMS. Every year, 30 or more people from Northern Ireland need to find a non-related stem cell donor to have any chance of survival. Fundamentally, the more donors that can get on board, the more hope that can be created. 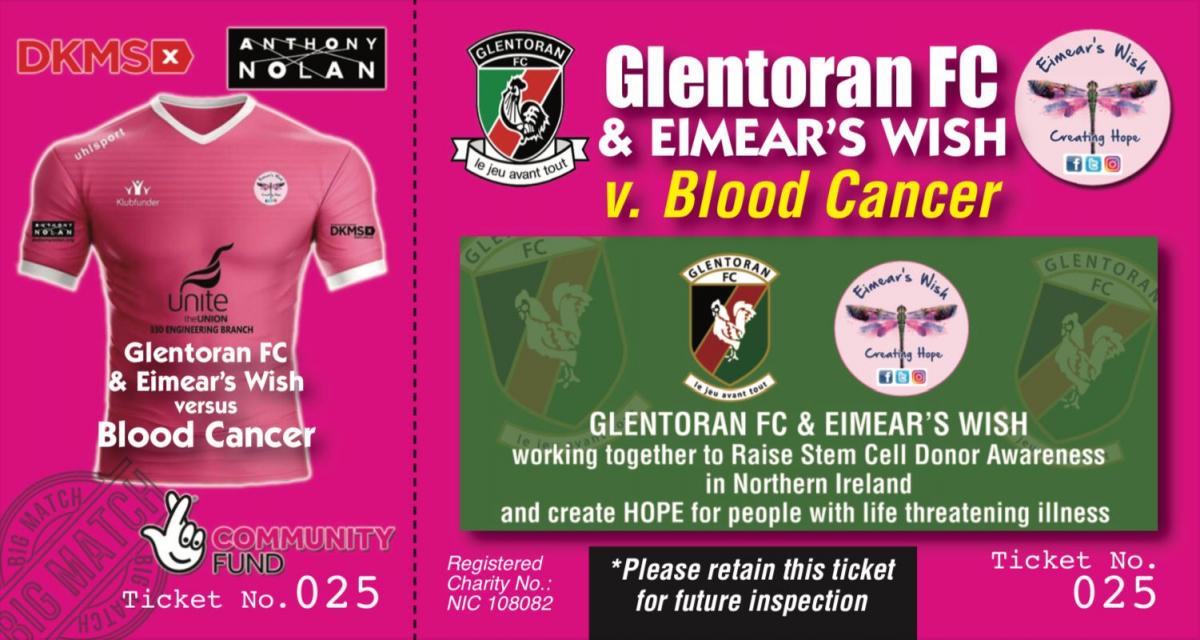