Having endured a very difficult start to their campaign, Dungannon Swifts have started to find their feet in this season’s League campaign, with Saturday’s win over Glenavon at Stangmore Park taking them 12 points clear of bottom placed Portadown and within a point of tenth placed Newry as Dean Shiels’ side look to haul themselves out of the relegation playoff position.

Saturday’s win was a fifth in succession at Stangmore Park in all competitions, but Swifts have continued to struggle on their travels;  the 0-0 draw they picked up against Portadown at Shamrock Park on January 2nd is their solitary away point so far and they have scored only 4 goals in 11 away fixtures while conceding 30.

This season’s previous encounter at the Oval was notable for Gerardo Bruna’s spectacular equalising goal from his own half after Jay Donnelly had opened the scoring. But the Glens - having already won 1-0 at Stangmore in August thanks to Jay’s late penalty - eventually emerged as 3-1 winners thanks to a Conor McMenamin double in the second half.

It has been a quiet January transfer window so far for the Swifts, with Scottish forward Joe Moore - most recently with Portadown the only new arrival to date and no permanent departures.  On loan forward Ben Cushnie and defender Darren Cole are ineligible to face their parent club. Another former Glens player, Michael O’Connor grabbed the winner against Glenavon but was later sent off.

Rodney McAree: “I’m very happy to have won on a heavy Newry pitch on Saturday. It was pleasing leased to see Niall get first Glens goal. It definitely helped the team settle and get on top. During the game we saw signs of a partnership between Niall and Jay and I also thought thought Jay looked a lot more like his old self with two very well taken goals. Aaron Wightman did very well in his start and his  speed is another weapon for us to exploit. Overall a good solid performance from the boys.

Swifts come to us off the back of some positive results. They will be keen to climb above Newry as quickly as possible,  so we have to be on our guard and make sure we are at the top of our game and work extremely hard to get the result we want. They have a good mixture of youth and experience and players in attacking areas that can hurt you if allowed, so we need to focus on the areas where we can hurt them and utilise the quality we have amongst us panel of players to the best of their ability.

It's a pity to lose Paddy to suspension  but I’m happy we have Aidan Wilson available to replace him tomorrow night.” 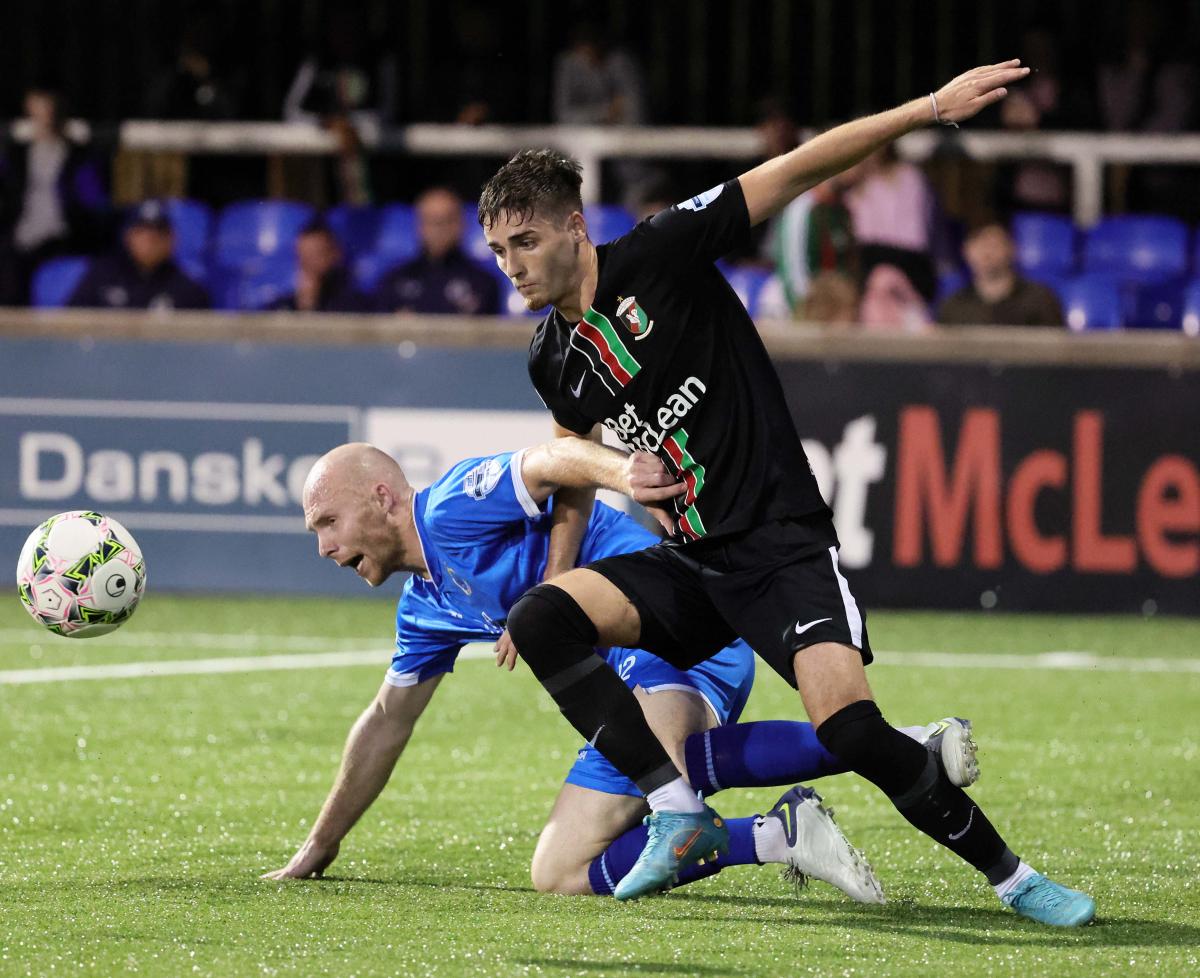