The goalkeeper position has been a massive headache for Shiels in recent weeks. with Linfield loanee Alex Moore unavailable since mid-October and deputy Michael Quinn also sidelined, the Swifts have been grateful to be able to draft Niall Morgan back into the fold on a short-term basis and have also had to call upon coach (and former Glentoran keeper) Dwayne Nelson to cover in the interim. They have also been without on loan Coleraine defender Aaron Canning in recent weeks, but otherwise have been able to field largely the same in most games, including our former players Keith Cowan and James Knowles and their impressive NI under 21 midfielder and Captain Oisin Smyth.

With nine points from their opening thirteen games (the other ten ending in defeat) Dungannon find themselves in 10th place at present, just above Portadown and six points clear of beleaguered bottom side Warrenpoint Town. Manager Dean Shiels has sought to build a side playing neat attacking football and this has been borne out in the fact there have been more goals scored in games contested by Dungannon (56 in total) than any other side in the IPL so far. Midfielder Ryan Mayse, back for a second spell at the club after moving to Ballymena United, has rediscovered some of his old form and is top scorer at present with five league goals. Not far behind are striker Joe McCready with four and midfielders Rhys Campbell and Darragh McBrien on three apiece. Having lost all eight games played against top six teams so far, Dungannon will be hoping to arrest that trend and go one better than the opening game of the season at Stangmore Park, when they pushed the Glens right to the end before eventually losing 3-2, the Glens’ goals coming from Robbie McDaid, Conor McMenamin and Rory Donnelly.

Dungannon last won at the Oval in January 2019; their 4-2 triumph providing to be Ronnie McFall’s final game in charge of the Glens. They have lost all three of their visits since then however (conceding thirteen goals in the process) and you have to go back to March 2013 for their last win in East Belfast prior to that.

Weather permitting, a number of Glentoran's most celebrated captains and managers will take the field at half time. We know all Glentoran supporters will make these legendary figures the Bet McLean Oval welcome their triumps so richly deserves. 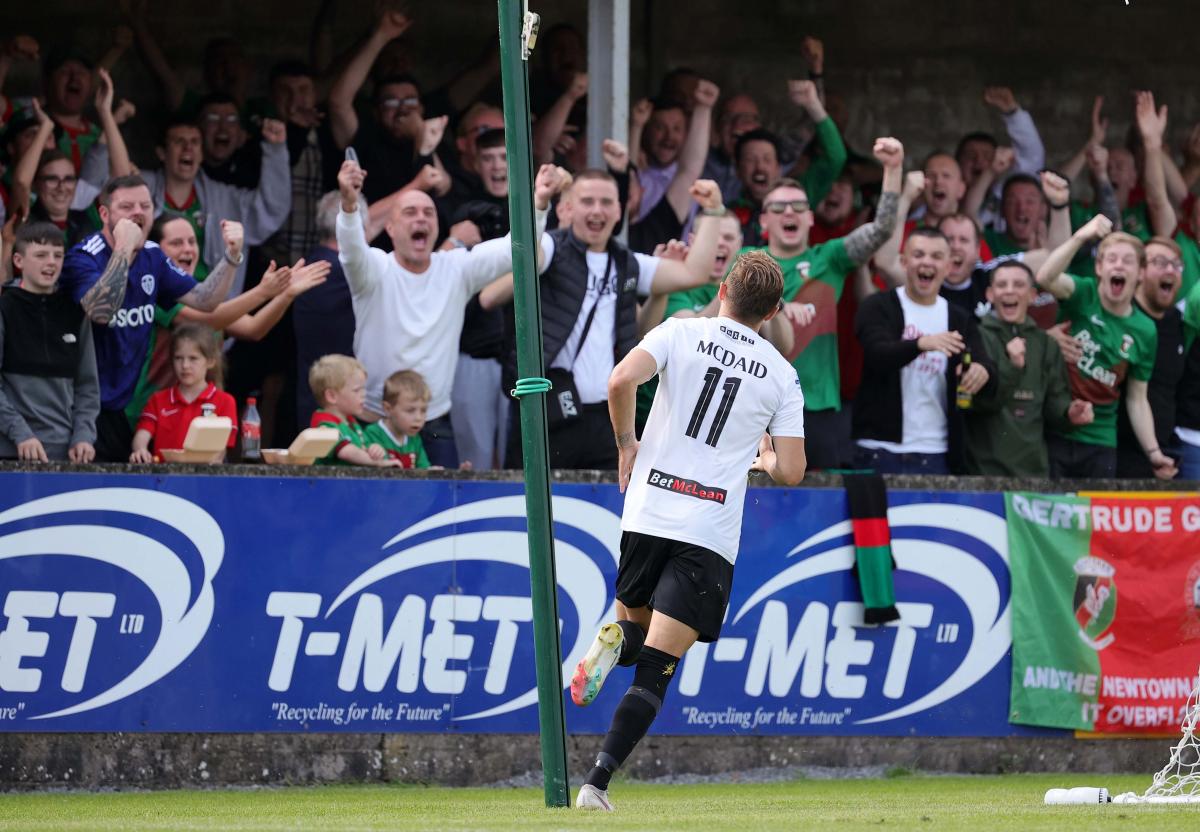 Mick McDermott: “Last Saturday at Seaview was a very good, very entertaining game that I thought we deserved to win. The Crues had a couple of decent chances early in the game, but Aaron made one very good save in particular from Paul Heatley and after that the game settled down and I thought we were the better side for the rest of the game. That was our second consecutive clean sheet, our eighth game in a row unbeaten in the league and our third win in a row. The clean sheet was important and is a credit to the players as they talked in depth about our need to get back to the sort of defensive strength we had last season when we had the best record in the division. That’s what our supporters expect, and I was delighted with how strong our fans were in support of us at Seaview. That means a lot to the boys, and I know the win at Seaview meant a lot to the fans. 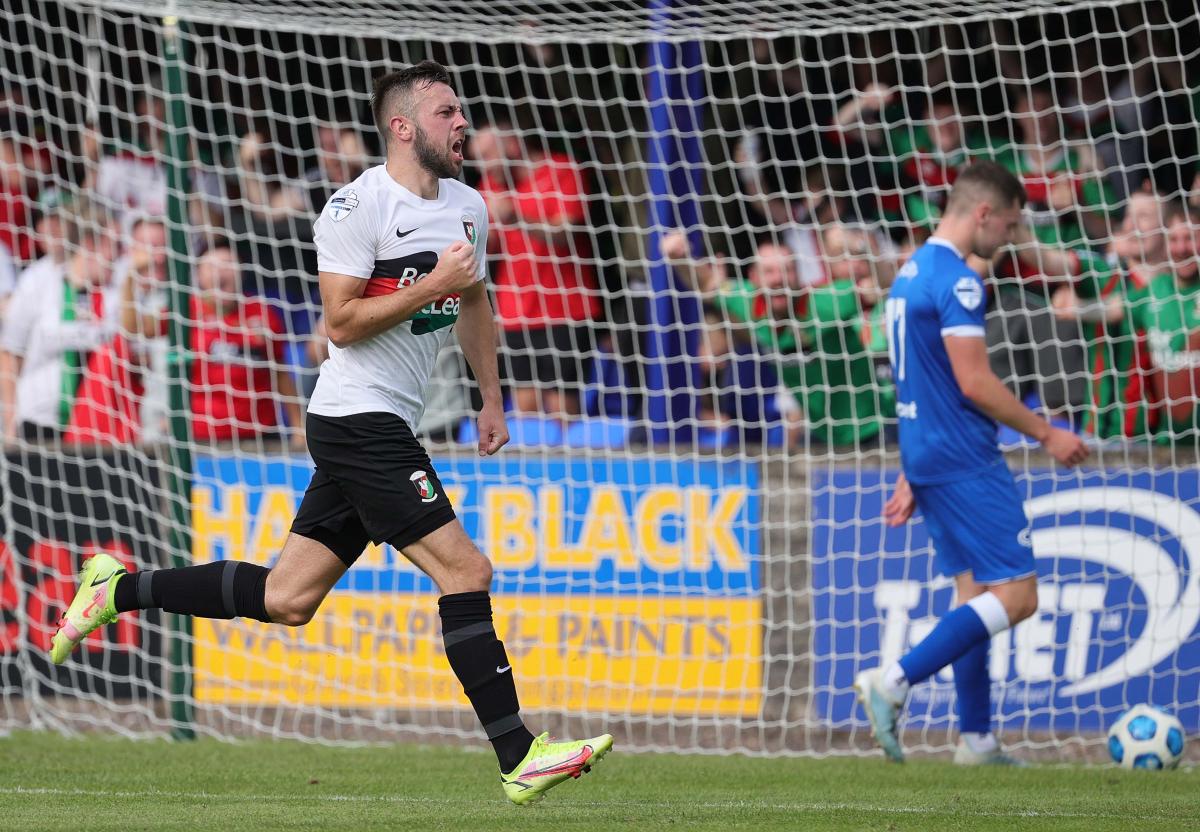 Obviously, we’ll be without Luke for tomorrow and for the rest of the season after picking up an ACL injury against Ballymena in our last home game. That’s a blow to us as he was settling very well into midfield and also because he gave us other formational options for the back. But we’ll look after him and get him back to his best. Marcus is still some time away, but Shay is back in contention now and its great to see players like Seanan Clucas and Joe Crowe getting their fitness levels up now they’re getting more game time. I thought the two of them and Hrvoje were excellent at Seaview, putting in the sort of midfield performance you need to put in against Crusaders.

I know Dungannon Swifts have had a tough start to the season, but they had a very good win over Portadown last Saturday and Dean has them playing a very nice brand of football. As always with the Swifts they have a pretty young team bolstered with a few experienced players like Keith Cowan who served us so well, and Joe McCreadie. They may be young, but they have a lot of talented young players, so we’ll respect them, take them seriously but still expect the win tomorrow night.”

Friday's match will be streamed live by GlensTV with Performa Sports for those unable to make it to the Bet McLean Oval.

The stream will cost £10 and will be available online at the following site from our own bespoke club page:

The game will be filmed by David Kerr of GlensTV. Commentator for the match will be Aaron Agnew, alongside our all-time record appearance maker Colin Nixon.

Hinch Distillery is located in Killaney Estate, just outside Ballynahinch in County Down. Home to Hinch Irish Whiskey and Ninth Wave Irish Gin. Visitors to Hinch Distillery have the fabulous opportunity to see behind the scenes of our distilling operations on one of our guided tours. From the earliest design stage of the distillery build everything has been designed not only to produce world-class whiskey & gin but to allow visitors an unprecedented up-close view of the whole process.

Hinch Distillery can be found online at https://www.hinchdistillery.com/