Tomorrow night we play Cliftonville for the first time this season

Last season was one of absolute frustration in our matches against the Reds. We played them four time, losing all four. The three league matches we lost to last minute winners – twice after scoring first - and in the Europa League play-off in May we lost at Solitude for the third time in the past four seasons. This one was in injury time. While one could say that the tight margins in all four games proved there was very little between the teams (which was true as anyone who attended them will confirm), our own carelessness and lack of concentration in the closing stages cost us in at least three of the games, as it did throughout the season. Our late winners against Ballymena, Larne and Warrenpoint in the past few weeks hopefully indicate that particular problem is behind us.

Cliftonville are currently three places and two points ahead of us, so a win tomorrow would see us leapfrog the Reds. They have lost the same number of games as us, but their lead is because of an additional win whereas we’ve drawn one more. Both sides have scored the same number of league goals, but the Reds have conceded fewer due to our second half collapse at Seaview last week. So overall there is little between us, so an open and hard-fought match is in prospect.

Football reporter Alex Mills spoke to  www.glentoran.com about the Reds’ form so far: “Although Mick McDermott will have done his homework his team’s opponents, he’ll be unsure of what Cliftonville team will turn up on the night. That’s because they can be devastatingly good at times . . . or they can be quite plain ordinary.

Manager Paddy McLaughlin lavished his boys with praise following their first half performance against Ballymena United last Saturday, but they surprisingly didn’t reappear for the second 45 minutes, which cost them three crucial points. And, even though the Reds can parade one of the most lethal strike forces in the country in the form of Joe Gormley, Ruaidhri Donnelly and Ryan Curran, they tend to leak goals at the other end.

McLaughlin beefed up his squad over the summer, bringing Conor McDermott, Seanna foster, Ronan Doherty and Ronan Wilson to Solitude, but the loss of defender Levi Ives, due to a metatarsal injury is a blow”. 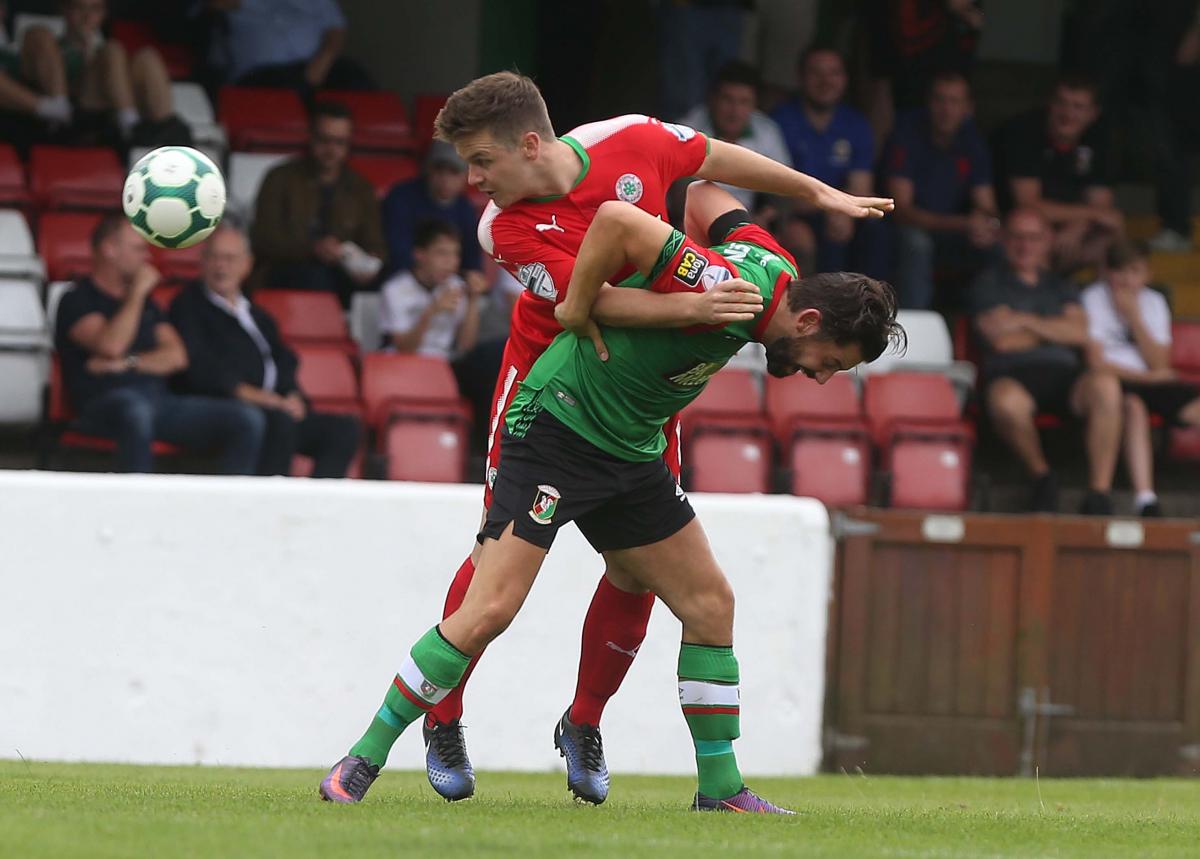 Mick McDermott: “Against Cliftonville tonight we’ll have the opportunity to bounce back from last week’s disappointment and the players are charged up to take that opportunity. Cliftonville are a very dangerous team with a front three as dangerous as any in the league. Like ourselves, they’re coming off the back of a defeat last week, so they’ll be looking to put in a performance and get a result. But we’re at home and with our big support getting behind us as well as they have done so far, we’ll go into the match with confidence and complete commitment.

On the player front, Jonny Frazer came back in against Crusaders last week while Tom Byrne is fully fit now and had an hour for the seconds on Tuesday night. It’s good to have him back in the squad.  Gavin Peers is still doubtful, but Stevie Gordon has done very well at centre back since Gavin has been out. It’s a testament to Stevie’s commitment and versatility that he’s able to come in at short notice and perform so well. Every squad needs players like Stevie. Curtis Allen and Calum Birney are at the early stages of training after their injuries but they’re on their way back. Navid Nasseri's international clearance is complete so he comes into contention for selection.

I’m pleased to have signed Navid Nasseri until the end of the season. I’ve known about Navid for a while and when he was at Gillingham, we called him into the Iran Under 20 squad. I was alerted to the fact that he was looking for a club so we brought him over to train with us for the past couple of weeks to see what he can do. He did very well so we’ve brought him in for the rest of the season. He can play either number ten or cutting in from either side. We’ve got a lot of matches over the next few weeks with cup games, etc and we want a few more. So Navid will get his chance over the course of that period. I think he’ll give us something we haven’t got so I look forward to him doing well for Glentoran.

Finally, congratulations to Paul O’Neill on his first call up for the Northern Ireland Under 21 squad. Paul fully deserves that for the hard work and performances he’s put in since the start of the season. I’ve been told that Paul is the player who’s been with our Academy from the junior/foundation stages to be called up at this level while still at the club. I know Paul will do himself and Glentoran proud if he gets his chance.”

Insec Security provides intelligent security solutions to Commercial, Domestic and Industrial markets using the latest technology which has put Insec at the forefront of security in Northern Ireland.

The team has developed bespoke Alarm Monitoring and associated security services which assist Construction sites, Property Management companies and Housing Associations. Insec supply this service to buildings and property all over Northern Ireland.

Our aim is to provide a high-quality CCTV monitoring and escalation service supported by our Mobile Response Unit and our fully equipped Patrol vehicles. Insec's success is through the company’s attributable commitment to quality, forward thinking and the introduction of new technologies as they are introduced to the market.