This will be the first time the sides have met in the League Cup since October 2014. On that night at Mourneview Park, Glentoran were to record one of our more emphatic away wins of recent years. After being given an eighth minute lead via Curtis Allen, Glenavon got back on level terms in the 22nd minute when defender Connor Dillon slotted home, only for midfielder Fra McCaffrey’s penalty to restore the lead just before half time. In the second half, Eddie Patterson’s team stepped up a gear and, either side of a Jordan Stewart goal, McCaffrey went on to complete his hat trick and help record a 5-1 win. 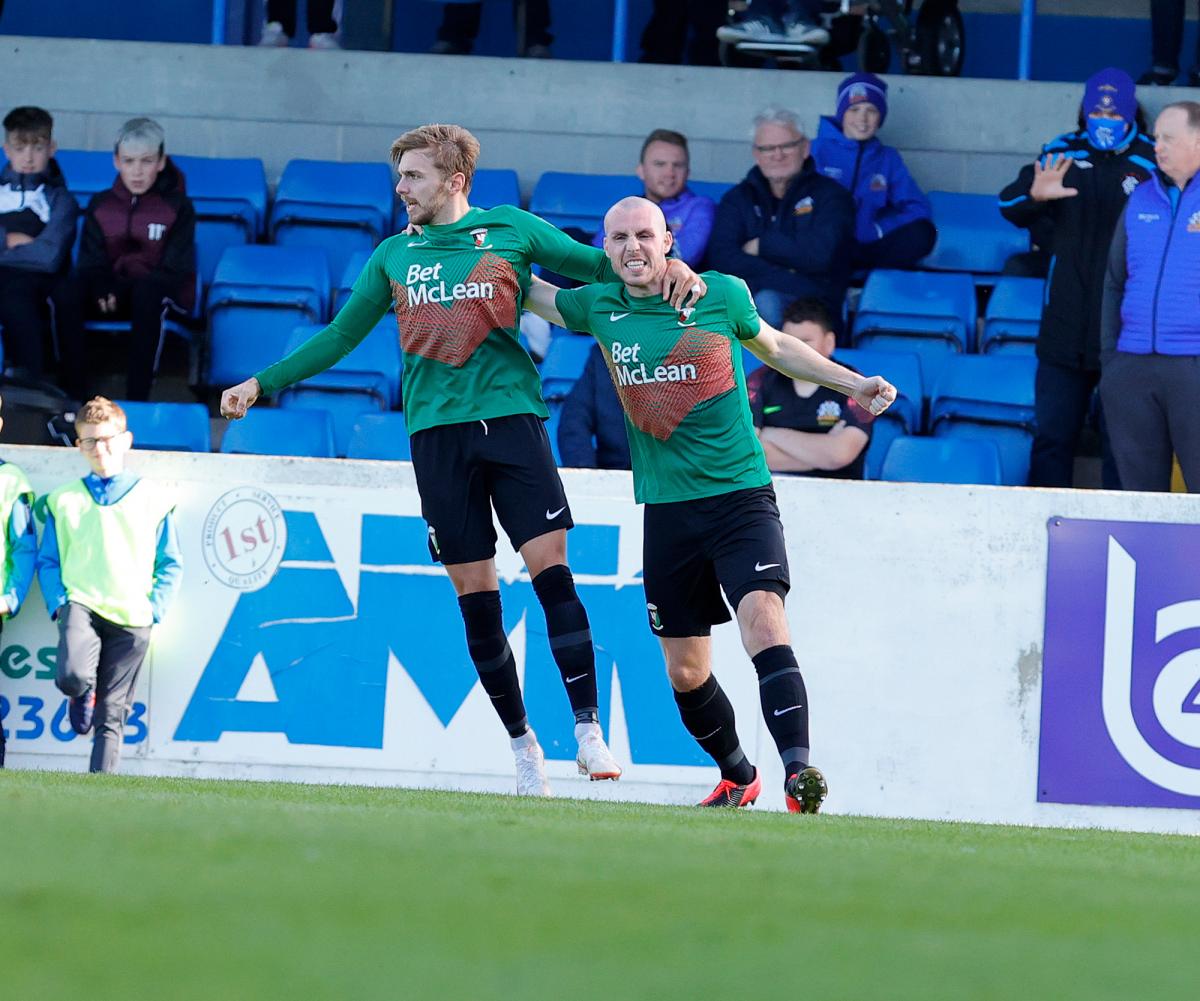 While international break postponements have given Glentoran an enforced break since the clubs met in the League game ten days ago, Glenavon picked a credible and much needed point in Friday’s 0-0 draw at Coleraine. Hamilton rung the changes to his back line for that game. Former Glentoran goalkeeper James Taylor replaced Declan Brown and is likely to retain his place after saving a penalty en route to keeping that clean sheet. In front of Taylor, another ex-Glentoran man Aaron Harmon pitched in at RB, with Sean Ward moved into the middle alongside Mark Stafford, who returned to the side in place of injured ex Linfield colleague Mark Haughey. Further forward, wingers Kyle Beggs and Peter Campbell replaced Andy Waterworth and Andy Hall, who in turn dropped to the bench. With an important league game coming up against Dungannon at the weekend, Hamilton may be tempted to give more playing time to youngsters Jack O’Mahony, Josh Doyle, Ross Hunter and Jamie Doran.

Mick McDermott: “I was very pleased with how we played at Mourneview last week and felt we fully deserved our win. We were very positive in the first half, but Glenavon really made us scrap and battle in the second half to hold out for the win, But that’s the sort of thing you expect at Mourneview. Glenavon have a good squad of players who’ll always make you fight hard for anything you’re going to get from them. It’ll be no different tomorrow night, I’m sure. We showed great character to come back so quickly after they equalised and all credit to the likes of Seanan, Joe and Rory for coming on as subs and playing a big part in seeing out the win. That’s why we need a big squad full of big characters like that.

We’ve obviously had ten days or so without a match, so we’ve used the time intelligently to prepare ourselves well for the Glenavon and Coleraine games and to get a couple of injured players nearer to fitness. As I said before, Mourneview is a hard place to go at any time as Glenavon is a team that sets up in a way that will give any team a hard game. They had a good result at Coleraine at the weekend which will give them a big boost so I’m expecting to see a full strength Glenavon line up determined to go through to the next round. So are we so it’ll be a good game.”

Remember, tickets for this game can be purchased HERE on the Glenavon website. 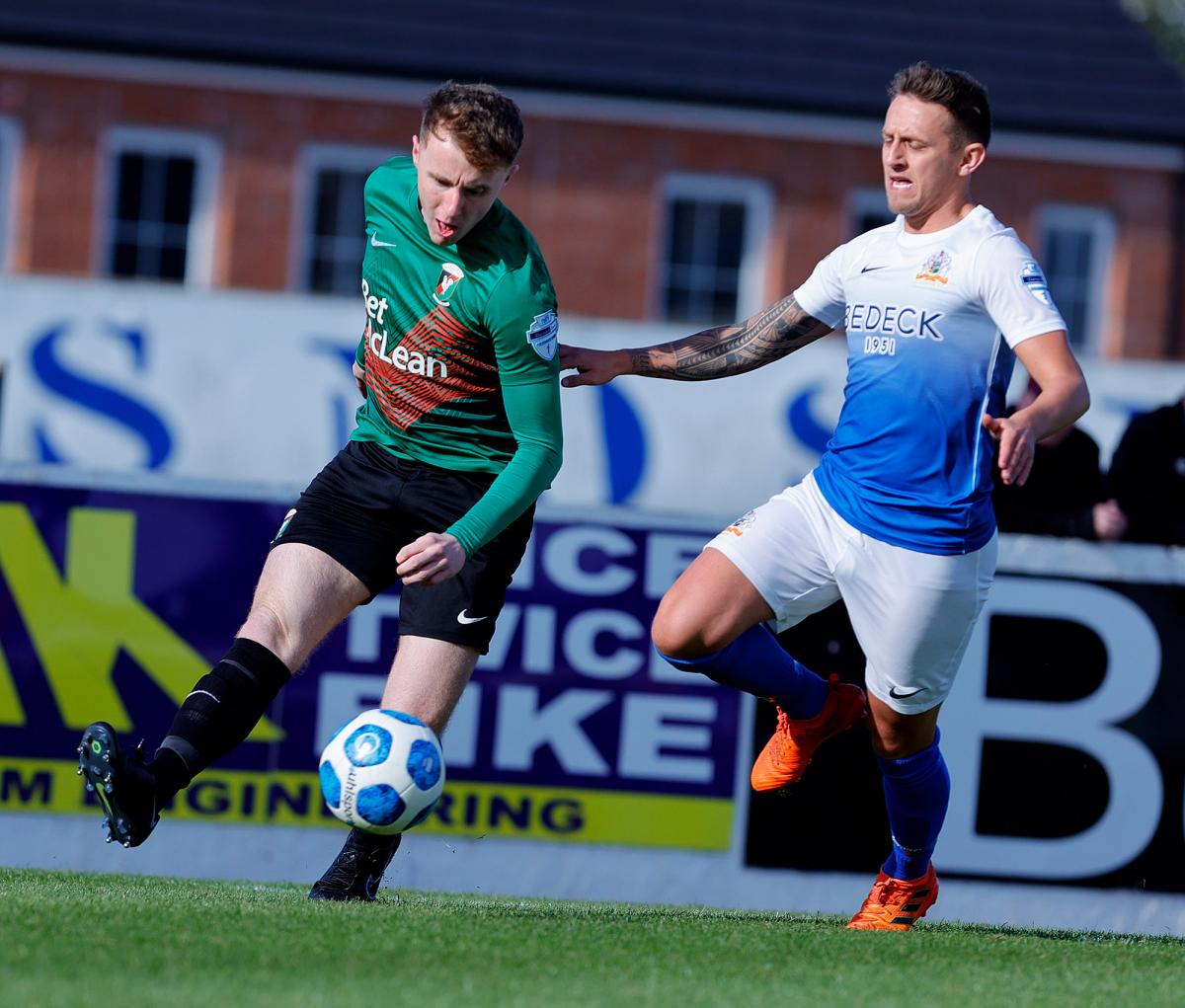