The last 10 fixtures between the sides at Stangmore Park have seen Glentoran have the better of the Swifts on 6 occasions, with Dungannon winning 3 and the other a 0-0 draw. Indeed that draw at the end of 2017 was only the second fixture between the sides in County Tyrone that has finished without a goal since the Swifts first won promotion to the IPL in 2003. Our last league fixture at Stangmore was a comfortable 2-0 victory - goals coming from Wille Garrett and Elvio Van Overbeek - on New Year’s Day 2020, but our previous visit to that at the beginning of the 19/20 season ended in a 3-1 defeat, with current Glens midfielder (and then Swifts Captain) Seanan Clucas netting the decisive 3rd goal from a 90th minute penalty. We will be watching two very different teams to that day 18 months ago with no fewer than 8 0f the players who featured for Glentoran that day having subsequently left the club. 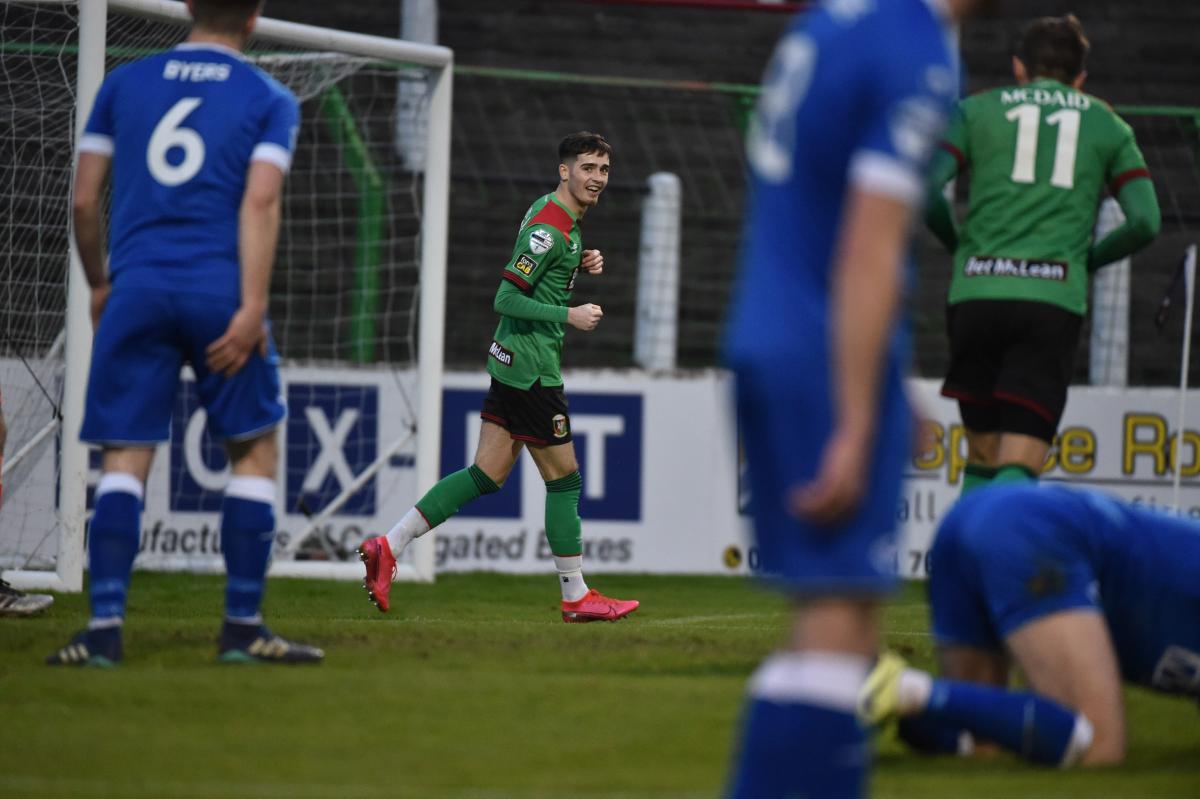 At this season’s previous meeting in November, we enjoyed a good 5-1 win at the Oval through goals from Jay Donnelly (2), Robbie McDaid, Paddy McClean and Paul O'Neill.

Our hosts will be relieved that relegation is revoked for this season, guaranteeing them a 19th consecutive year of topflight football in 2021/22, as they currently find themselves bottom of the table on goal difference. After pulling off a shock 2-0 home win against Coleraine at the beginning of December, just one victory has followed in the ten games since (1-0 away to Ballymena) and, despite the recent high profile signing of veteran ex-International goalkeeper Roy Carroll to try and shore up their defence, eight of those matches have ended in defeat.

Scoring goals has been a huge problem - with just 11 in 18 games the Swifts are the lowest scorers in the league at present. Young striker Rhys Campbell - who scored Dungannon's first half goal in their 5-1 defeat at the Oval in November - is top scorer so far with 4 league goals, while captain Dougie Wilson has contributed 3 and veteran winger Michael Carvill has 2. By scoring in the 2-1 defeat to Glenavon, forward Oisin Smyth became the first Swifts player outside of those 3 to register a league goal this term. Caretaker boss Dixie Robinson - back in the Dugout a decade after ending his previous spell as manager - will be hoping the much-travelled Rory Patterson and Nathaniel Ferris, brought in by Kris Lindsay to boost the sides firepower, can start to find the net on a regular basis and help push his team up the table. 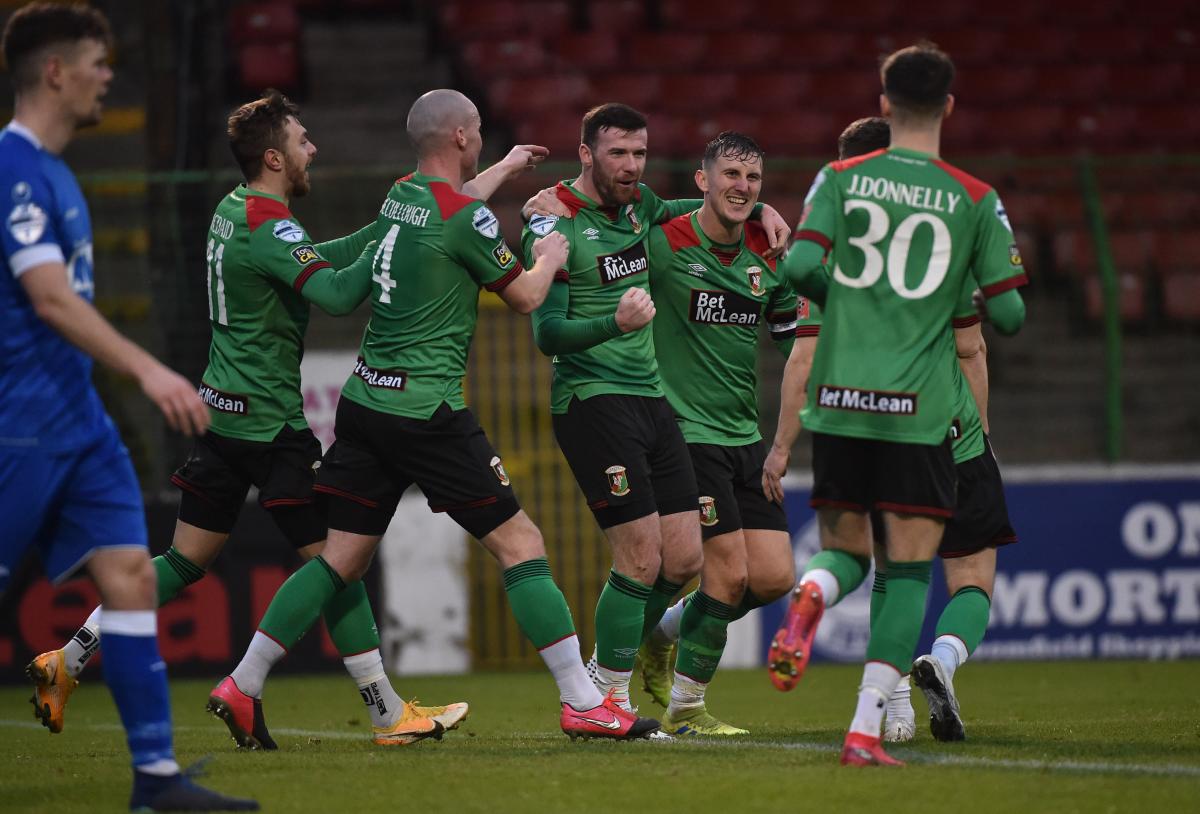 Winger Caolan McAleer is suspended after being sent off in Saturday's game, while Dougie Wilson will hope to return to the starting line-up after being dropped to the bench. Experienced midfield duo Ryan Mayse and Mark Patton did not feature at all in the Glenavon defeat.

Mick McDermott: “After a very positive performance and result like the one over Linfield on Tuesday, it's always important to move into the next game with the same expectation. but in football one good result doesn't guarantee the next one. one good performance doesn't guarantee another good one and one bad performance doesn't guarantee another bad one, so that's why you have to show up equally well prepared, whether you’re playing the team at the top of the table or the one at the bottom. if we show up better prepared then we have the ability to get three points again on Saturday. But we’re under no illusions that it will be easy.  Dungannon is a solid team. They’ve had a management change and we know that can give any team a lift. so we've prepared as thoroughly and as well for Dungannon as we did for Linfield and as well as we prepare for any opponent. when we go there, we’ll give them as much respect as we can and hopefully we keep our winning streak going.”

This game will be live streamed here by BBC Sport NI. 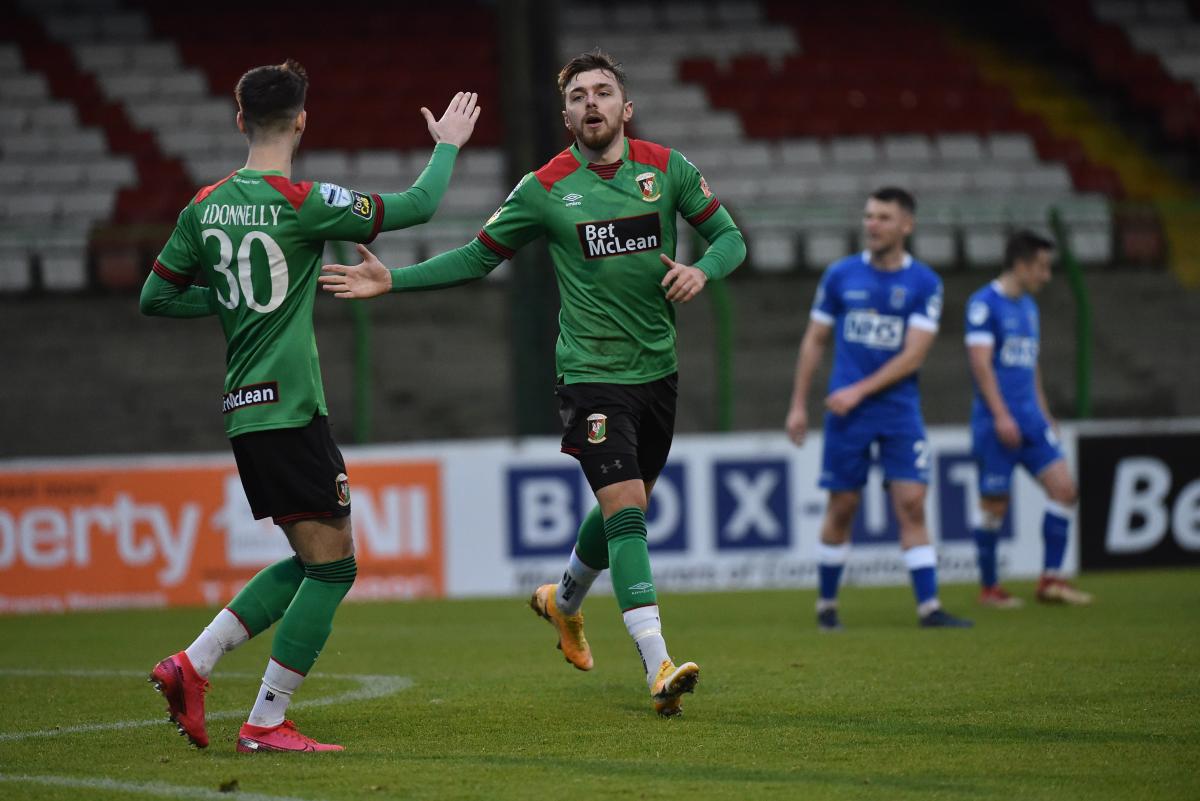