On Saturday we travel to Castlederg for our first ever competitive game with Dergview as this season’s senior stages of the Samuel Gelston’s Whiskey Irish Cup.

Much travelled Striker Bennie Igiehon notched his 13th goal of the campaign for Dergview in last Saturday’s 2-2 draw away to Dundela, and the bustling ex Larne and Sligo Rovers man will offer the biggest threat for the Constitutes, ably assisted by Matthew Kirk and summer signing Jamie Browne; one of several signings that owed to boss Tommy Canning’s connections at Finn Harps.

Dergview sit comfortably in seventh place in the Championship after 23 games and will hope to push on and secure a top six finish when the league splits in March. The Castlederg side have been playing at this level since 2010 and, since returning to the club from Finn Harps last summer, manager Canning has put together a solid side drawn from various parts of West Ulster. As well as the ex-Finn Harps contingent, former Charlton, Derry City and Northern Ireland U21 forward Mikhail Kennedy was coaxed out of early retirement and experienced former Institute defender Graham Crown helps to bolster a back line with the fourth fewest goals conceded in the Championship this season. Between the posts, Alan Buchanan has been competing for his place with former Ballymena keeper Tom McDermott all season and is likely to be the man tasked with repelling the efforts of our prolific front three. 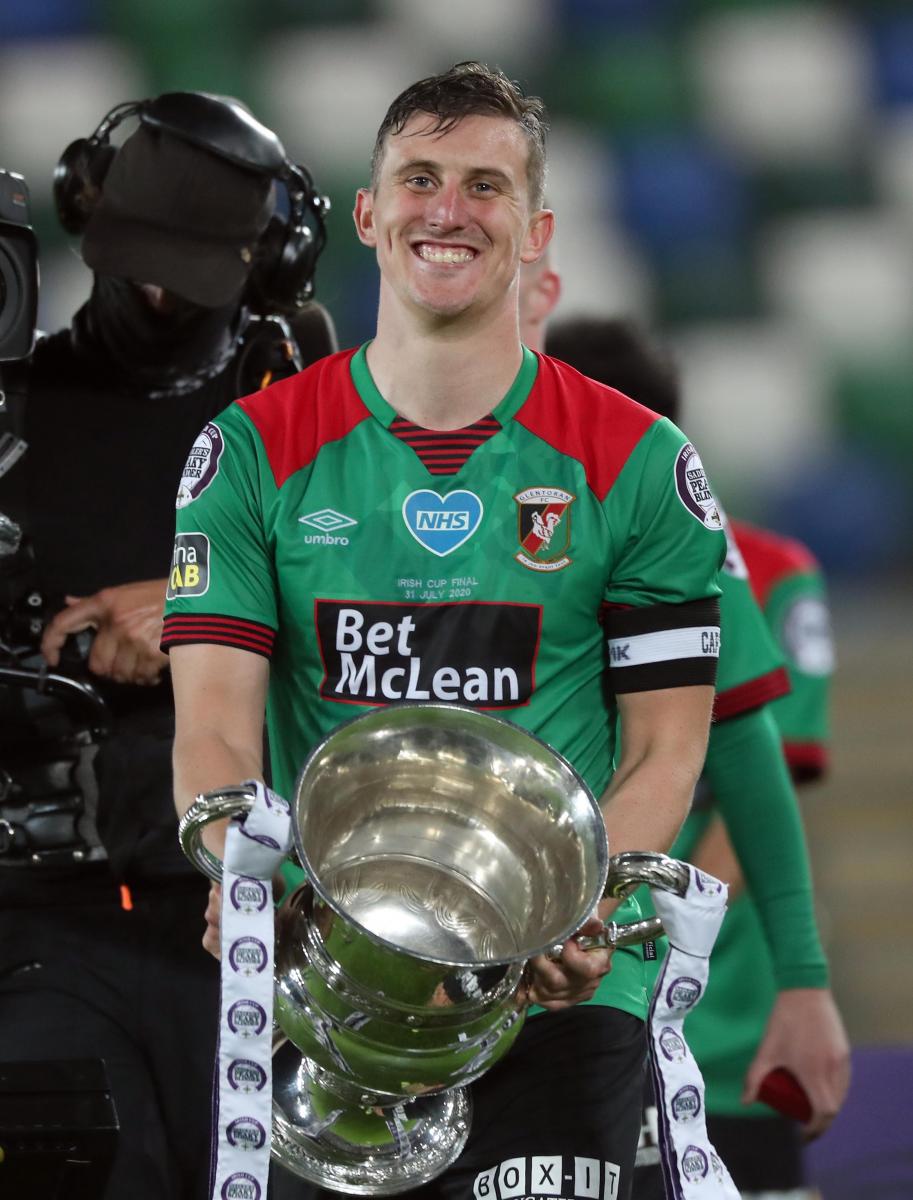 Mick McDermott: “While we were all disappointed with last week’s league defeat against Larne, we’ll bounce back quickly from it. The match easily could have gone either way, but it was Larne’s day. We will not over-think the result too much because of the extent of the players we had missing – and the quality of the players we have coming in. But with the new boys now available, we are looking forward to the second half of the season.

We were heavily depleted due to suspensions, injury and Covid last week, but I’m not using that as an excuse to hide behind. I have to the say, the three goals we conceded were most disappointing. Larne didn’t have to work for them. It was our first defeat since September. We were disappointed, the players were disappointed, but we now need to turn that disappointment into hunger ahead of the Dergview game.

Of our new players, Michael O’Connor and Sean Murray will be available for Saturday. Darren Cole just arrived with the group last Monday, so it will take him a couple of weeks to get up to speed in terms of training. Of the lads missing last week, Robbie McDaid, Joe Crowe and Ben Cushnie will be back, but we’ll access Bigi between now and Saturday. He pulled up in the warm-up last week with a tightness in his calf.

Obviously, we don’t know as much about Dergview as we would about a Premiership opponent, but we had them watched at Dundela last weekend. That was a 2-2 draw, so we got a very thorough report on them. It will be a hard game and we are under no illusions. We got it tight a couple of years ago at Queen’s University. We won 3-2 that day and it was tight right to the end until Robbie got the winner. So we know anything can happen in a cup tie.

I’ve mentioned the three news boys joining us. Also Ciaran O’Connor has been loaned to Warrenpoint until the end of the season Ciaran has been very unlucky to be out with a long-term injury. After his rehab he should return to play his part for Warrenpoint then we will look forward to having him back with us at Glentoran for next season.”

There will be bars open at Darragh Park on Saturday. To gain entry to the bars it will be necessary to show proof of full vaccination. This will not be necessary for supporters just attending the game.