On Saturday we travel to Seaview for the first time this season.

Crusaders have had a mixed run of results since the sides last met at the Oval at the end of September. defeats to Coleraine and Larne in the league and shock League Cup and County Antrim Shield exits to Ballymena and Ballyclare Comrades respectively have been setbacks, but last week’s home win against Linfield and a midweek win at Carrick Rangers have moved the hatchet men within a point of the Blues and two of Glentoran with games in hand on both.

Midfielders Paul Heatley and Ben Kennedy are currently in good form; both netting a goal each in the Crues last two wins. Goalkeeper Johnny Tuffey has won his place back from Sean O’Neill and is likely to continue in the side. Defender Lewis Patterson and Striker Brandon Doyle have not featured since the League Cup game against Ballymena and ex Glenavon defender Daniel Larmour has also been on the sidelines since early October, along with experienced midfielder Gary Thompson. 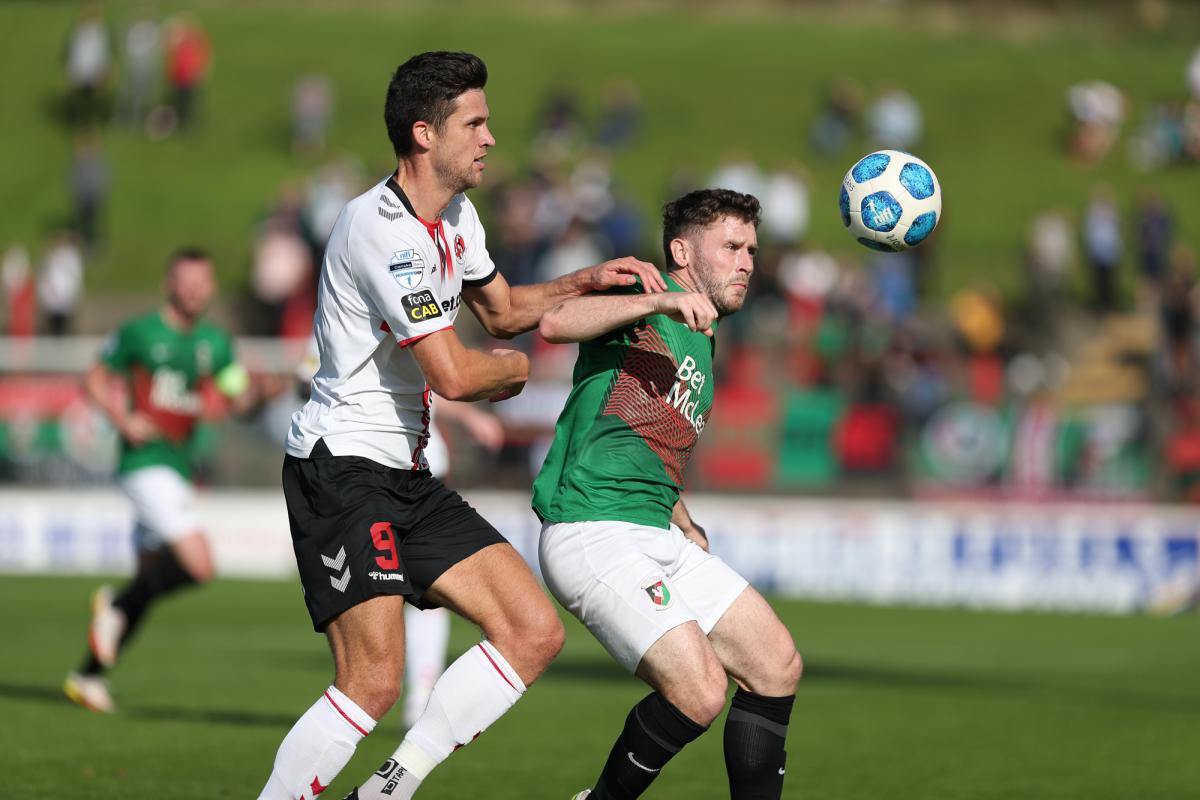 Mick McDermott: “The second half v Ballymena last week was a lot more like what we expect from our players with an outstanding performance and also some excellent game management. The players made much better decisions, we scored some great goals and all our forwards showed what they were capable of. It was great to see Shay McCartan make an effective cameo after a long absence and I know we’ve a lot to look forward to from Shay as he completes his recovery. The other two subs did very well also - Rory Donnelly was well involved in our fourth goal and looked sharp after a couple of weeks’ out ill while Ben Cushnie again did very well. Following his assist v Warrenpoint with an excellent finish last week. Jay and Conor continued what they’ve been doing so well. Conor and Robbie were superb wit h the work they had to put in all day against a team that uses wing backs so effectively. The midfield and back line were also excellent in what was a very positive performance. Credit also to Ross Glendinning for helping deliver our first clean sheet for a while. 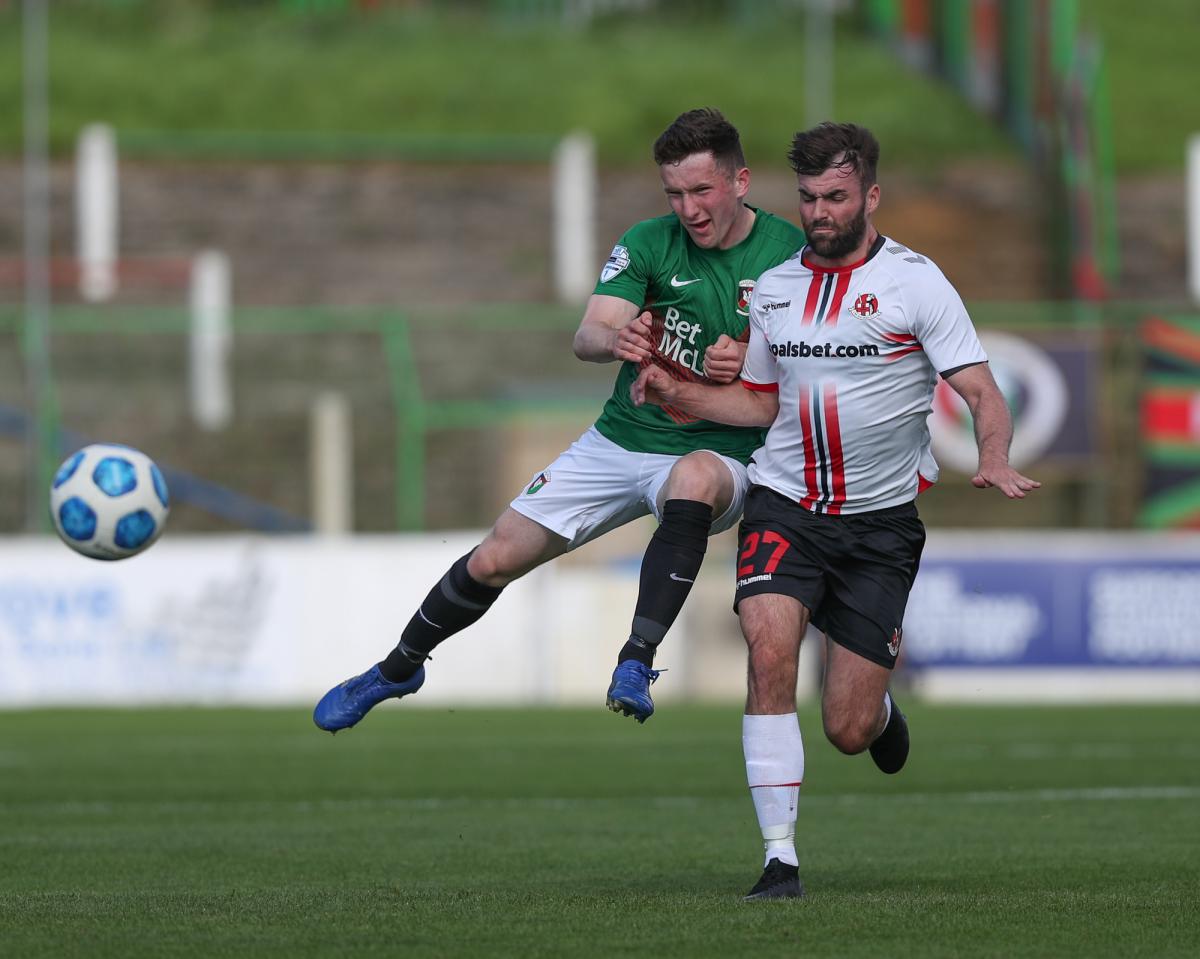 For Saturday we know our record at Seaview has left a lot to be desired over the past decade or so. But in my time here we’ve had chances to win games there but for assorted reasons it hasn’t happened for us. The Crues are facing us after a very good home win over Linfield last week, so they won’t be lacking confidence on Saturday. We know how they play and that it will be a very physical battle against a team filled with very good, well organised players. As always, it will be a highly competitive game as we look to continue our seven game unbeaten league run. We will be going there for three points.

Obviously, we’ll be without Luke McCullough for this one. We won’t have Luke for a while as his injury last week was a nasty one, so we’ll miss him as he’s done very well since moving into midfield. Luke has confirmed ligament damage to his knee and we will consider a surgical intervention as soon as possible. We all wish him well in his recovery process. But injuries create opportunities for other players so with the quality we have in our player we can find effective ways to mitigate the loss even of a player of Luke’s quality.

More positively, Shay will continue his return at some point and we have Aaron McCarey available for selection following his suspension.”

Saturday’s game is all ticket, but Crusaders have advised us that some tickets will be available to buy at Seaview. We advise those without tickets to arrive in plenty of time. 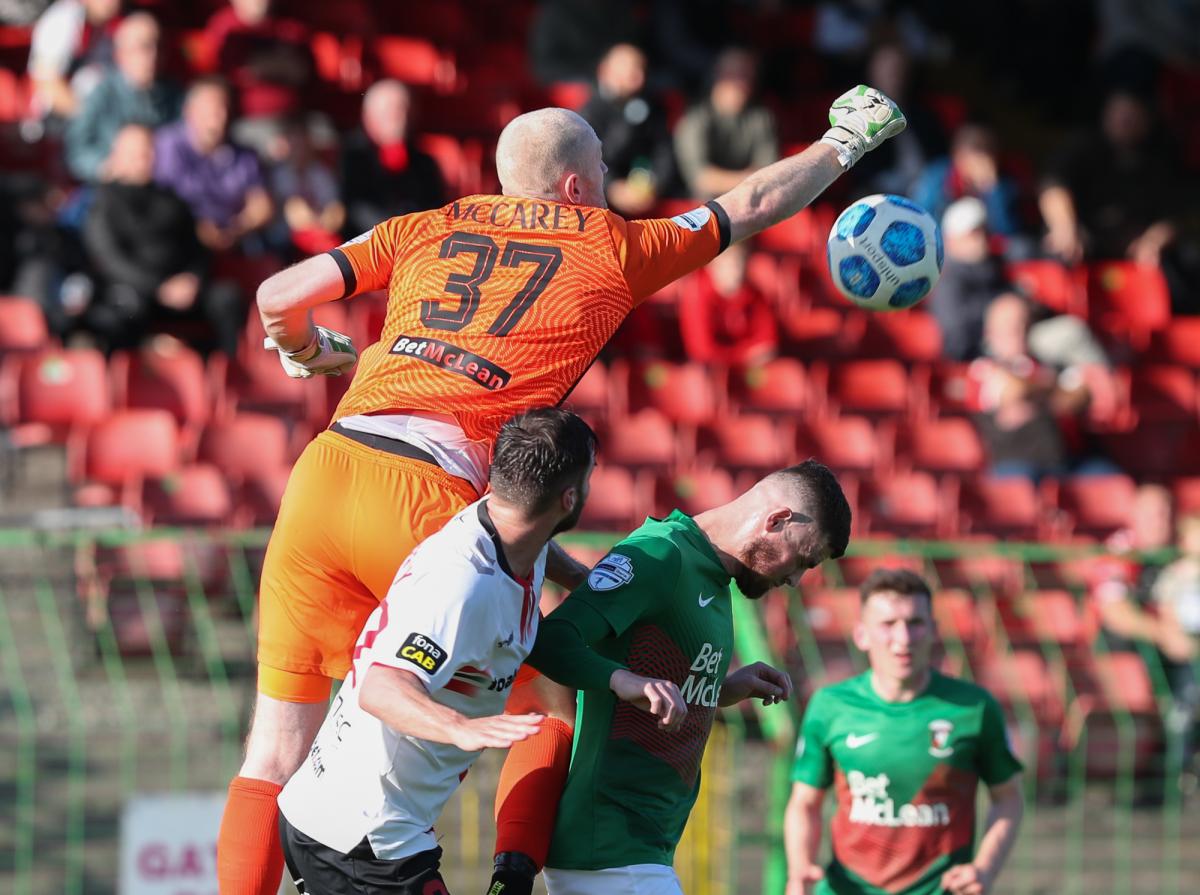