On Saturday afternoon we travel to Solitude for the second time in eleven days, this time for our second Danske Bank Premiership meeting with Cliftonville.

Our result record at Solitude in the past few years has been abysmal, having lost on our last six visits. However, five of the six have been by a single goal so there hasn’t always been much between the teams. Frustratingly our defeats have been caused by careless defensive lapses or – as in the corresponding game last season – controversial refereeing decisions. Also, we’ve had a tendency to lose very late winners against the Reds, invariably to Joe Gormley. Our last win there came in April 2016 when goals from Marcus Kane and Curtis Allen gave us a deserved 2-0 win.

Cliftonville are the last team to defeat us in the league, eight weeks ago in an even game that swung on a ridiculous sending off for Darren Murray and a world class injury time save from Reds’ keeper Richard Brush. Since then we’ve been on an identical run of form to Saturday’s opponents with five wins and a draw, yielding sixteen points from eighteen. We are currently eight points behind Cliftonville, so a win on Saturday would make a big difference to our relative positions with a difficult run of fixtures ahead. What should give us confidence is the fact that – despite the luxury of riches in their attack with Joe Gormley, Rory Donnelly and Ryan Curran – we’ve actually scored two more goals than Cliftonville in our game fewer. 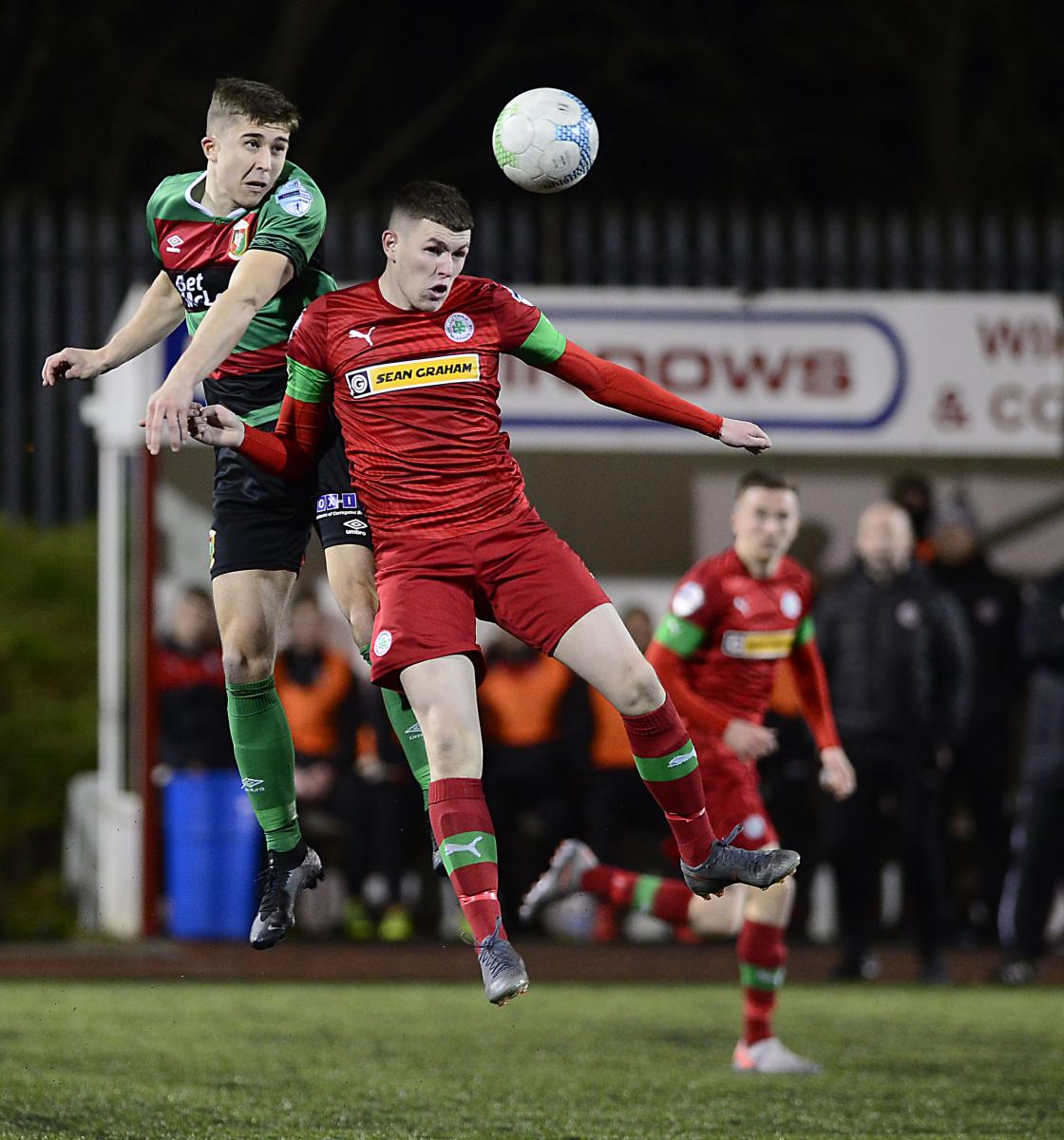 Mick McDermott: “I was very pleased with the result against Dungannon last week, and also with how we started and finished the game. We got a couple of good goals from Robbie early on and should have finished the match off in the first half. But we gave away what I thought was a poor goal and finished the half poorly. But we regrouped after half time and got the game won with a couple of good finishes from Paul. We can do better but maybe the fact that I was less than satisfied after that win shows how well we’re progressing since we lost badly away to Dungannon back in August. The two strikers did very well. We sometimes need to use Robbie wide, depending on the circumstances, but we know how effective he is through the middle and he deserved his hat trick for the performance he put in. Paul has also been excellent. He’s only nineteen but he’s got a great knack of getting important and difficult goals which is a reward for all the work he puts in, game after game.

We’ve a few difficult ones coming up, with the Reds, Crues and Blues in the next month as well as a trip to Carrick who’ve been playing very well. But these are the massive games we should want to be playing and our players do want to play in them. They’re well up for these challenges as we all have the same passionate desire to be well in the mix going into January.

For Saturday we’ve got a full squad to choose from, apart from Curtis. Calum Birney had an hour with the Under 20s on Wednesday night, so he’ll be available to us soon. We struck a decent rhythm last week, so I don’t anticipate too many changes for Solitude. The Reds are a good footballing side, I’ve been saying that since the start of the season. They’ve got great forwards, but so have we. Also, we’ve been getting goals from other areas of the team as well. Both games we’ve played them this season have been pretty even, so the players won’t be travelling with any degree of fear. We know what needs to be done and we’ll work hard on making sure we give our big travelling support what it wants.” 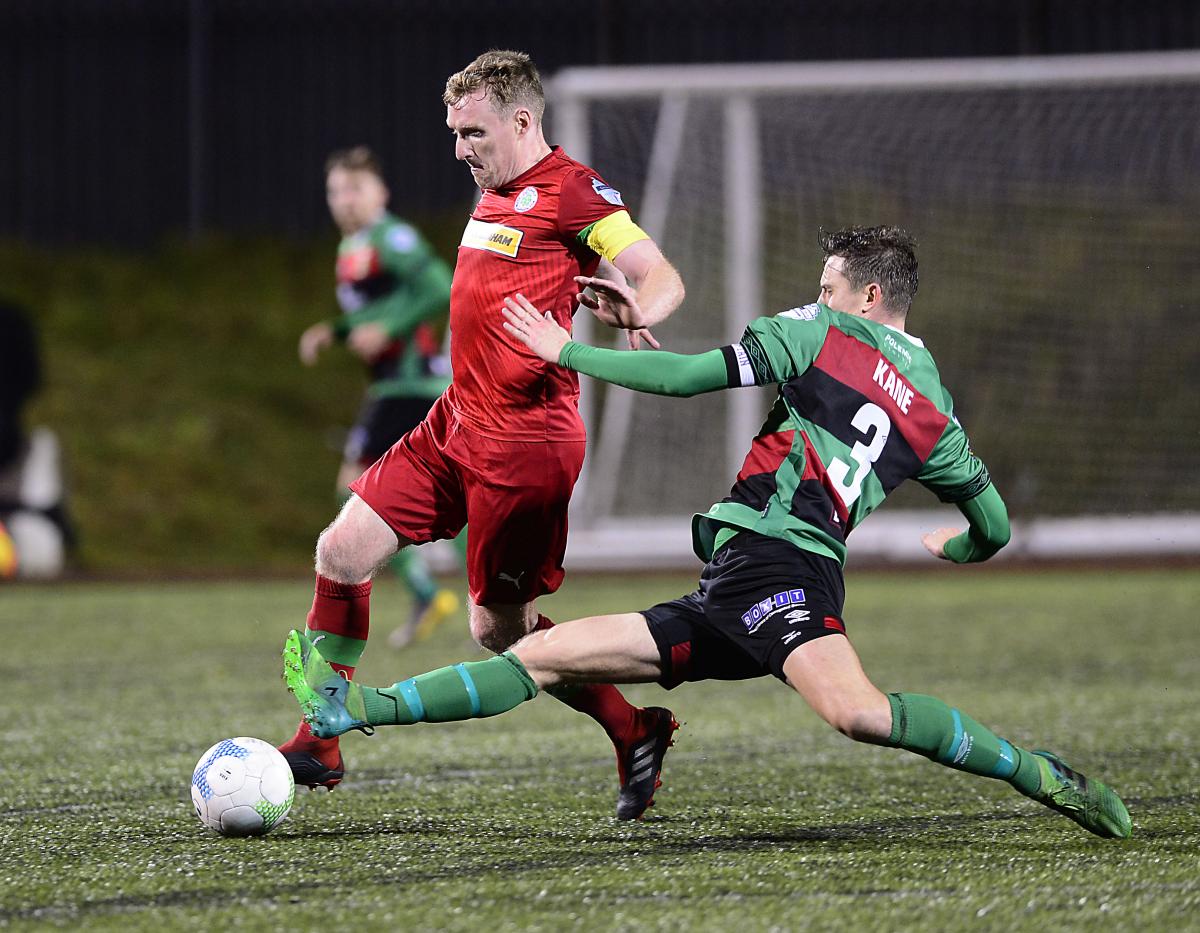 Ahead of the game, the PSNI have issued the following advice for supporters:

Glentoran fans travelling by private car to Cliftonville Football Club for the Danske Bank Premiership match on Saturday 30 November 2019 (ko 3:00) are requested to park in the residential areas above Solitude off the Cliftonville Road- i.e. Cardigan Drive and Knutsford Drive, etc. Motorists should consider local resident and emergency vehicle access when deciding where and how to park.

Glentoran fans parking in the residential areas around Knutsford and Cardigan are requested to approach and leave the area via the Westland Road and avoid travelling city wards on the Cliftonville Road after the match to avoid traffic congestion.

Those travelling by Bus/ Coach should be at Fortwilliam Roundabout / M2 by 2:15p.m. at the latest. Police will meet the buses at the top of the off-slip road at Fortwilliam and advise drivers/clubs re arrangements for both moving to Solitude and then away from the ground at the end of the match.

Police are reminding fans that there are specific offences created by the Criminal Justice Act NI 2011 in relation to soccer matches:

Going on to the playing area

In addition, all fans are reminded that the areas around the Stadium are “No Street Drinking “zones under Belfast City Council By-Laws.  Any Street drinking taking place will be dealt with and any alcohol found seized.

Any public indecency offences such as urinating in public will be robustly dealt with.
Maximum Use of CCTV/ Landrover Roof Top and Hand Held Evidence Gathering will be made both inside and outside the Stadium as part of the Police Criminal Justice Strategy in an effort to deal with any offences which come to light.

Police will take all steps to identify and deal with anyone who has been or is committing offences. It is vitally important for supporter and community safety that these instructions are complied with and that the impact of the event on the local residential and business communities in minimised.

It is hoped that a common sense approach to the afternoon will be adopted and the occasion enjoyed by all. 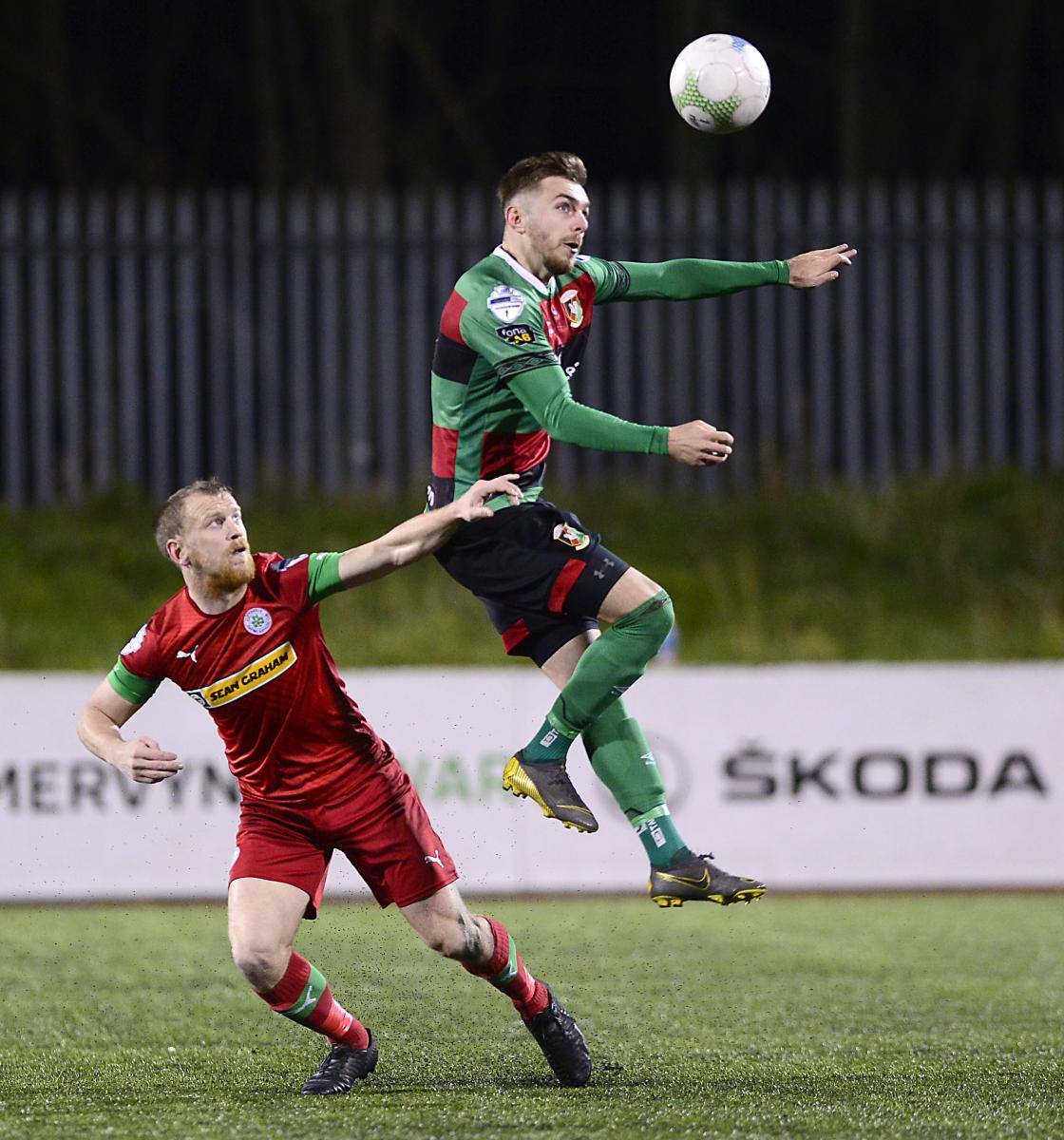