Glentoran supporters can be excused a feeling of déjà vu on Saturday as we head to North Belfast to play Cliftonville for the third time in four years in the Final of the Europa League playoffs.

The players will know how important this game is to everyone at the club and will be determined to achieve payback for our previous two costly defeats in this fixture. In 2016 it’s fair to say refereeing played a significant part in our defeat. Curtis Allen equalised Jay Donnelly’s opener and Jay Magee gave us a 2-1 lead going into the break. However just before half time a mass brawl broke out that saw our most dangerous player on the night, Chris Lavery, sent off with Conor Devlin. Down to nine after Barry Holland was also sent off after the break, we eventually lost 3-2. Last season we pulled back a 2-0 deficit late in the game through Robbie McDaid and Curtis Allen (again) only for Joe Gormley to score the winner virtually straight from kick off. So, it’s fair to say we owe Cliftonville (and ourselves) one in this fixture. 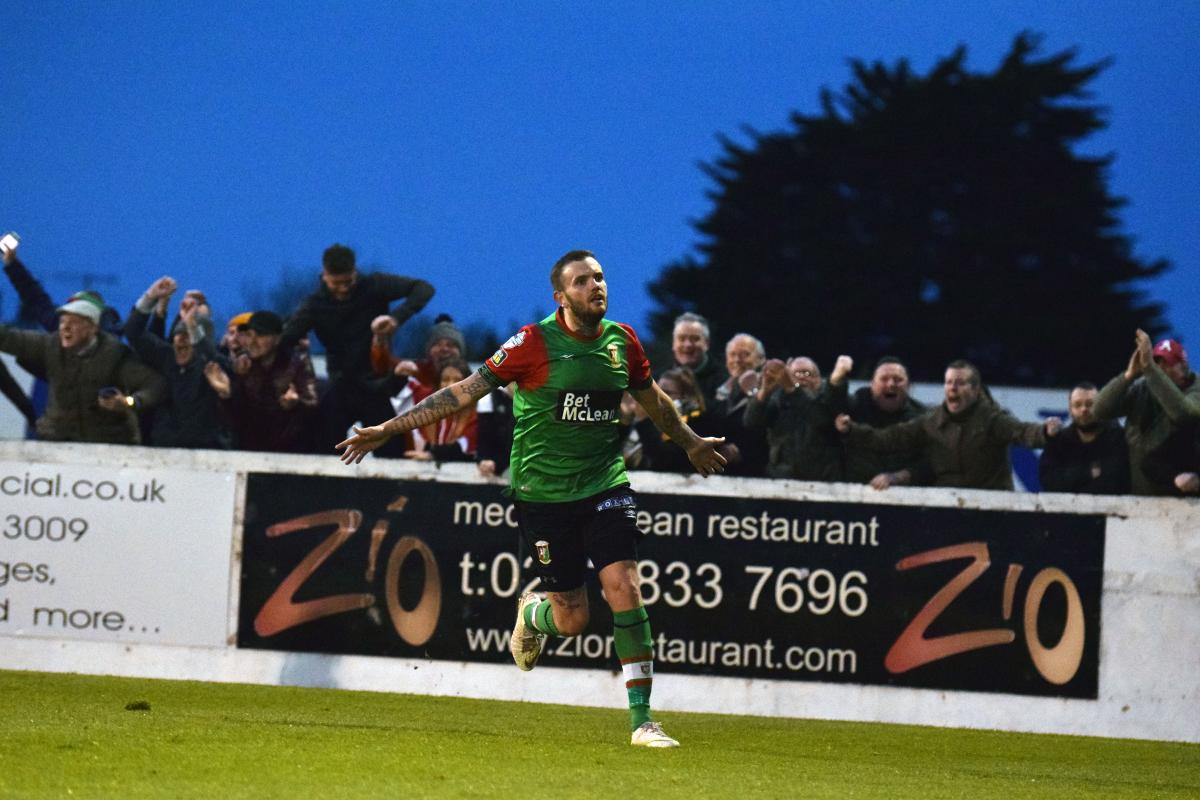 The players also have a big point to prove, having lost three times to the Reds through last minute goals. On the opening day of this season an injury time winner left us with nothing in a game we had led for a large spell through John McGuigan’s first half goal. That set the tone for what was to come. In the return match at Solitude in November, we again went into the final minute level on terms though on that occasion we conceded from a very poor refereeing decision when the referee failed to blow for an obvious foul on Robbie McDaid. This led directly to the only goal of the game and yet another failure to hold on late in the match.  At the end of March, in our final game before the split, we took an early lead through a Paul O’Neill header and were clearly the better team for the whole of the first half. We held that lead until the 70th minute but a Rory Donnelly equaliser then a last minute Ryan Curran winner gave the Reds all three points. The moral of the story is that an opening goal tomorrow may not be enough but with all three strikers scoring on Tuesday night we can hope their great run continues.

However, we are unbeaten since that day and have lost just one game in our last ten. Following Tuesday’s convincing and fully deserved win away to Glenavon in the semi final the players should go to Solitude in a positive and optimistic mood. 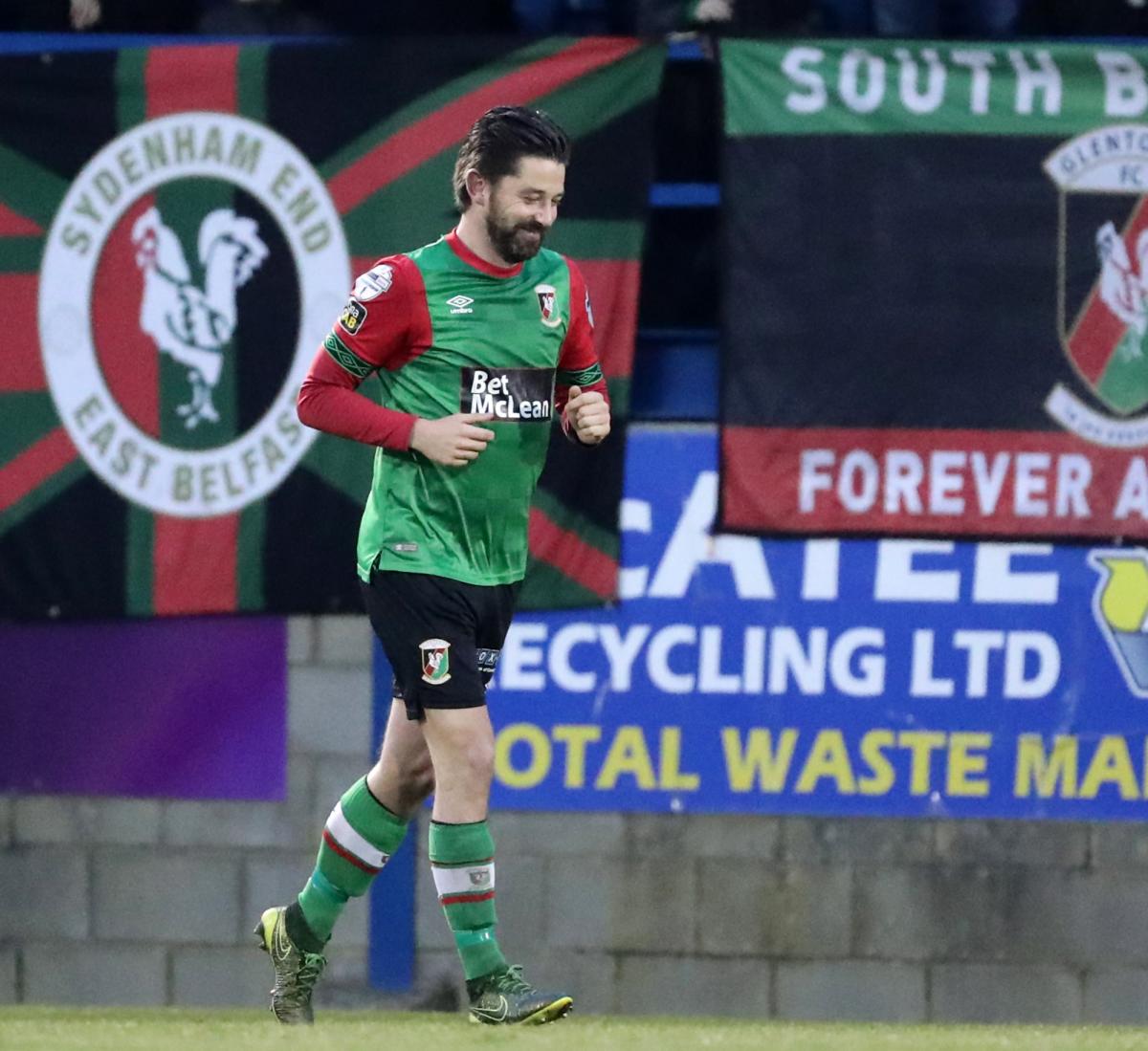 Mick McDermott: “Everyone is in a very positive frame of mind about tomorrow’s match after how we performed on Tuesday at Mourneview. Everyone is available for selection, so we have no major issued going into the game.

We’re entitled to feel positive as the players have bonded very well. Also, with forwards performing as well as our three have been we should feel we can perform well against any opposition. Darren has been outstanding since I came in. That is twelve goals from him since he joined in January and that is not easy at any level. For his second goal he made a very quick, clever turn on Curtis’ pass and it was very brave to decide to run straight for goal from that far out, but he did, and it was a great finish. But I also need to pay tribute to Curtis and Robbie. They’re both centre forwards but they’ve been asked to play an unfamiliar role. A lot of players would sulk when asked to do that, but they haven’t complained, their work rate has been immense, and they’ve all weighed in with goals. At least one of them and usually more, has scored in every game since I’ve been here.

I remember that back in January people were speaking of Glentoran as relegation fodder, but now the same group of players have a very real chance of qualifying for Europe and it is down to belief. We believe in them, they believe in each other and they are giving it a go. On Tuesday we scored quickly both times Glenavon levelled and that was key to the game. Momentum in football shifts from minute to minute. “When a team scores, they have the momentum. So, when it happened at Mourneview, it was great to have a quick reply. It knocked them back and helped increase our belief. That’s the sort of thing I believe was happening to us earlier in the season so it’s very encouraging that we were able to show that sort of character against a very good team. 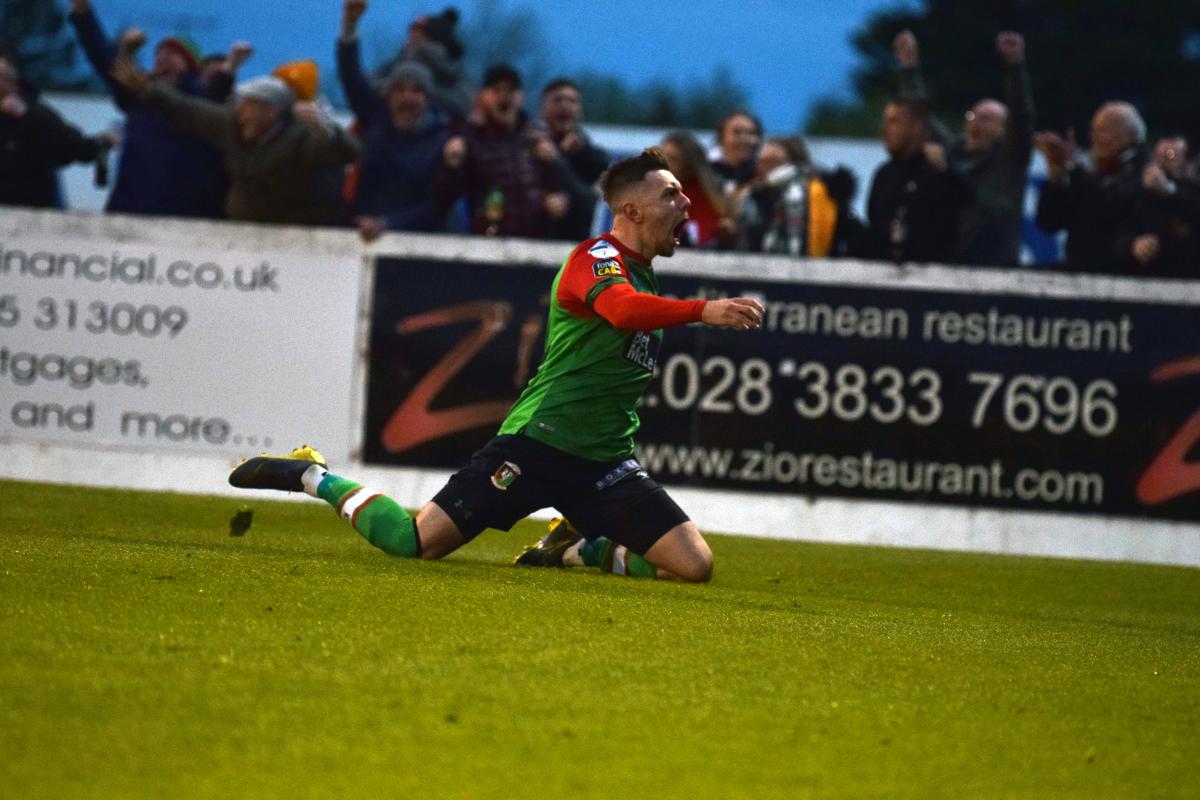 I told the players we can be happy with the win and performance on Tuesday night but it's not a time to celebrate. Not yet. The job is half done so any celebration will come if we take care of our performance on Saturday and it will be deserved if it comes.

The players know what must be done now. We're really looking forward to the match tomorrow.”