Tomorrow night we look to increase our momentum and move into second place in the Danske Bank Premiership when we visit Ballymena Showgrounds. We are currently six points and three places ahead of United and also we have two games in hand.

The Glens will be looking to build on an impressive record at the Showgrounds, as since January 2007, the Glens have experienced only 2 defeats in this fixture. Indeed, our last 16 league visits to the Braidmen have seen an incredible 11 wins and 3 draws. In the previous game at the Showgrounds this season Ballymena took a 66th minute lead through defender Ciaran Kelly and had looked set to give Ballymena a rare home win over the Glens, but Captain Marcus Kane's well taken strike in stoppage time secured Mick McDermott's side a share of the points. 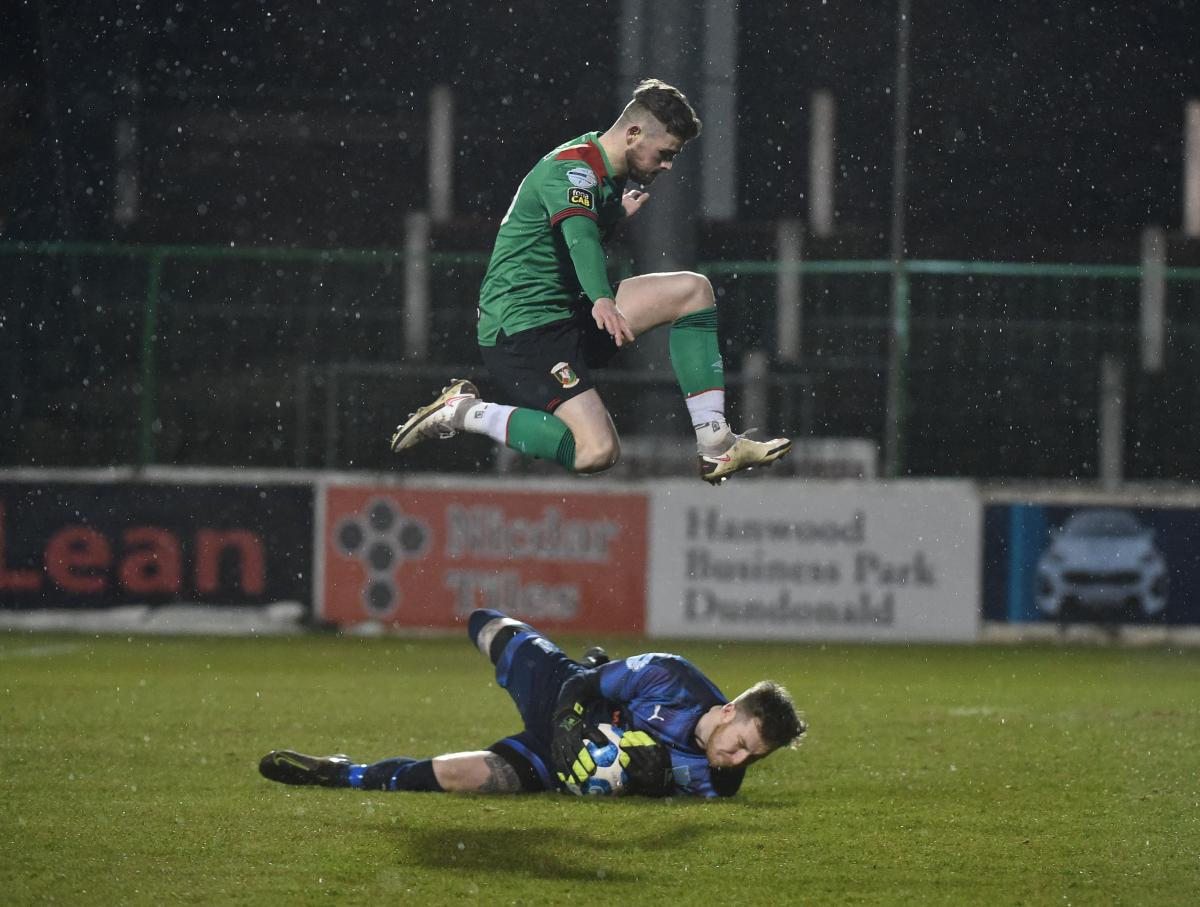 Friday night's defeat to Crusaders brought an end to a 10-game unbeaten run for David Jeffrey's side. Those 6 wins and 4 draws pushed the Braidmen into the top six and we need no reminder that one of those wins came against us at the Oval just a couple of weeks ago. Key to their attacking success have been midfielder Paul McElroy and ex Northern Ireland forward Shay McCartan - both of whom have reached the 10-goal mark already.

Ballymena have managed to climb the table despite a crippling injury list. The ex-Glentoran duo of Johnny Addis and James Knowles have only recently returned to the side but fellow ex Glenman Stephen McCullough has missed most of the season. The defence has been particularly badly hit, with Centre Backs Kofi Balmer and Scott Whiteside recently joined on the sidelines by January signing Connor Keeley. Added to this the versatile Sean Graham, midfielders Andy McGrory, Leroy Millar and Jude Winchester and striker Kenny Kane have also missed out in recent weeks. Goalkeeper Ross Glendinning is also absent and fellow custodian Jordan Williamson had to play through the pain barrier against the Crues. 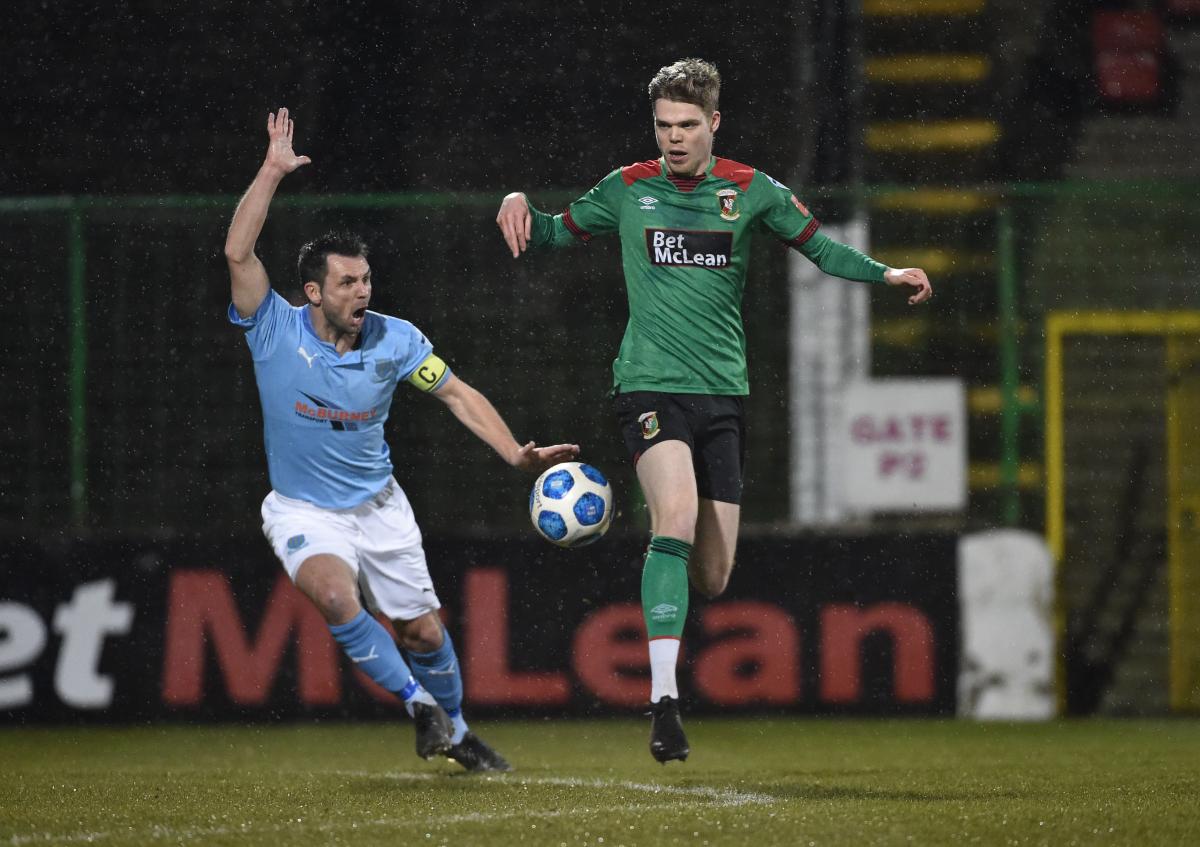 Mick McDermott: “I was very pleased with Saturday’s win over what I thought was a good, talented and hard working Portadown team. We played some really good football. We kept possession well and created good chances. I thought we controlled the second half from start to finish. I asked the boys to give us a bit more width and we got a few of our goals from that. Rory cut in very well to score a great opener. Robbie’s goal came from a deep cross from Marcus out left, and Jamie did very well to beat his man and deliver a perfect cross for Rory’s second. I was also delighted for Mitch who has done very well since returning from injury to set up the winner last week and then score a great goal on Saturday, So I was happy with the way we played, happy with the clean sheet and happy with the three points.

We face another tough game tonight against a Ballymena team who have been on a great run recently. But we have played well in recent weeks and we aim to maintain and even improve on those performances. Continued improvement must always be the target!

We go to Ballymena with the greatest respect for our opponent after two very tough games so far this season.  We understand that we are at the ‘business end’ of the season and are fully aware that we need to keep picking up points at the rate we have been doing.”. 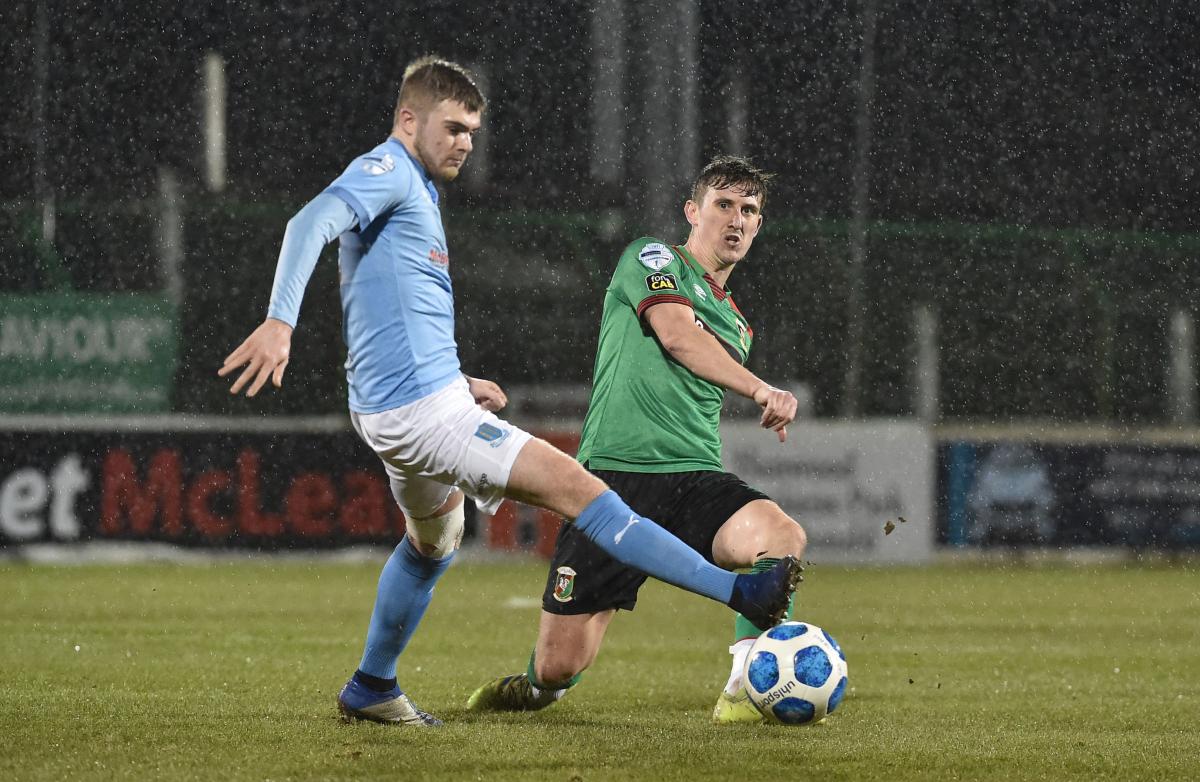