Glentoran secured their place in the next round of the BetMcLean League Cup thanks to an extra time goal from John McGuigan. For the second year running the Glens travelled to Co Armagh to take on a Championship side however this time, despite being pushed hard by Loughgall, the East Belfast boys will be in the hat for Saturday's draw. 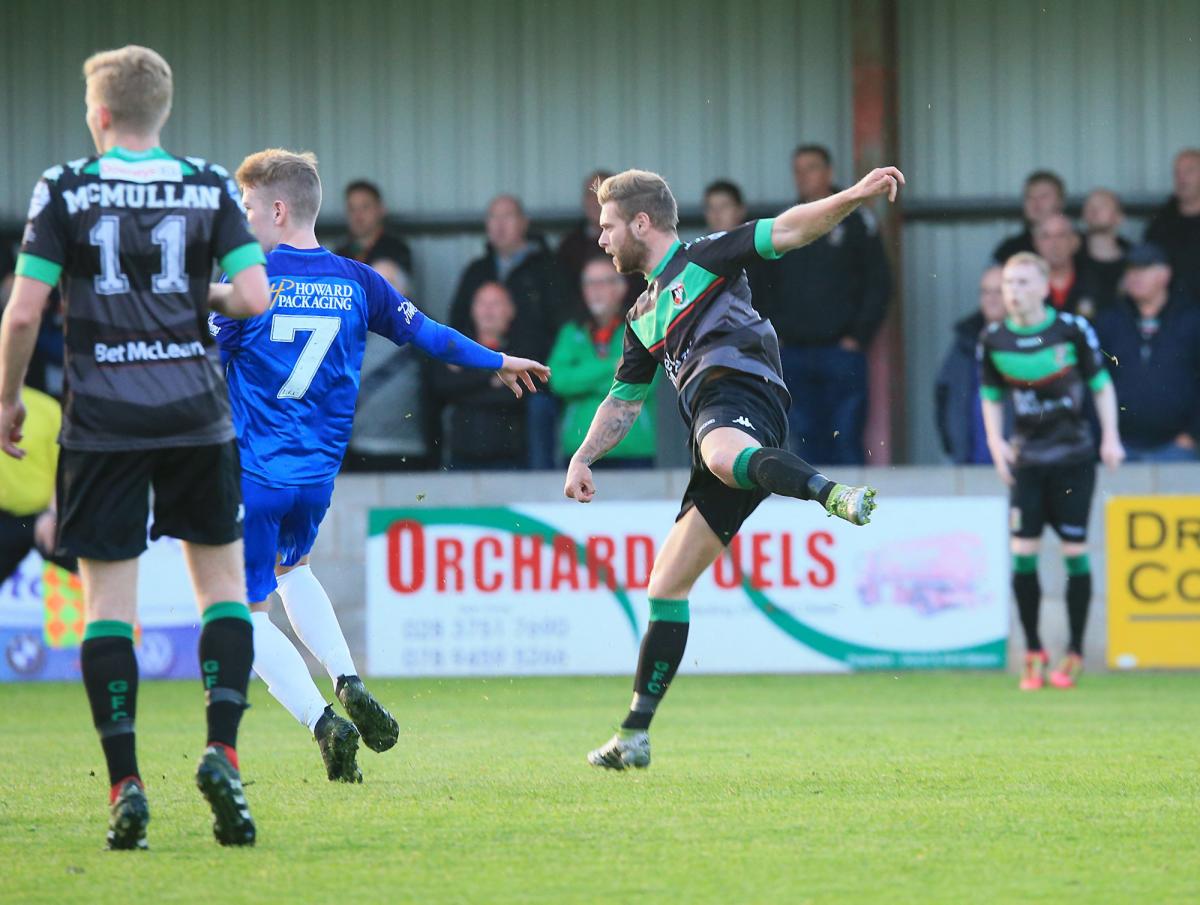 The first half was a relatively dull affair with both teams battling hard without creating any decent goal scoring opportunities. Robbie McDaid, fresh from his brace against Glenavon at the weekend almost turned provider for his strike partner, Curtis Allen, twice in the opening quarter hour. On both occasions McDaid's right wing crosses were met by the head of Allen but neither troubled the Loughgall keeper. Corey McMullan set up James Knowles but his 25 yard effort was wide of the upright. On 26 minutes the Glens should have went in front. McDaid played in Conall Delaney but in a one v one situation the home keeper, Gareth Buchanan kept Delaney's effort out. The ball broke to Corey McMullan but the young midfielder shot straight at the goalkeeper! On 33 minutes there was a rare break forward for the hosts but Jonny Addis intercepted brilliantly to stop the Loughgall centre forward, McConnell having a tap in. Glentoran had a couple of other half chances before the break but headers from both Dan Kelly and Robbie McDaid failed to find the net. 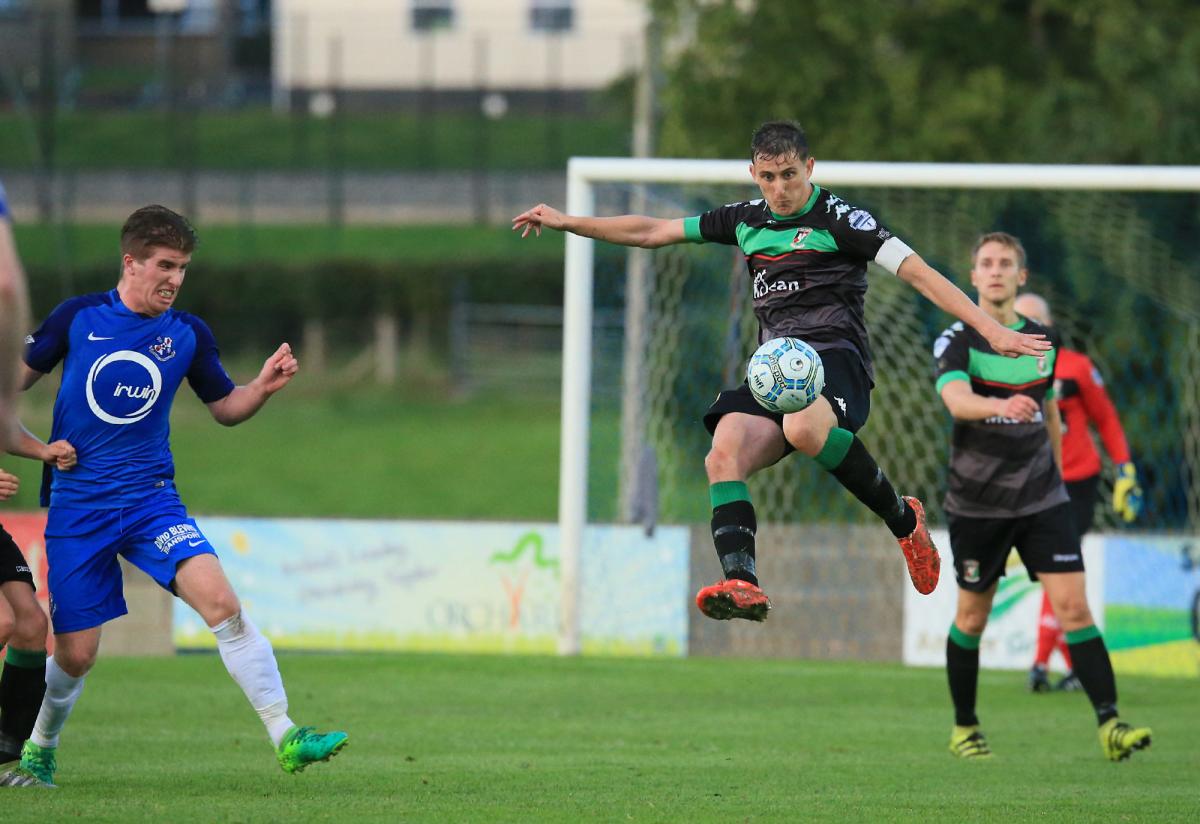 Robbie McDaid alomst broke the deadlock at the start of the second half but his header was turned away for a corner by Buchanan. From the set piece Knowles found skipper Marcus Kane at the near post and he brought another good save out of the Loughgall custodian. Midway through the second half the home side went close twice. Jonny Addis cleared the danger the first time and then keeper, Dwayne Nelson was quickly off his line to save the second effort. Curtis Allen, Dan Kelly and substitute John McGuigan all had opportunities as the miinutes ticked by and then in the first minute of added time McMullan's header from McGuigan's cross lacked the power to troublr Buchanan in the home goal. In the final minute of injury time the home side nearly snatched victory but again it was Jonny Addis defending superbly to ensure extra time. 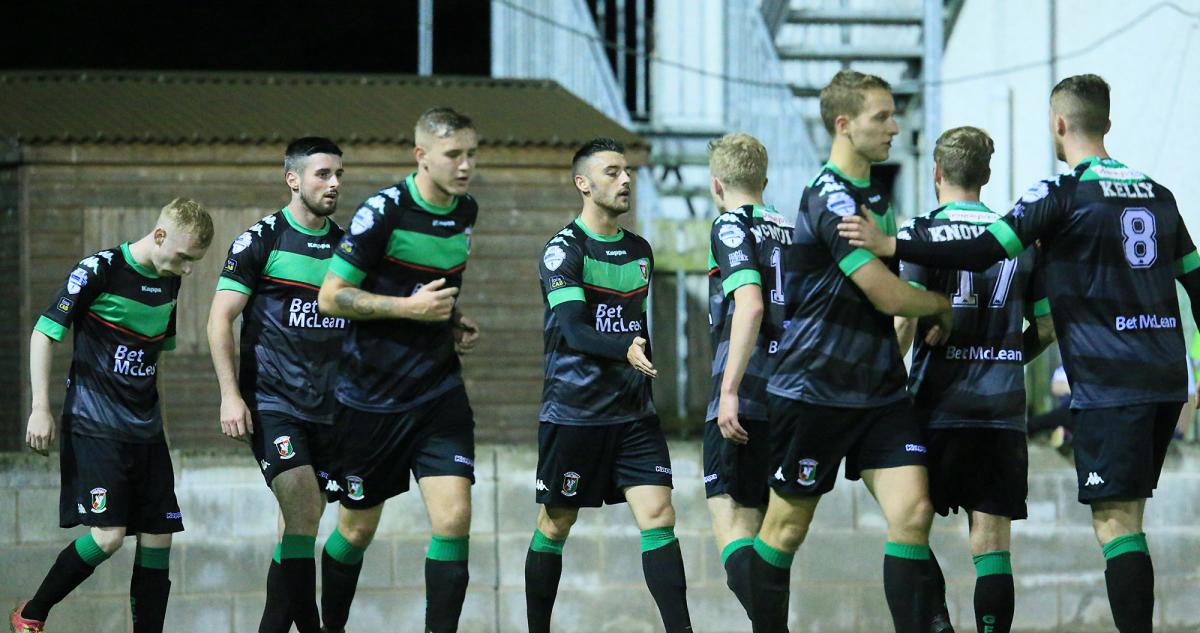 The first minute of extra time almost brought a goal for Loughgall. A cross from the left found their substitute (14) and with Dan Kelly slipping, the goal was at his mercy. Fortunately for the Glens the ball flew over the bar. On 95 minutes Tiarnan McNicholl blasted over from a decent position but shortly afterwards came the decisive goal. Glentoran's free kick was played to McNicholl and he fed John McGuigan. McGuigan slipped easily past the defender before drilling the ball past Buchanan. After a hard fought 90 minutes, many in the Lakeview Stadium felt that one goal would decide this game and so it proved. Knowles and McNicholl both tested the Loughgall keeper again but Glentoran saw the game out and booked their place in the second round. 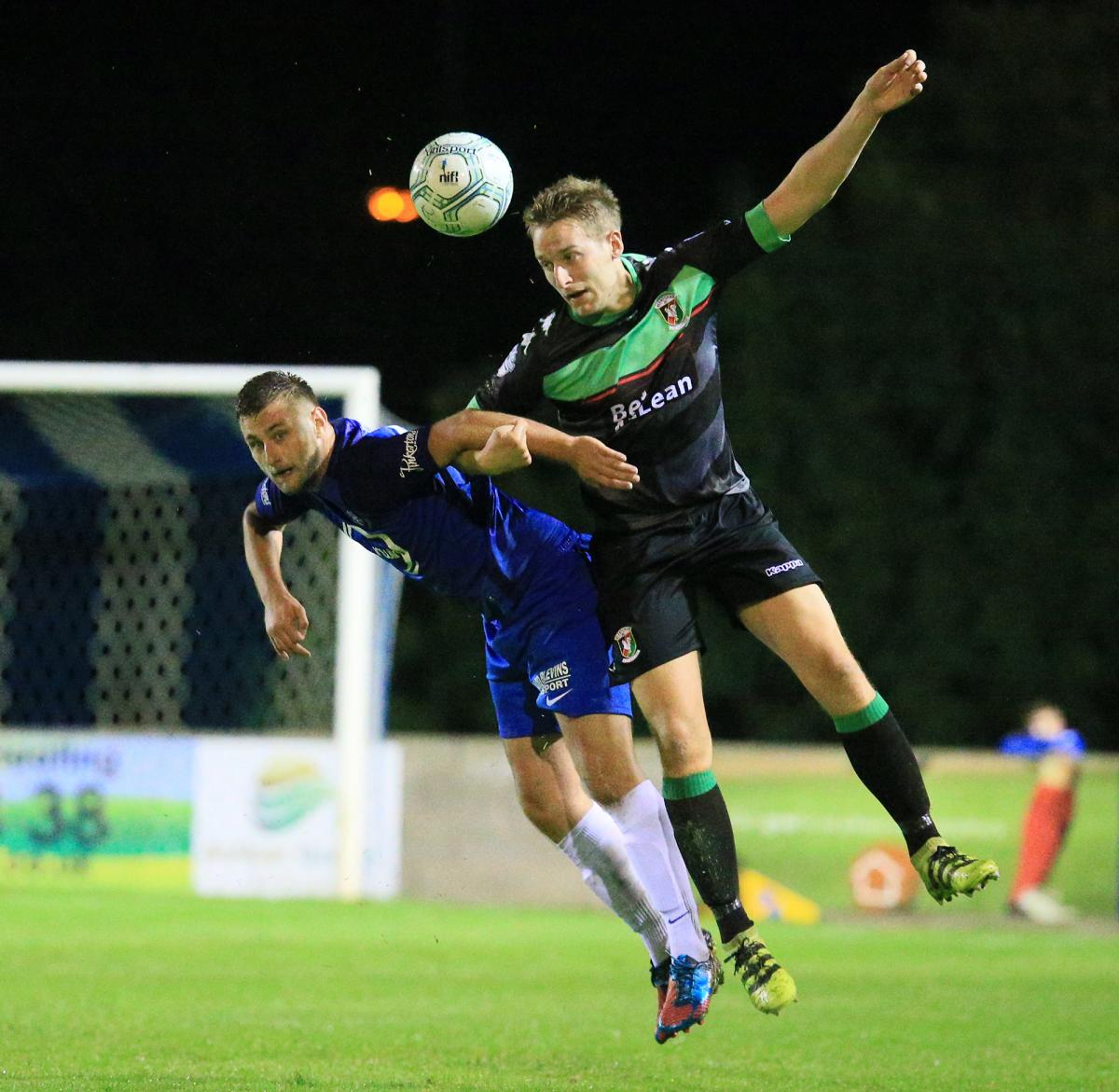