A makeshift Glentoran team can consider itself very unlucky to have gone out of the County Antrim Shield tonight after a 2-1 extra time away defeat to Linfield. We were the better team in the ninety minutes despite going behind to a Mitchell penalty in the fifth minute and can take great encouragement from tonight’s performance.

With Calum Birney and Willie Garrett suspended, Conor Pepper still suffering the effects of a groin strain, John McGuigan ill and Robbie McDaid rested after his  recent injury, Ronnie McFall made four changes from Saturday. Captain Marcus Kane returned from suspension, Peter McMahon and Dylan Davidson were both restored to the starting line up – Davidson on the right and McMahon in a more central role -  and summer signing Cricky Gallagher got his first start for the first team in central midfield. This makeshift Glens team was confronted by a full strength Linfield.

Glens supporters must have feared the worst in the fifth minute when Linfield took the lead through an Andrew Mitchell penalty. It came from a very soft free kick when Joel Cooper went down on the Glens’ left flank. From the free kick Peter McMahon was adjudged to have handled and Mitchell easily converted the penalty.

After 15 minutes the Glens were further disrupted when Elliott Morris went down hurt after a challenge from Michael O’Connor. Elliott tried to carry on for 5 minutes but was then replaced by Dwayne Nelson. 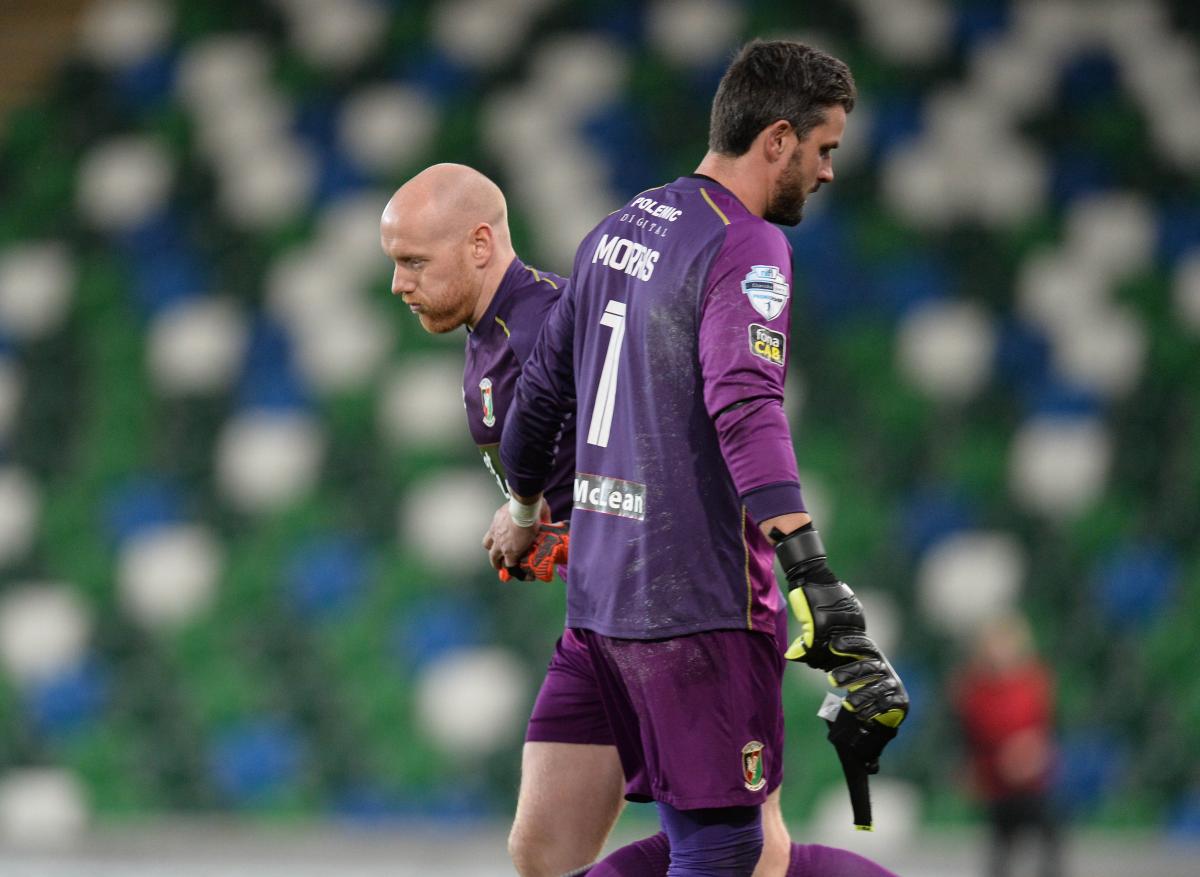 It took the new look Glens line up about 25 minutes to really settle but from that point we were clearly the better side. In 32 minutes we had what looked a stonewall penalty rejected when Curtis Allen was pulled back by Matthew Clarke in a very dangerous position. The closest we came to scoring in the first half was just before half time when Joe Crowe – playing in central defence tonight - played a superb through ball through the Blues’ defence but Allen was blown for offside.

The Glens started the second half in a determined mood as Cricky Gallagher and Linfield’s Chris Casement both needed treatment after a midfield clash.  The equaliser came in the 53rd minute. Davidson headed a cross into the box, James Ferrin had his diving header parried back to John Herron who hit an excellent volley past Carroll for his second goal since signing in August. 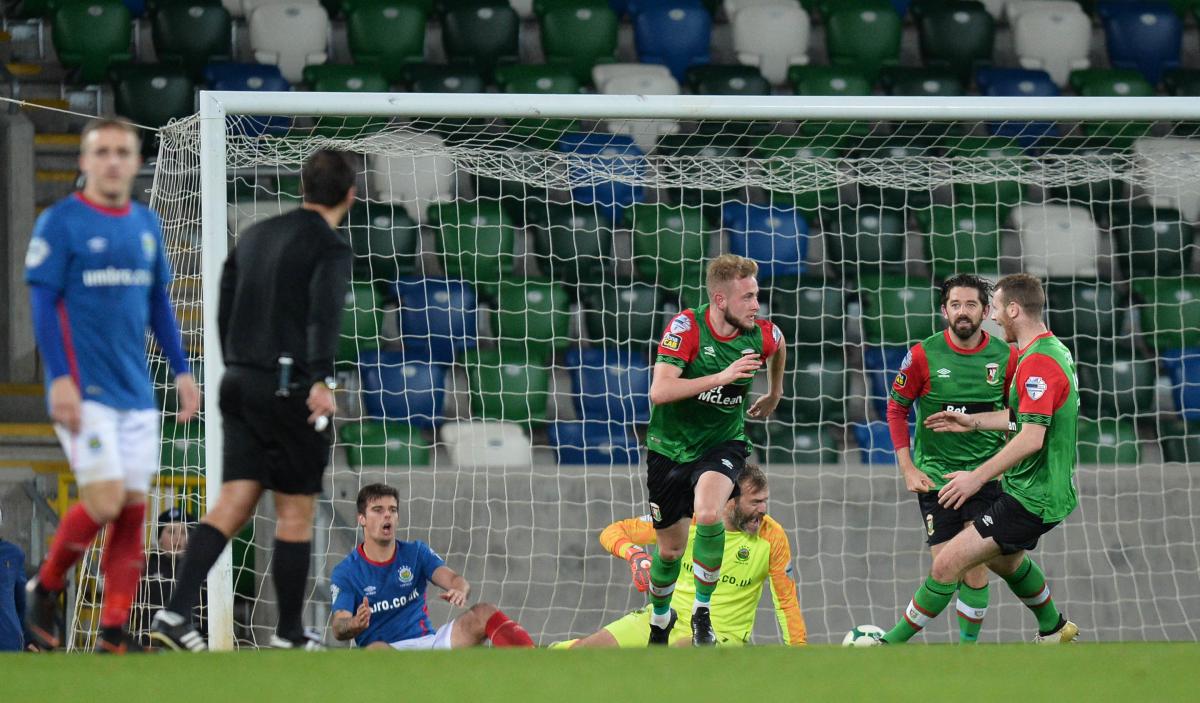 The Glens were totally on top at this stage so it was completely against the run of play when Linfield were awarded their second penalty on 66 minutes. James Ferrin handled a Jamie Mulgrew shot in a goalmouth melee but Linfield’s Waterworth hit it well over the bar without troubling Nelson in the Glens’ goal.

Paul O’Neill made his first appearance for the first team when he replaced McMahon after 73 minutes and was in action 4 minutes later when scythed down by Joel Cooper when on a run.  Paul also had a chance to win the game during injury time but his header from Nathan Kerr’s pinpoint cross was just wide. Scoreless after 90 minutes.

The winning goal came in the 97th minute. Waterworth headed Kirk Millar’s right wing cross against the bar but when it rebounded he was first to the rebound and finished it – a goal all too similar to both goals we conceded against Glenavon on Saturday. We had 2 further efforts in extra time – a great left footed effort from Ross Redman that went just over and another header from Paul O’Neill, But it stayed 2-1.

Virtually immediately after the goal Nigel Prentice made his first team debut when he replaced Dylan Davidson who had worked tirelessly for the previous 100 minutes.

The Glens were definitely unlucky not to win tonight but should take great encouragement from the performance and bolstered by the return of some absentees should go into Saturday’s league game with Ards in a positive frame of mind. 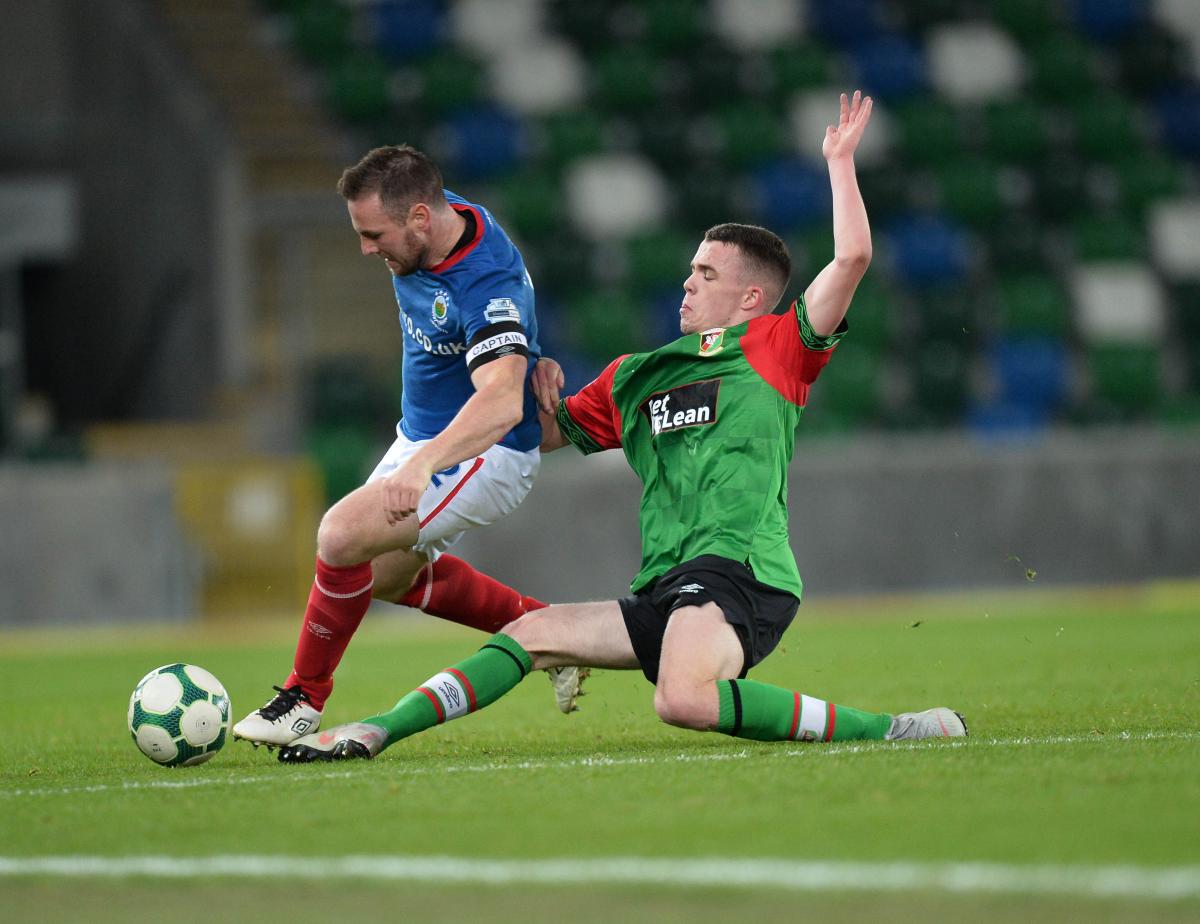