Glentoran’s twelve season run without winning the County Antrim Shield continued tonight with a disappointing defeat in a pretty even game with Linfield at the National Stadium.

The Glens made two enforced changes from Friday’s draw at Coleraine. Luke McCullough replaced the suspended Paddy McClean at centre back while Hrvoje Plum returned for the injured Conor McMenamin in a rejigged formation with Shay McCartan in a more attacking position with Danny Purkis. James Singleton came in to boost the midfield while Ollie Webber was given his fifth start in goal.

Glentoran probably had the best of the opening quarter with chances for Purkis and McCartan offset by strong defending from Aidan Wilson to prevent efforts from a goalmouth scramble in the seventh minute and from Kirk Miller. But for all the effort neither side looked like scoring until the Blues took the lead in the 26th minute when Andrew Clarke caught the Glens defence cold to break through and score with a strong shot past Webber.

The Glens came back well after the shock opener and between then and the end of the half had decent efforts from McCartan, Burns and Marshall. But to no avail as the half ended without an equaliser. 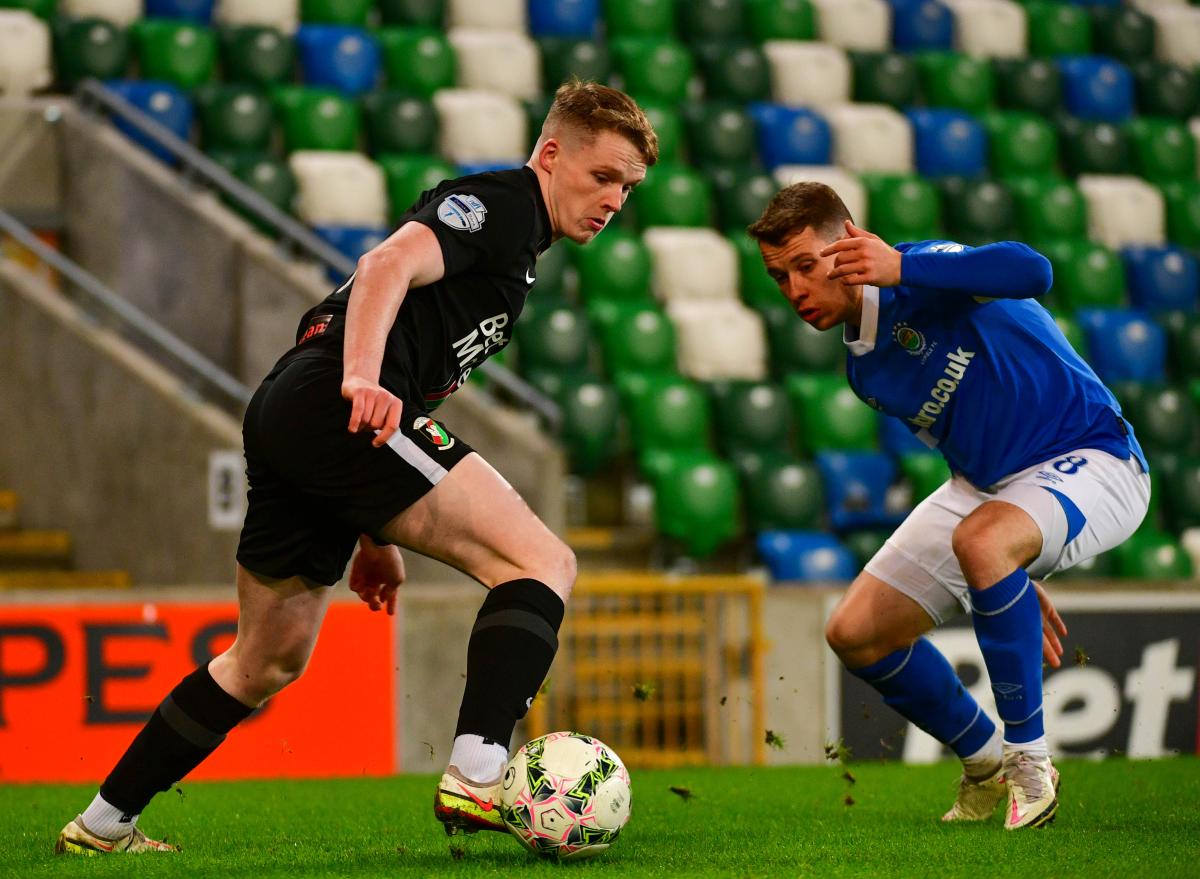 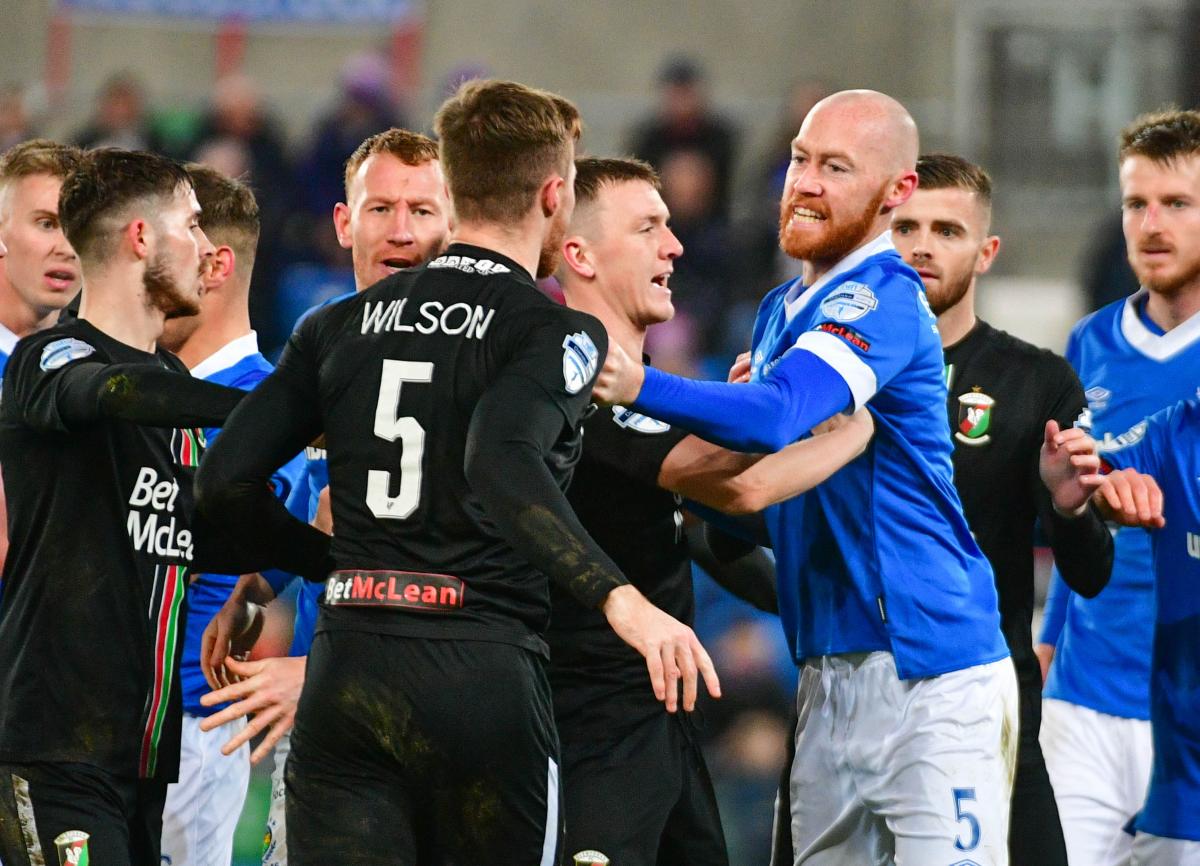 Mick McDermott made two half time substitutions with the Donnelly brothers introduced in a new attack. The Blues actually started more sharply with Marcus Kane and Aidan Wilson called on to bring an end to promising attacks. On 53 minutes there was an altercation in the Linfield area with Wilson and Linfield’s Sam Roscoe both booked.

The Glens came more into it on the hour, firstly when Rory Donnelly was unlucky with a clever lob just over the bar. Then came the deserved equaliser. Hrvoje Plum hit a pin point corner onto the head of midfielder James Singleton who powerfully and confidently headed home. Game on! 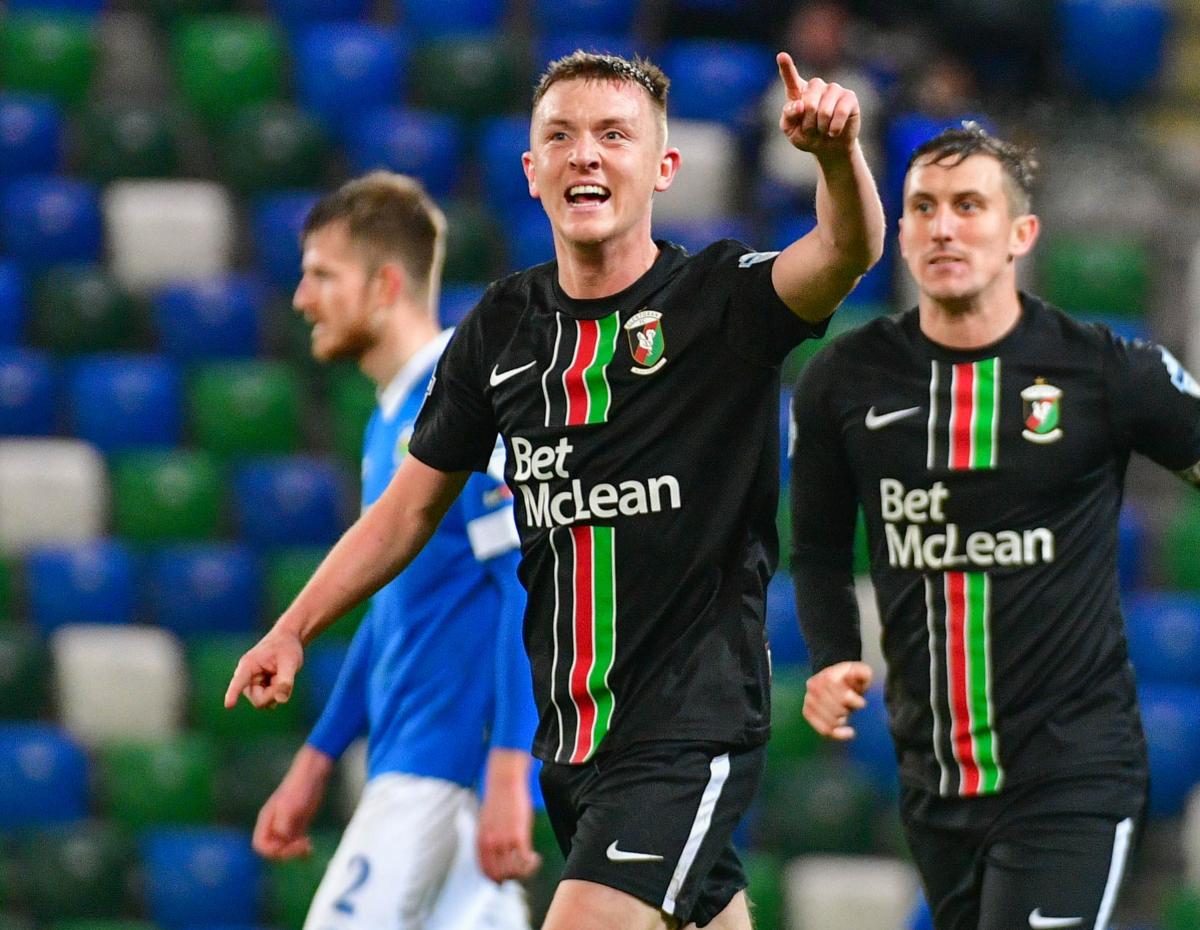 The lead didn’t last though, due to a controversial penalty decision two minutes later. Linfield’s Robbie McDaid went down in the area claiming a push from Aidan Wilson. The referee belatedly blew for a penalty which was confidently converted by Chris Shields. The decision caused dissension in the Glentoran technical area which led to yellow cards for Glens’ Paul Millar and Rodney McAree and a Linfield coach.

Despite three substitutions and plenty of confident midfield play, the Glens’ only real chance to take the game to penalties came from a Rory Donnelly header from an excellent Bobby Burns cross , but the header was well saved by Walsh in the Linfield goal.

Next up for the Glens is a home Danske Bank Premiership visit from third placed Cliftonville on Sunday. A great opportunity to bounce back after a disappointing eight days. 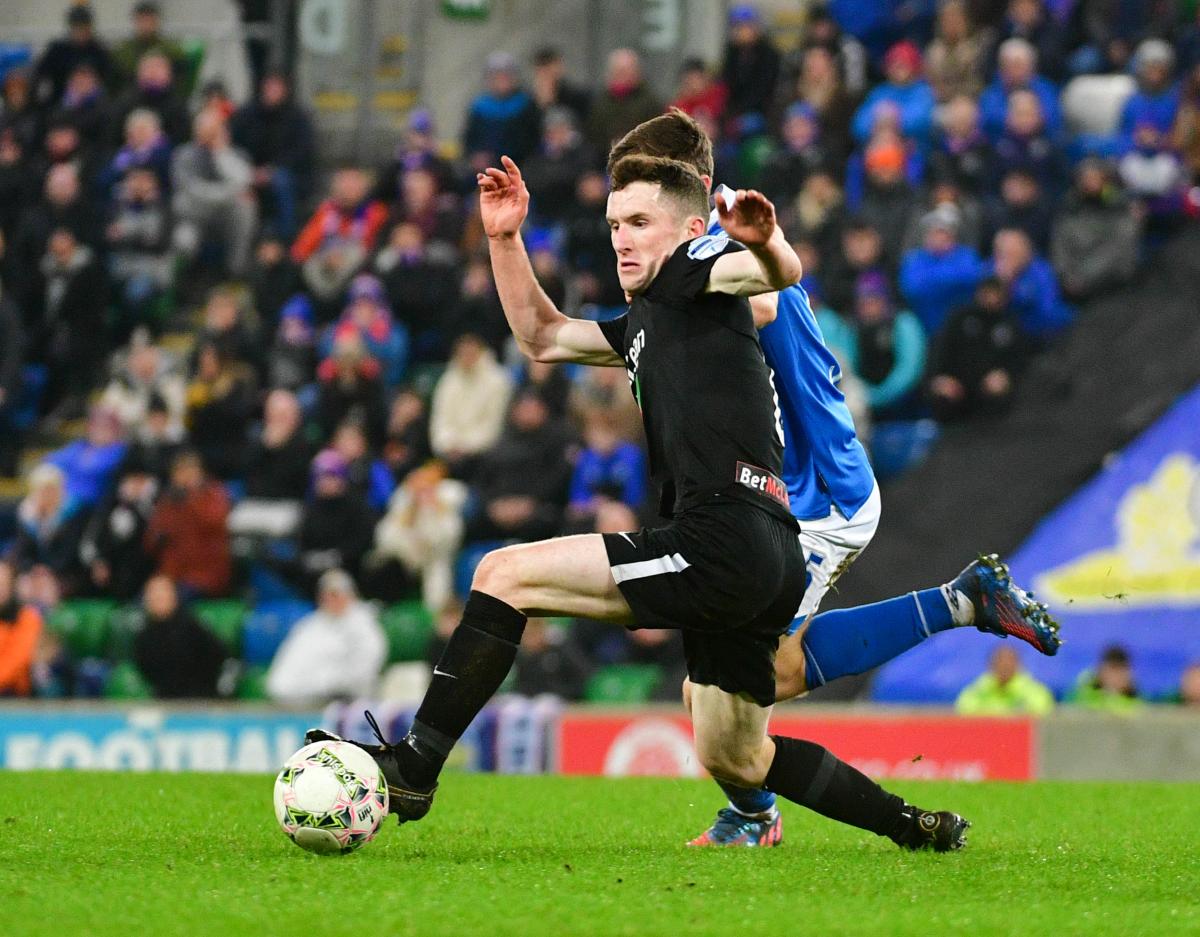