Prior to kick off today one of our supporters, Allen Davidson, took ill. He was treated at the scene by fellow Glentoran supporter, Ian Jamieson, St John's Ambulance Staff and the Linfield FC medical officer, Tim Atkinson. We would like to thank all of them for assisting Allen who is now being treated in hospital and we wish him a full and speedy recovery. Allen, you are in our thoughts and prayers. 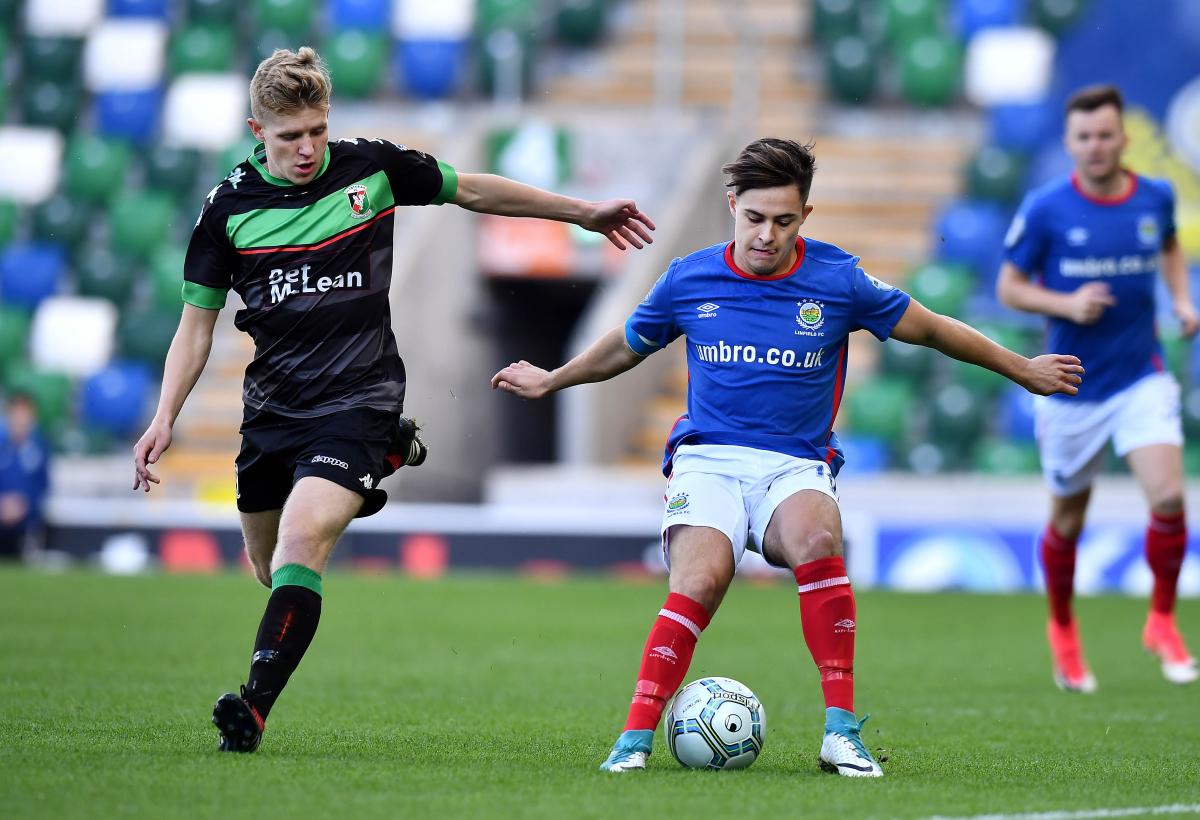 You don't always get what you deserve in football and today was one of those occasions. An energetic and hard-working Glentoran side deserved at least a point and were it not for the heroics of man-of-the-match, Roy Carroll in the Linfield goal, we probably would have got it. Manager, Gary Haveron made a couple of changes to the team in an attempt to take something from the game. Jonny Addis came in at centre half for James Ferrin and Ross Redman returned at left back with skipper, Marcus Kane moving into midfield. John McGuigan also returned with Tiarnan McNicholl dropping to the bench. 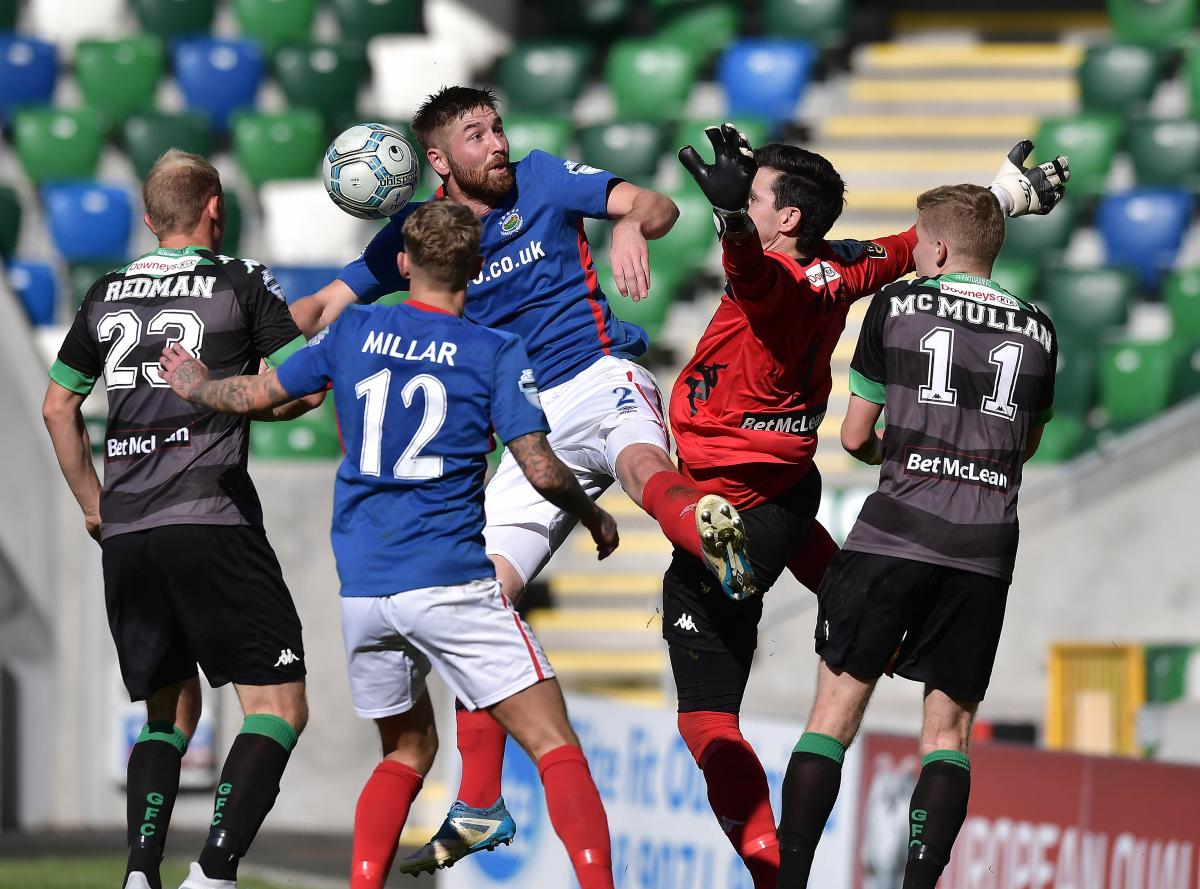 Linfield started brightly and went in front on 5 minutes. Following a corner at the old Kop End, the Glentoran defence didn't really clear the ball properly and Jordan Stewart's cross from the left was headed home by an unmarked Aaron Burns. The Glens didn't take long to test Carroll at the other end. On 11 minutes Robbie McDaid had a great chance to equalise. McGuigan found Allen on the edge of the area and he fed McDaid. The Blues' keeper saved Robbie's effort though and then made an even better stop to deny Curtis Allen. Midway through the first half Corey McMullan shot from 20 yards but his attempt was easily dealt with by Roy Carroll. Just after the half hour Andrew Mitchell tried his luck at the other end by Elliott Morris watched the ball fly well over the bar. Carroll then made another fine stop to deny McDaid following a free kick from James Knowles. Ten minutes from the interval the Glens had another great opportunity to draw level. Jonny Addis found Curtis Allen with a long ball. The Glentoran number 9 played in John McGuigan but Carroll was out quickly to deny him. The ball broke again to McGuigan but his follow up shot was blocked and then hoofed clear by Mark Stafford. In first half stoppage time the Glens had another chance with Robbie McDaid trying to find the top corner when playing the ball to Curtis Allen might have been a better option. 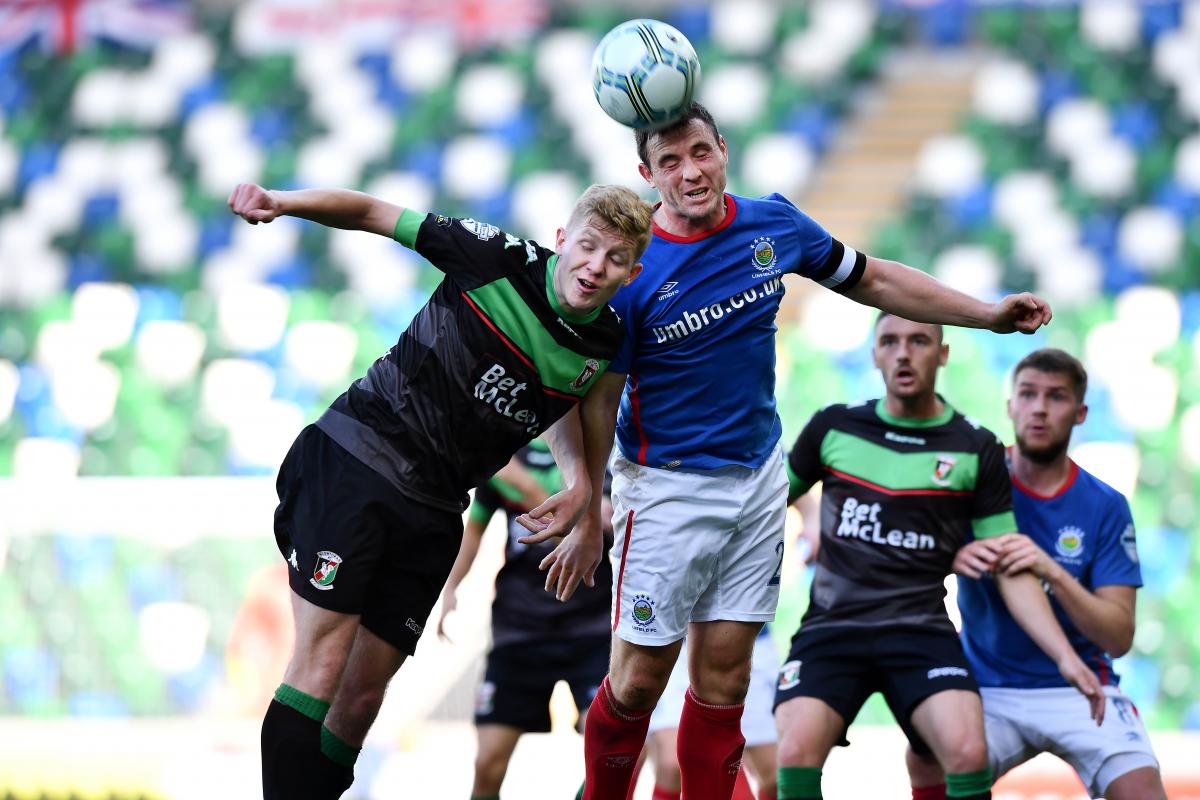 The second half took a while to get going and it was 59 minutes before there was the first decent chance. James Knowles fired in a free kick from the left and Roy Carroll was forced to tip the ball over the bar with it looking destined for the top corner. Three minutes later the Glentoran players and supporters were amazed when John McGuigan was felled on the edge of the area right in front of the linesman who just ignored the challenge! They were even more irate moments later when Glentoran won a throw-in on the left only for the other linesman and referee to give it Linfield's way. It was one of those incidents when all the players know what's happened and their body language actually should assist the officials.....but didn't! To compound matters the card happy Arnold Hunter then showed Ross Redman a yellow card for questioning the decision. The Glens continued to press forward in search of an equaliser but it wasn't to be their day. 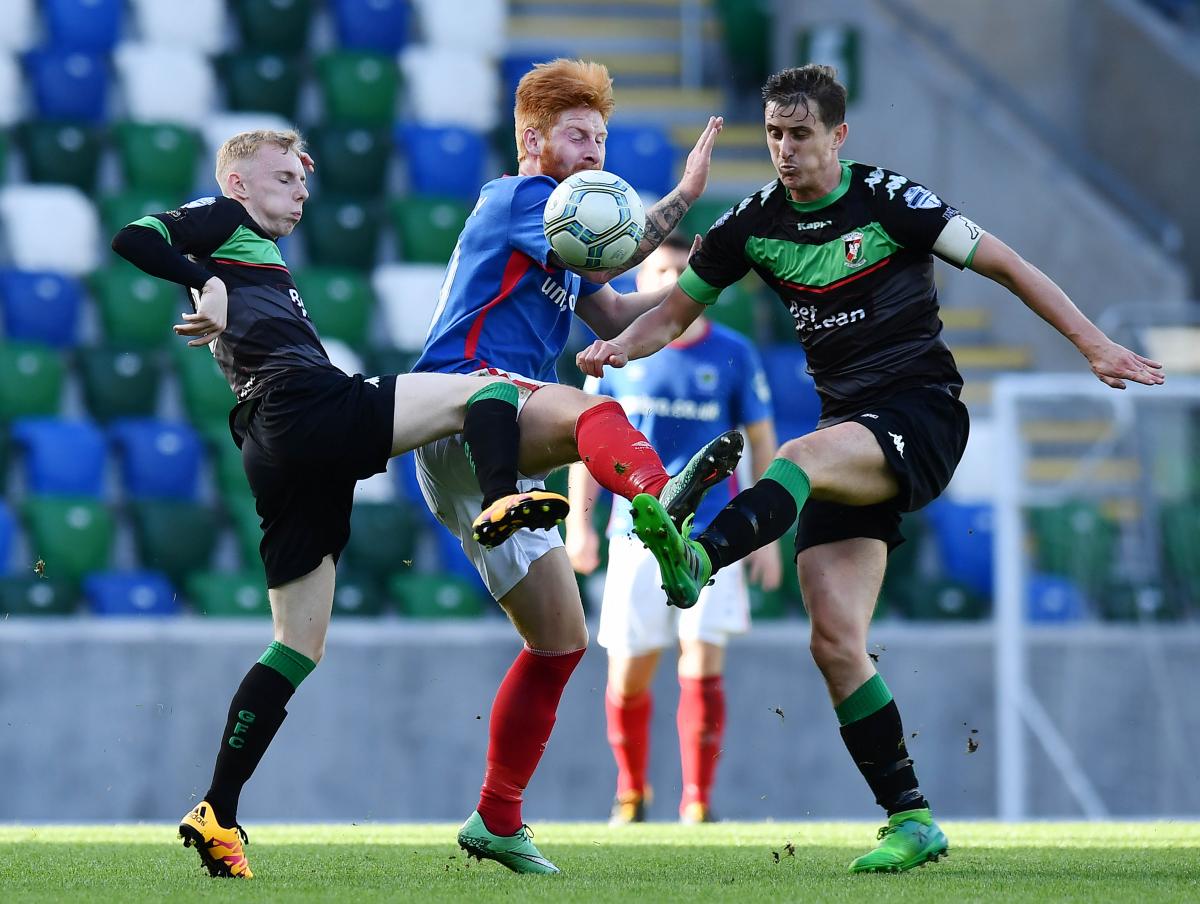 There aren't many times when you lose a game to your biggest rivals and get applauded off the pitch but today was one of those. Following a dismal season last time out, the Glentoran faithful are delighted to be watching a team that is committed to the cause and who today, put in a superb shift. Whilst it's disappointing to record our first loss of the season, if we retain the energy and passion shown so far there won't be too many disappointing afternoons during 2017-18. 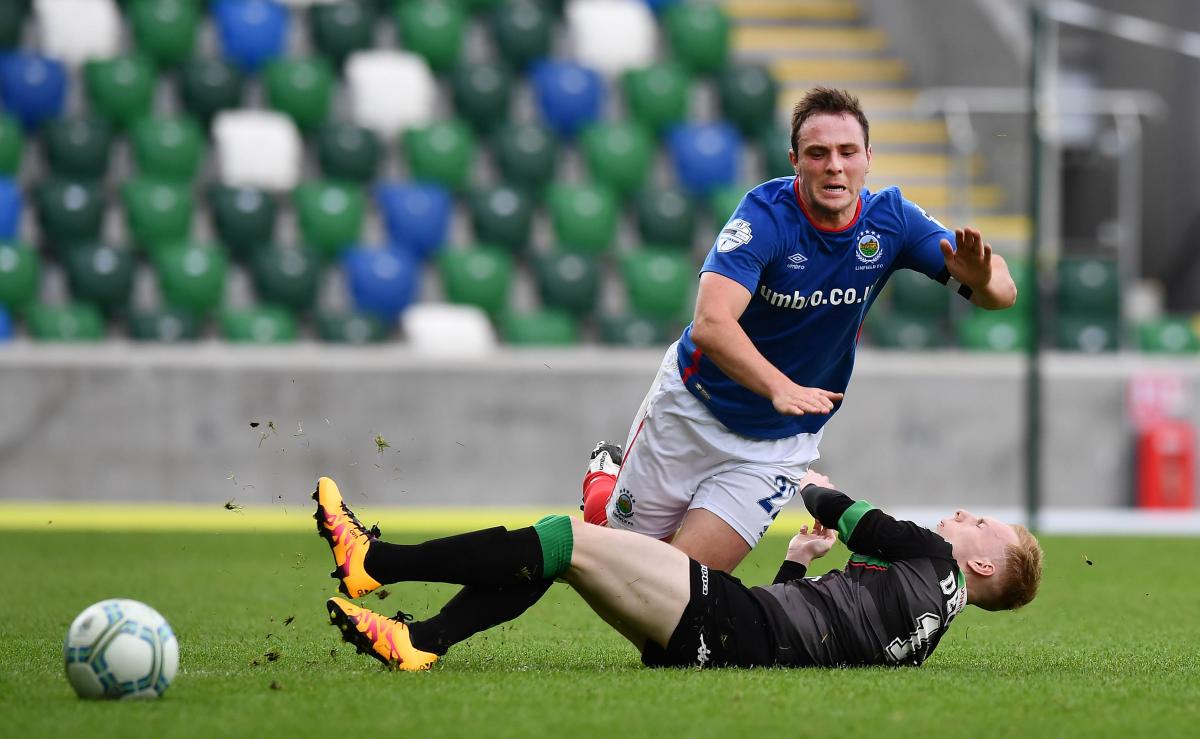 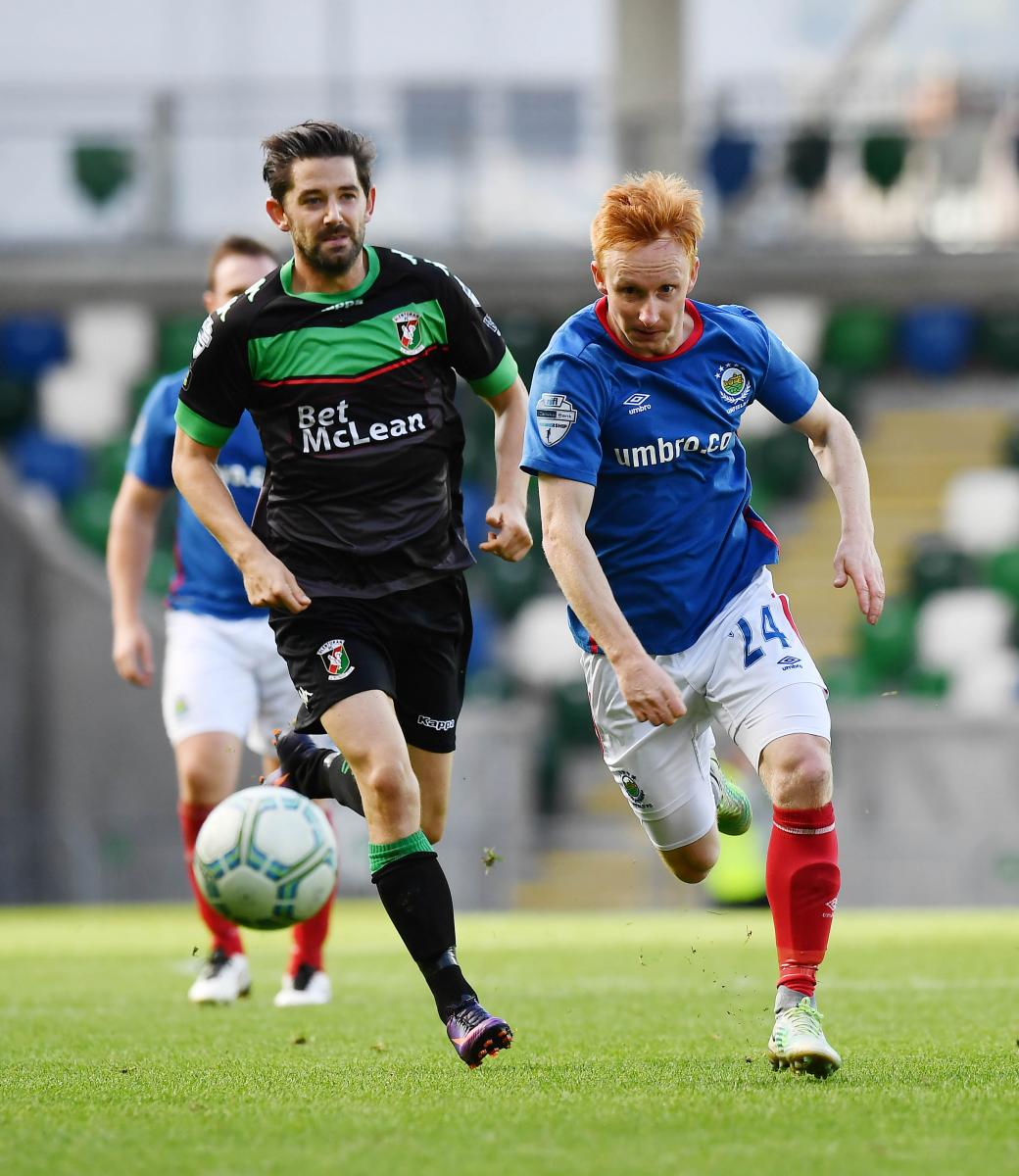