Lauren named Player of the Month

Glentoran forward Lauren Wade has added further success to an already glittering end to the season by being named the Northern Ireland Football Writers’ Association Danske Bank Women’s Player of the Month for September.

The skilful winger was instrumental in Glentoran Women’s Danske Bank Women’s Premiership triumph, with an impressive performance in the thrilling 3-2 victory over Cliftonville Ladies on the night that they clinched the title.

Lauren, who returned to the Glens this season after spells in the United States and in Scotland with Glasgow City, also netted twice in a massive 9-0 victory over Big Two rivals Linfield Ladies.

“I was delighted when I found out that I had received the Player of the Month award,” said Lauren, as she was presented with her award by NIFWA chairperson Ruth Gorman.

“It’s always nice to get some personal recognition, but I feel this is a recognition on our team as everyone has played their part in the busy month of September.

“It was an exciting end to the season and credit to Cliftonville Ladies who chased us right down to the wire.” 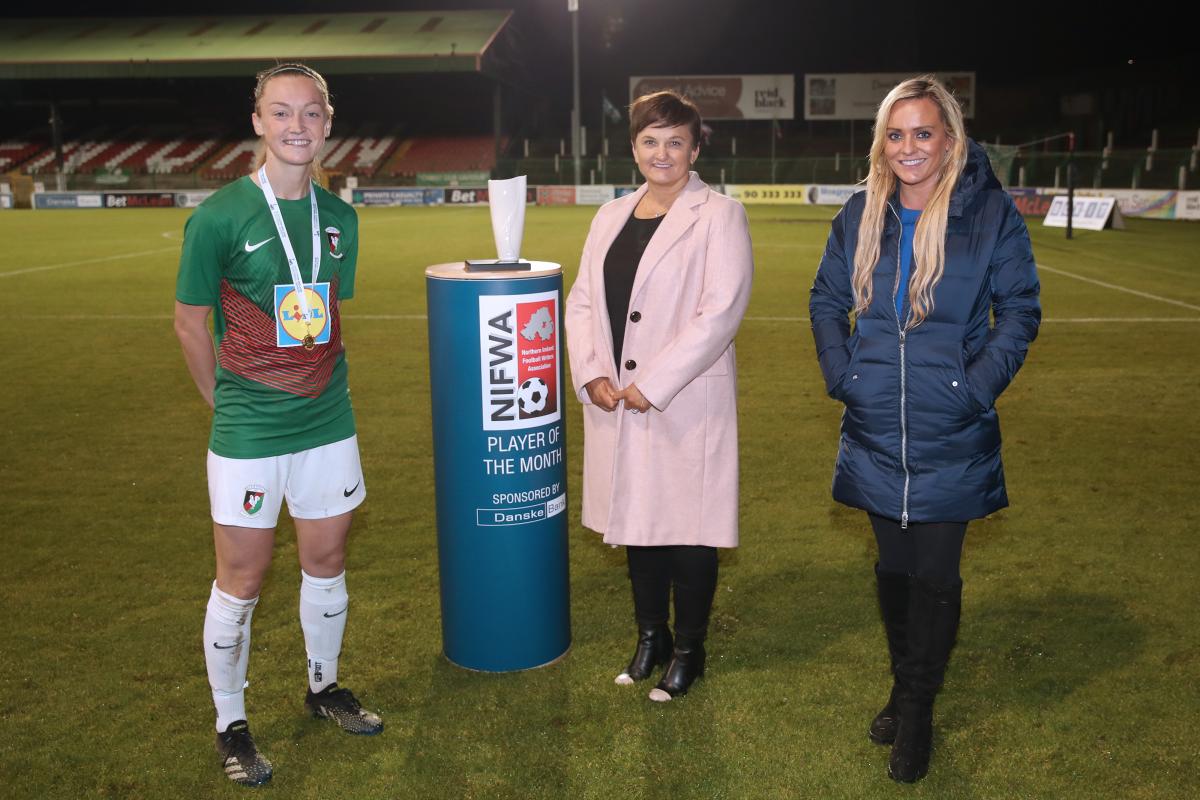 After winning the league in September Lauren and her Glentoran Women team mates went on to secure a treble earlier this month.

After completing their league programme with a 9-1 win over Derry City Women, when Lauren herself scored four times, the Glens won the County Antrim Women’s Cup and then last Friday they lifted the Irish FA Women’s Challenge Cup, beating Crusaders Strikers 2-0 in the final and Lauren scoring the second goal in the final moments.

“What we have done as a team this year has been incredible and I feel so privileged to be part of Glentoran Women,” she said.

Domestic action may be finished for the season, but this weekend Lauren and her Northern Ireland Women team mates will head to Wembley to face England Women in a World Cup 2023 qualifier.

Lauren is the third consecutive Glentoran player to win the Women’s Player of the Month award after team mates Kerry Beattie (June) and Joely Andrews (August). All are also part of that squad that heads to Wembley along with fellow Glens Caragh Hamilton, Chloe McCarron and Nadene Caldwell. 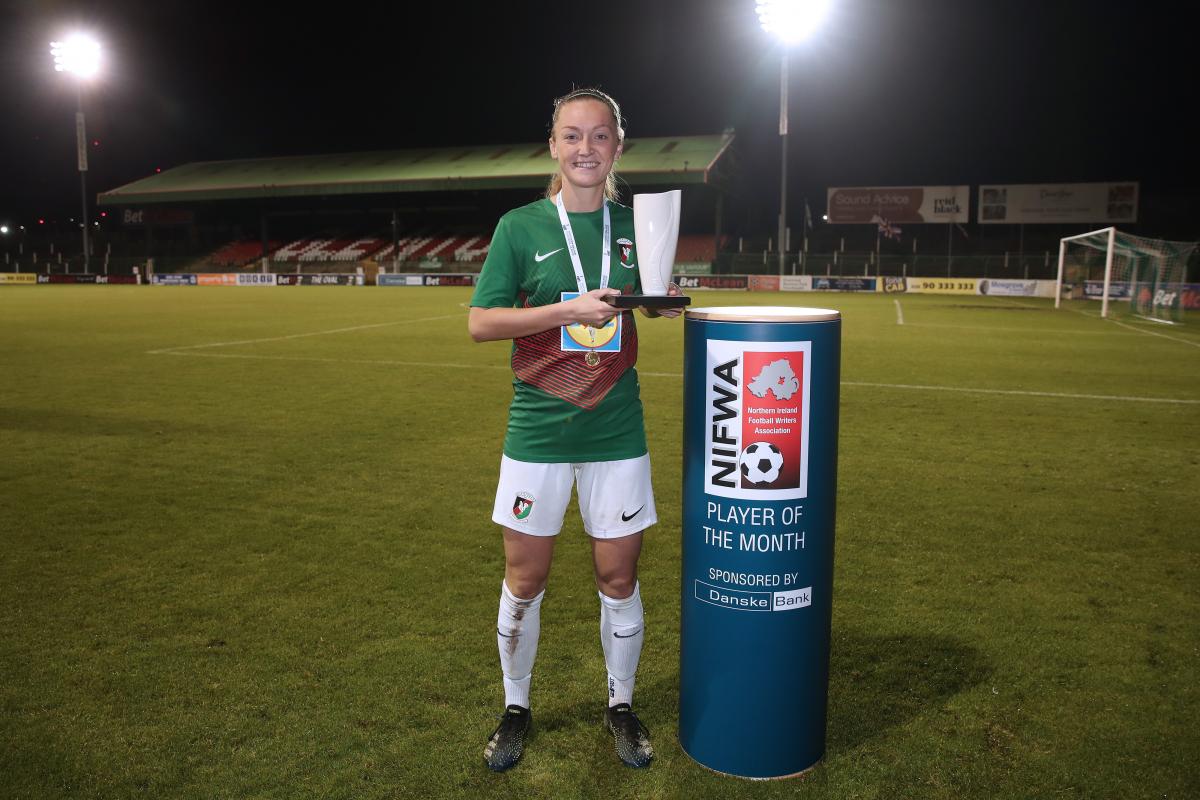