In a vital game in the Danske Bank Premiership today at The Oval Glentoran and Crusaders cancelled eachother out in an even game. The Glens were unchanged from last Saturday's victory over Ballinamallard Utd and aimed to pick up where they left off. Crusaders arrived at The Oval with plenty of confidence too from a recent great run of form.

The game started brightly with both sides looking to create chances from the off. Declan Caddell had Crusaders best opportunity of the half when he broke free of the Glentoran backline only to fire his shot narrowly wide. This let off seemed to kick Glentoran into action as The Glens started to create possession of their own. Stephen Carson was a threat as always down the left and a great piece of play from him set up Andy Waterworth to head narrowly wide. Richard Clarke had Glentoran's other big chance of the half as he dribbled clear of the Crusaders defence only to off balance fire wide of the post.

The second half was a similar affair of a tough midfield battle between both sides. Crusaders were particularly threatening on the counter attack with the pace of Paul Heatley and skill of Gary McCutcheon proving difficult for the Glentoran defence to cope with. Jordan Owens jumped highest to glance a header narrowly wide before Heatley missed a glaring opportunity after breaking clear from the left. Gary McCutcheon then thought he gave the visitors the lead after he broke clear and finished past Elliot Morris only for the flag to rule the goal out. 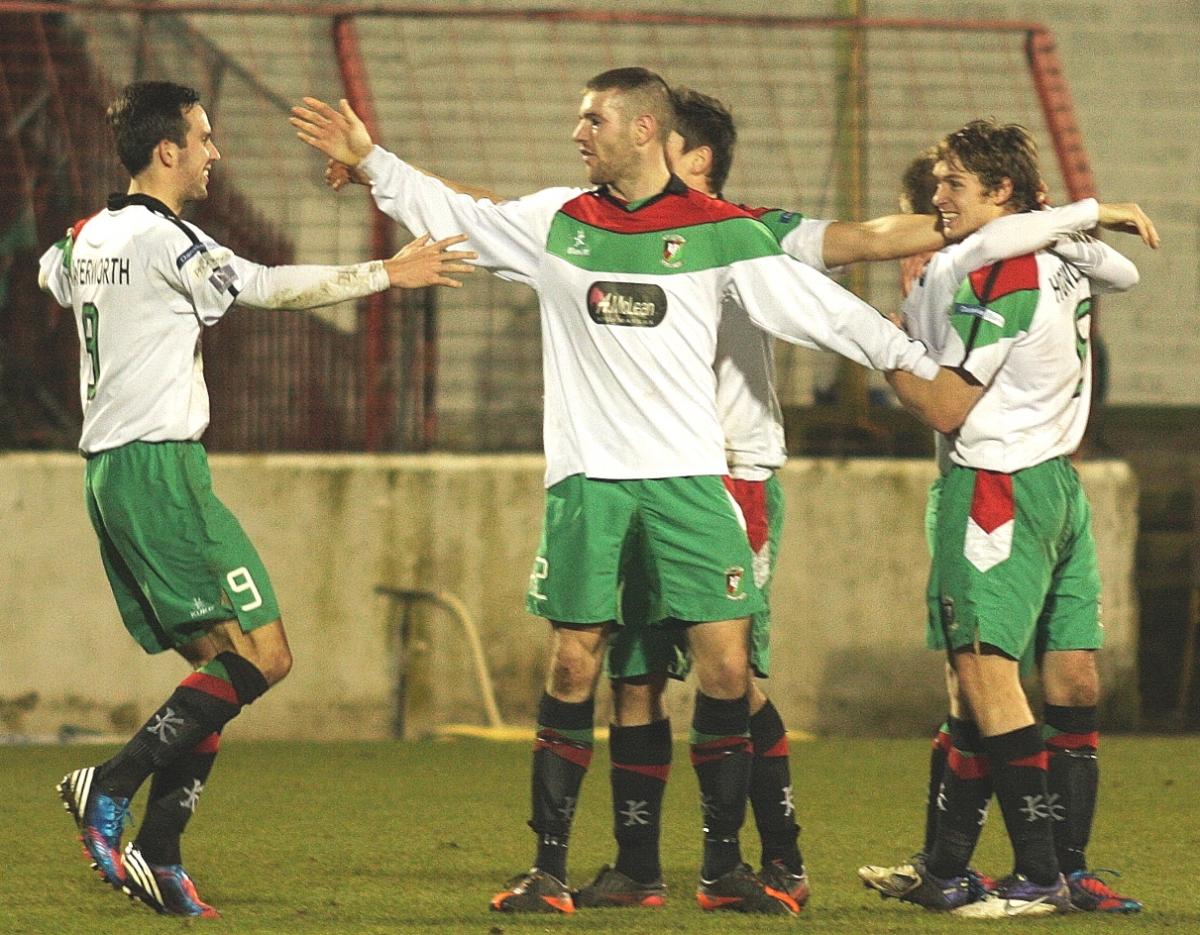 The Glens got the lead on the 74th minute somewhat against the run of play when Stephen Carson made another impressive run down the right before squaring in the middle to David Howland. Howland stuck his effort well first time and Sean O'Neill couldn't get a full glove on it. The ball bounced into the post before creeping over the line to give Glentoran a 1-0 lead.

Crusaders hit back immediately as Elliot Morris made a smart stop from McCutcheon's curling effort. Eventually the growing pressure on the Glentoran backline lead to a breach as Crusaders captain Colin Coates blasted home a volley on 85 minutes low into the bottom corner. There was still time for Richard Clarke to test Sean O'Neill with a dipping 30 yard effort but there was to be no late winner as the game finished 1-1. In truth Glentoran didn't deserve the 3 points but once again coming so agonisingly close only to fall short will be nothing but frustrating for manager Eddie Patterson. 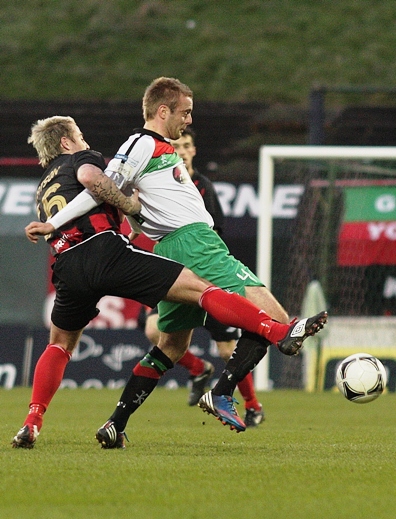