The 38-year-old speaks about her time at the club and her ambitions for the season ahead. Kelly is, somewhat incredibly, in her 23rd season at the club and has even flown home to represent the Glens when undergoing a four-year scholarship in the United States.

Speaking to www.glentoran.com , Kelly said this week: “The main thing is that I’m still enjoying it, so my only thought is to keep playing. Reality will eventually set in and chasing younger players round the pitch will become increasingly difficult, but it’s important to keep me motivated and to maintain my fitness levels. It’s the same for playing any sport though, it’s vital that you can enjoy it and the more minutes I can play the better, helping the club to continue to develop.

Five goals in the opening three games for me probably has surprised me a bit too! But this is why I’m still determined to keep going. Glentoran, under its guises, are the club I have been with since I have started and for me it’s important for me to keep that continuity. That’s why I kept coming home every summer because it was important for me to keep playing for the team and then flying back at when the season was over.”

Bailie has got the campaign off to flying start - she has netted five goals in the opening three league games.

“The league title is undoubtedly our target this season,” added the midfielder, who has won 56 caps for Northern Ireland. “At my time at the club we have won plenty of titles and there was one season we won a treble and for a significant spell we were the best team in the division. Natural progression means you then need to rebuild but in recent years we are little bit disappointed we did not have quite as strong a league season. We always seemed to have a stronger finish to the campaign but struggled at the start so hopefully this season is different as we had a faster start.”

Kelly started out as a 16-year-old with Belfast United who then became Glentoran Women, and has won seven Irish Cups at the club but has not landed the Premiership title in five years.

“It’s important to get off to a fast start, but the main thing now is to keep improving and building on this. The games against Linfield are always important but now that all the teams play each other three times rather than two, it helps in that regard. In the past it might have been looked at as a two-horse race for the title but now every game is tough and the standard has really gone up. There are four or five teams now who can beat anyone else in the division and each game is really tough, which is a credit to the development. Now the league is publicised and it’s easier for women to get involved in the sport is something that is important, and from a playing point of view the advancements are clear.”

Pictured above is Kelly receiving her award from David Kerr of Digivibe Media. 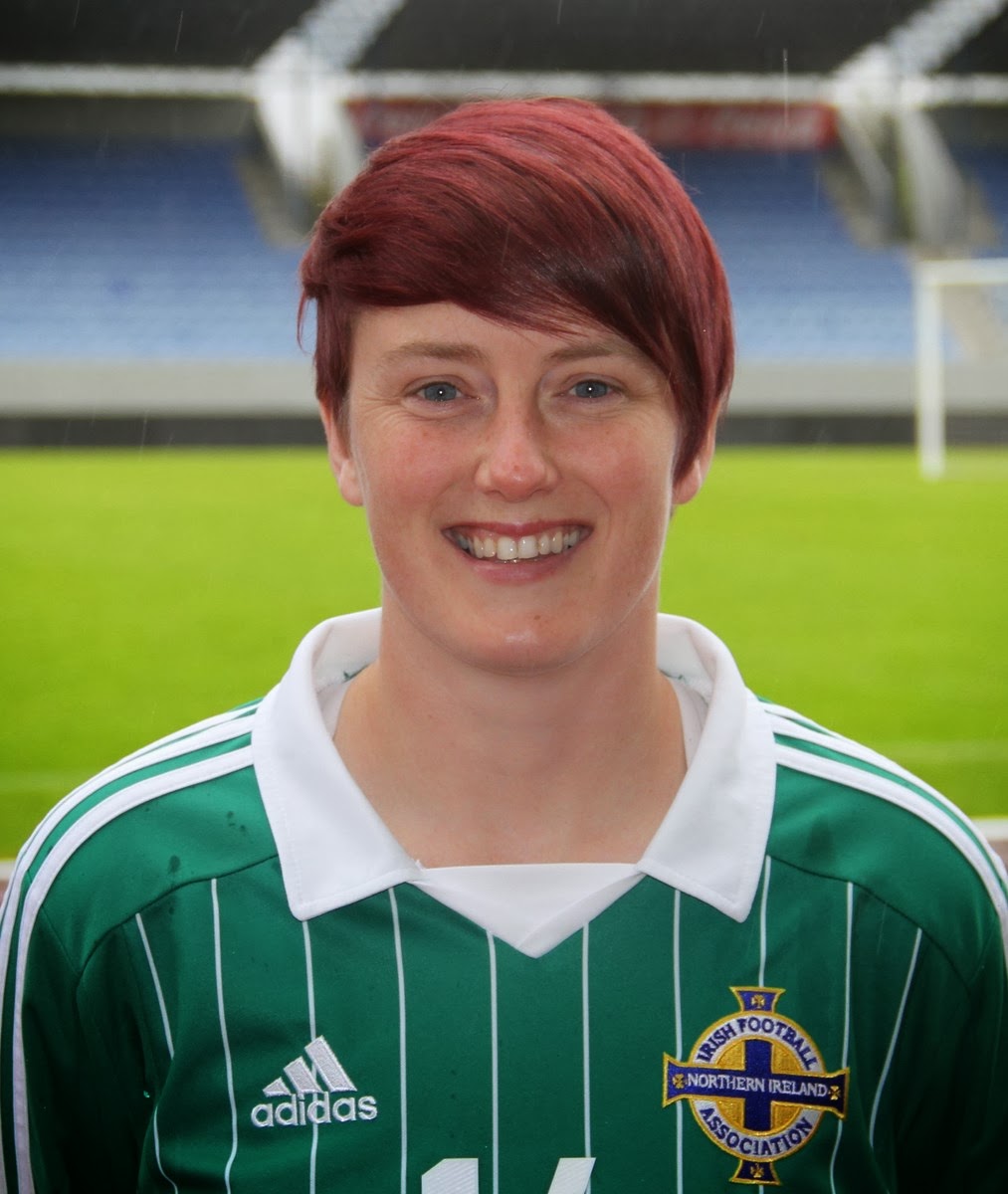