Congratulations to our striker Jay Donnelly on winning the Golden Boot award after scoring 30 goals for the Glens this season. Jay is the first player at the club to hit the 30 goal mark since Gary Hamilton in 2006-2007.

Jay said on receiving his award from NIFWA member Mark McIntosh:: “I have to be happy with my season personally but I think I can do more, there’s always more you can do in a football match. Friday night wasn’t our night but we’ll re-group and go again next season.

I’m delighted to win the Golden Boot, though. It’s going to sound a bit cliched but it has always been a dream of mine to win the top goalscorer award in the Irish League.

I’ve played for a number of years now and when you look at the players who have won the award, it’s incredible that I’m now part of that list. 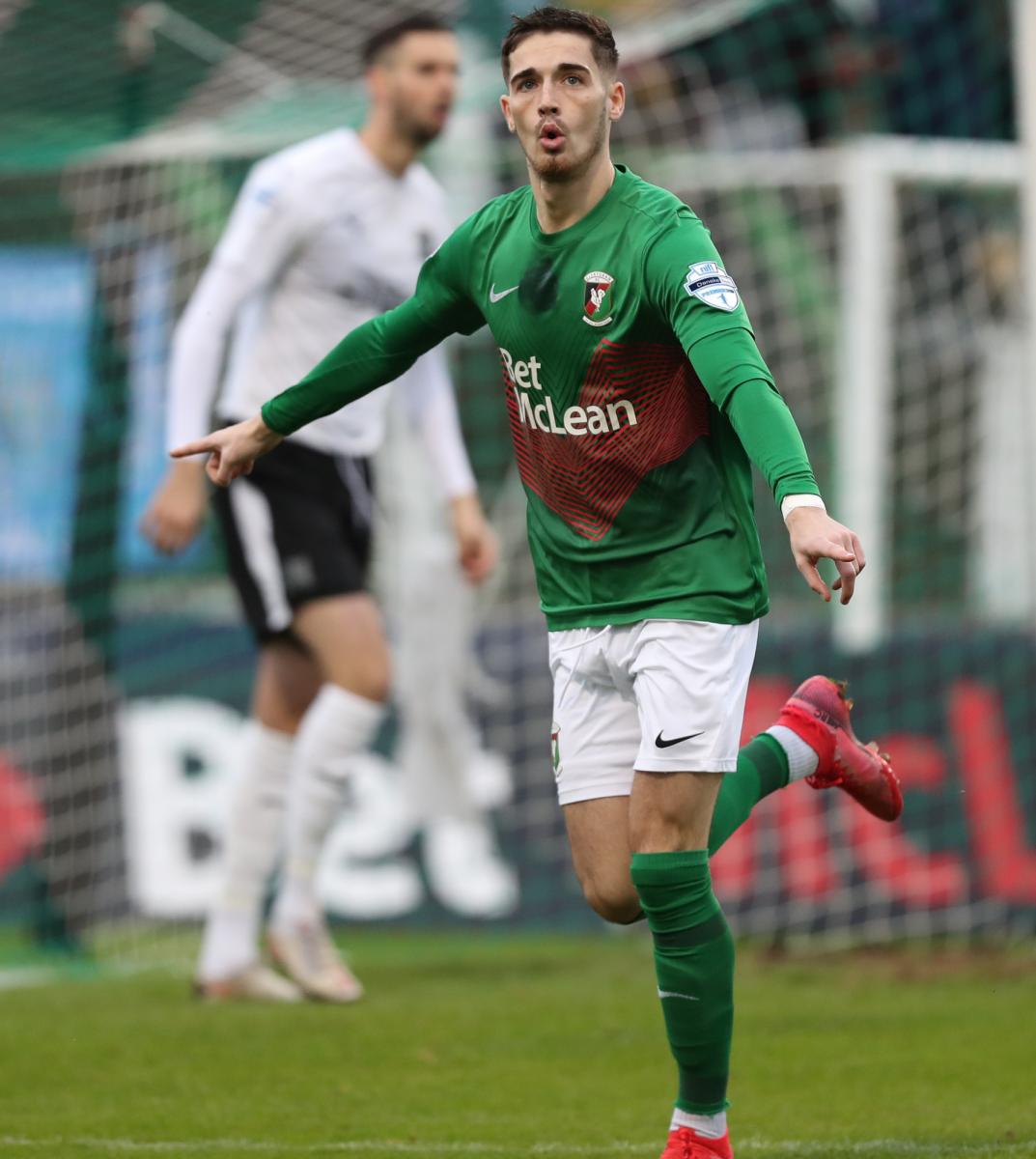