The resumption of the Women’s Premiership programme following the international break saw Glentoran Women continue their fine recent form by cruising to a 3-0 victory over cross city rivals Linfield at the Ashfield Arena on Wednesday evening. With Jess Foy side-lined through injury, seventeen year-old Cara Mervyn stepped up from the U19 squad to deputise at left-back with an excellent performance full of assurance despite inexperience at the top level. Danielle Maxwell also returned to the starting XI and international midfield star Nadene Caldwell took the captain’s armband for the evening. 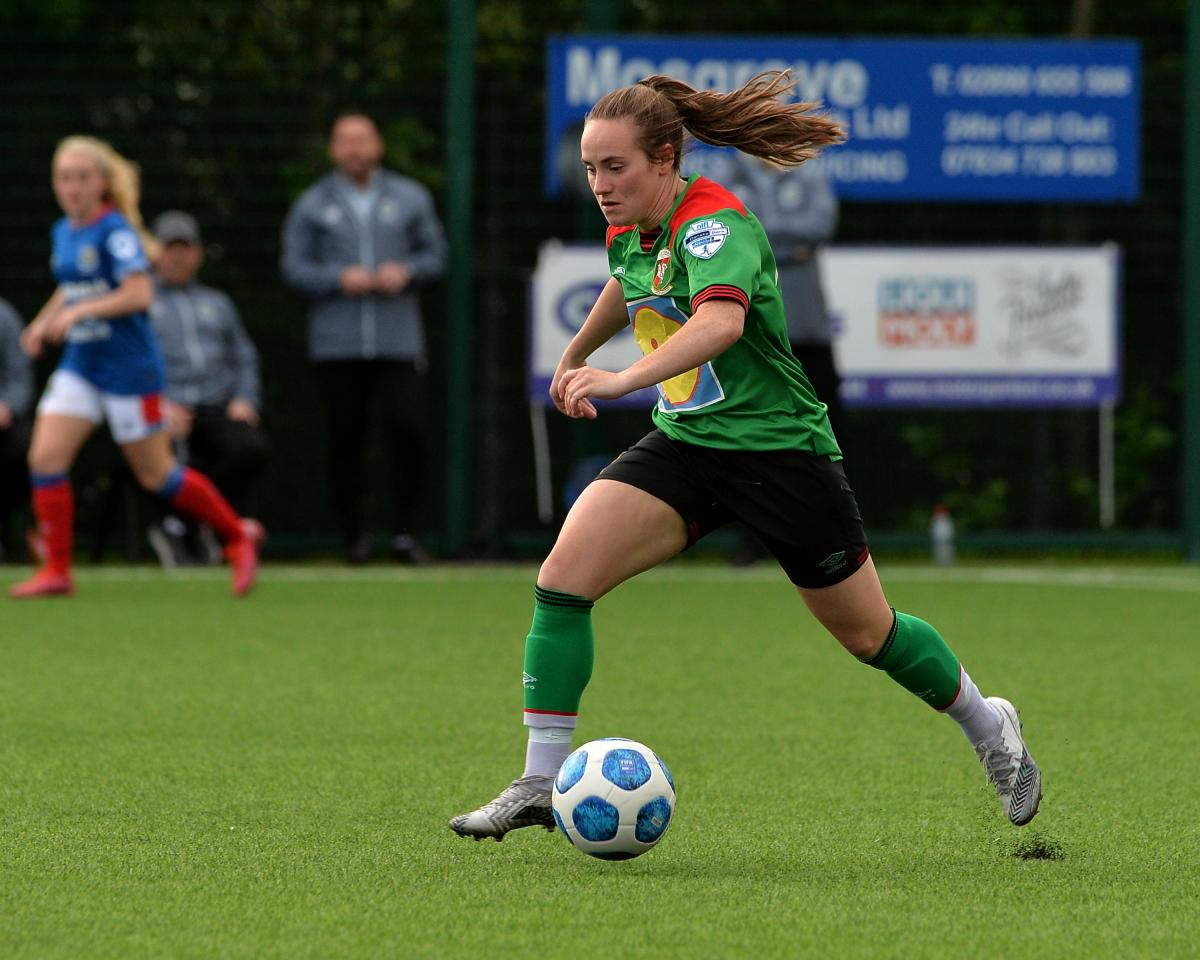 A quiet start to the game saw both sides aim to settle in to their respective rhythms of play. The first action of note came on eight minutes when a speculative effort from Sam Kelly narrowly missed the target. Not long after, Linfield broke down the left and McKenna’s low drive was comfortably held by Jacqueline Burns in the Glentoran goal. Burns seemed intent on quick distribution in the early stages attempting to find Wade and Maxwell both of whom looked lively and keen to test the Linfield full-backs. The Glens were beginning to enjoy the lion’s share of possession with a further goal-bound effort from Kelly on 15 that didn’t test Adams in the Linfield goal. A Shannon Dunne foul on Alyson Smyth led to a well struck Linfield free kick on twenty minutes that was well claimed by Burns. Wade and Andrews began to link well in the final third forcing consecutive corners that were easily dealt with by Adams once again. Kerry Beattie’s much improved hold-up play was a dominant feature of the half bringing others into the game and allowing the Glens midfield to break the lines on occasions. Indeed, it was Beattie herself who carved a good opening for herself in the thirty-sixth minute only to see her shot blaze over the bar. A few minutes later Beattie played in Lauren Wade who shot disappointingly into the side netting from a decent angle from which to convert. A late Andrews run from deep just prior to the final whistle drew a foul just outside the area leading to a Bailie direct free-kick well saved by Adams. 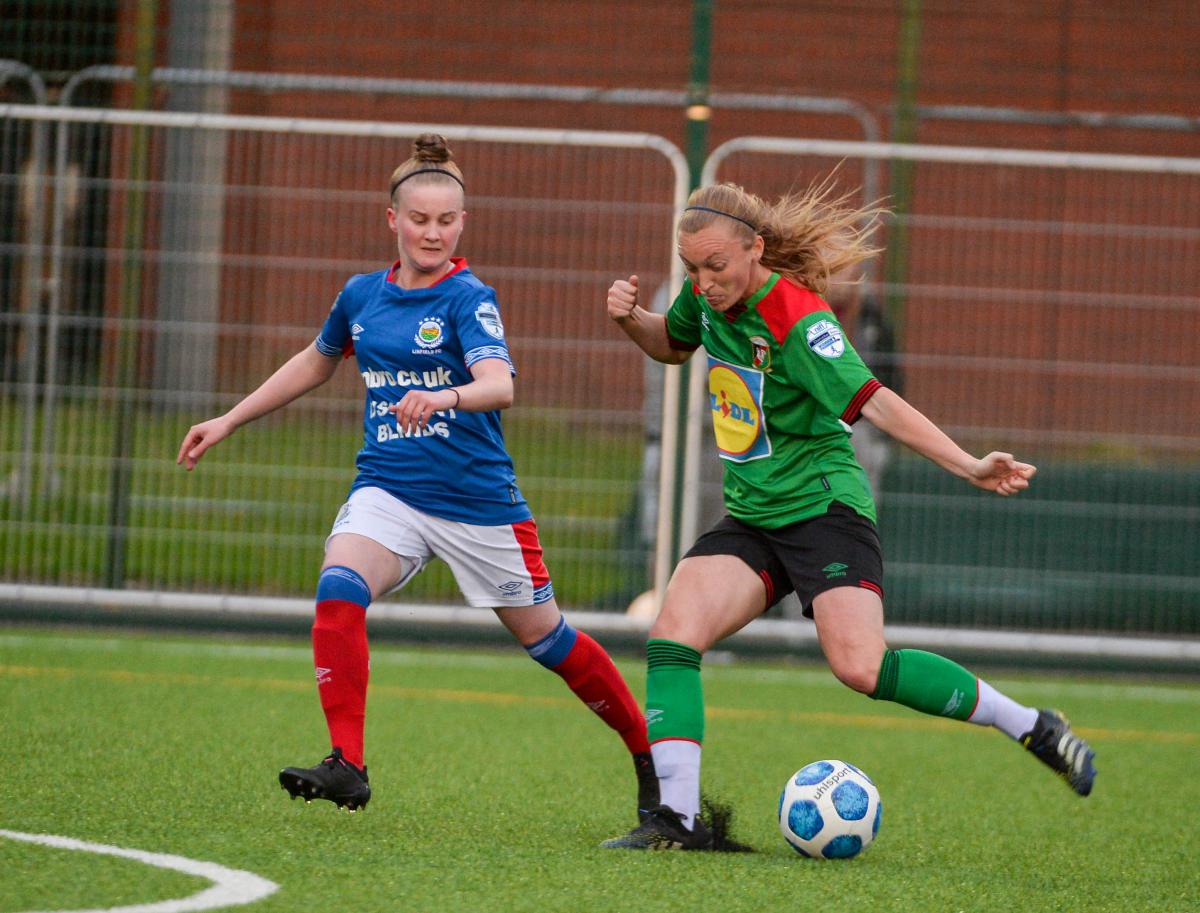 Glentoran began the second period in determined mood in the knowledge that only a win would suffice in order to move closer to leaders Cliftonville whose game against Crusaders had been rescheduled for later in the season. As Linfield tried to play out from the back a coordinated Glens press forced a McKenna back pass error which Beattie exploited to coolly slot past Adams to give the home side an early second half lead in the forty-eighth minute. Ten minutes later Wade got away down the left, squared the ball to Maxwell on the edge of the area from where a perfectly cushioned pass back inside found Kelly whose well placed strike evaded Adams in the Linfield goal to double the Glens’ lead. Manager Stephen Murray introduced Ali McMaster on the hour to provide fresh legs as the hardworking Kelly made way after another battling performance. Rather than sit back and protect the two-goal the Glens continued to build attacks late in the second half as full-backs Cara Mervyn and Annie Timoney continued work the flanks. Wade, still keen to be involved in everything in the final third, worked to create a shooting opportunity on seventy-two minutes that produced a fine Adams stop. Linfield also worked hard to create goalscoring opportunities as they attempted to reduce the deficit. Indeed, a clear opportunity fell to Ebony Leckey on seventy-three minutes. Good work by Dickson on the left ended with a great cross that the substitute striker headed over the bar. The Glens responded with a firmly struck Andrews through ball to lively McMaster whose shot was well cut out by covering defender Kathryn McConnell. Strong hold-up play and a penetrating run to the by-line on eighty-one produced a fine cross met by a McMaster header easily claimed by Adams. As the Glens continued to look for the third goal Lauren Wade shot over from a free kick after her jinking run inside was ended by McKenna working back once again to help her defence. A minute later Beattie spurned a chance to further increase her tally for the season as the impressive Adams made yet another important save. A second Glentoran substitute saw the impressive Cara Mervyn make way for Jenna McKearney in the full-back berth with five minutes remaining. Wade, whose performance deserved a goal, finally netted with three minutes to go with a beautifully struck left-foot shot from distance that flew into the net to secure a fully deserved win for the home side. 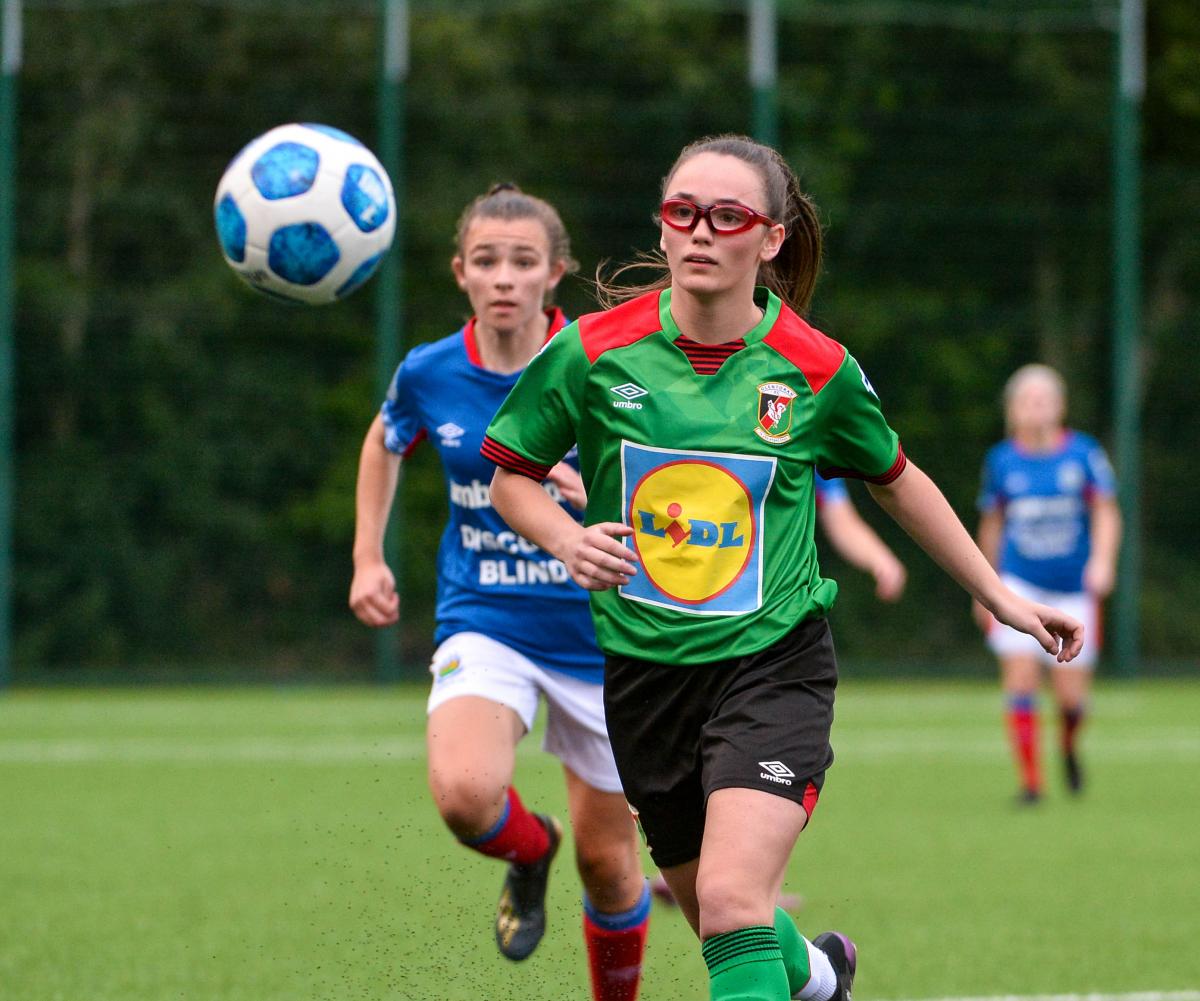 Next game is a top of the table clash with Cliftonville back at Ashfield on Wednesday 23 June. 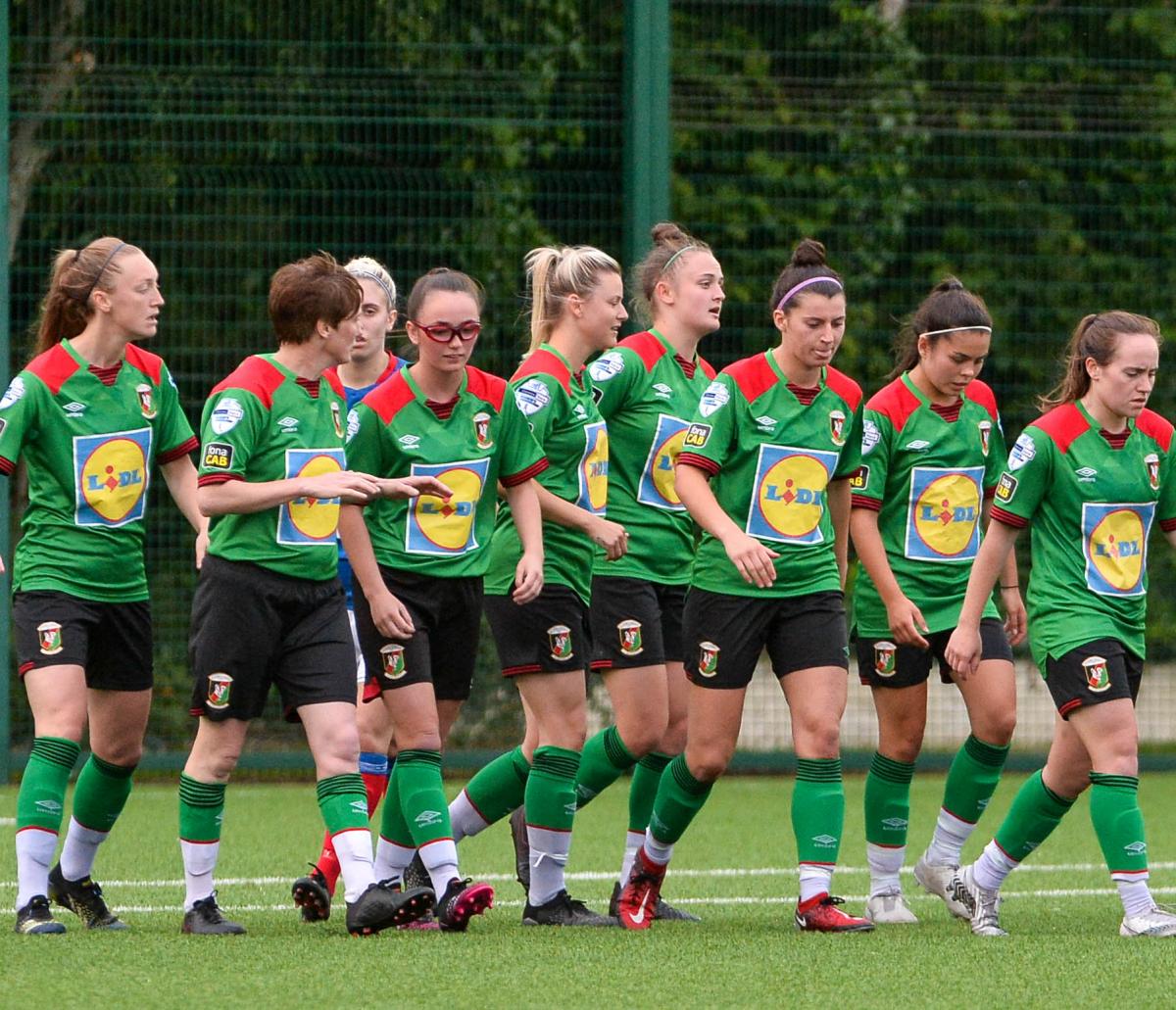