A strong second half performance at the Oval on Wednesday night saw the reigning Premiership champions claim an encouraging win to remain at the top of the Dankse Bank Women’s Premiership one point ahead of nearest challengers Cliftonville, who have played two games fewer. 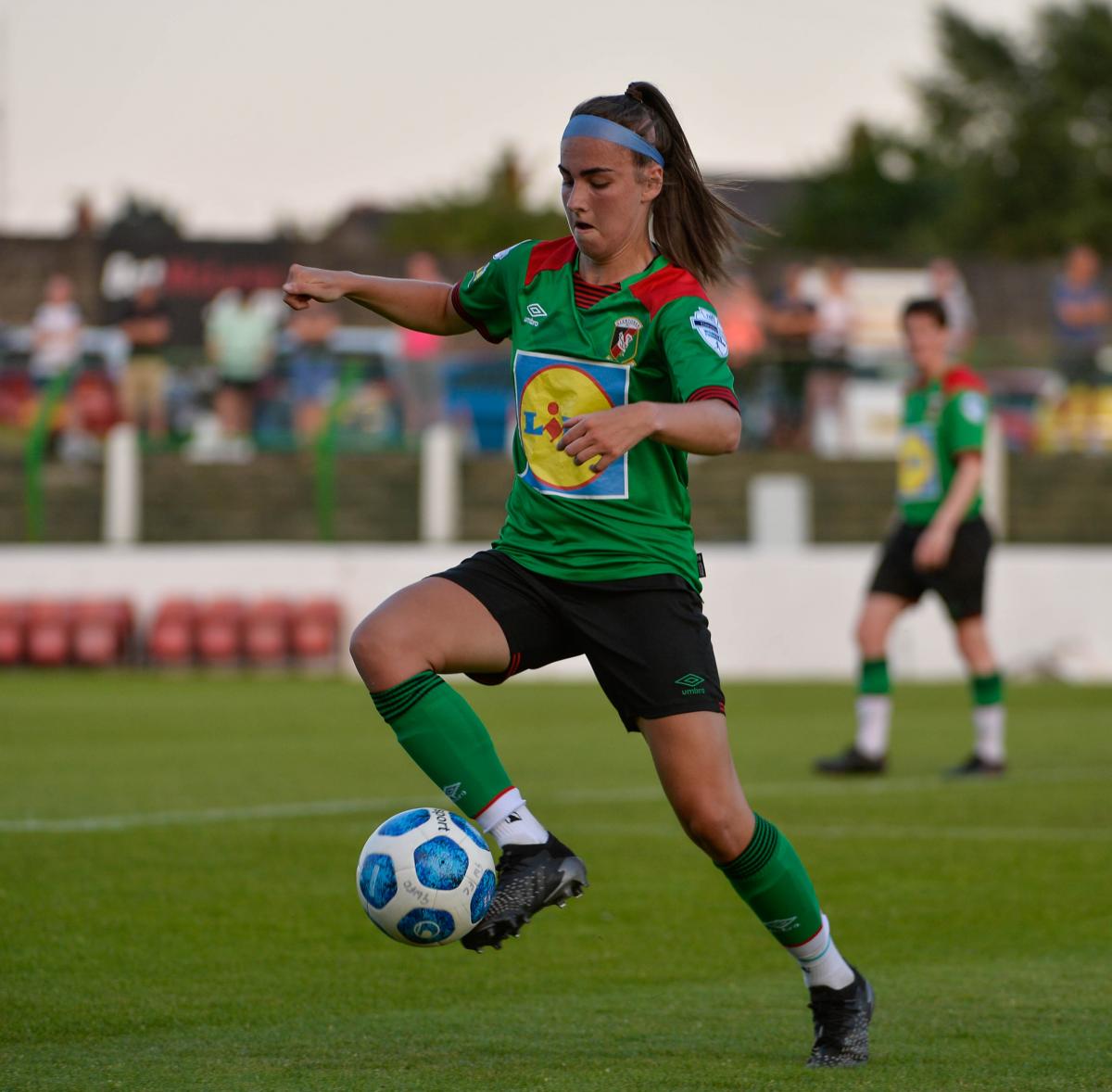 Stephen Murray’s unchanged line-up started well against an organised and competitive Crusaders outfit seeking to avenge a 2-1 defeat the last time the two teams faced each other at Seaview in a pulsating game that ended with a late Casey Howe winner. The first chance of the evening fell to Kerry Beattie following an effective short corner routine that provided the chance for the in-form striker to swivel and jab a close range shot against the upright. On 20 minutes a long ball forward from Bailie found Lauren Wade down the left. The pacy winger cut inside and and chose to go herself firing a shot wide across the goal just as midfield support was arriving in the area. Minutes later the ex-Glasgow City star’s free-kick struck the bar as pressure from the home side began to build. A beautifully fluid move on 28 involving McCarron, McMaster and Timoney ended with the right back shooting low and wide. Harvey-Clifford in the Crues goal was called into further action on 35 reacting smartly to a well struck McMaster drive to toe the ball out for a corner. Then, a superb reverse pass from Beattie inside the box minutes before the half-time whistle played in Andrews whose fine touch enabled her to get a shot across goal from a very narrow angle just evading the far upright. 0-0 at the break with the home side enjoying the lion’s share of possession and chances. 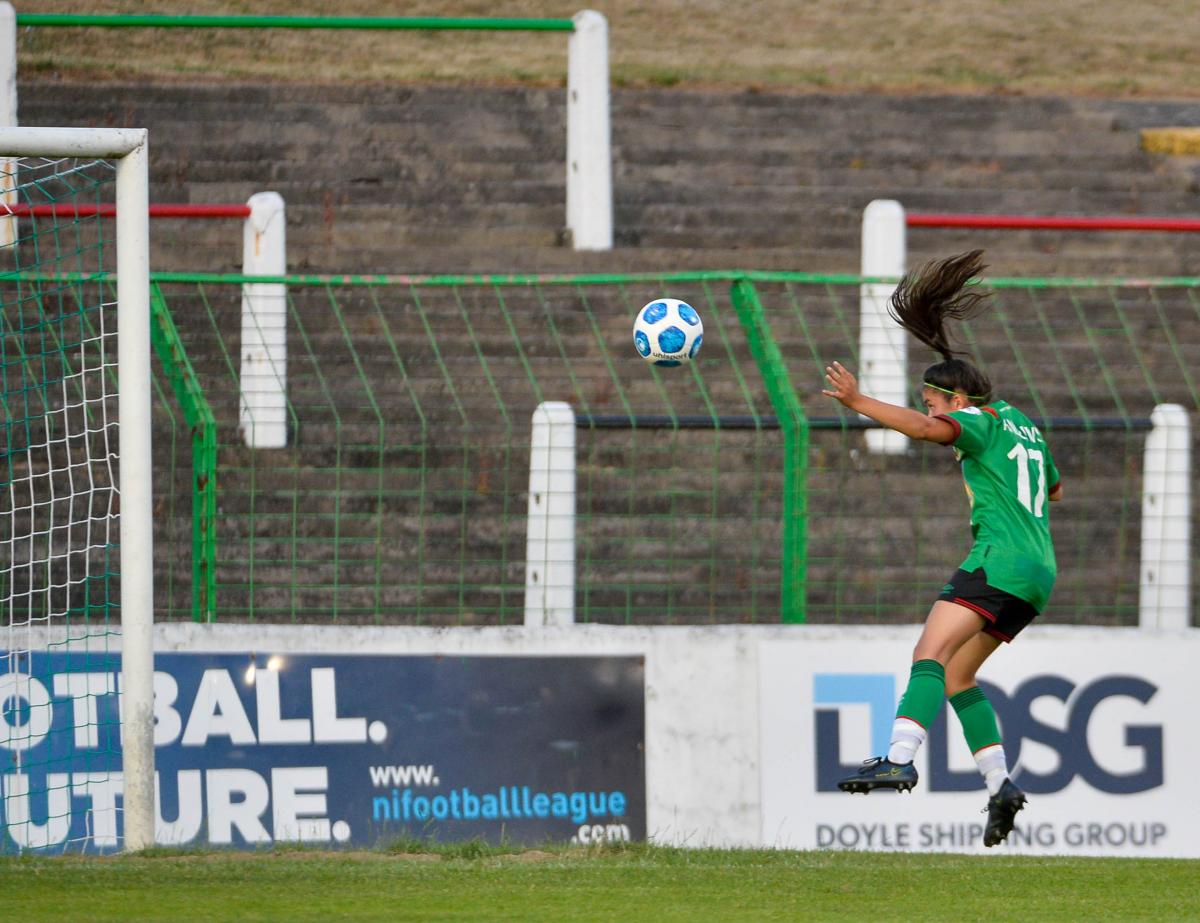 The Glens took the lead within three minutes of the restart following a brilliant move and goal. Timoney at right back found McCarron in midfield who in turn moved the ball to Andrews in the centre circle. Andrews managed to get away from Otter rolling the ball into Wade’s path on the left flank. The winger carried the ball at pace past a defender, looked up and delivered a measure pass to Beattie whose predatory instinct once again resulted in a cool finish to give the home side the lead to the delight of the home fans looking on. The Glens looked fit, focused and fully intent on extending the lead. With a stinging strike from midfield maestro Caldwell on 52 producing a fine fingertip save from Harvey-Clifford and Andrews beginning to use the space in the middle of the park to drive at the centre of the away side’s defence, it seemed only a matter of time before the home side would increase the advantage. Howe replaced the hard-working McMaster on 57 delivering an immediate impact. With Wade on the left and Howe on the right options were plentiful in attack, particularly with Beattie’s excellent hold-up play in the final third allowing her midfield colleagues to exploit the large wide spaces to full advantage. Howe’s understanding with Caldwell developed well in the latter stages of the game. With Crusaders still looking to hurt the Glens on the break with Wilson’s pace down the left, it was up to the solid and trusted defensive partnership of Timoney, Bailie, Dunne and Foy to close the door, which they had in fact done impeccably throughout the game. The second goal came on 76 minutes courtesy of an Andrews header from a Jess Foy cross following some lovely cross field transitional play. Now enjoying the comfort of a late two goal advantage the Glens really did turn on the style with Howe finding the target on three separate occasions and Lauren Wade’s tireless performance eventually rewarded with a goal to put the game beyond doubt and bag the points. Her fine run inside saw her evade the attention of two defenders before rifling a low right-foot drive into the net at the Sydenham end to cap an impressive all-round performance. 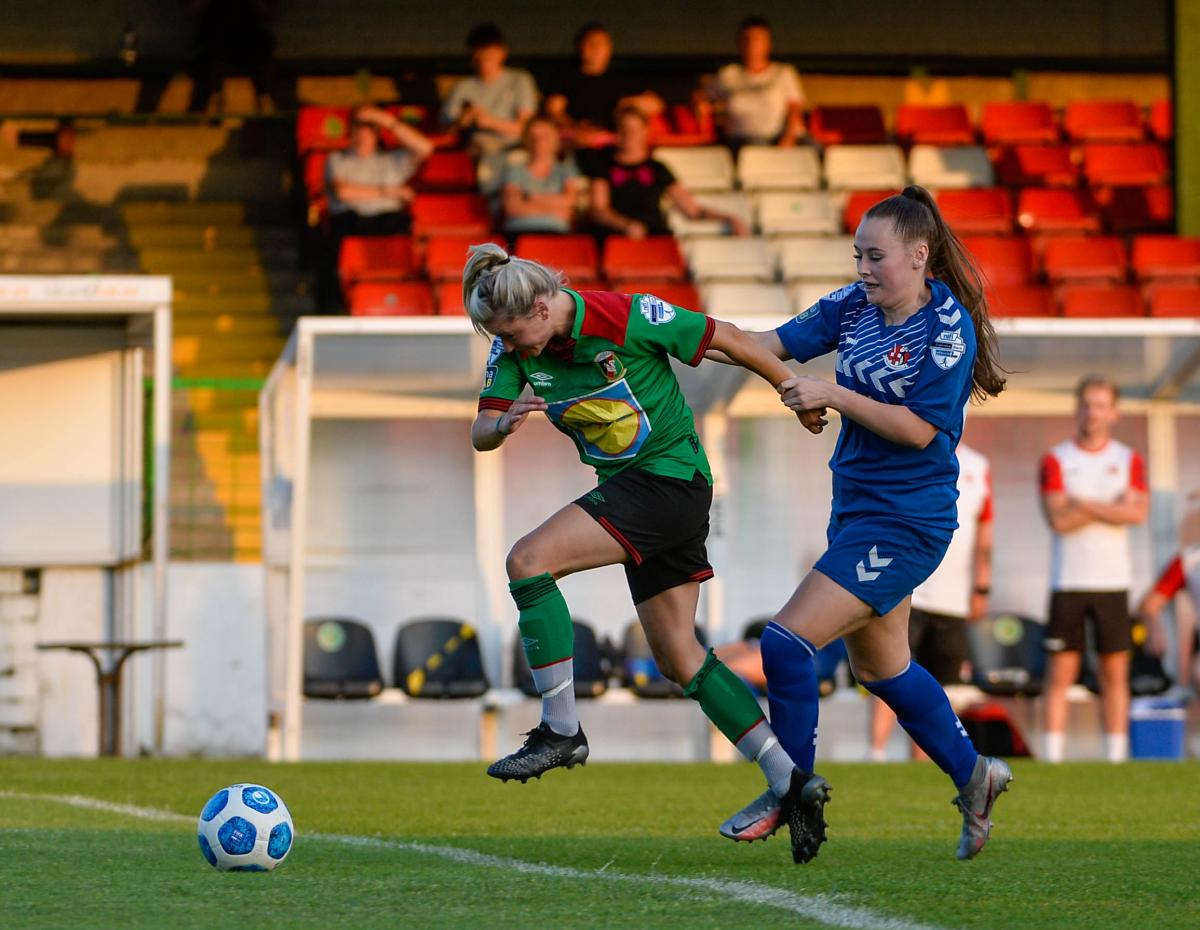 Next up for Glentoran Women is an Irish Cup tie away to Carnmoney on Friday 24 followed by a return to league action at home v Linfield Ladies on Wednesday 28 July. 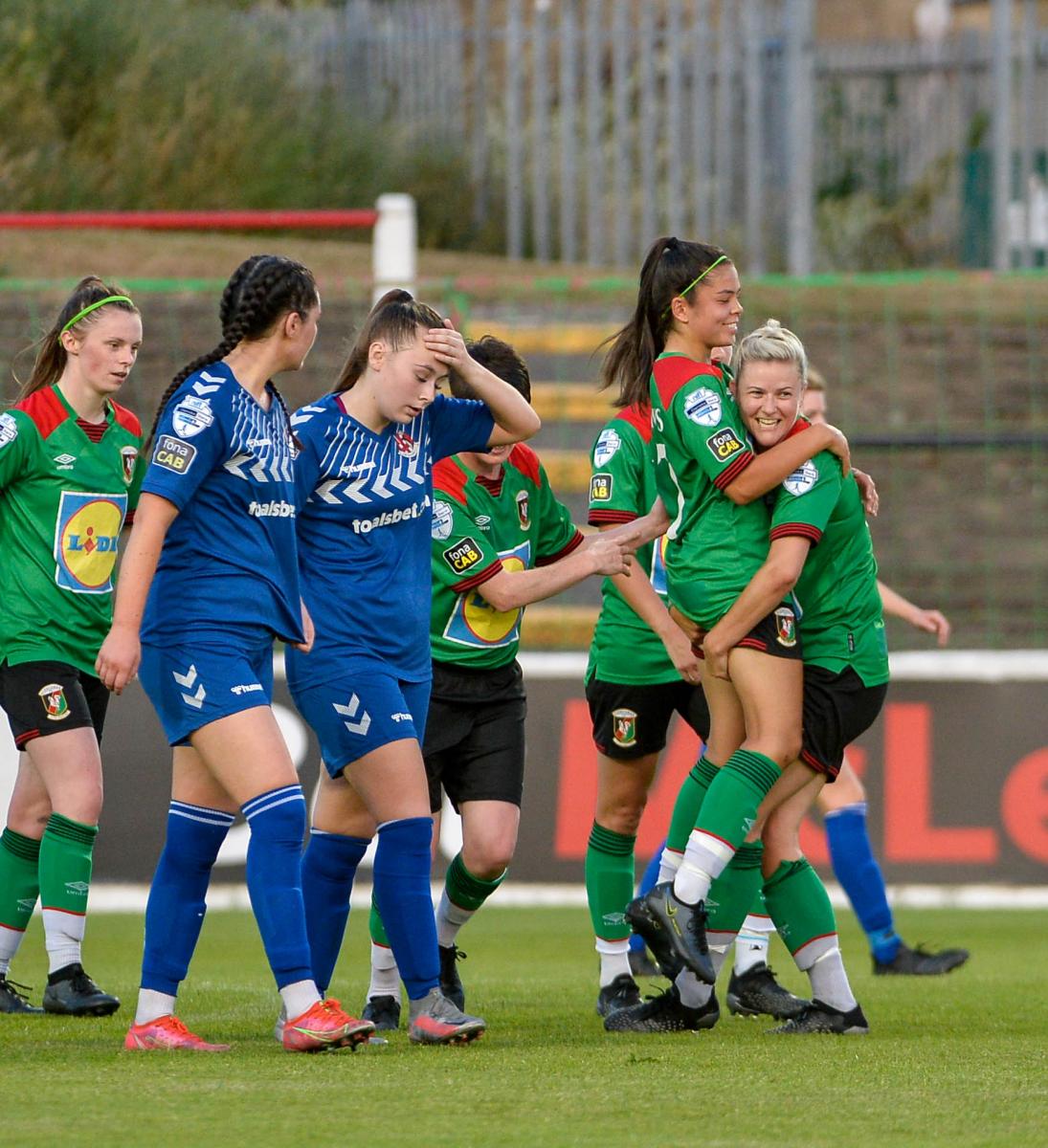