Glentoran’s unbeaten Danske Bank Premiership run stretched to seven games after a tightly fought but drab affair with Glenavon in east Belfast saw both sides fail to capitalise on Linfield’s defeat in Dungannon on Saturday afternoon.
Glentoran, without the suspended Stephen McAlorum, Mark Clarke and Jimmy Callacher, welcomed Johnny Addis back in to central midfield and David Scullion onto the substitutes bench; both players making their Oval returns after respective injuries. Meanwhile Jordan Stewart, who signed a contract this week that will keep him at Glentoran until 2016, and Jim O’Hanlon overcame illness and a hamstring niggle respectively to feature in a strong Glens’ line-up. Meanwhile, in the Mid-Ulster outfit’s squad, several ex-Glenmen made their return to a chilly east Belfast; Andy Kilmartin, Ciaran Martyn and Shane McCabe starting for Glenavon whilst player/manager Gary Hamilton, Kyle Neill and Samuel McIlveen took their places in the away dugout. 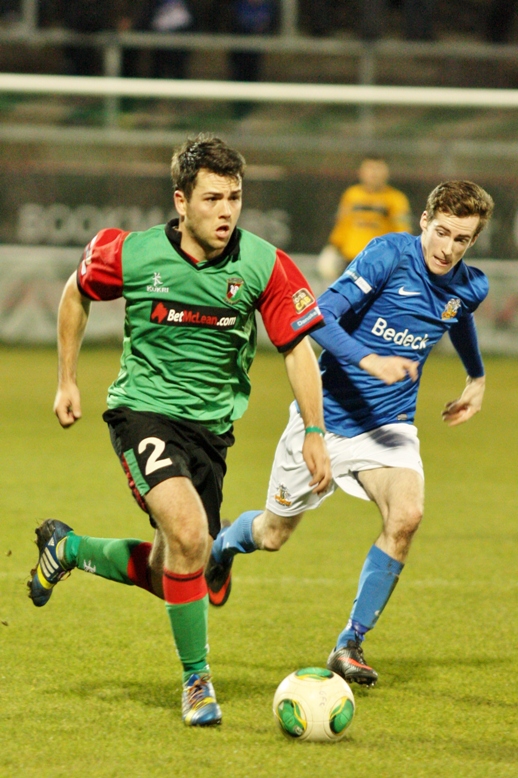 In a game of very, very few chances the first half actually began with something of a flourish. Mark Miskimmin powered through the Lurgan Blues’ defence on 4 minutes however Gareth McKeown made an impressive recovery to avert the danger. Then, a few minutes later, Guy Bates struck a sweet volley from 10 yards though after a slight deflection Morris collected with ease. Next to try his luck was Richard Clarke just before the quarter-hour mark; the ex-Newry City midfielder’s shot trickling tamely past the post.
Two minutes later and Raymond Crangle was being berated by the home faithful. John Connolly fumbled a corner under little challenge from the Glentoran attackers and as the green jerseys swarmed on the loose ball - Crangle gave a free-kick for ‘infringement’, a decision that wasn’t agreed with by the majority in attendance on Saturday. In a solid spell of pressure from the home team O’Hanlon, Stewart and Calum Birney all saw their efforts sail over the bar.
On 37 minutes, perhaps the most incredible piece of play of the game took place as Stewart displayed magnificently fast feet, close control and sheer brilliance to leave two defenders on the deck. Unfortunately, a goal-of-the-season contender was avoided as the young winger blazed miles over from 20 yards out. Still, the signs look ominous for one of the top talents of this league. The final action of a dire half came in the home penalty area as Martyn looked destined to score, however an absolutely magnificent tackle from Birney denied a certain goal on the stroke of half-time. 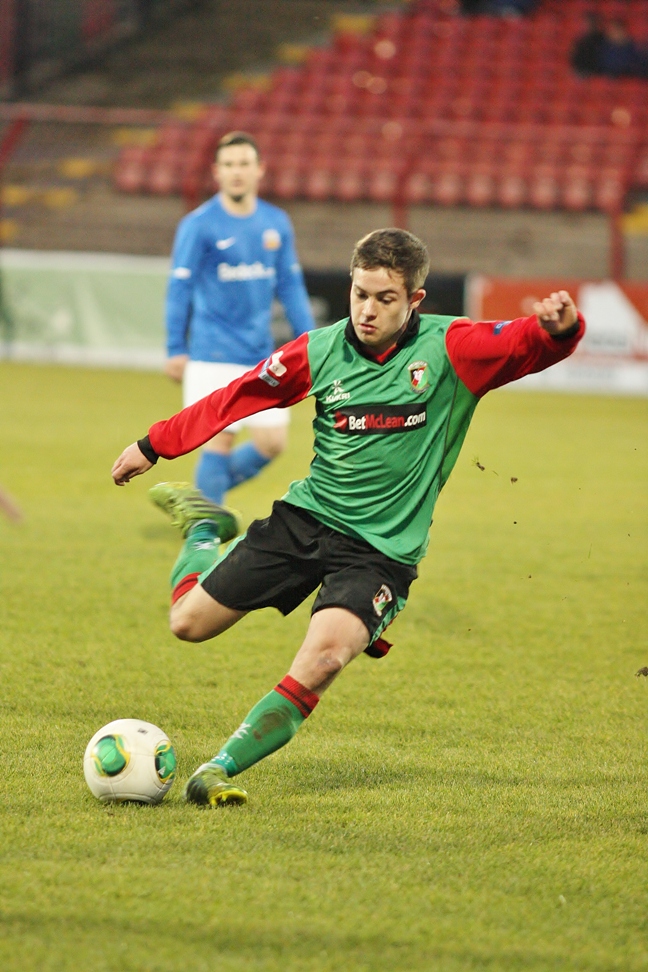 The second half from a Glentoran point-of-view can be summed up with a single word; nearly. On 48 minutes, Marcus Kane smashed a shot goal-wards only for it to be deflected wide, before McCabe was given too much space at the other end though thankfully his effort suffered a similar fate. With 20 minutes to go, Ryan O’Neill raced clear however after covering the length of the pitch, the former Dungannon Swifts defender ran out of puff and the chasing pack cleared.
With just ten minutes left, the Glens should’ve went ahead. Scullion, on as a substitute, rounded the ‘keeper and instead of shooting from an increasingly acute angle, laid it off for Stewart but he smashed it against the post with goalkeeper and defenders protecting the Glenavon goal. Other than harmless long-distance efforts from Hamilton and John McGuigan that proved to be the final action of a fairly boring game. Next up we make the long trip to Ferney Park to take on Ballinamallard United as we look to get back to winning ways. 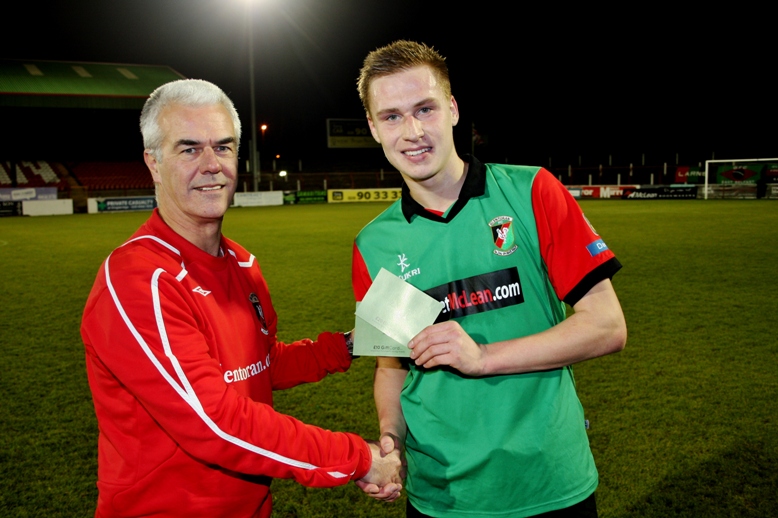