Marcus and Aimee Kane’s #HikeForHarrie campaign to raise £10,00 for bereavement services at RVH Maternity went from strength to strength this weekend. The appeal total stood at an incredible £19,322!

Below are just a few of the examples of the activities undertaken by Glentoran Supporters Clubs in support of #HikeForHarrie. Later in the week we will publish photographs of people within Glentoran, members of the Glentoran Family and players, officials and supporters of other clubs playing their part in the #HikeForHarrie campaign. If you have any photographs of your own activities, please forward them to media@glentoran.com

If you would like to contribute to this important cause, you can do so here. 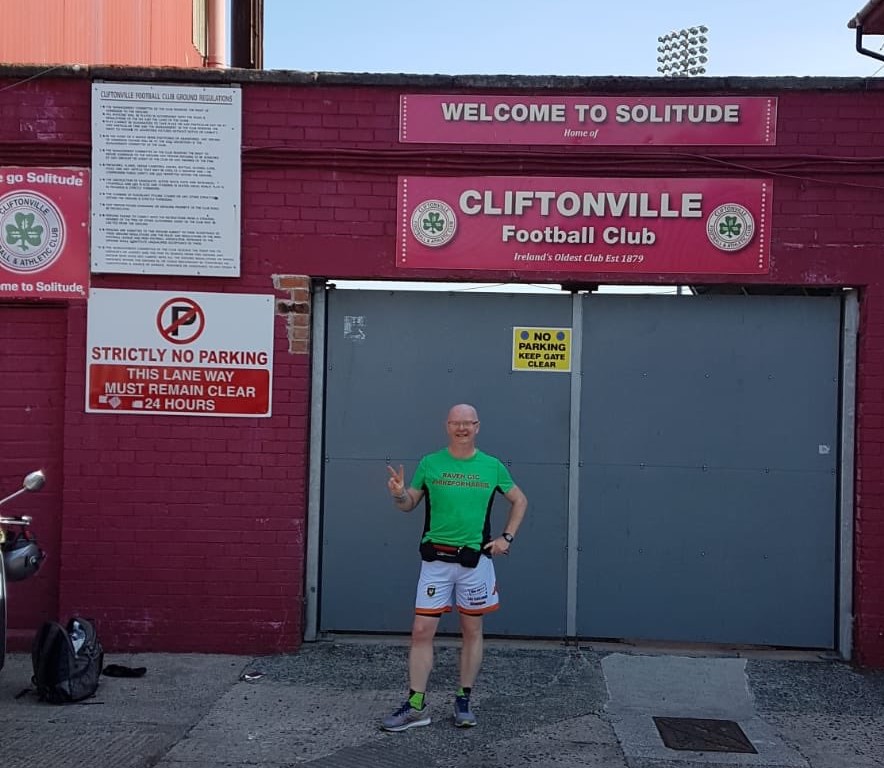 Arthur Watson (Raven GSC Chairman) completed a half marathon across Belfast, taking in all four senior football stadia. Club members welcomed Arthur back to the Oval after his adventures in enemy territory. This raised £820 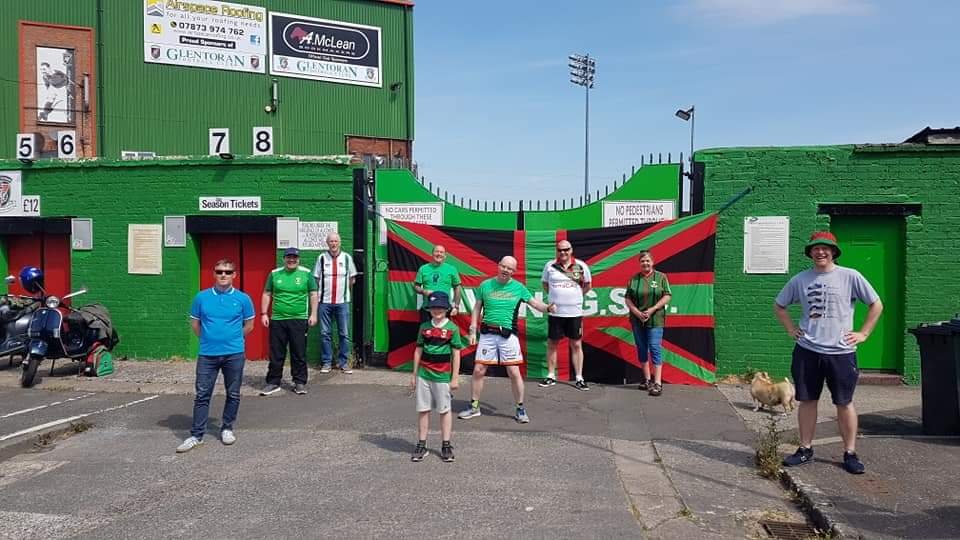 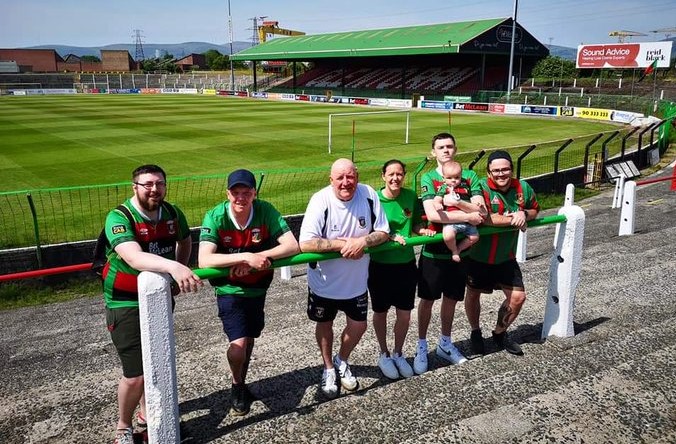 Ballymac Family & Friends (including First East Belfast GSC) hiked in socially distanced groups of six from the clubrooms in Wilgar Street,Along the Holywood Road, Sydenham By-Pass, stopping at the Oval for photos, then back to Wilgar Street.They were led by Glentoran Legends Elliott Morris and Paul Leeman, plus groundsman William Kirkwood. They were welcomed to the Oval by double winning Glens manager Tommy Jackson. This raised £500. 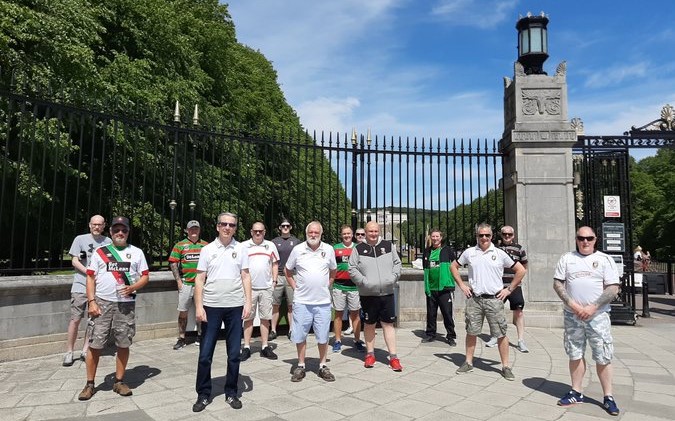 Members of the Stormont club hiked from Parliament Buildings to the Oval, raising £680 for the RVH. 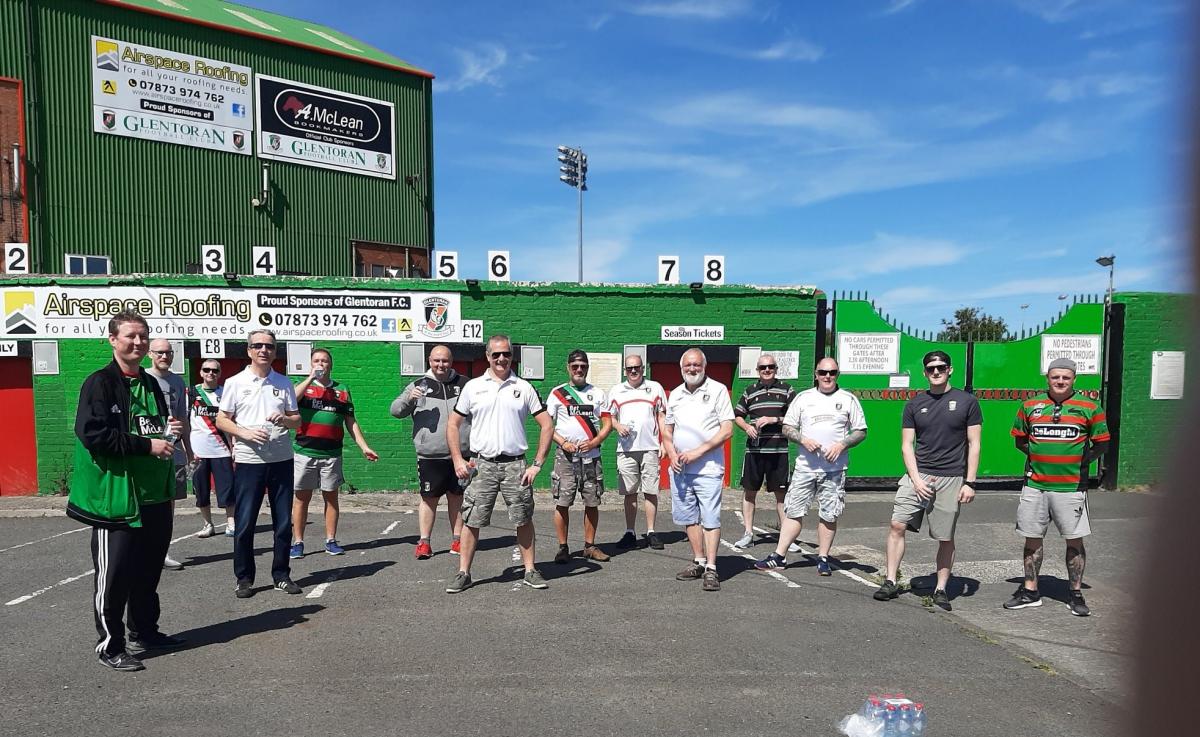 Members of the Victoria Club photographed in Victoria Park during their hike. The Victoria team raised £300 for the cause. 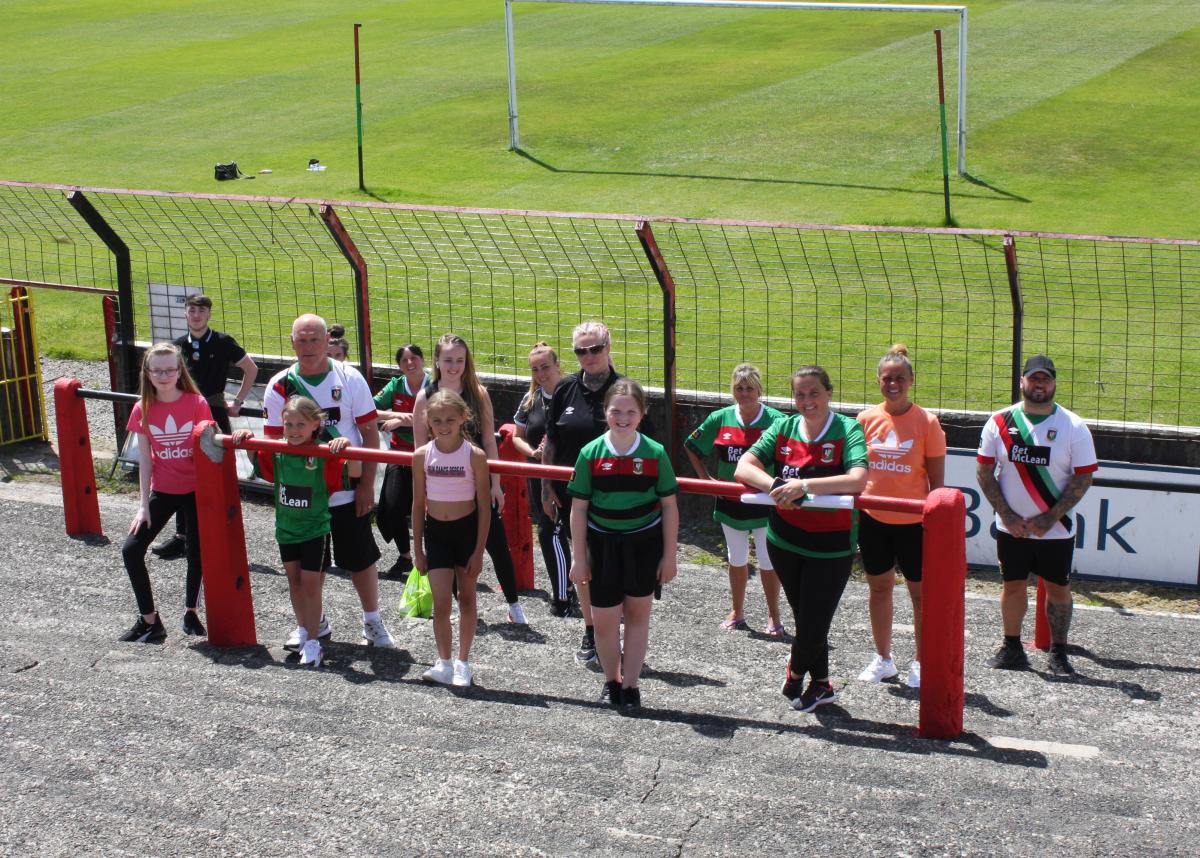 A group of independent Glens season ticket holders from Rathcoole, hiked the ten miles from Rathcoole to the Oval and back, raising £265. They are photographed here at the barrier on the Sydenham End where they stand each home match. 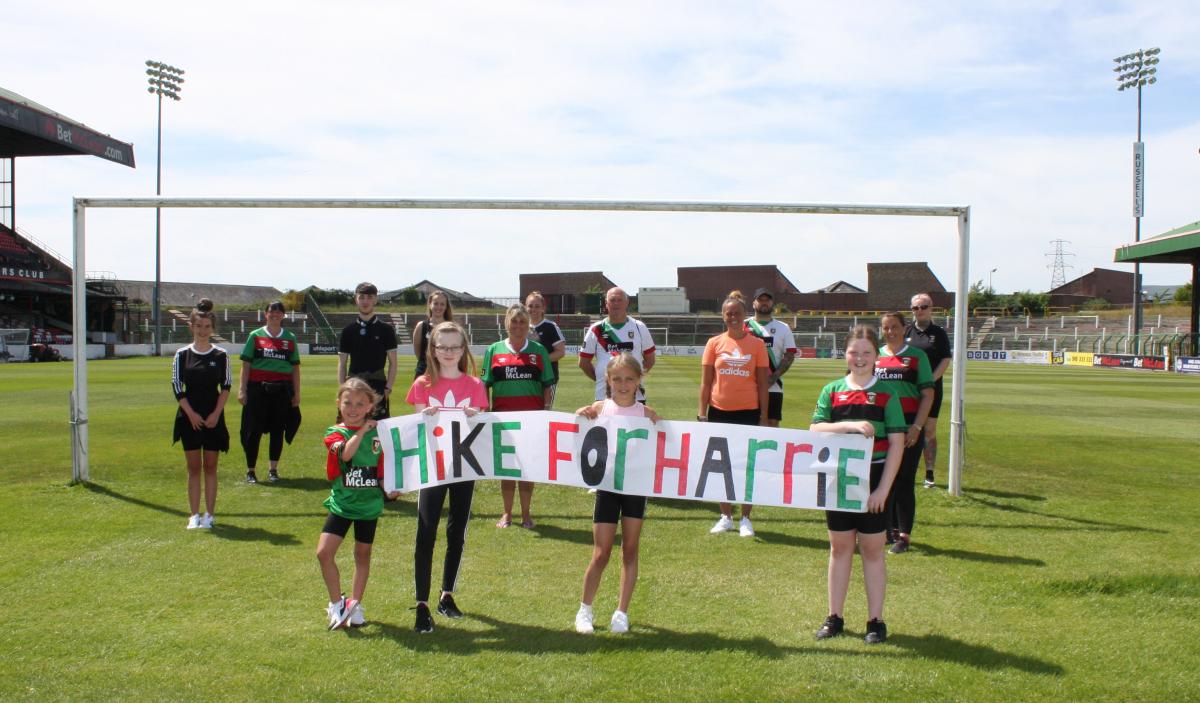 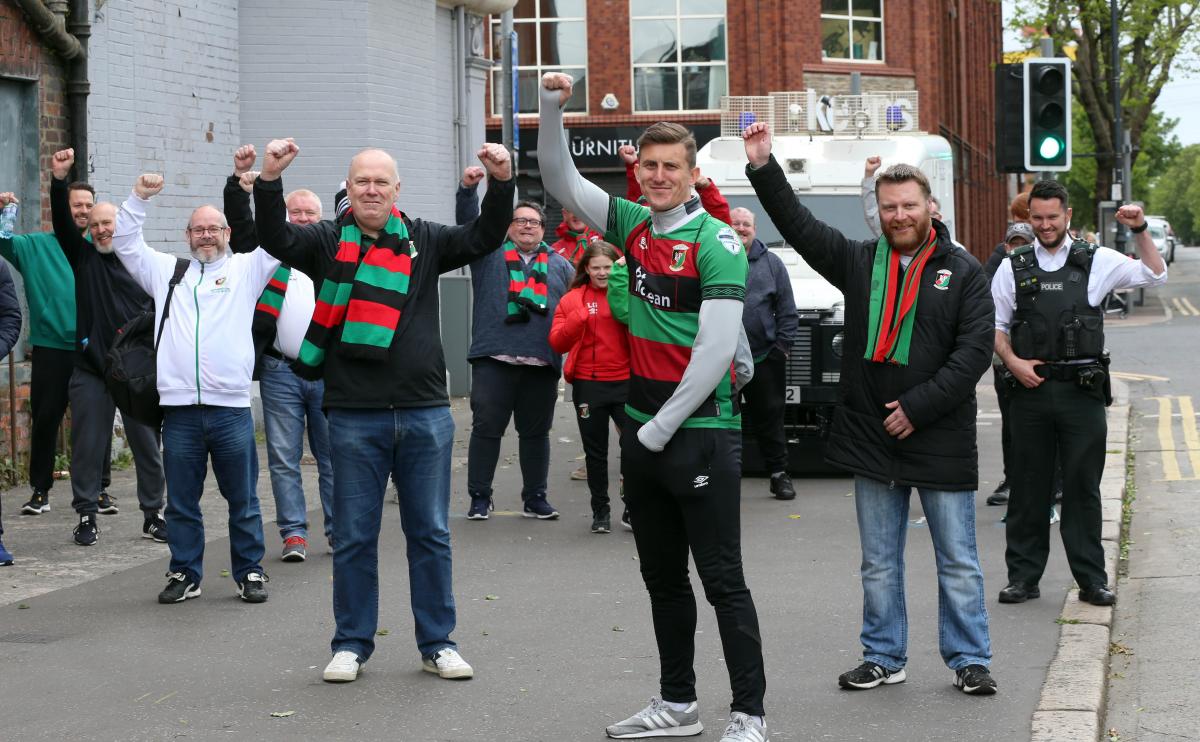 As reported here last week, the ’23 recreated the traditional “walk” of Glentoran Supporters from the Albertbridge Road to Windsor Park. 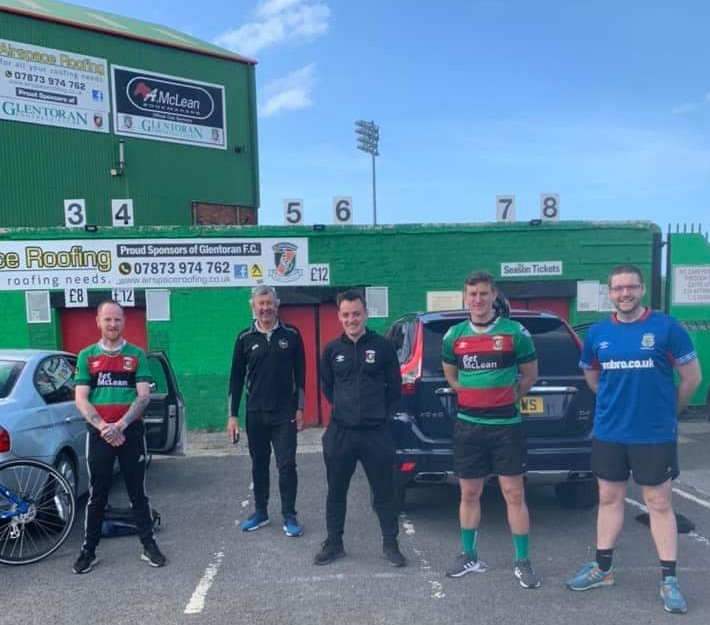 Marcus and some friends, including Glens 250 Club member Jason Hill and former Irish League referee Herbie Barr, cycled from the Oval to Bangor.