Glentoran Family do 10k by May

Yesterday (Sunday 2nd May), the Glentoran Family was at its very best when club supporters, volunteers, players and coaches took part in a sponsored walk in support of the 10K by May campaign run by Belfast and Lisburn Women’s Aid.

10K by May is an awareness and fundraising campaign led by the team from Belfast and Lisburn Women’s Aid. The aim of the campaign is to raise awareness of the impact of domestic abuse on women and their children, as well as to raise awareness of the important work done by the team at Belfast and Lisburn Women’s Aid. The campaign has a fundraising target of £10,000 by the start of May.

The Glens walkers – including players and coaches from both the men’s and women’s squads – took two routes – one along the Connswater Community Greenway and one along the Comber Greenway. Players drove from as far as Letterkenny and Omagh to take part in the fund raising.

Karla McDermott from Glentoran Social Partnership - who organised the initiative with Charlotte Bradford-Gibbs of Belfast & Lisburn Women’s Aid – said “We are so thankful to the Glentoran community for getting on board and getting behind the Women's Aid 10K by May campaign to raise much needed awareness and funds for women and children effected by domestic violence. We had over 150 registrations for the event and surpassed our fundraising target of £2,000. It was great to see the support from both our men's and women's team who gave up their Sunday to take part in the walk”.

Kelly Andrews (CEO Women's Aid): "I'd like to say a big thank you to Glentoran FC team members and supporters who joined our #10KbyMay campaign to raise awareness of domestic violence and abuse."

Charlotte Bradford -Gibbs: "It was amazing to see so many involved supporting the work we do in the community. The event itself was so well put together and great fun to be involved in. We would like to thank everyone responsible for organising, everyone who took part in the 10k itself and everyone helping out on the day. From the moment we arrived at the Oval the atmosphere was incredibly welcoming; we are so thrilled to have had such great support from Glentoran." 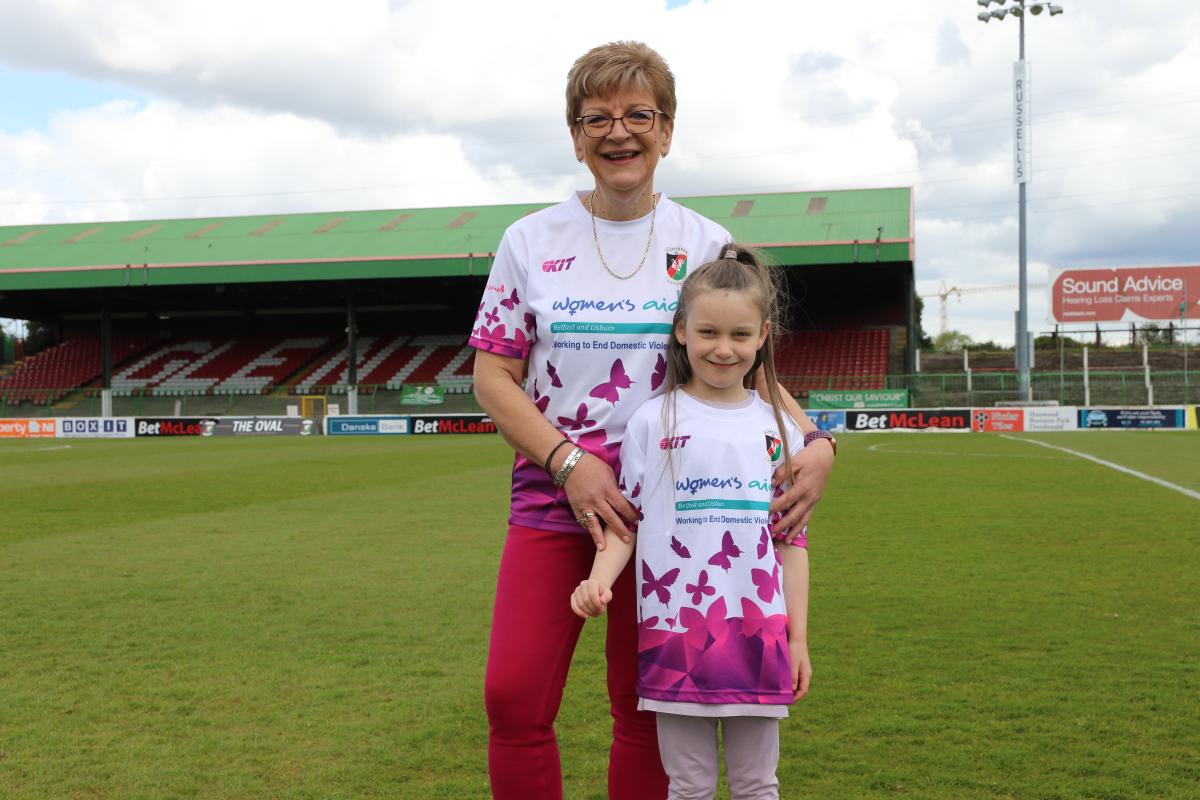 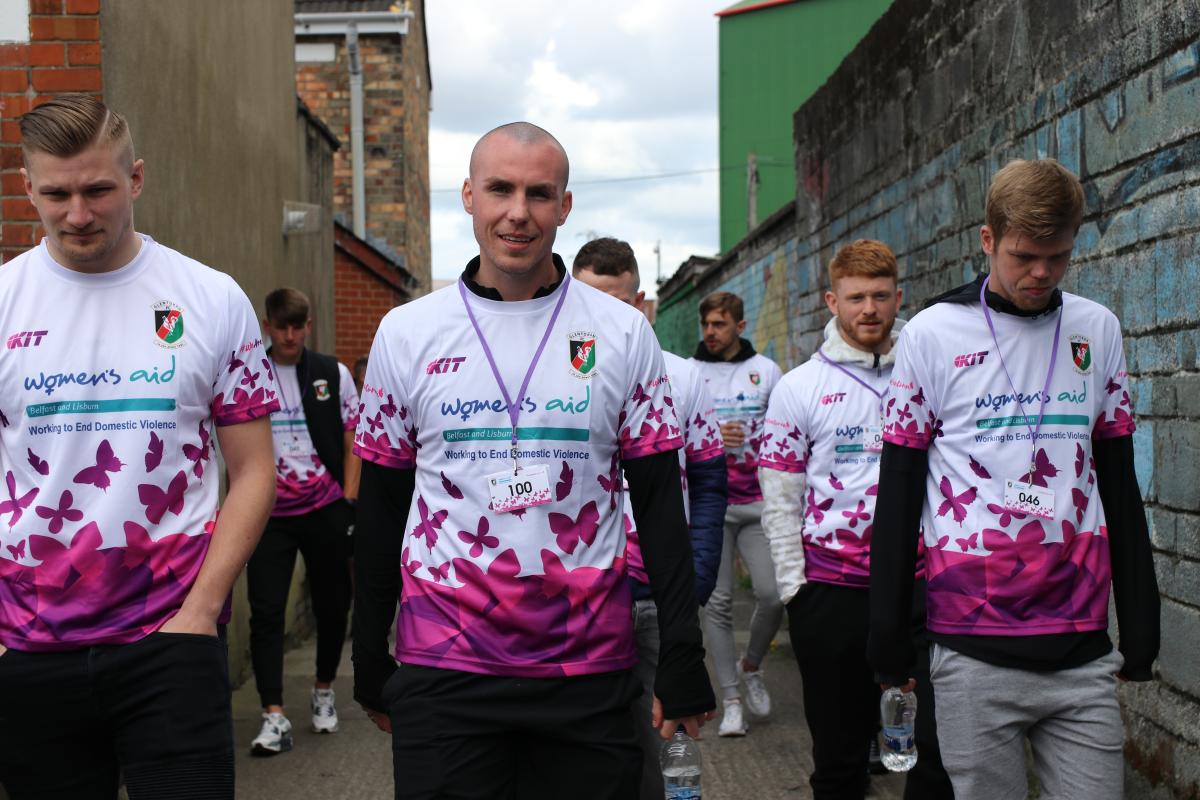 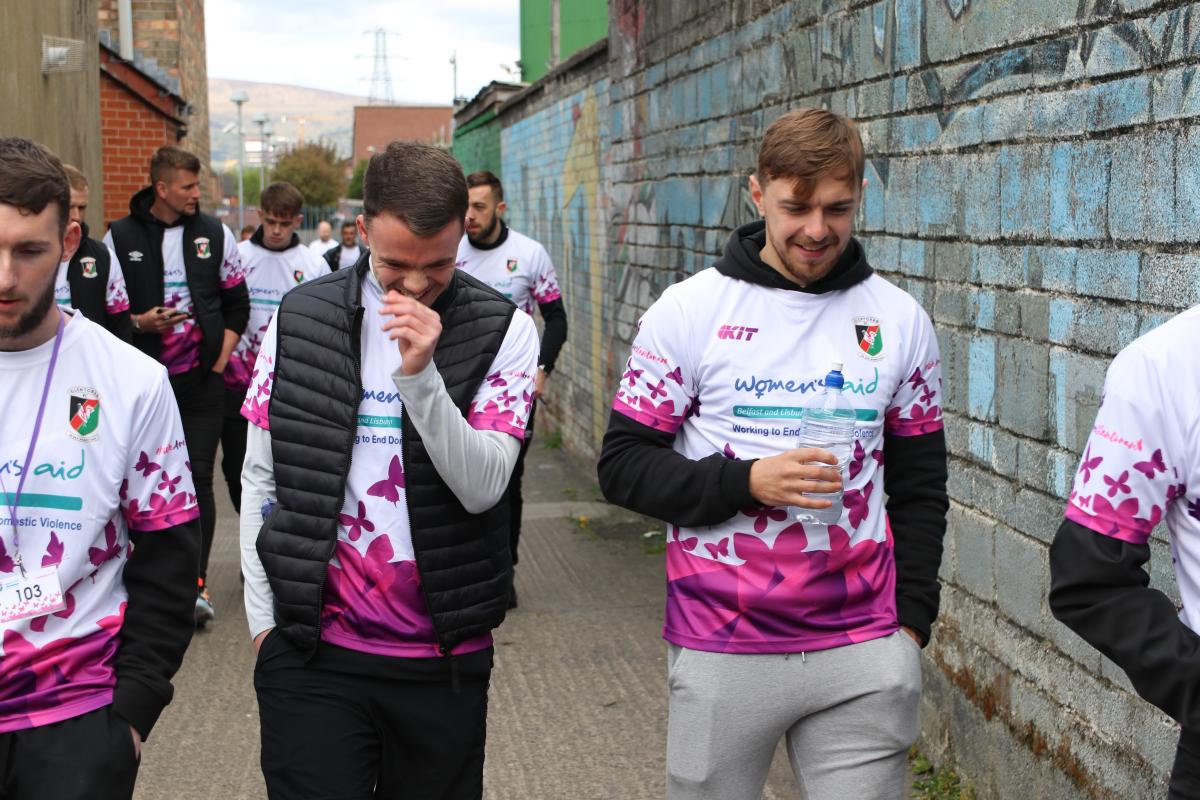 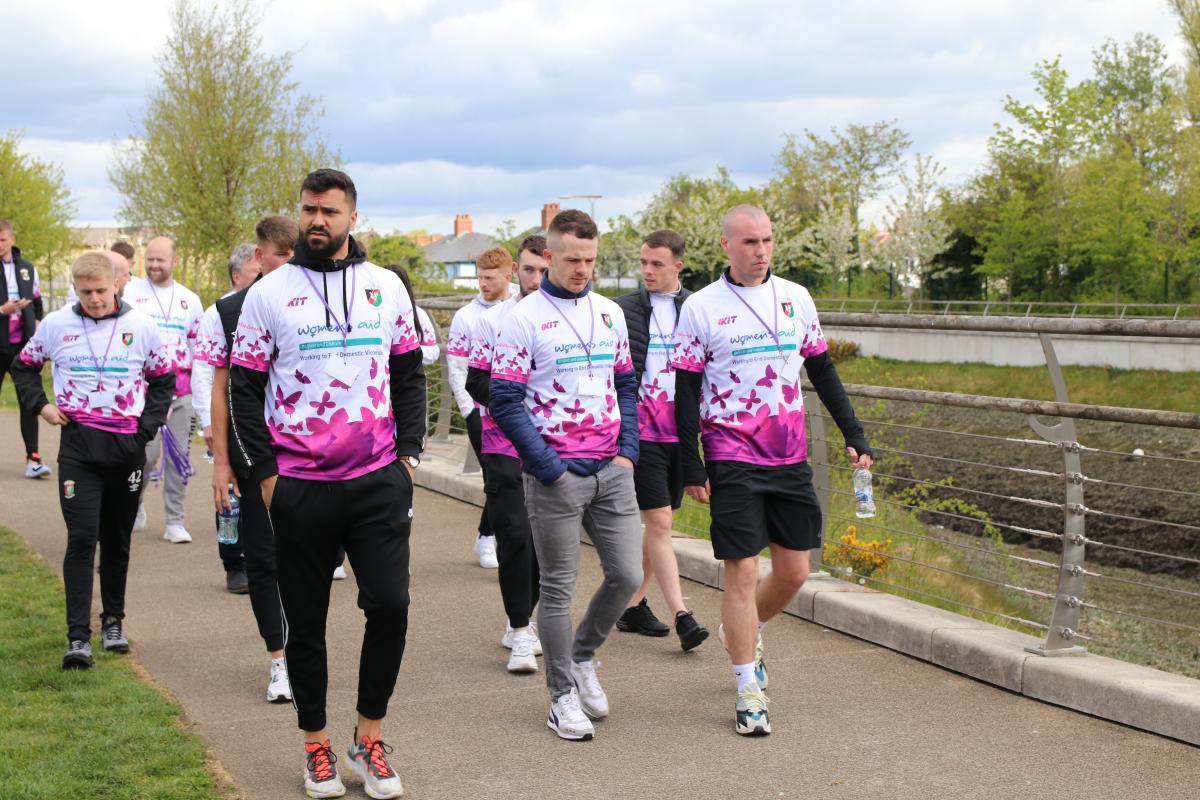 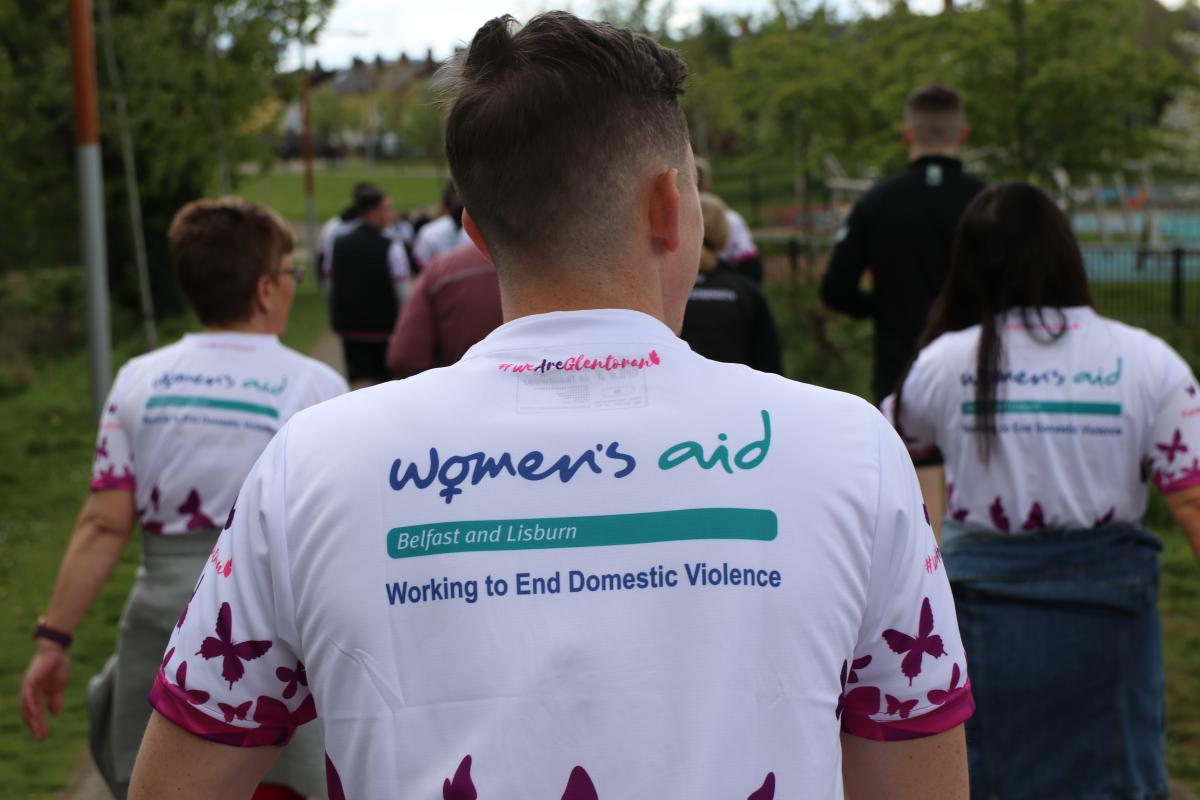 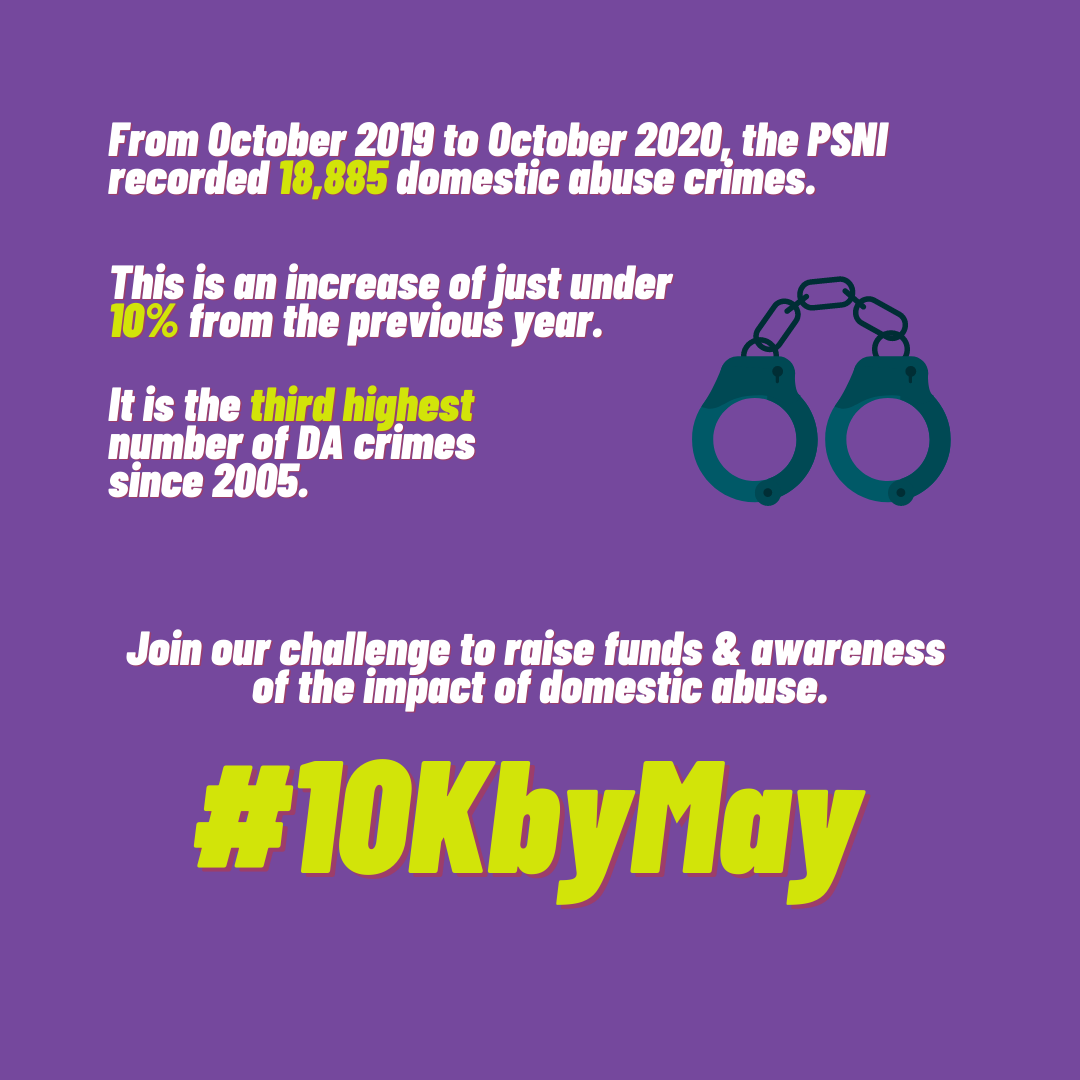