Glentoran Academy continues to grow from strength to strength as Northern Ireland’s top football academy. As a result, this summer will see at least three top rated young players transferred to the Premier Leagues in England and Scotland with Caolan McBride and Matthew Carson expected to Join top English club academies, and Charlie Lindsay heading North of the Border to Rangers.  In addition, there remains strong interest in Jamie McDonnell, Conor Falls, Jake Wallace, and Harry Wilson with progress expected once we are through the delays to football  inflicted by COVID-19.

David Lowry, Manager of Glentoran Under 20s, said of the players moving into the full-time game: “Charlie is a superb young professional given his youth he is remarkably mature and level headed and has had a great season for the U20s. He thoroughly deserved to make his first team debut earlier in the season. I am sure it was a proud moment for his whole family just as it was for the Academy. 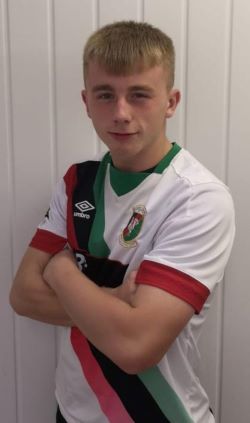 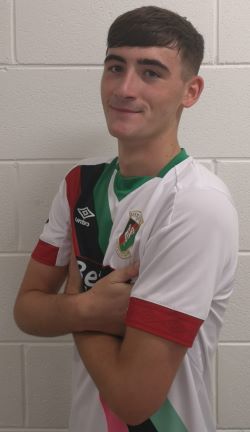 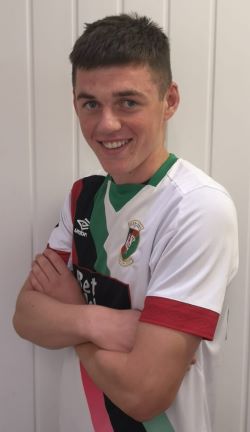 Charlie has already enjoyed some highly publicised performances with Rangers this season, most notably in the Middle East where he was named player of the tournament in a completion that included Inter Milan and PSG, this only serves to underline the potential Charlie has but of course like with all young players there will be a lot of hard work and challenges ahead as he tries to fulfil that potential.

Caolan McBride has, like Charlie, been at Glentoran for a long time and has stepped up very successfully into the U20 set up this season. He has grown in stature and matured as the season has progressed and emerged as an important player. He has a superb ability to run with the ball at his feet in crowded areas. That provides an X factor in any team.

Matthew Carson is a real lionheart of a player, and another model professional from our exceptional 2004 age group assembled and nurtured by Jason Lindsay. Matthew has all the hallmarks of player who is well equipped to do very well in England.  He is an excellent defender but also knows how to make an impact at the other end of the pitch with marauding forward runs and crosses. A real highlight this season from Matthew was an immaculately timed inch perfect sliding tackle against Crusaders at Seaview that prevented a certain equaliser on the final whistle. This epitomised Matthew's never say die attitude.

This will be a particularly fruitful summer for the Academy in terms of boys heading across the water and earning a crack at the highest levels of the game, but they won't be alone when they get there.

In recent years, the Academy coaches have enjoyed seeing the progress of Caolan Boyd-Munce who is now an established first team squad member at Birmingham City having made a handful of appearances in the EFL Championship and Cup competitions in England this season. Glenmen will remember the name as Caolan made his first team debut aged just 16 in the final game of the season at home to Crusaders in 2016 - becoming the first player born in this millennium to play for Glentoran's first team. 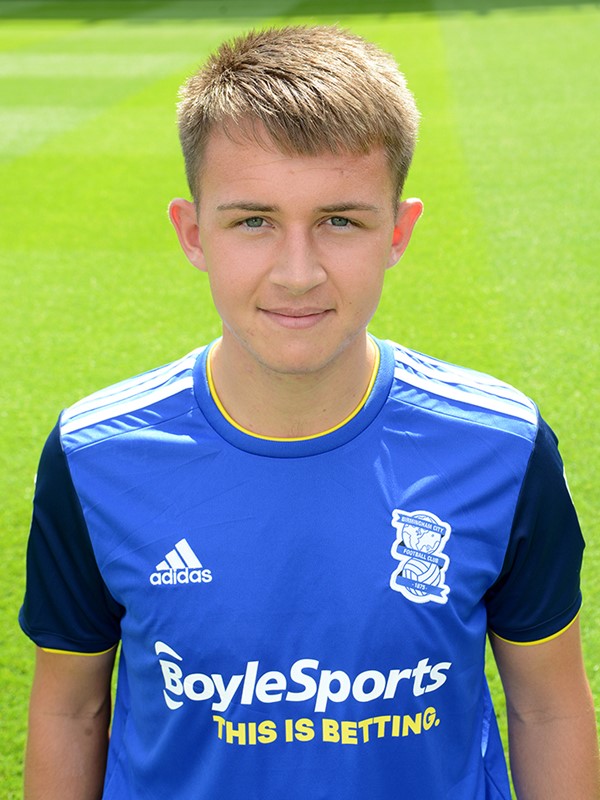 Barry Baggley is another who has made exceptional progress having become Fleetwood Town's youngest ever first team player when he made his debut for Joey Barton's side at the tail end of last season. Christopher Conn, another player to make a final day debut for the Glens before moving to England, is firmly established in Burnley's under 23s. 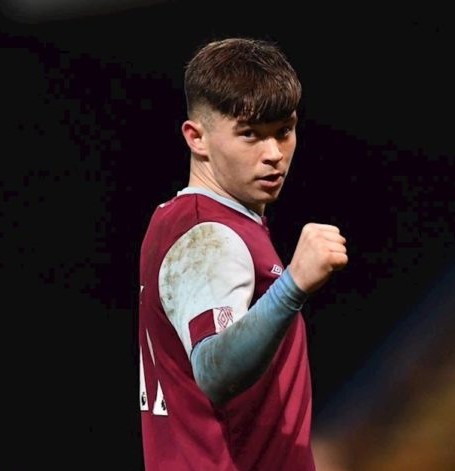 Oliver Webber is also an under 23 regular with Crystal Palace.  OIlie has spent time out on loan in senior football at non-league level in England as the young keeper bulks up his experience in anticipation of breaking into Roy Hodgson's plans at Selhurst Park. 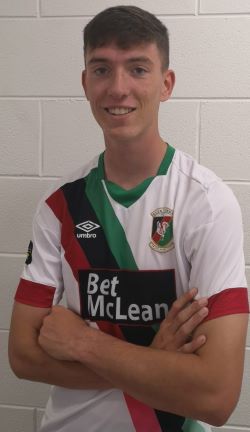 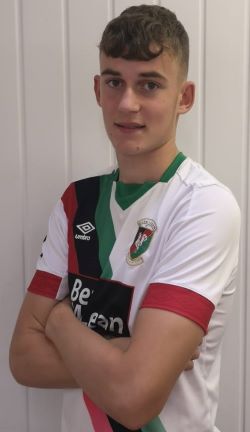 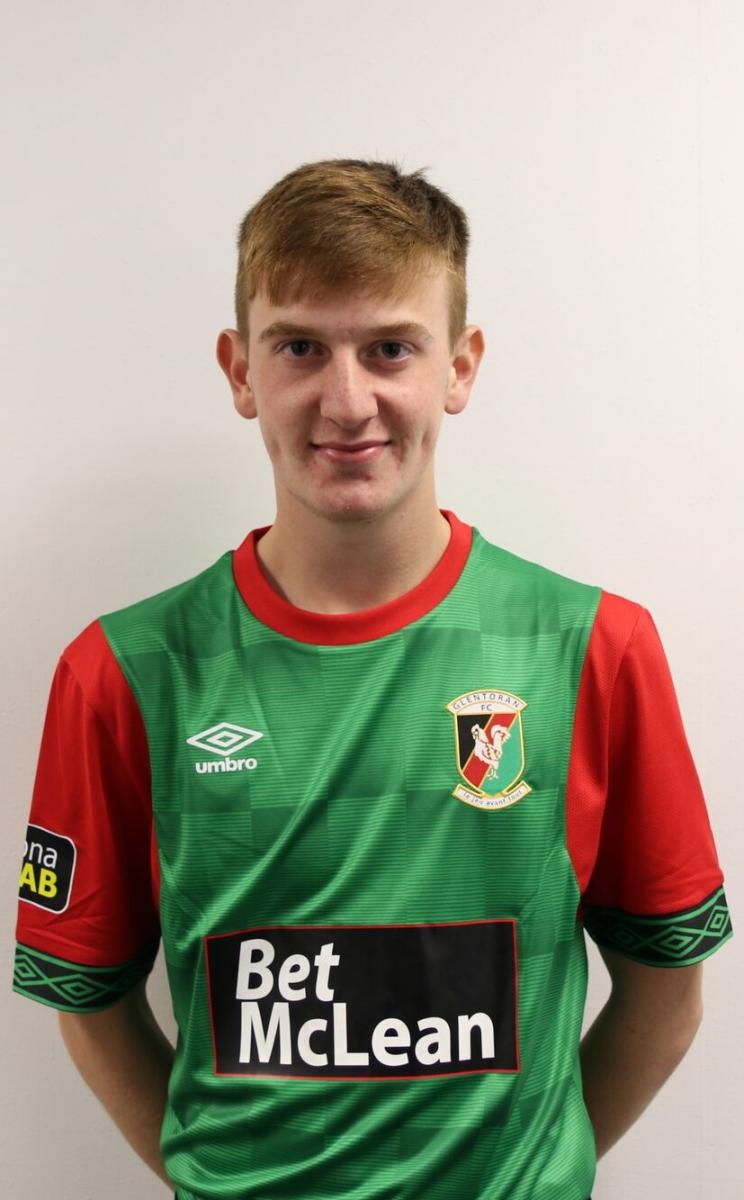 Sadly the path isn’t always laden with success as it is extremely difficult for young players from Northern Ireland to make the breakthrough in England and we have seen some young players return home early from in recent years and we hope that Glentoran continue to play a big part in the future for players in that situation.

That thinking factors into the overall Academy mindset in what is sometimes a fine balancing act as to what is best for the players. The primary role of the Glentoran Academy is to provide established first team players for Mick McDermott. This season Academy graduate Paul O'Neill has established himself as a first team regular starter s a striker with 11 goals from 28 appearances, Paul just recently had his 20th birthday. Other Academy players Mal Smith, James McCarthy and Lewis McGarvey have all had first team football this season.

The Glentoran Academy aims to treat every player as an individual and to develop players to the best of their ability, y rather than focusing on building teams at particular age groups. each player is challenged and provided with opportunity to suit their own ability and pace of development. This gives academy teams an interesting mix of ages, especially at under 20 level where players like Charlie, Matthew and Caolan established themselves as regulars at 15, alongside players up to three years their senior. In some cases these young lads by pass older players, but the balancing act for the Academy is also recognising the skills and ability of those players as they could be the lads that push into the first team and have a great, trophy laden career at Glentoran! 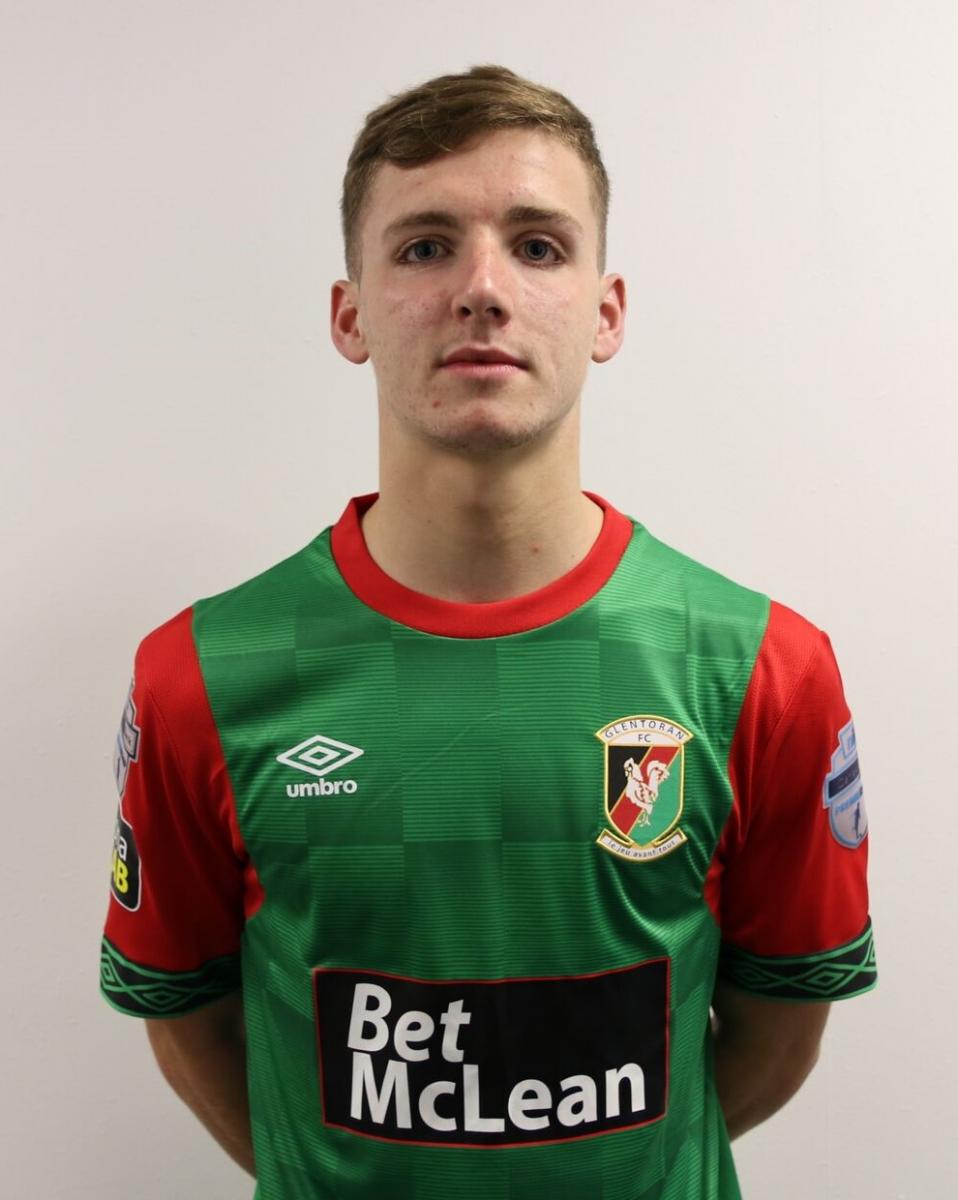 Glentoran Head Coach Mick McDermott said of the Academy: “Our Academy continually strives to be the best in the country. The quality of players and coaches currently in the Academy, the players who have advanced to our first team and the others who have moved to overseas clubs or Universities clearly shows that we are reaching that target.  I believe it is vitally important to provide multiple pathways for the development of our players; pathways to their future with our first team, overseas clubs, universities…..it is about providing and offering a suitable step in every young player’s life and career.

Even though we are happy with the level of our Academy; at a Club like Glentoran FC we can never be satisfied. Our target is now to advance further.  This coming year we will roll out several new concepts to further develop players and prepare them for a possible life in full-time football.   As our 1st-team moves towards a ‘full-time’ model we also aim to provide our Academy players with access to a similar pathway.  The First Team, U20 and older Academy groups will work closely together with senior staff overseeing and delivering training modules throughout the year.  It really is an exciting time to be part of Glentoran FC Academy!

A final word from David Lowry: “ It will be difficult for us to lose these lads and the other who may potentially get a move, But I am confident that we have plenty of real quality ready to step up from the Under 18s, who will enjoy the opportunity to work with another crop of talented players. I would hate to put any pressure or expectation on any young player as we have seen first-hand how hard it can be for young players going across the water. So all I will say is that I have no doubt that the lads going across are well equipped to succeed, We are excited to see how they get on and will always be on hand to offer a friendly reception should they want to call on a familiar face for support.

I know I speak on behalf of all our staff and players when wishing the boys every success”.