Glentoran's final home game of the 2013-14 season ended with a 3-nil win over Crusaders. The Glens had taken just one point from the three previous Danske Bank Premiership fixtures against the Crues and with the squad missing a number of key players most feared the Shore Road outfit would come out on top again, especially as they are still chasing a Europa League spot.

It was a makeshift back four with Niall Henderson playing at right-back, the dependable Jason Hill at left-back and Willie Garrett & Steven Gordon playing in the centre of defence.

The visitors had the first opportunity of the game on 6 minutes with Jordan Owens rising to meet a cross from the right but Elliott Morris made the save. A minute later and Glentoran went in front. John McGuigan was brought down 25 yards from goal and Curtis Allen stepped up to curl a delightful free-kick beyond the reach of Sean O'Neill. McGuigan was in the thick of the action again on 10 minutes, winning the ball in midfield before finding David Scullion on the left. His cross was met by Aaron Boyd but he was unable to direct his header on target. Just before the quarter hour mark the Glens had a good shout for a penalty when John McGuigan's corner striking the arm of David Magowan in the area. Referee McNab, who had blown up for a similar offence in midfield moments earlier, dismissed the Glentoran players' appeals. On 20 minutes David Scullion was bundled over in the box but again McNab ruled, no penalty. The referee further frustrated the home support on 23 minutes. A long ball forward left Allen and Boyd with just one defender to beat but the official pulled the game back to award the Glens a free kick on the halfway line! Former Glentoran midfielder, Richard Clarke, tried his luck from 30 yards but Elliott Morris dealt with it comfortably. With 36 minutes gone Glentoran were awarded another free kick some 30 yards from goal. Willie Garrett took it, firing the ball into the danger area where John M<cGuigan deflected it narrowly wide. Elliott Morris conceded a penalty kick on 38 minutes. Nathan Hanley took it but Morris, diving to his left, made the save. Hanley headed the ball goalwards but David Scullion hooked it off the goal line. Scullion then missed a great opportunity to double the home side's lead but he failed to connect properly with Aaron Boyd's pass. 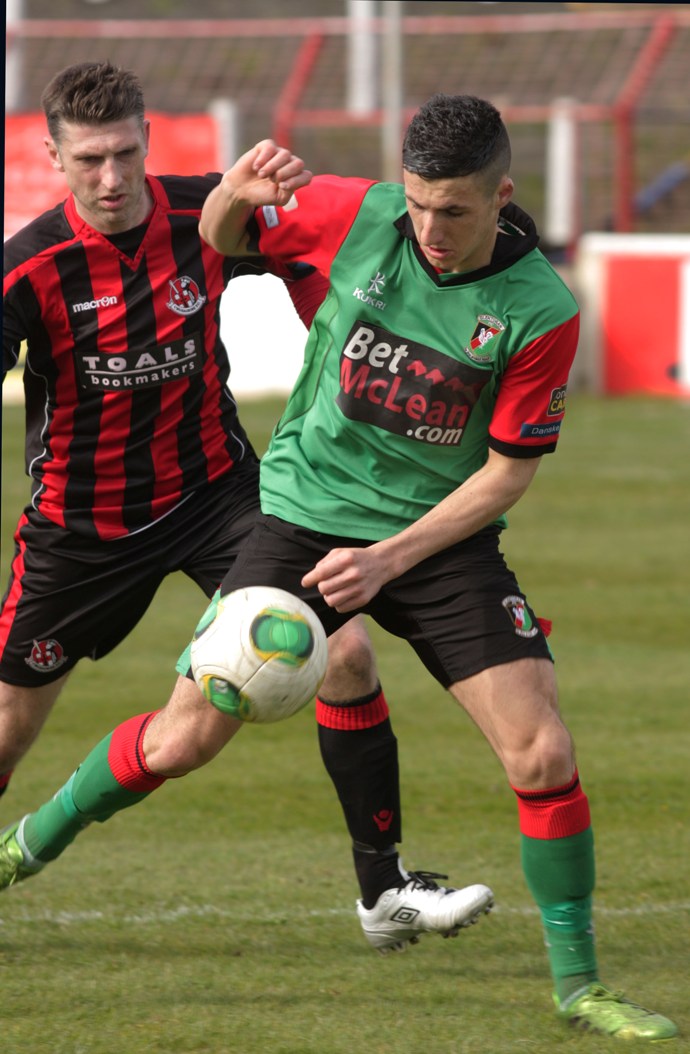 Declan Caddell's shot from a tight angle, nearly caught out Elliott Morris in the opening minutes of the second half but the Glens custodian got down sharply to make the save. Garrett, Boyd and McCaffrey then had chances for the home side but Garrett's shot was blocked whilst Boyd was off target and O'Neill denied McCaffrey. It should have been 1-all after 55 minutes. A corner from the right from Hanley went right across the 6-yard box with nobody able to get a touch. 2 minutes later David McAllister almost made Steven Gordan pay for a poor headed clearance; McAllister's dipping shot beating Morris but just cleared the crossbar. On 66 minutes both sides spurned a further chance to find the net. A Crusaders corner was punched away by Morris but it fell to substitute Gary McCutcheon but he dragged his shot wide of the post. At the other end Curtis Allen did well down the left before firing across goal with Crues skipper, Colin Coates almost conceding an own goal! On 70 minutes Glentoran doubled their advantage. A corner from the left by John McGuigan was cleared to Fra McCaffrey. McCaffrey returned the ball to McGuigan whose shot from the corner of the area beat O'Neill. Both sides were then reduced to 10 men. Colin Coates appeared to strike Willie Garrett and referee McNab, having been informed of the incident by his assistant, produced a red card. 4 minutes later Curtis Allen was fouled by Declan Caddell. Television footage appears to show Caddell then stamp on Allen who reacted by kicking out. Allen's infringement was spotted by the officials but Caddell escaped. With 6 minutes remaining Glentoran wrapped the game up. Fra McCaffrey won a corner on the right. He took the kick himself finding the head of substitute Danny McKee. McKee's downward header bounced over the Crusaders defence and looped into the net. 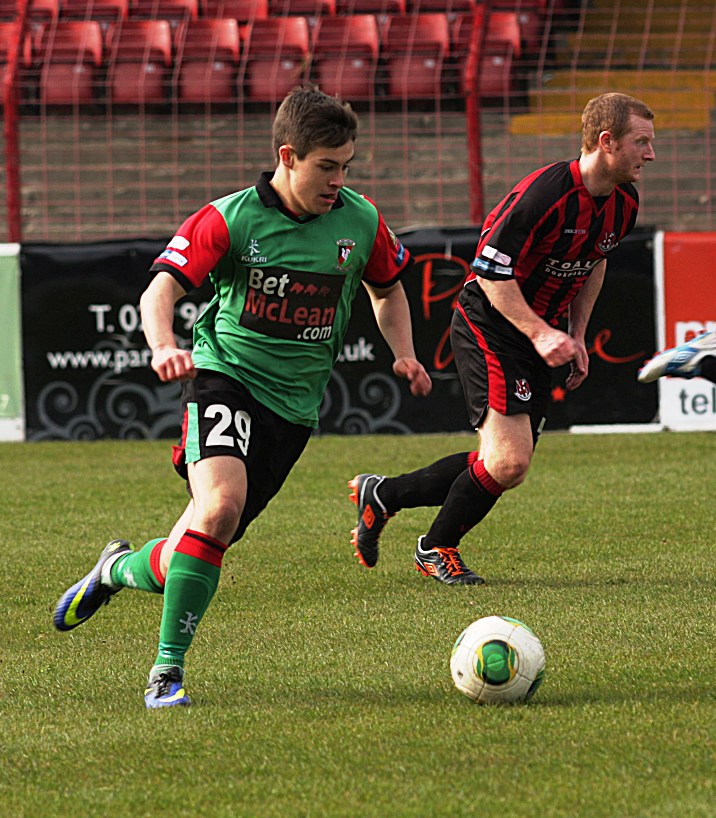 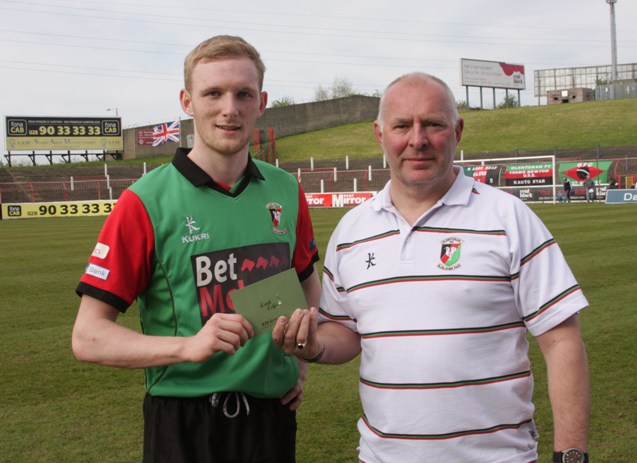