One player's misfortune can be another player's opportunity. It's a football cliche but it was certainly true tonight as a much changed and youthful Glentoran side swept aside Ballymena United for a deserved win at the Oval. 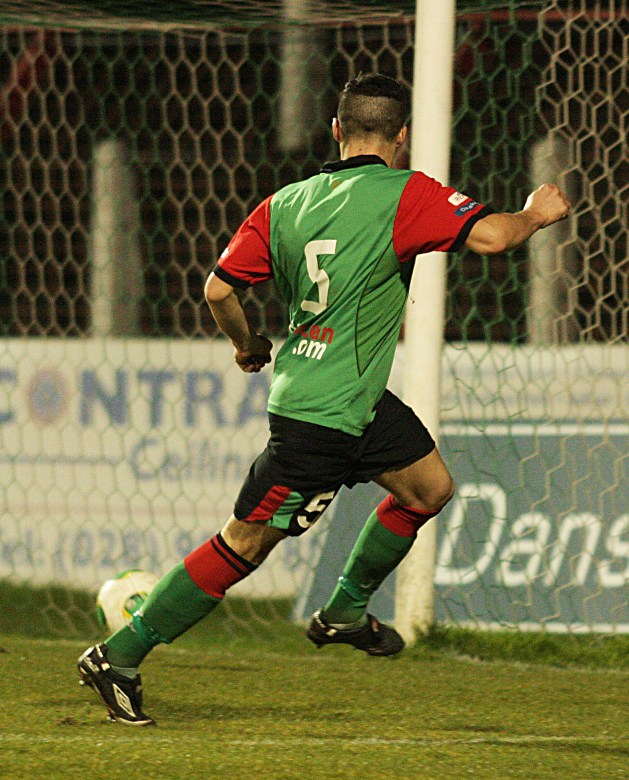 Glentoran started the game brightly but despite dominating possession in the opening 10 minutes they didn't really test Aaron Shanahan in the visitors' goal. The first real opportunity came on 13 minutes when Stephen McAlorum, who had an excellent game, played in David Scullion. Scullion shot from the edge of the area but his effort was well saved by Shanahan. Midfielder, Kym Nelson, tried his luck from long range on 17 minutes but shot wide of the target. On 24 minutes Scullion was set up again in the area by a pass from McAlorum. He delayed his shot though and it was blocked for a throw in. On 26 minutes both sides could have opened the scoring. Scullion's 20 yard effort was well saved by Shanahan. Ballymena United broke straight down field though and Darren Boyce beat Elliott Morris to a high ball only to see his effort land on the roof of the net. 2 minutes later following more good work down the left hand side, Fra McCaffrey got on the end of a cross only to see his effort blocked. The ball fell to Jim O'Hanlon but his attempt was also blocked. The deadlock was finally broken on the half hour. A shot from young striker, Danny McKee was cleared but 30 seconds later the ball broke kindly for him 30 yards from goal. McKee carried the ball forward before rounding the keeper and slotting home. 7 minutes from the break a 25 yard free kick from Willie Garrett was well saved by Shanahan and shortly afterwards McKee fashioned another chance for Scullion but the Ballymena defence denied him. Just before the interval Alan Davidson had a chance to bring the Sky Blues level but his weak shot was easily dealt with by Morris. 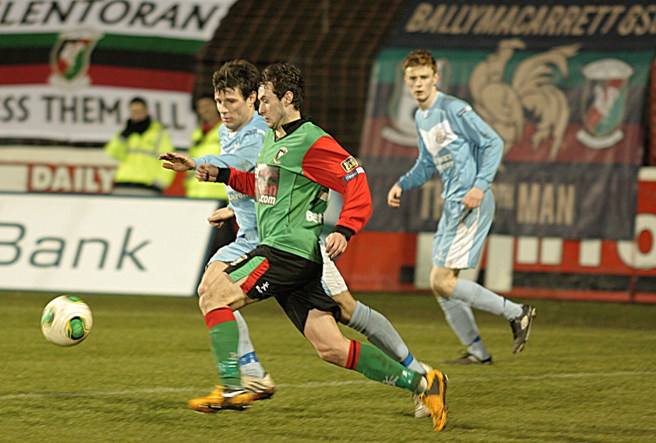 United had a chance to get back into the game just 3 minutes into the second half. Skipper Allan Jenkins broke clear but Willie Garrett's challenge denied him a shooting opportunity. On 50 minutes it was 2-0 to Glentoran. The excellent McKee broke down the left, beat the right full-back and fired the ball across goal. Scullion stepped over the ball, leaving it for Fra McCaffrey who controlled it before firing into the bottom corner past a helpless Shanahan. On the hour mark Shanahan almost cost his team a third; his poor kick out going straight to McCaffrey. McCaffrey found O'Hanlon well placed but his shot sailed over the bar. 2 minutes later Shanahan did well to tip McCaffrey's shot over the crossbar after a good move involving him and David Scullion. Scullion was the victim of a crude challenge from former Glentoran defender, Johnny Taylor. The big centre back, who had already been yellow carded, was perhaps fortunate not to pick up a second. On 73 minutes Glentoran won a throw in close to the left hand corner flag. O'Hanlon received the ball in the box and his trickery was too much for Taylor who bundled him over, conceding a spot kick. With Jay Magee missing through injury, Jim O'Hanlon took responsibility himself and duly dispatched the ball into the back of the net. 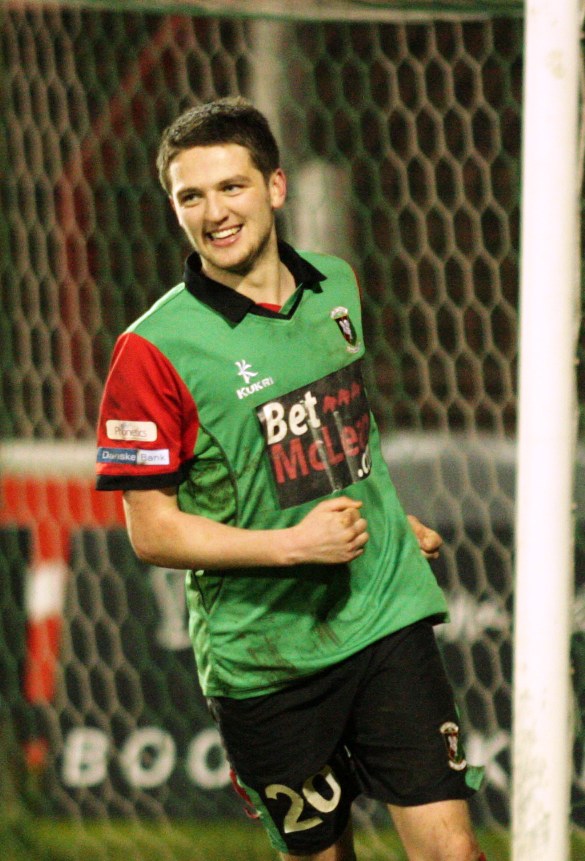 On 78 minutes McAlorum intercepted the ball in midfield and played an exquisite pass through to McKee. The striker accelerated towards goal but was ruled marginally offside by the linesman. Niall Henderson should have made it 4-nil 7 minutes from time but delayed too long and Shanahan got out to block his effort. On 86 minutes Darren Boyce almost grabbed a consolation goal but Elliott Morris, keen to keep another clean sheet, was able to keep him out. 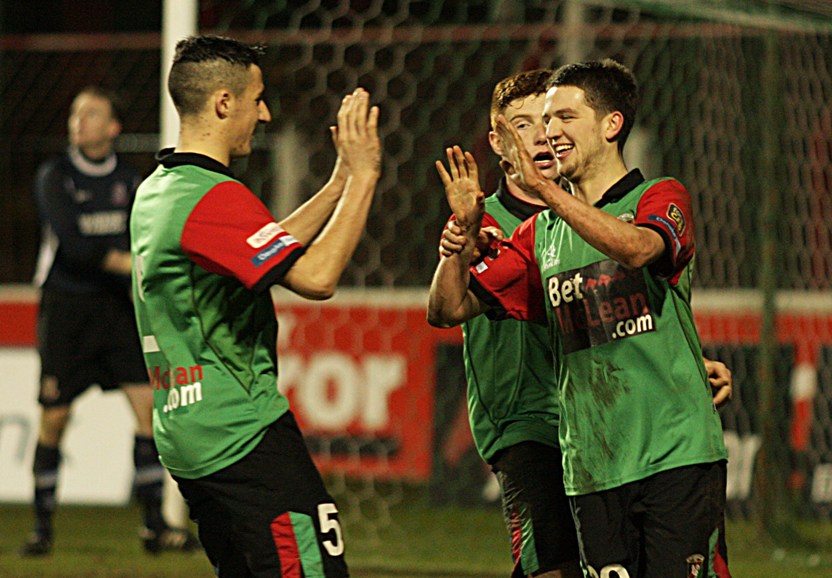