On what was an exceptionally mild December afternoon, and following last Saturday's entertaining game against Crusaders, the Oval seemed the obvious destination to avoid the pre-Christmas rush. 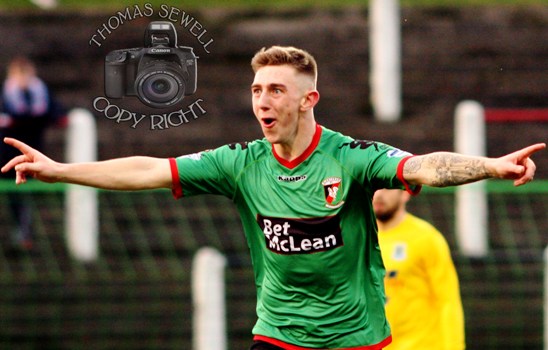 Although the game started with both teams cancelling each other out, a swift break through ball by Jonathan Smith to Chris Lavery  in the 10th minute saw Chris Lavery beat the Ballymena defence twice, before crossing into the box for Adam McCracken to deflect the ball into his own net.

The Glens continued to push Ballymena, with Lavery particularly strong down the left hand side.  In the 28th minute, a throw in by Ross Redman fell to Stephen McAlorum, who turned and swivelled on the ball.  The angle of the ball resulted in it gliding across the goal mouth and into the top corner of the net, a great goal by the returning captain. 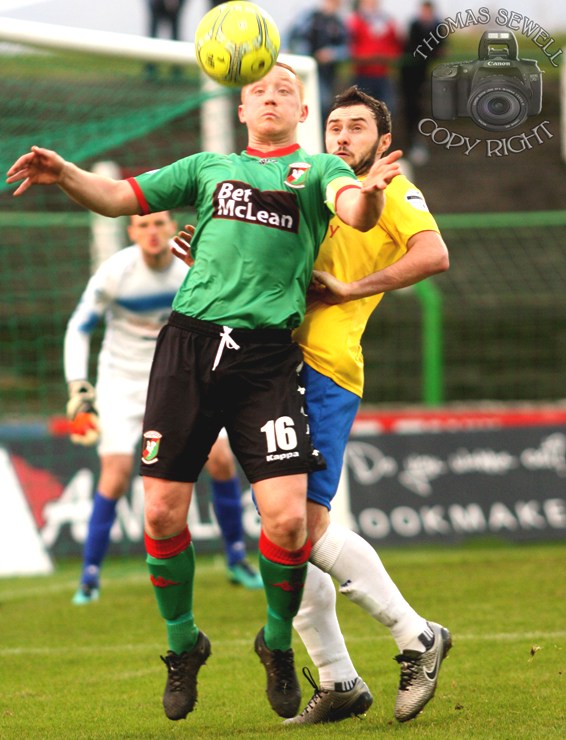 Ballymena's main opportunity of the first half came minutes later when Friel flicked the ball over the bar.  The Glens continued their strong play, with Lavery and Foley instrumental in pushing forward.  In the 36th minute, Curtis Allen passed the ball out wide to Ross Redman for the cross into the box.  Allen, now waiting in the box, failed to get enough power on the ball and scuffed his shot wide with an undoubted opportunity to make the game 3-0 wasted.

David Jeffrey must have read the riot act to his players at half time as they came out a different team.  Ballymena started strongly, showing a strong desire and dominance to change the match.  A surging run by Friel cut through the heart of the Glens team, before he passed the ball to former Glens player Fra McCaffrey who slotted the ball low into the net.  The Glens retaliated on the 72nd minute when a poor Ballymena clearance saw the ball fall to McAlorum whose long range shot hit the post. 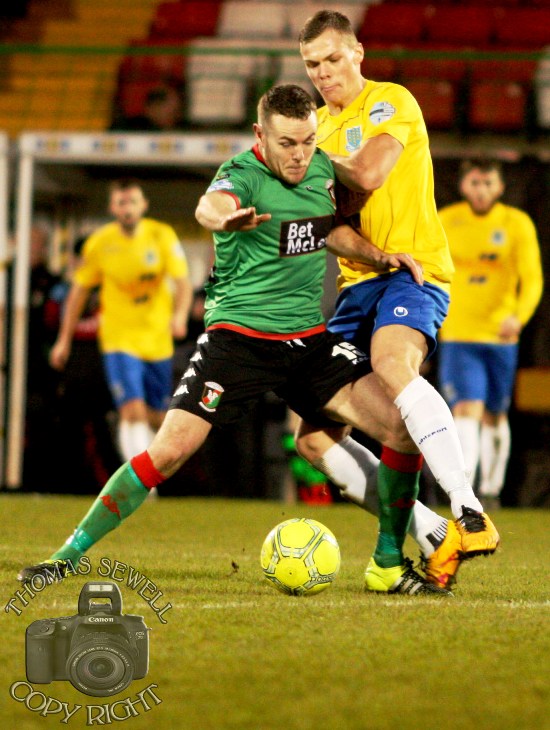 Ballymena continued to create lots of space throughout the field and pushed forward. A mix up in the Glens defence in the 85th minute resulted in Tony Kane scoring Ballymena's equaliser.  In the closing minutes of the game, Tony Kane was fundamental again for Ballymena when he passed a long ball for the substitute Johnny McMurray.  McMurray then beat Ferrin to drill the ball into the net.

Yet again this season, the Glens have fallen victim to a Ballymena United comeback victory.  Perhaps the defining moment in the match was the substitution of Jonathan Smith for Kym Nelson. At this point the Glens started to play much deeper, with defensive tactics allowing Ballymena to run at them at pace which eventually proved our undoing. A disappointing day at the office, here's hoping for a better run of results over the festive period.

Subs: Nelson for Smith and O'Flynn for Foley 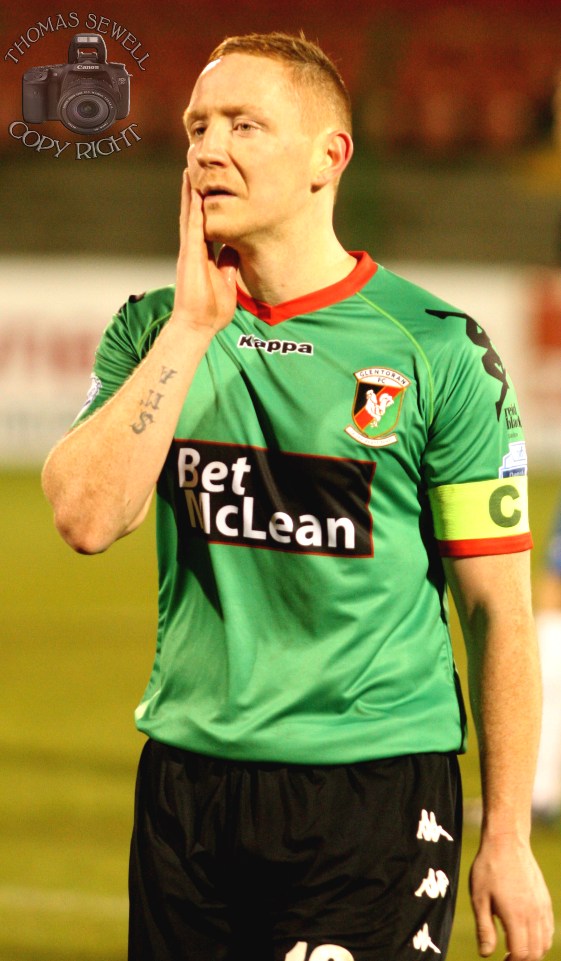