Glentoran require 1 point from their final fixture to clinch a Europa League play-off spot following a 2-2 draw at the Oval on Tuesday evening.

The team failed to reproduce their fine second half performance against Newry City last Friday evening but showed enough charachter to twice come from behind and earn a draw. 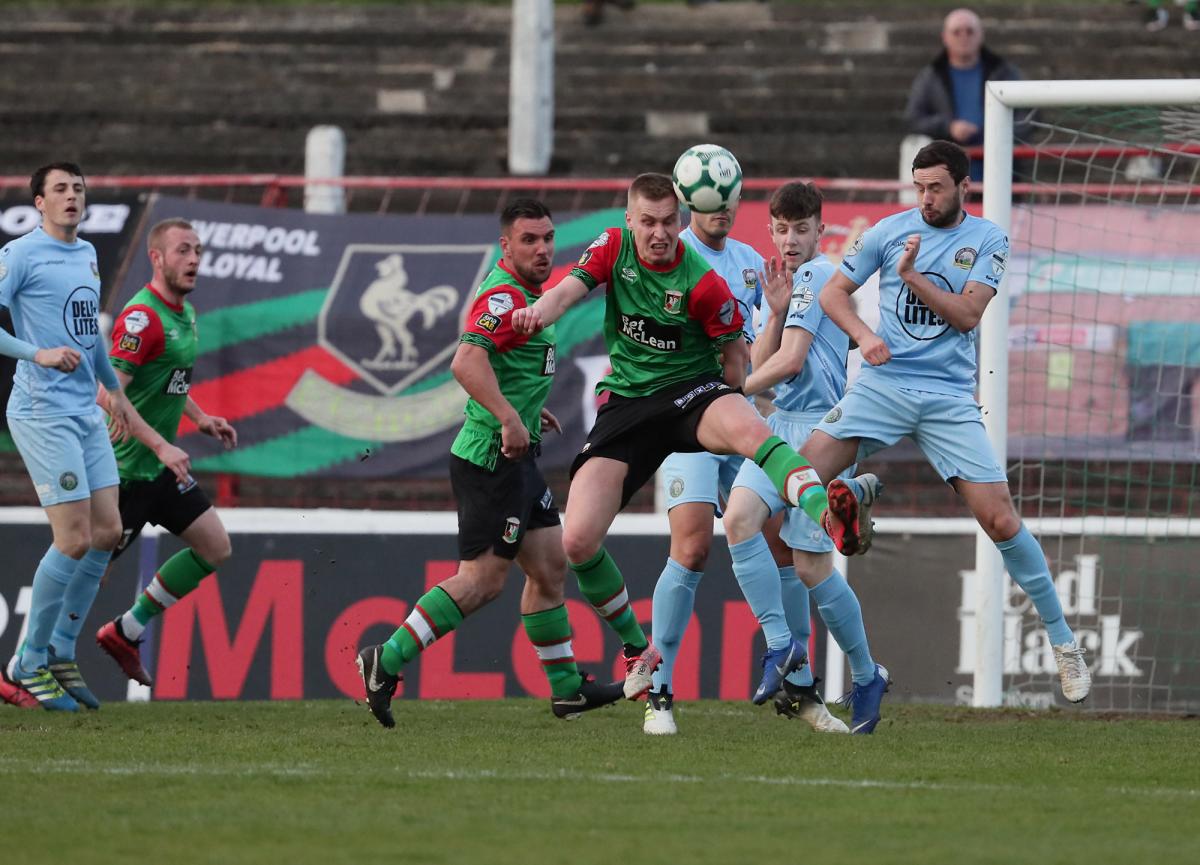 There was just one change to the starting XI from the Newry game, Chris Gallagher out with a hamstring injury being replaced by Calum Birney.

Before the game a minute's silence was observed in memory of former Glentoran centre-half, Eamon Byrne who passed away last week. 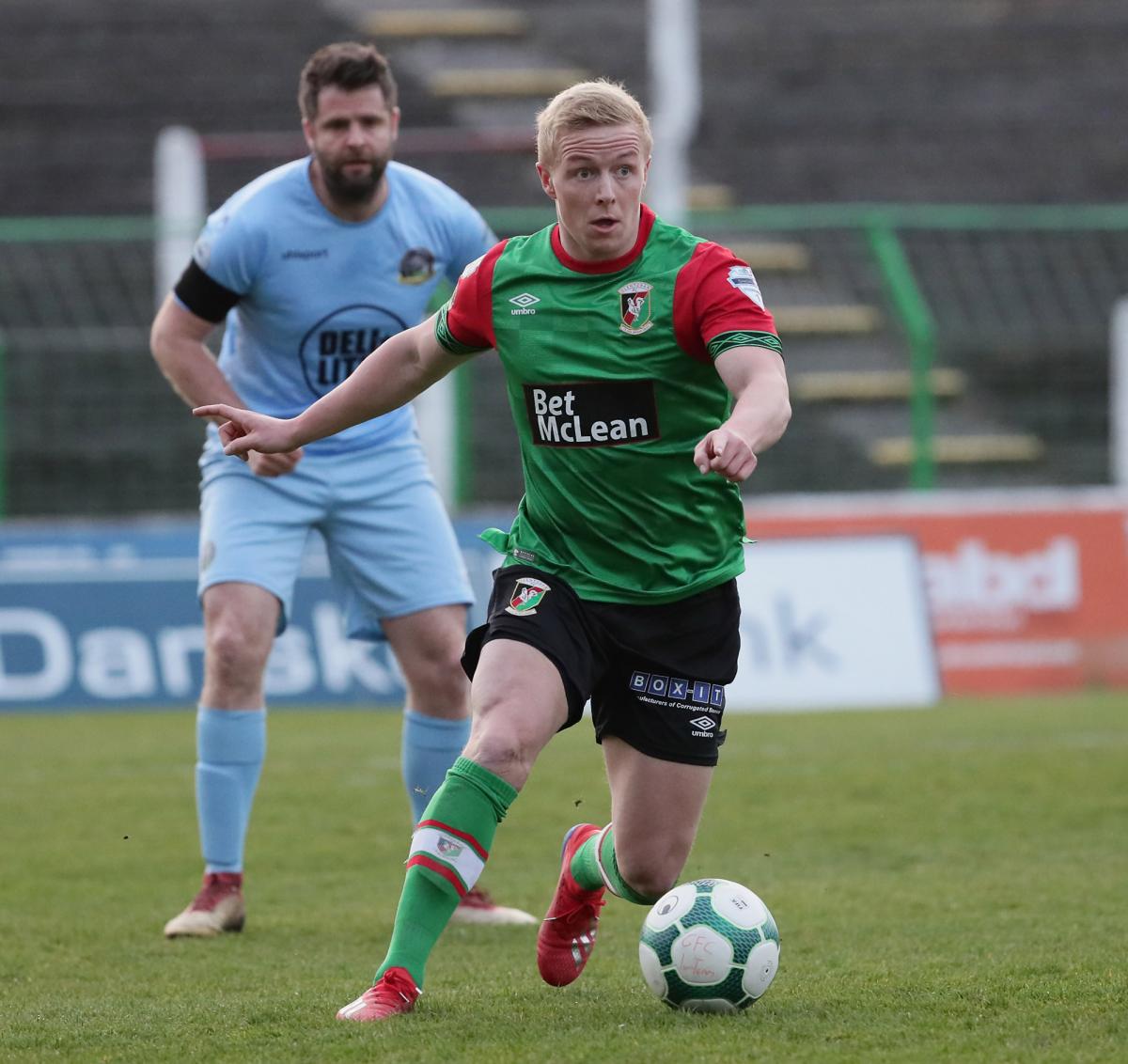 This game certainly took a while to get going with both sides struggling to string together any real passing moves. Indeed it was midway through the half before we had our first serious attempt on goal; Marcus Kane trying his luck from over 30 yards with the ball flying just wide of the post. Just before the half hour mark a Nathan Kerr free kick was flicked on by Stevie Gordon but John Herron, at full stretch, was just unable to get a decisive touch. Another long ball forward then set Darren Murray clear but from a tight angle and with no support arriving in the box, Murray's cross shot came to nothing. 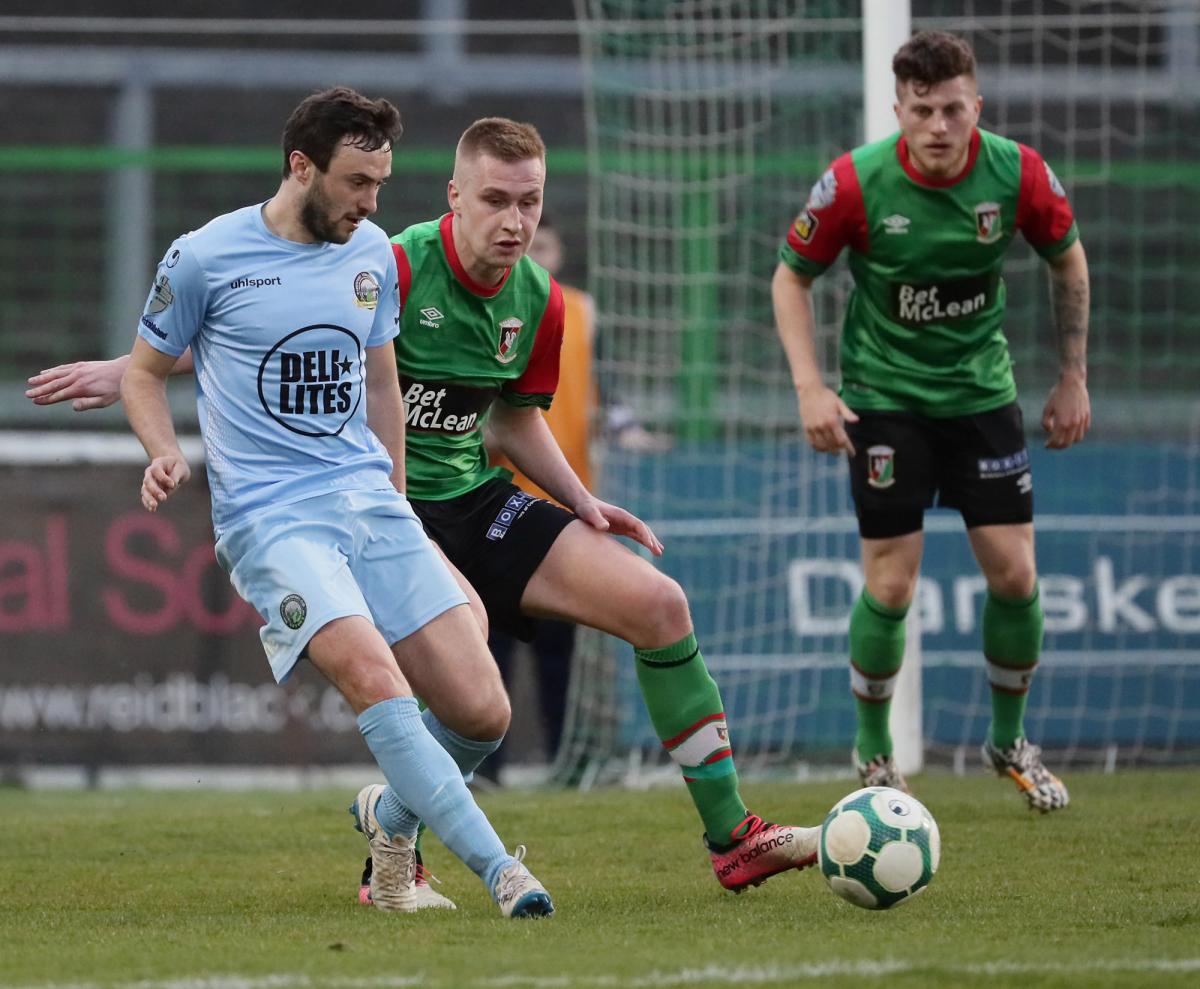 The opening goal arrived on 32 minutes. Former Glentoran midfielder, Fra McCaffrey did well on the left and set up an opportunity for Eamon Scannell but his effort was deflected wide. From the resulting corner Nathan Kerr was forced to head off the line but the ball was hooked back into the danger area and makeshift striker, Simon Kelly poked it past Elliott Morris. The expected Glentoran reaction didn't materialise and the visitors carried their 1-nil advantage in at the interval. 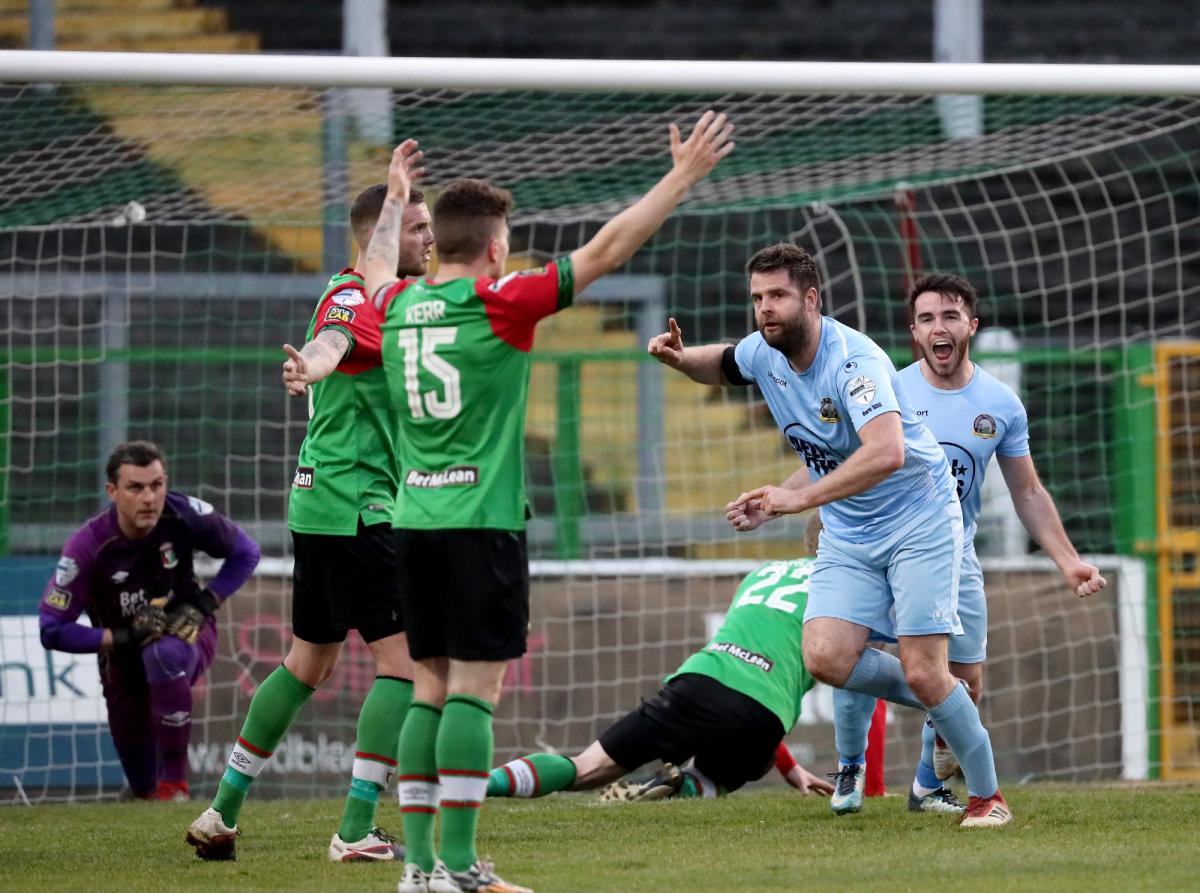 Manager, Mick McDermott made a change at the break. Steven Gordon was replaced by Peter McMahon with Marcus Kane moving from midfield to left back and McMahon slotting into midfield. On 49 minutes Glentoran drew level. Nathan Kerr's cross from the right was cleared to John Herron on the edge of the area and the big Scottish midfielder drilled a low 20-yard shot past Berraat Turker in the Warrenpoint goal. The lead lasted barely a minute though. Stephen Moan broke into the Glentoran penalty area and was adjudged to have been fouled by Marcus Kane. Philip Donnelly took the spot kick, sending the ball to the keeper's left. Elliott Morris got down well to make the save but the ball spun away from his boday and crossed the line, albeit barely. 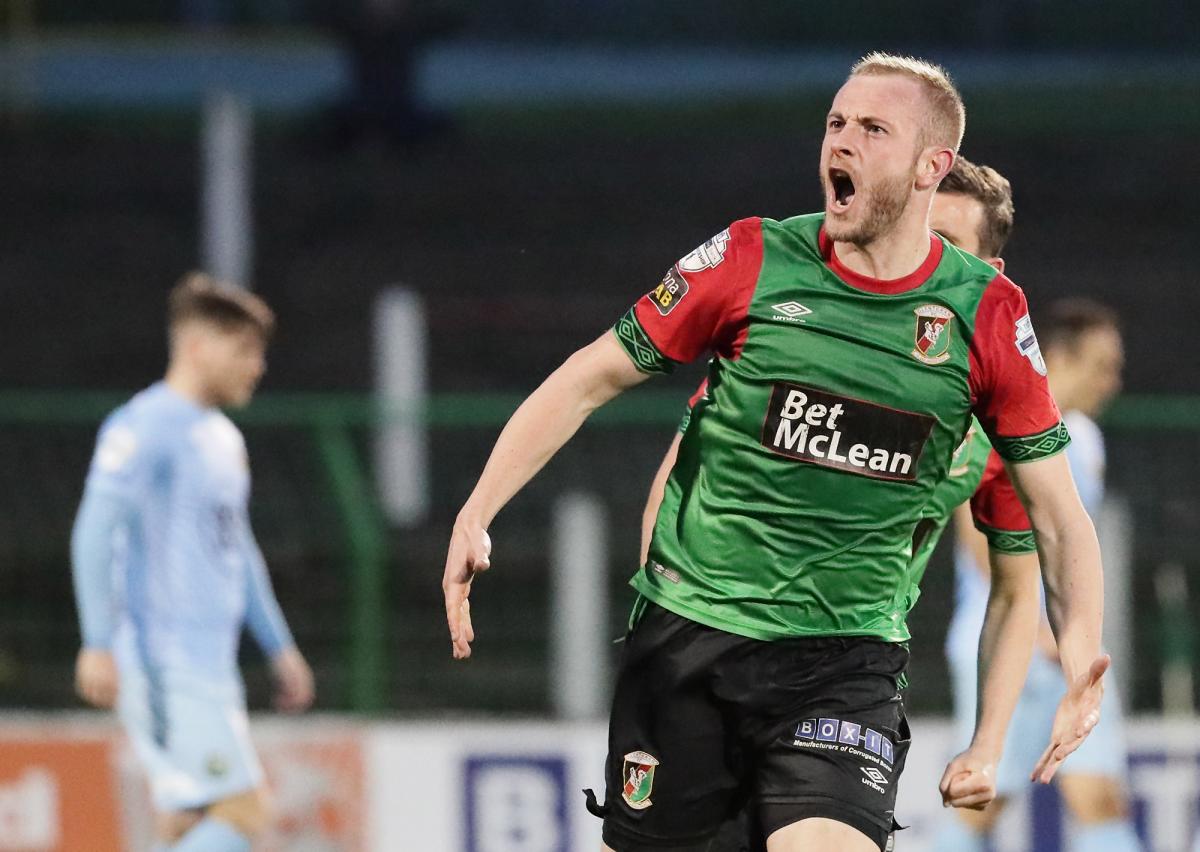 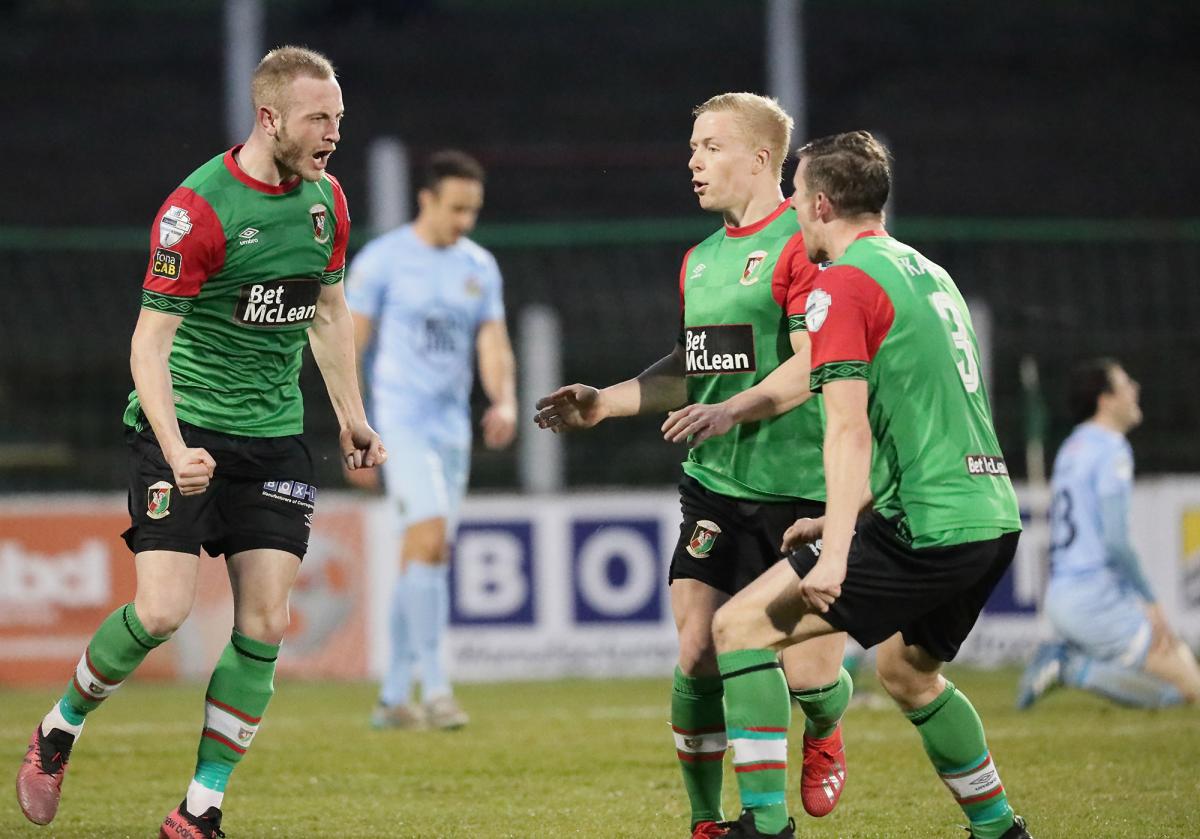 Philip Donnelly could have wrapped the game up for the visitors on 59 minutes when he pounced on a slip by Connor Pepper but Warrenpoint Town's number 24 curled his effort inches wide of the post. With just over 15 minutes remaining manager McDermott made another substitution and went to 3 at the back; Paul O'Neill replacing Nathan Kerr. On 84 minutes Glentoran drew level at 2-all. Another hopeful ball forward was chased by Robbie McDaid and he appeared to foul the Warrenpoint defender close to the corner flag. The assistant referee, who was in an excellent position, deemed there was no infringement though and awarded a corner. 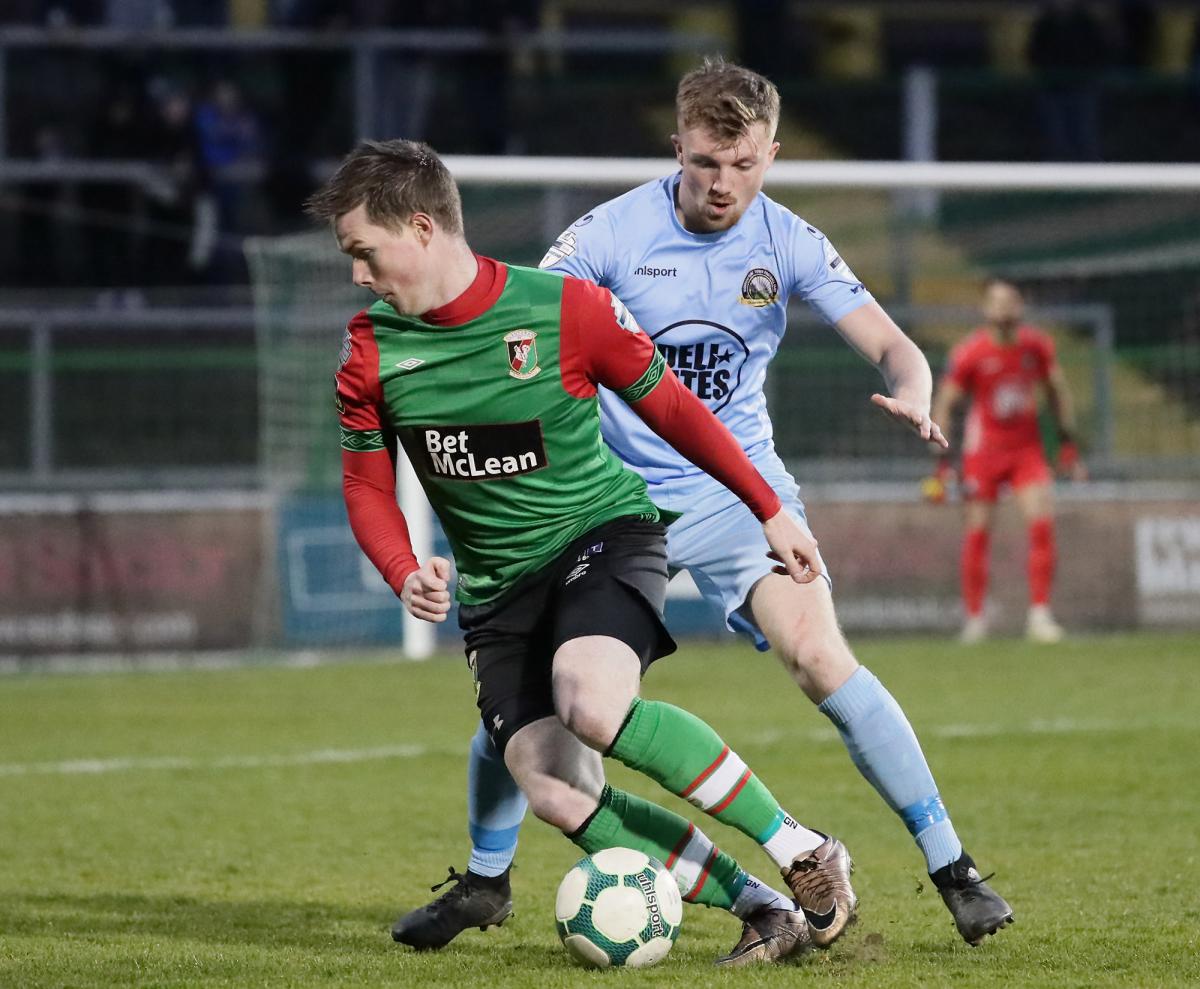 Curtis Allen's corner was headed goalwards by the impressive Gavin Peers but deflected wide of the post. Robbie McDaid took the resulting corner from the right side and found Darren Murray who headed home at the near post. In stoppage time the Glens pushed for a winner but despite several more corners and a couple of long throw-ins they failed to grab what would have been a vital third goal. So the Europa League qualification all comes down to Saturday's home game against Institute. A draw is sufficient but the Glentoran management team will be looking to continue their unbeaten run and sign off their last home game, with a victory. 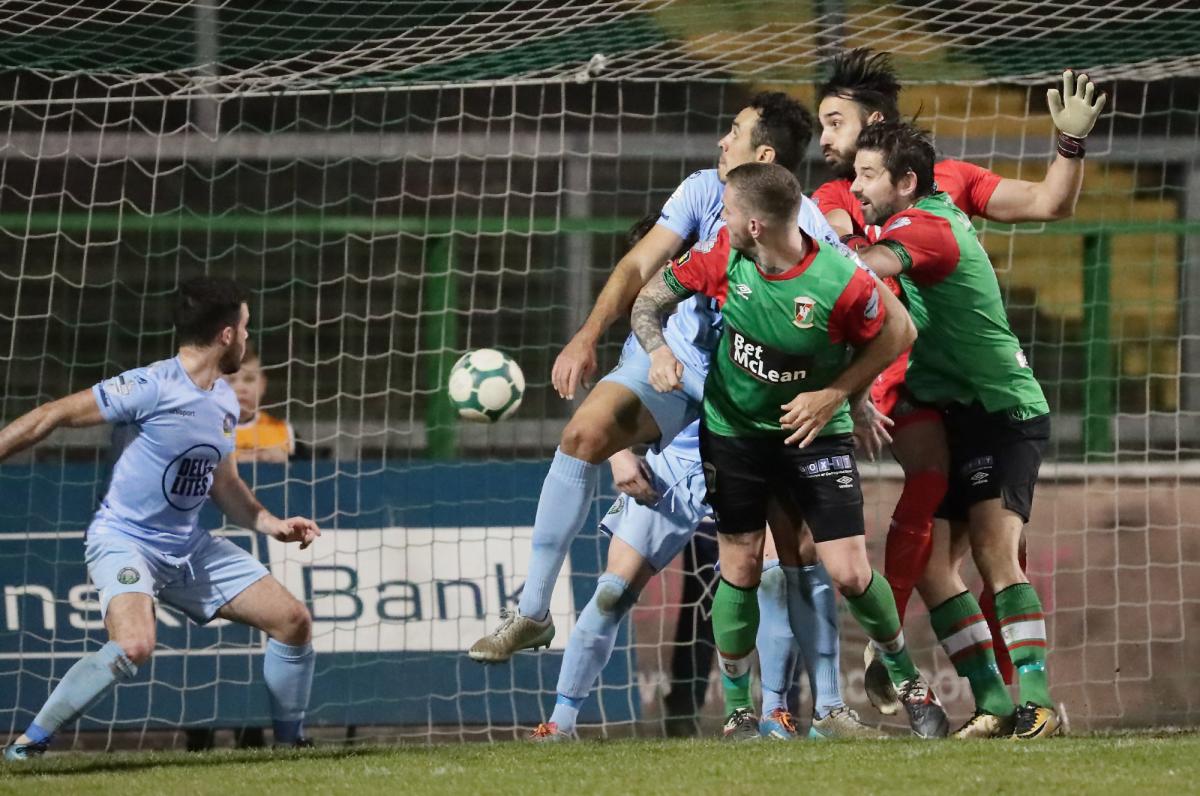 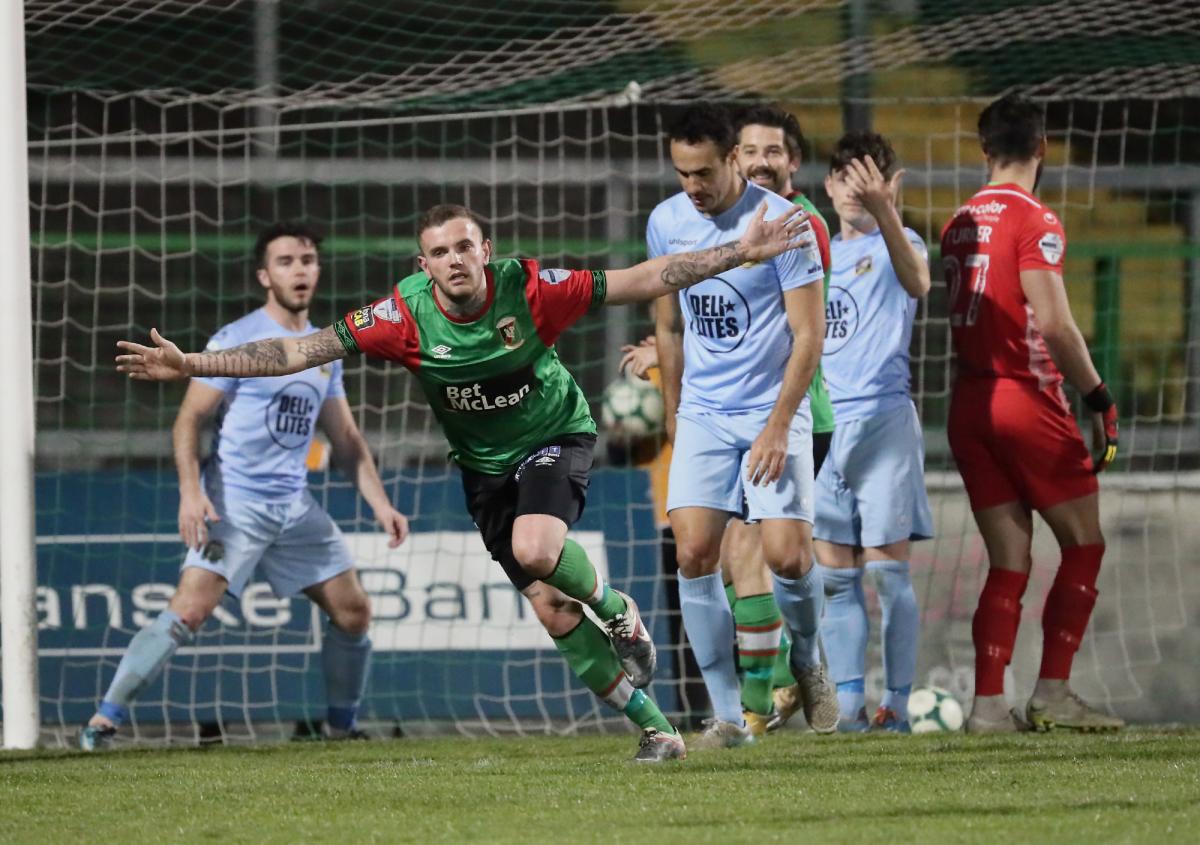 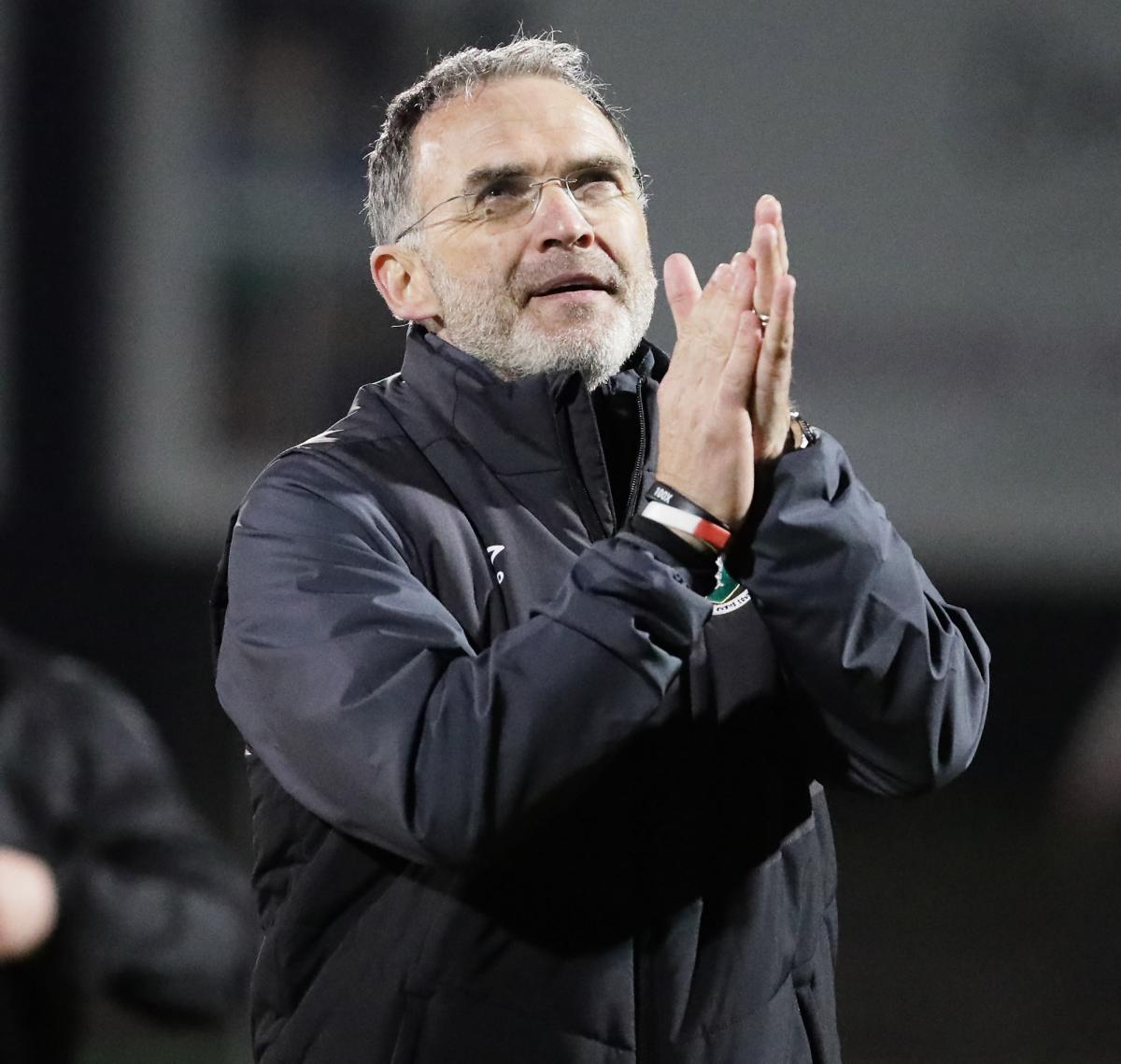