It was a disappointing afternoon at the Bet McLean Oval as Glentoran were held by 10-man Portadown in the Danske Bank Premeirship. 2-1in front 23 minutes remaining, the home side failed to manage the game out and a goal, 9 minutes from time left the home fans frustrated. 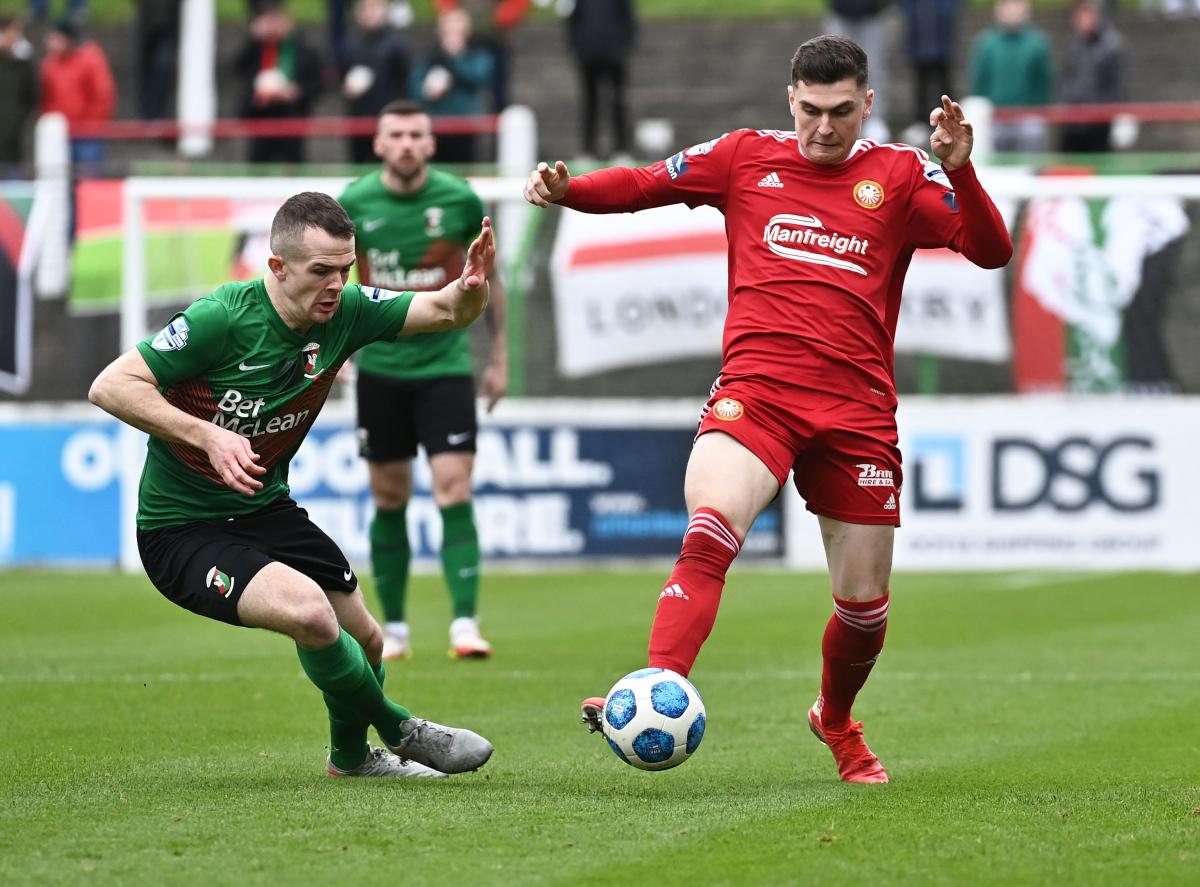 It had started very brightly for Glentoran with Gael Bigirimana firing over on 10 minutes before Conor McMenamin opened the scoring 2 minutes later. The goal came following a Portadown corner at the Sydenham End. The Glens broke swiftly with McMenamin and O'Connor however Ciaran O'Connor delayed returning the ball to McMenamin and the Ports defence cleared. The ball only went as far as Bigirimana though and he fed it to O'Connor. The midfielder drove to the edge of the 'D' before finding Conor McMenamin and his low, driven shot flew across goal and in at the far post. 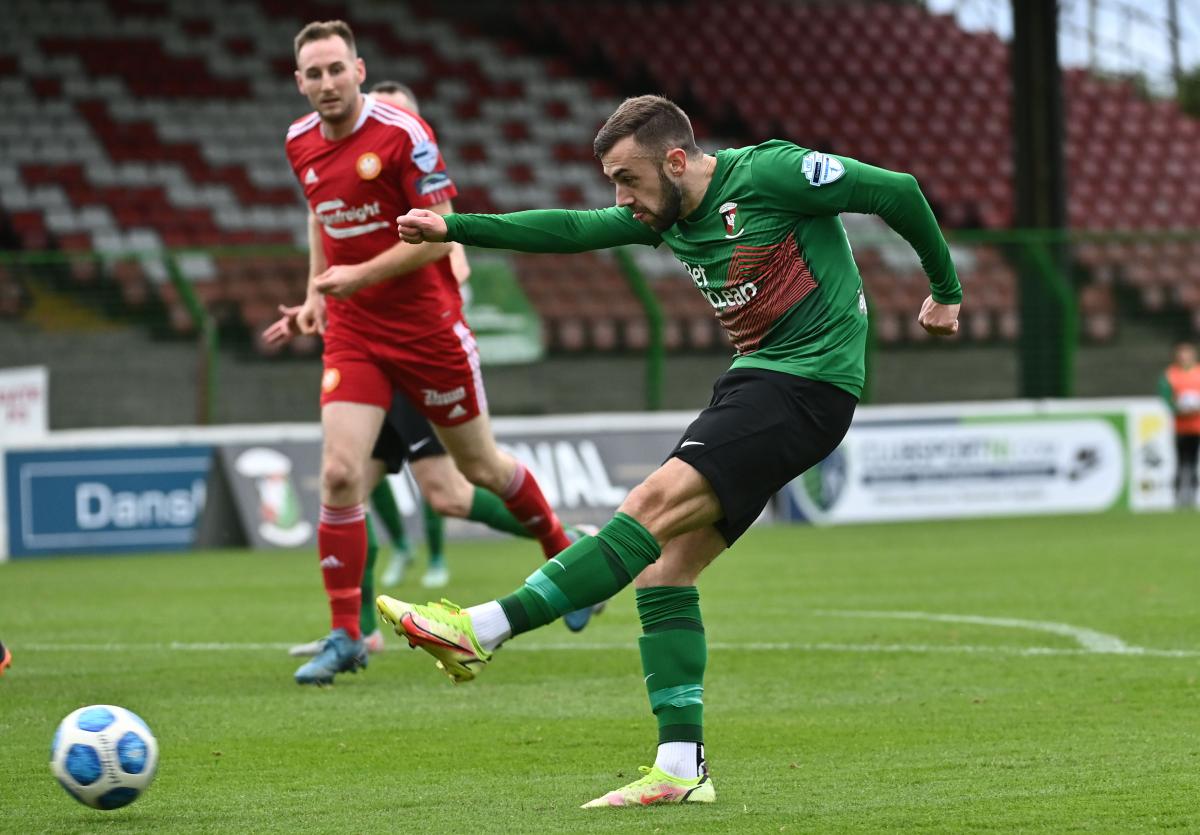 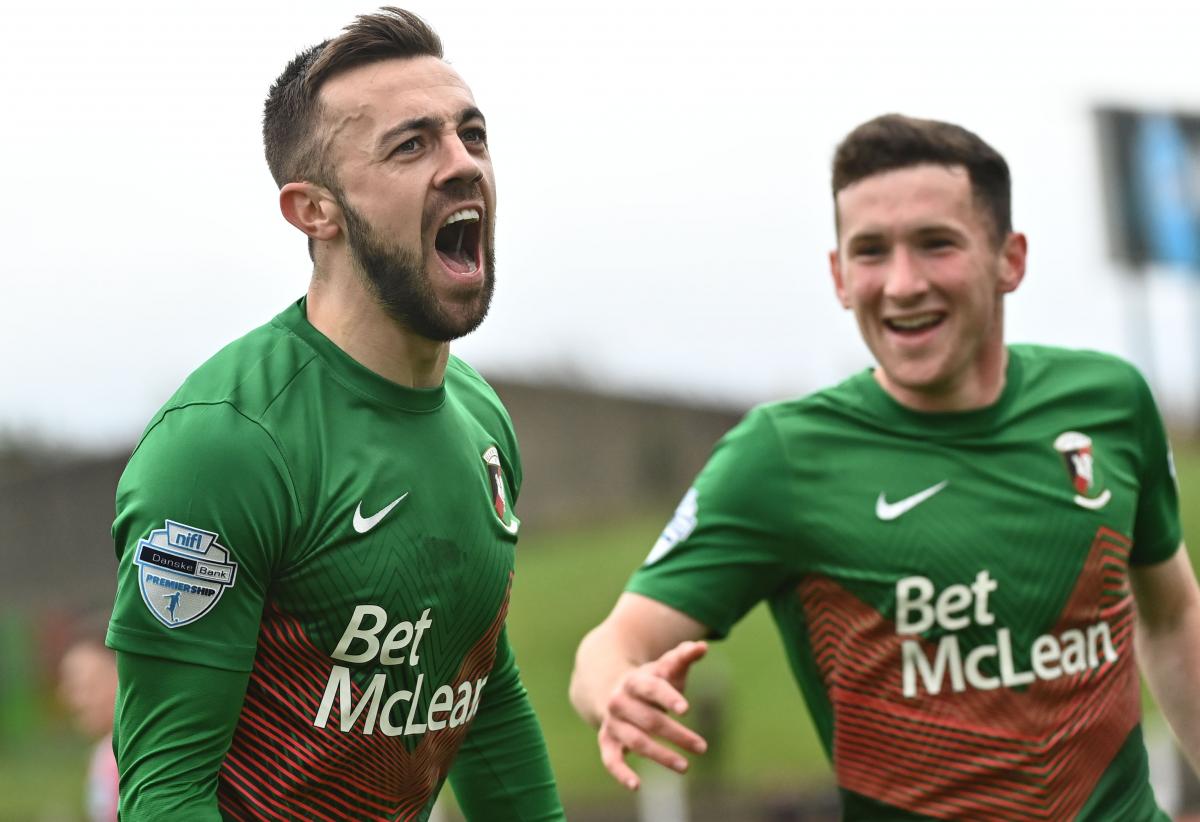 Two minutes later it should have been 2-nil. Bigirimana and Plum linked before finding Jay Donnelly in the area. His shot was just inches wide of the far post. Midway through the half Glentoran were forced to make a substitution when Ciaran O'Connor picked up an injury and had to be replaced by Seanan Clucas. Portadown were struggling to create much at this stage, only having the odd chance with the Glentoran backline being too casual and sloppy at times. On 27 minutes Conor McMenamin won another corner. Hrvoje Plum took it and his superb delivery into the box saw Paddy McClean have a free header at goal but he put the ball wide! 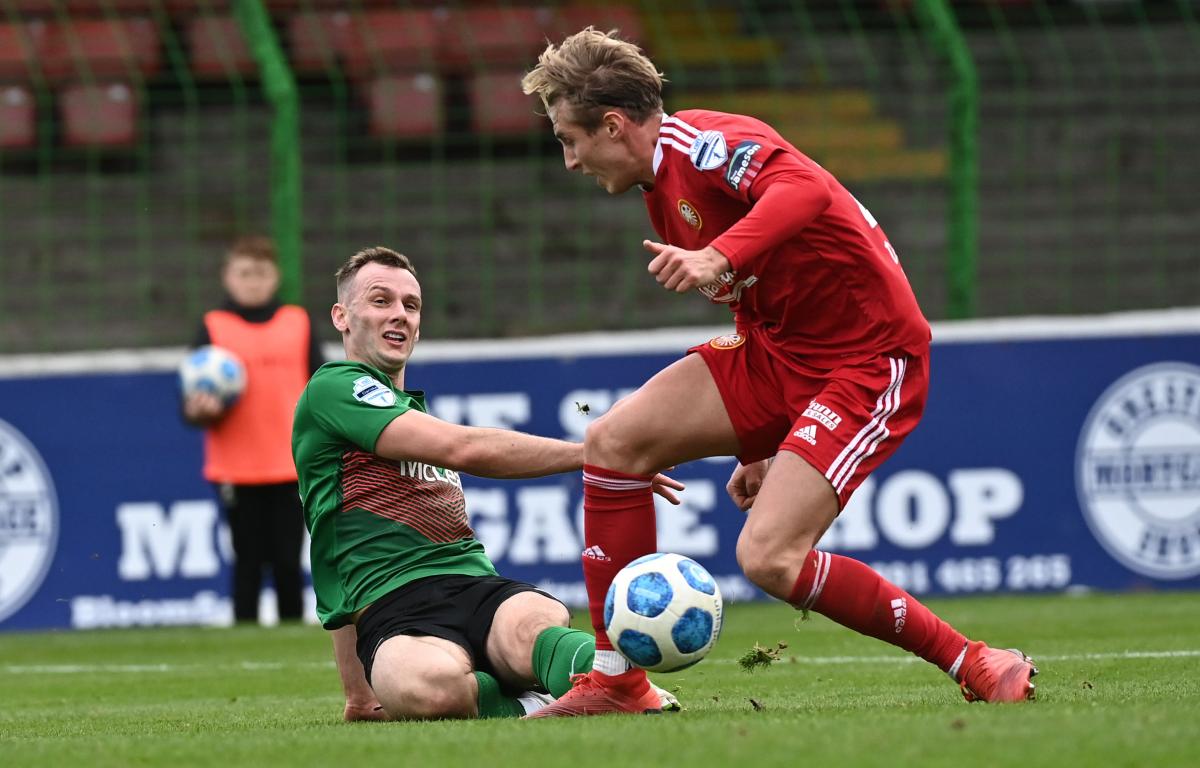 Hrvoje Plum fired over from long range and then Seanan Clucas did well, picking up the ball and driving into the area before dragging his shot wide. 10 minutes from the break Portadown sprung forward with Stephen Teggart doing well on the right before setting up Adam Salley. Salley looked like levelling things up before a great block from Luke McCullough preserved the Glentoran lead. Not for long though. A corner from the left, 3 minutes from halftime was headed home by an unmarked and unchallenged Michael Ruddy. 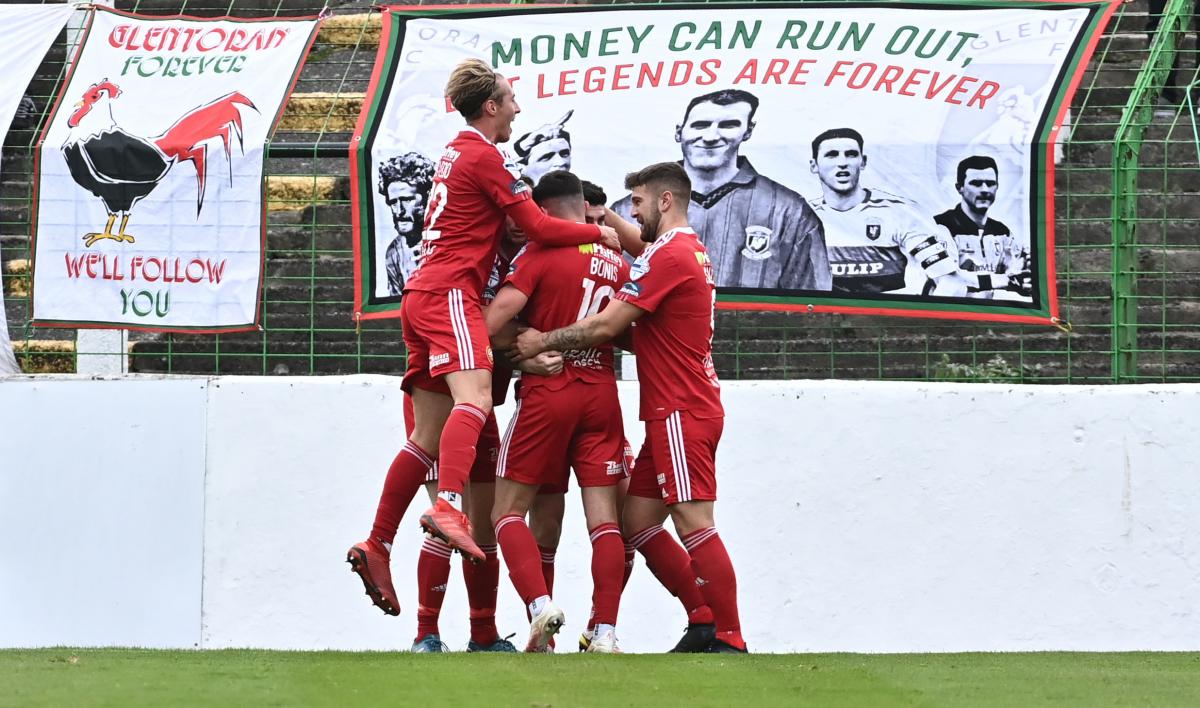 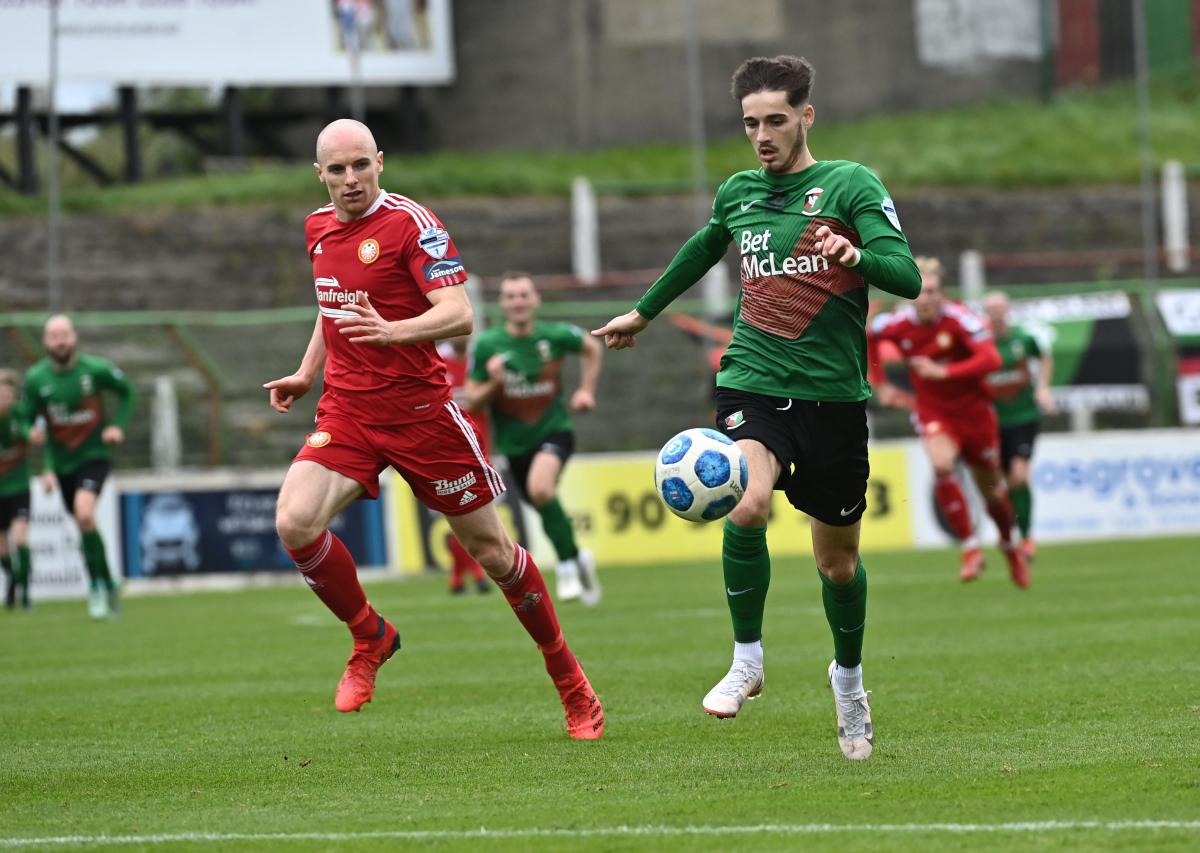 A foul on Hrvoje Plum (51) brought the home side a free kick 35 yards from goal. The Croatian midfielder struck the ball well but Ports keeper, Jethran Barr made a comfortable save. Chris Lavery and Hrvoje Plum had efforts at either end but neither keeper was called into action. On the hour mark the visitors should have taken the lead. A shot from Salley hit the post and fell kindly for Lavery. His drive looked to be heading in before an excellent save from Ross Glendinning. On 64 minutes a high ball into the Portadown area saw keeper Barr appear to take out Rory Donnelly as the two players went for the ball. Referee Tavinder awarded the keeper a free kick! 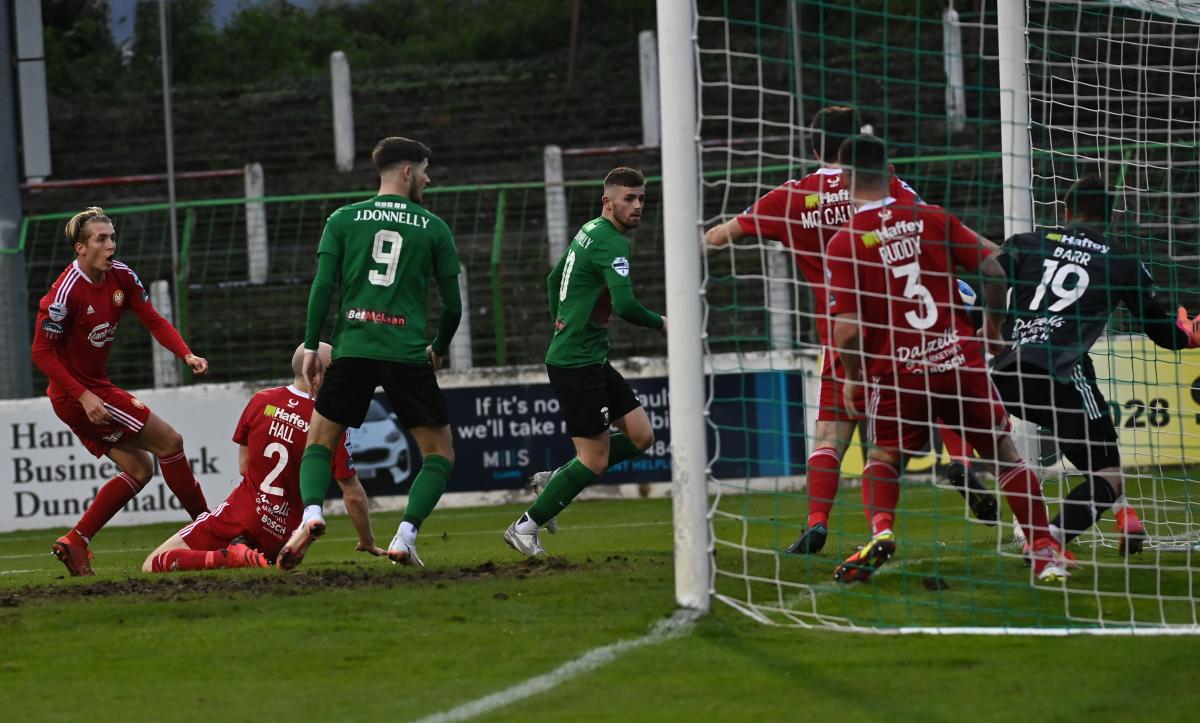 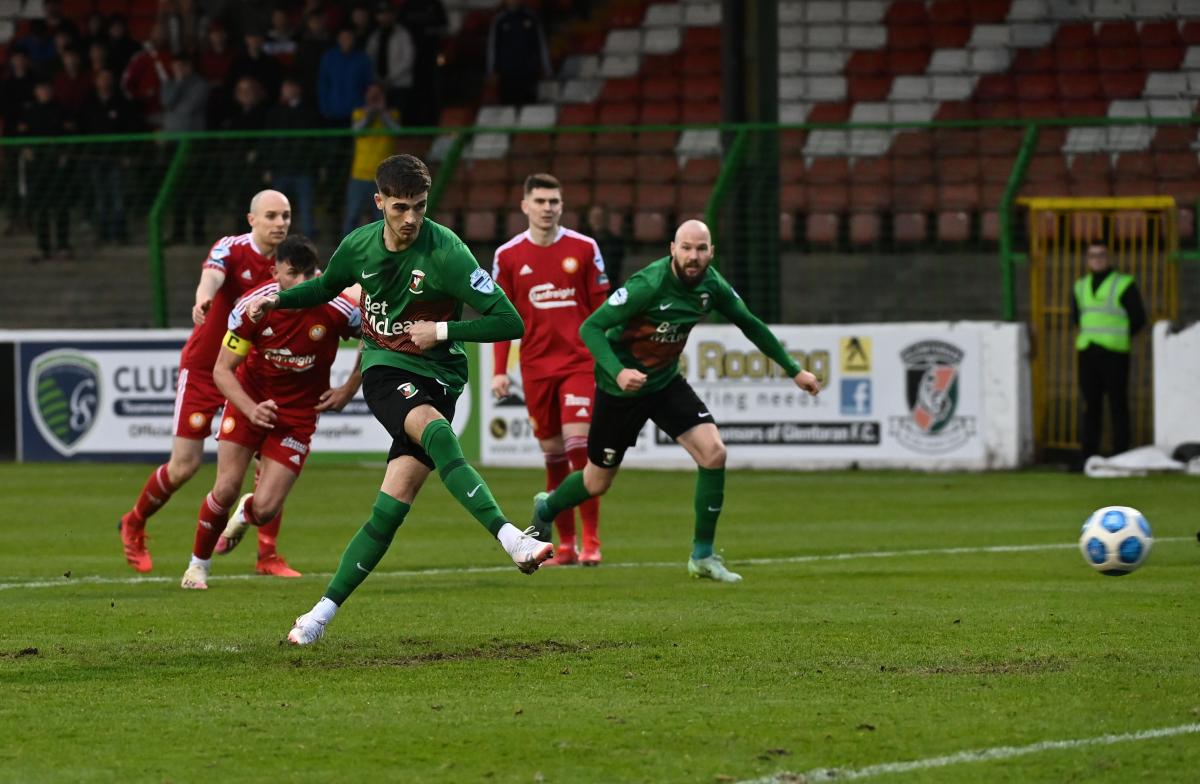 Glentoran went back in front midway through the second half. Conor McMenamin drove into the area and his cross was headed goalwards by Rory Donnelly. Adam McCallum kept it out, handling the ball on the goal line. Red card and a penalty. Jay Donnelly stepped up and slotted the ball home and the Glens had the advantage once more. The Glens had another great chance on 72 minutes when substitute, Robbie McDaid, robbed Nathan Kerr before firing a long forward pass to Jay Donnelly. The Glentoran number 9 saw his shot deflected behind for a corner. Hrvoje Plum swung it in and Paddy McClean's header was straight at keeper Barr. 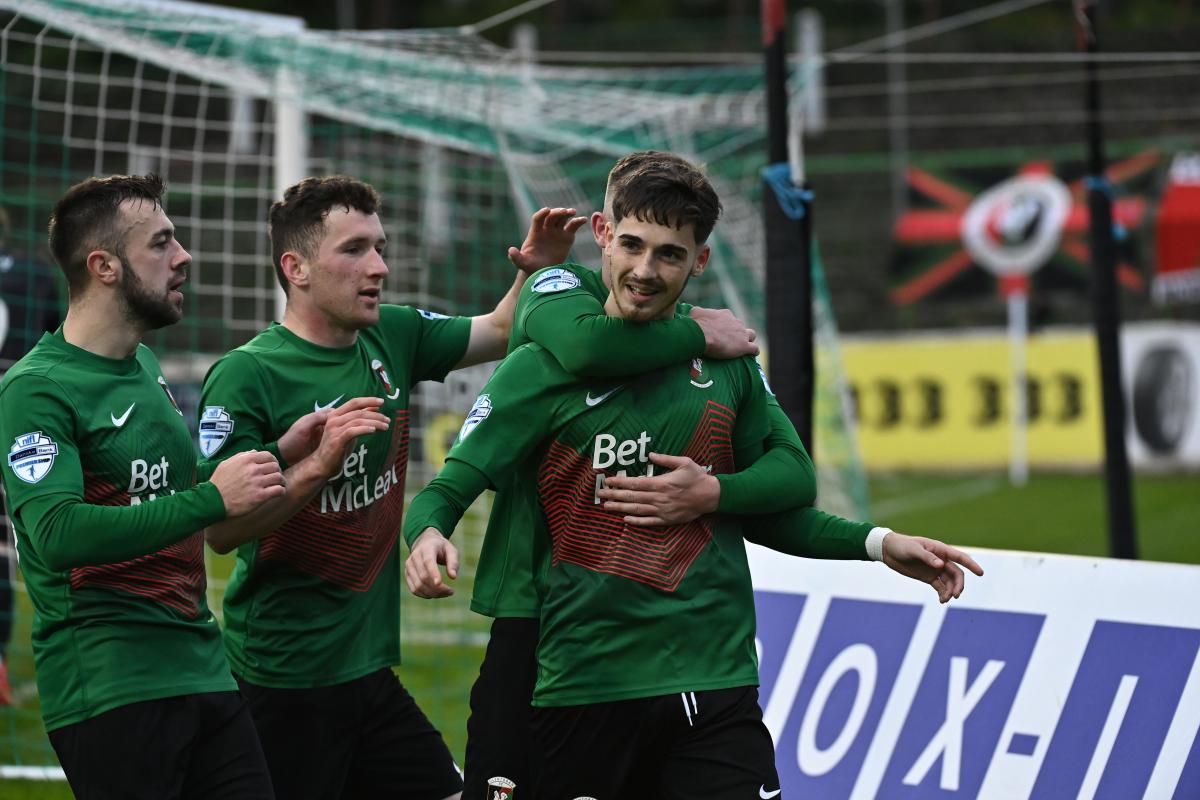 On 81 minutes Portadown levelled for the second time and once again it was from a set piece. Keeper Barr hit a long ball from 10 yards inside his own half towards the penalty spot. Ross Glendinning came to punch with Lee Bonis challenging. The ball came off the Portadown skipper's head and into the net. It was a similar keeper v forward challenge to the Rory Donnelly / Jethran Barr one earlier in the half. This time the referee went in favour of the striker! Glentoran tried to find a winner but Portadown worked really hard to keep them at bay. The Glens could have had another penalty 2 minutes from time, substitute Ben Cushnie clearly held in the area but nothing given. 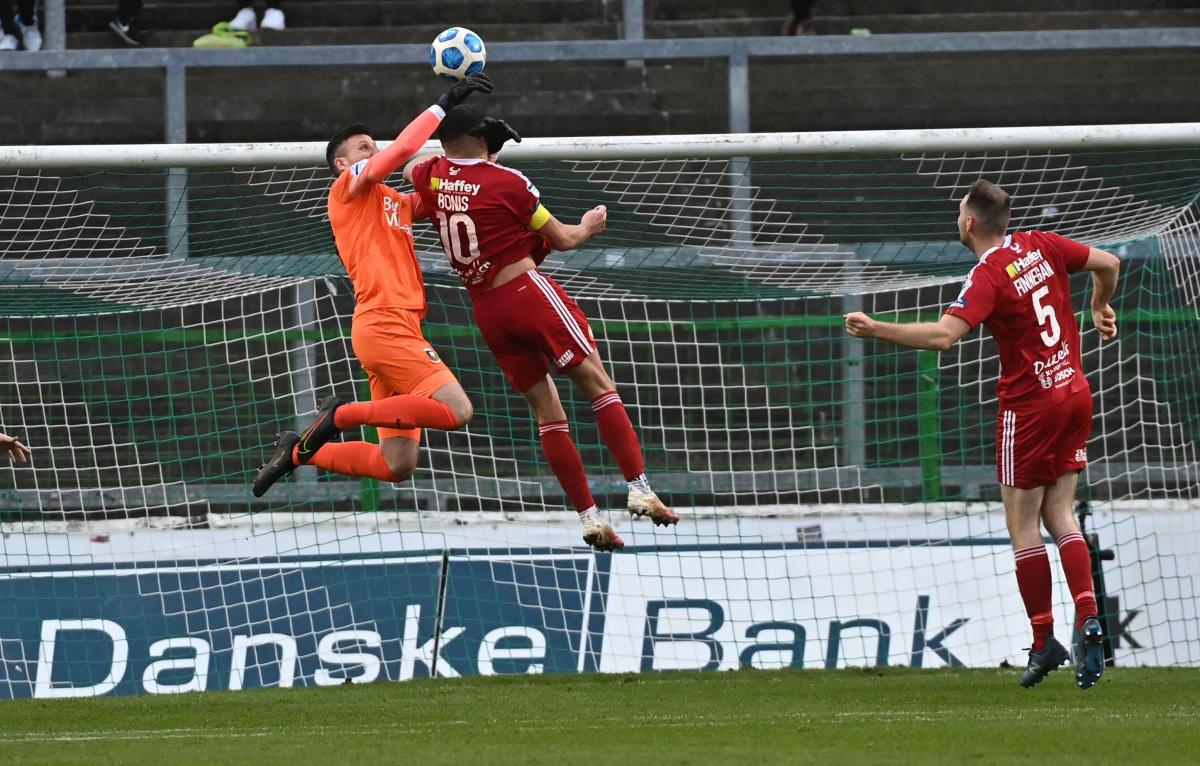 So it's just one win in 5 Danske Bank Premiership home fixtures this season. Next up it's two away fixtures against Carrick Rangers and Larne before home games with Warrenpoint Town and Ballymena United. 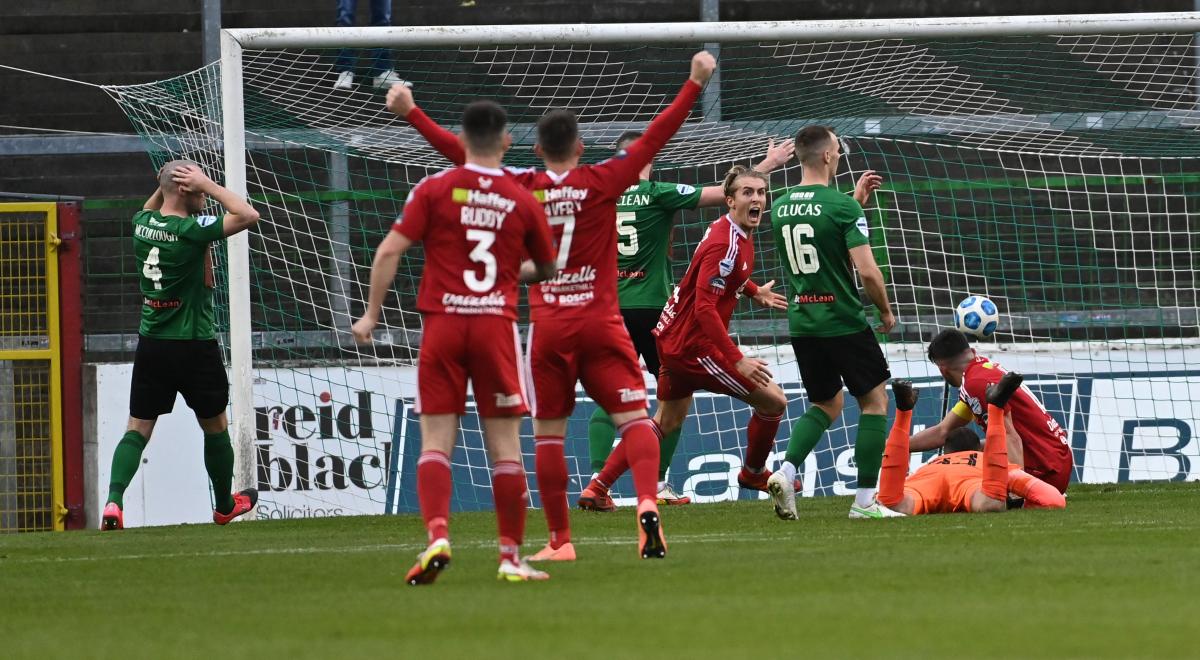