Glentoran's 2-1 victory over Warrenpoint Town today saw them go top of the Danske Bank Premiership. Yes that will change on Monday evening when Linfield and Cliftonville meet at Solitude but to be in this position at this point of the season is a very welcome change and 14 games unbeaten is a remarkable turnaround for a team that has been in the bottom six over the last couple of seasons. 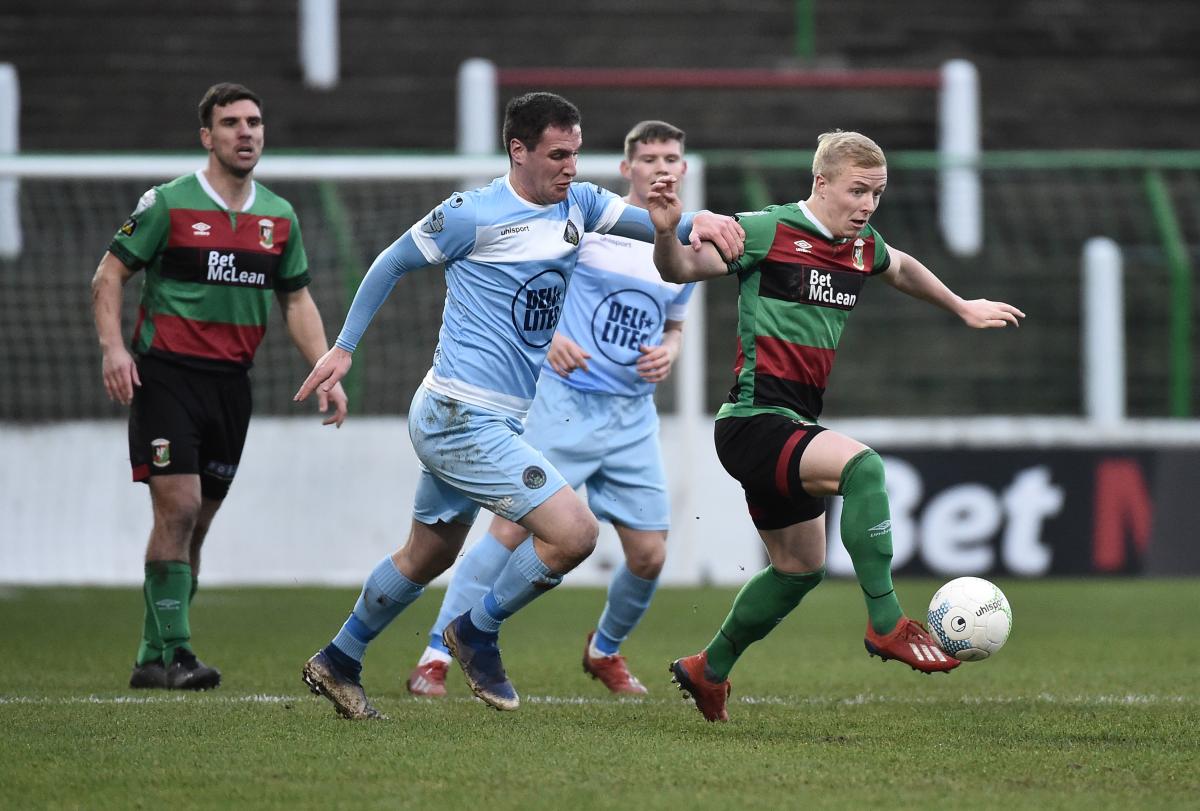 Overnight and morning rain threatened the game but once again we must pay tribute to our excellent groundsman, William Kirkwood that come 3pm it was 'game on'. 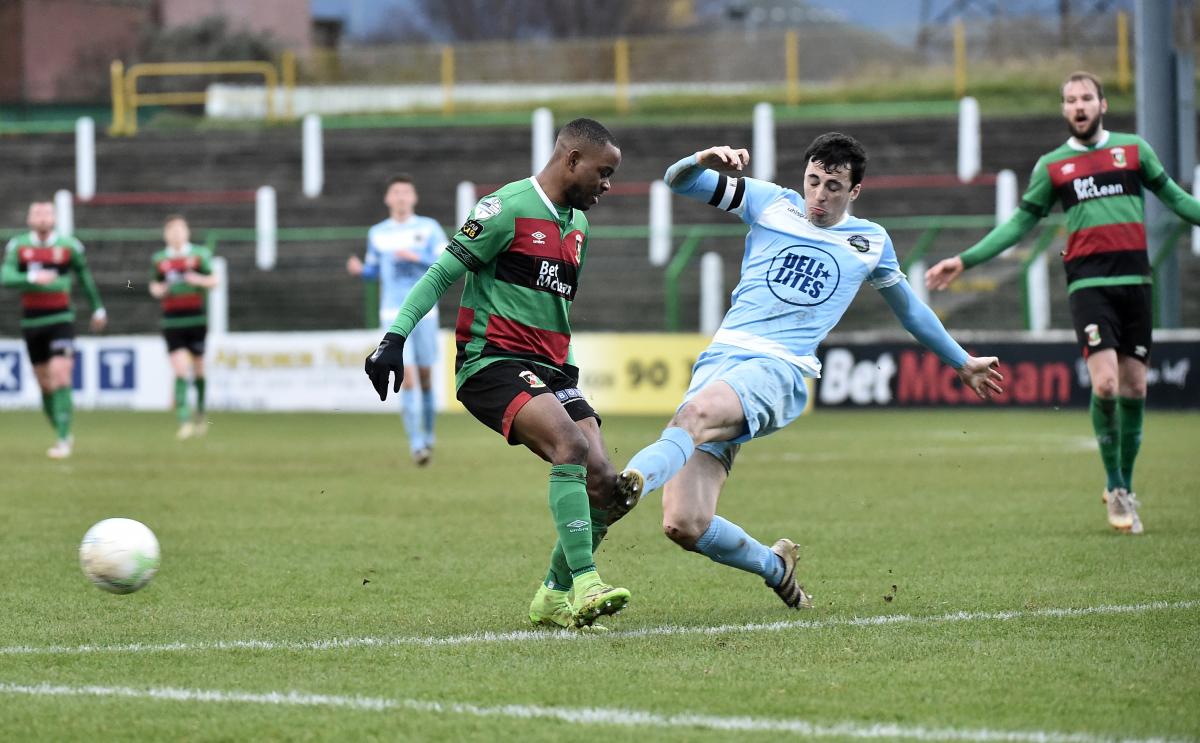 The first half saw Glentoran attacking the Sydenham End with a strong wind at their backs. It was one of those situations where everyone expected the Glens to be a few goals up at the interval but it didn't work out that way! The home side had plenty of possession and a number of decent opportunities but just couldn't get the breakthrough. 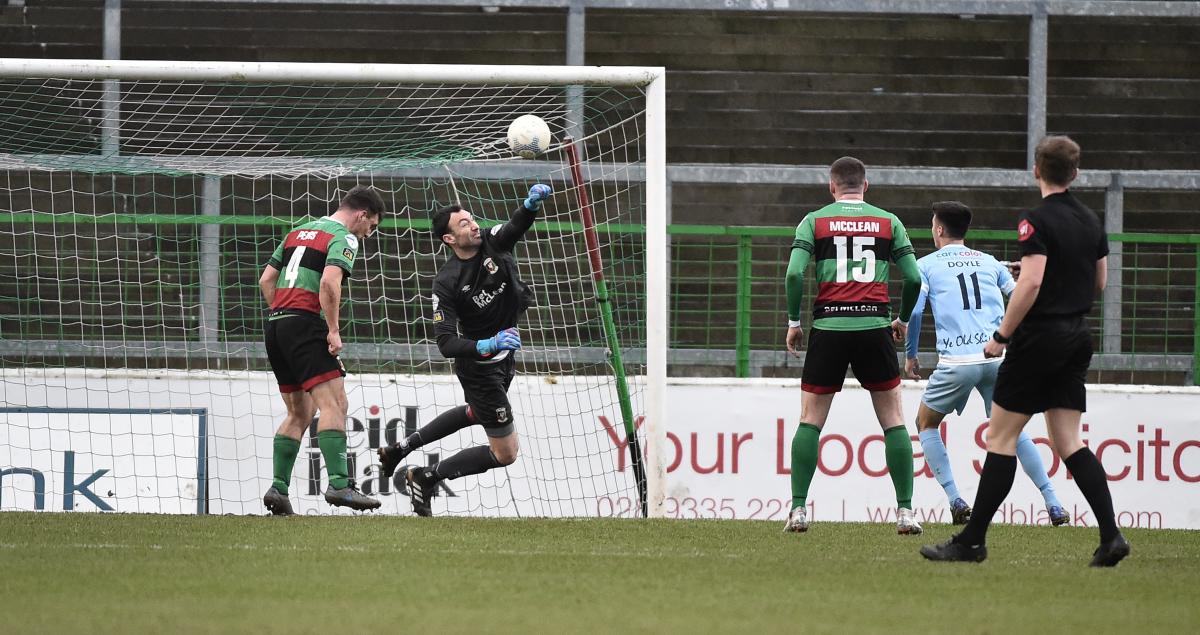 Gallagher's 25 yard effort in the 3rd minute brought a decent save out of Byrne in the 'Point goal but other than a couple of shots from Nasseri, we reached the half hour mark without there being much action of note. The best chance came on 31 minutes when a Plum free kick to the back post was headed back across goal by skipper Kane. It fell nicely for Robbie McDaid but he was off target with a close range header. 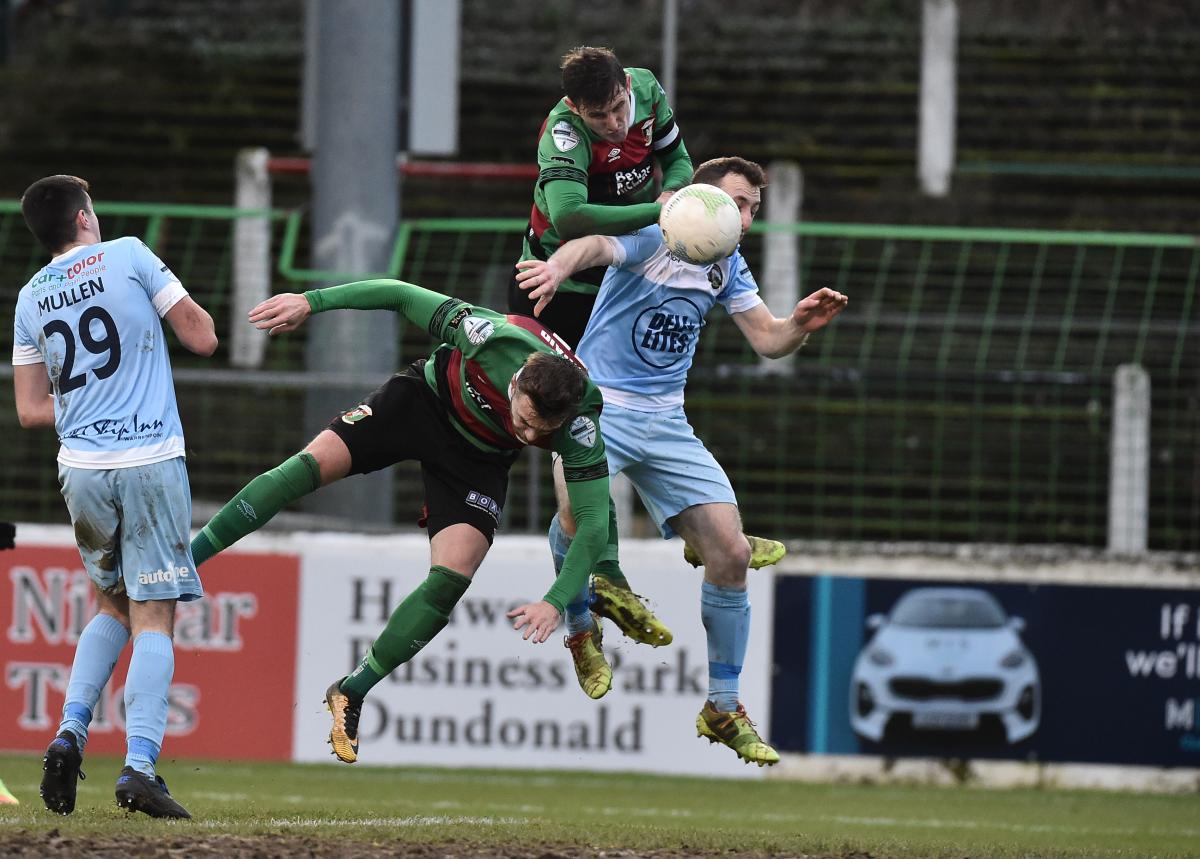 Between than and the break both Kane and McClean had efforts but Warrenpoint keeper, Mark Byrne will seldom have had an easier half. Glentoran looked lethargic and frequently chose the wrong option. A stern halftime team talk was needed! 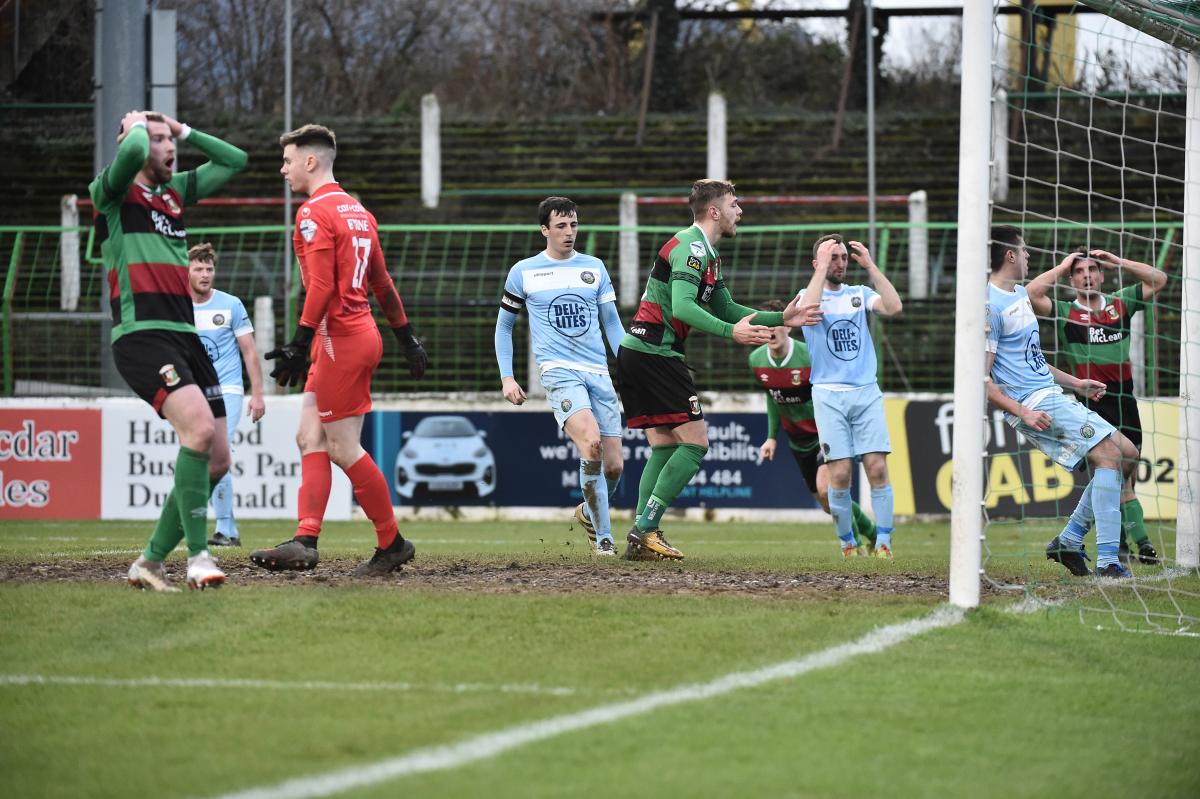 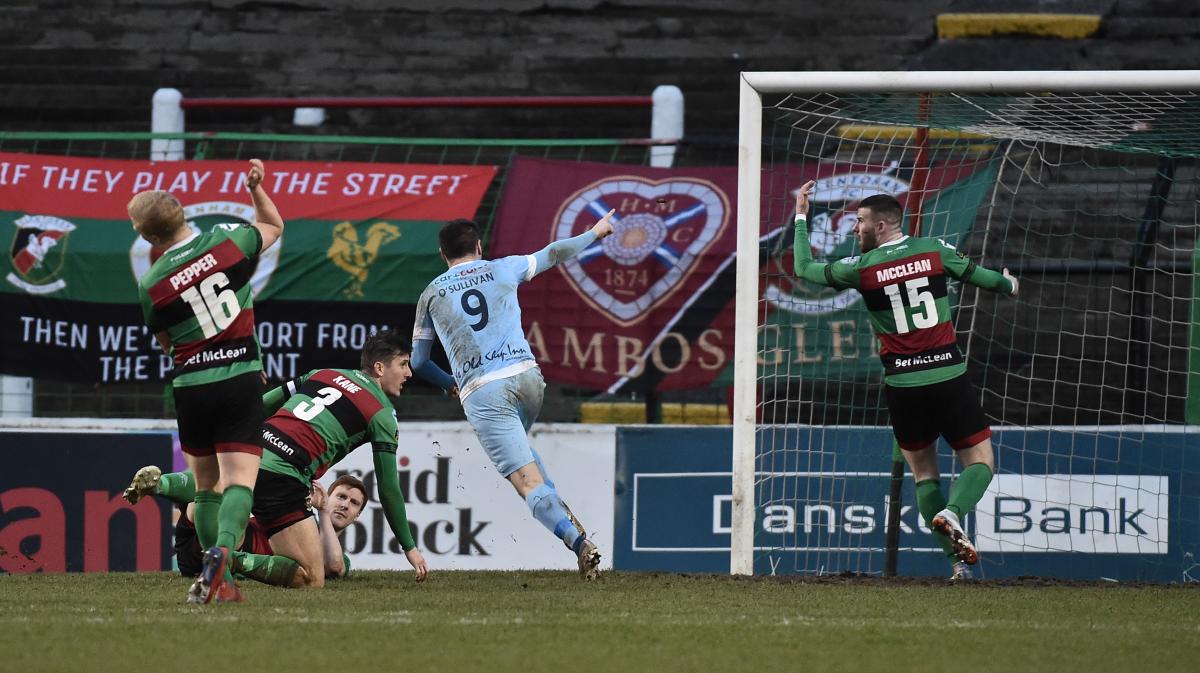 Things got worse though just 5 minutes after the interval. Town captain, Daniel Wallace won the ball off Pepper and skipped past Van Overbeek and Garrett far too easily before slipping the ball to Conall Young. He in turn picked out Dermot McVeigh and his ball to O'Sullivan allowed the big striker to turn and slot past Marijan Antolovic from 12 yards out. 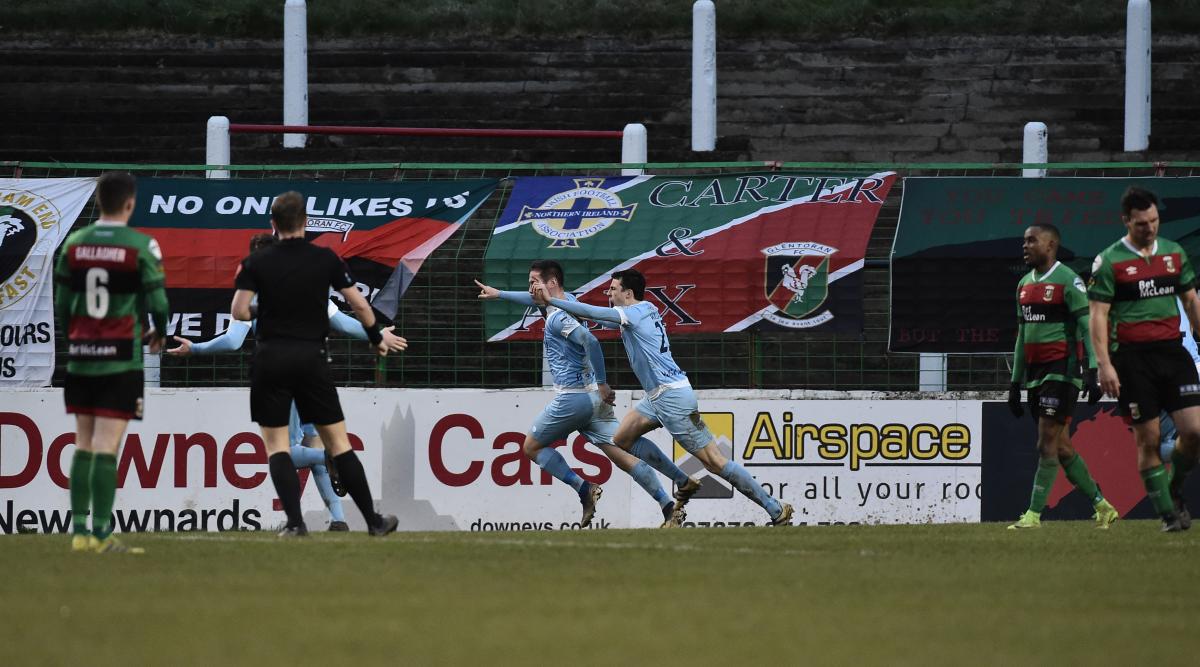 The visitors almost made it 2-nil a few minutes later but Antolovic made a fine save to deny Colm Deasy. Hrvoje Plum did well to break clear on 57 minutes but he was unable to pick out the unmarked Jonny Frazer in the middle. Glentoran upped their game and persistence from Marcus Kane allowed the Glentoran captain to put a decent cross to the back post. Birthday boy, Elvio Van Overbeek was there and was unlucky to see his header come back off the post. 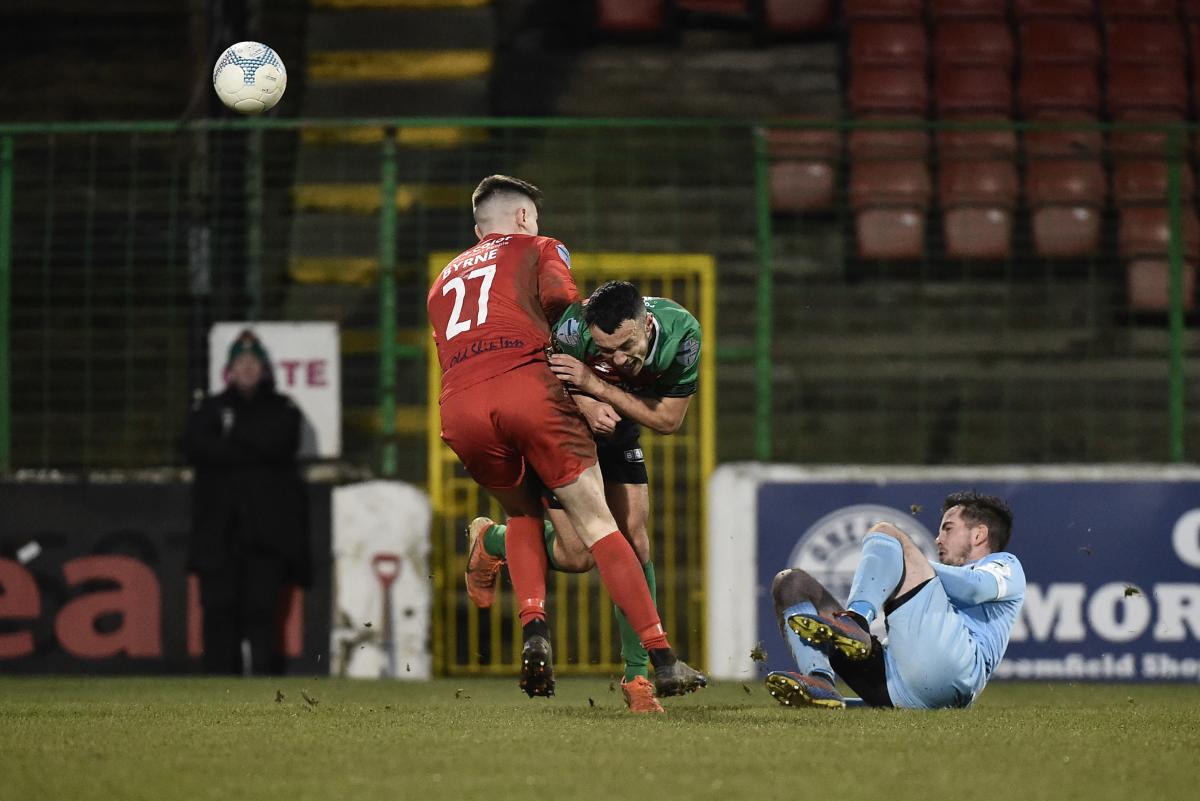 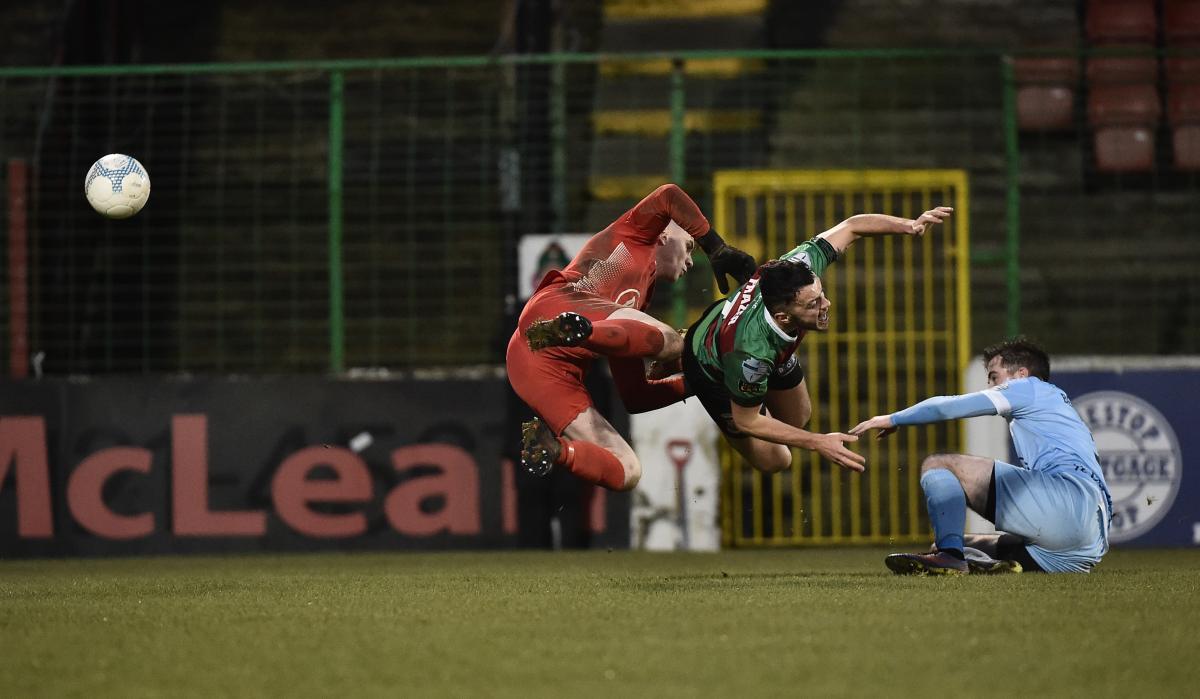 Just when it looked like being both a frustrating and disappointing afternoon for the Glens, substitute Jonny Frazer was once again the man to turn the course of the game. Last weekend our number 7 won a late penalty which kept us in the Irish Cup. Today his electric pace saw him reach a forward pass from Hrvoje Plum. Frazer had beaten Emmet Bennett but 25 yards from goal he was taken out by goalkeeper Mark Byrne. Referee Jamie Robinson had no hesitation in awarding Glentoran a free kick and showing Byrne a red card. 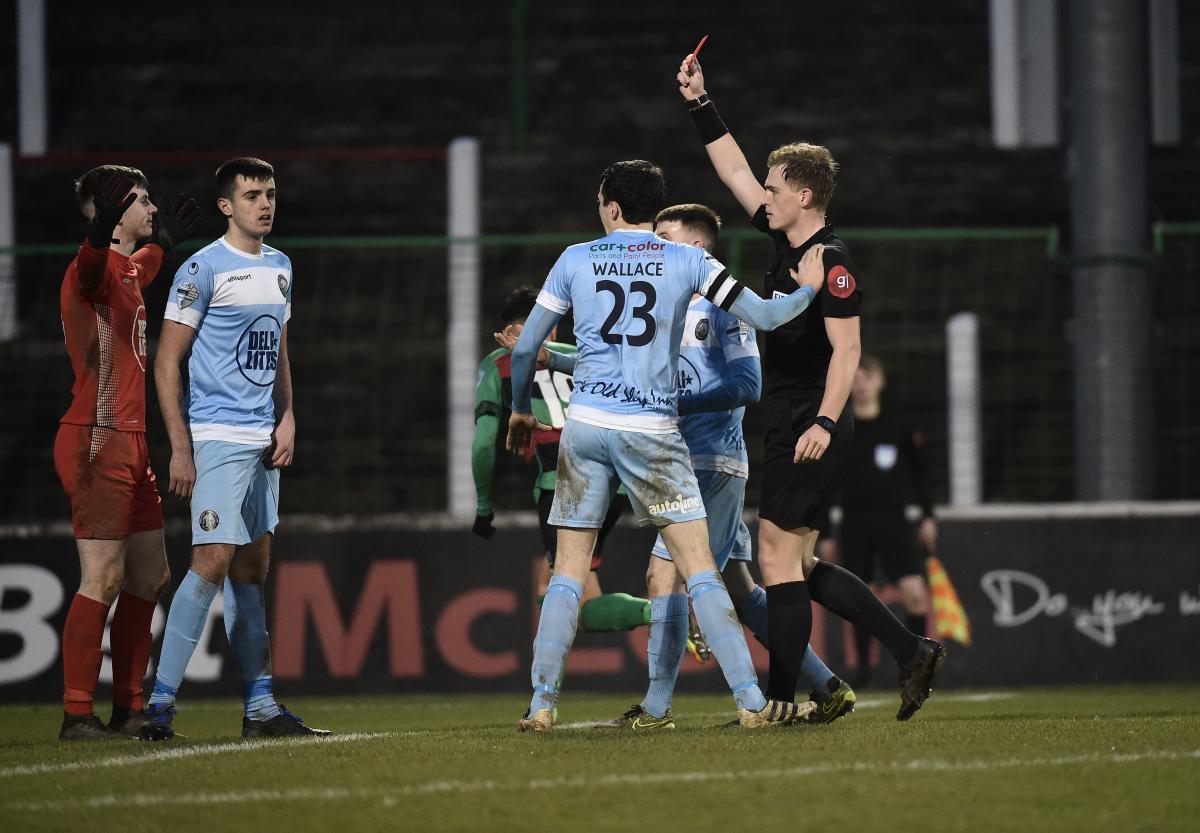 Before the set piece could be taken 'Point made a substitution, replacing Doyle with substitute keeper, Berraat Turker. Turker did well to save Plum's free kick but when the clearance fell to Chris Gallagher he fired it back into the danger area. Again it was cleared but this time to Hrvoje Plum. The Croatian midfielder calmly played it to Robbie McDaid and he slotted it home from 7 yards out. 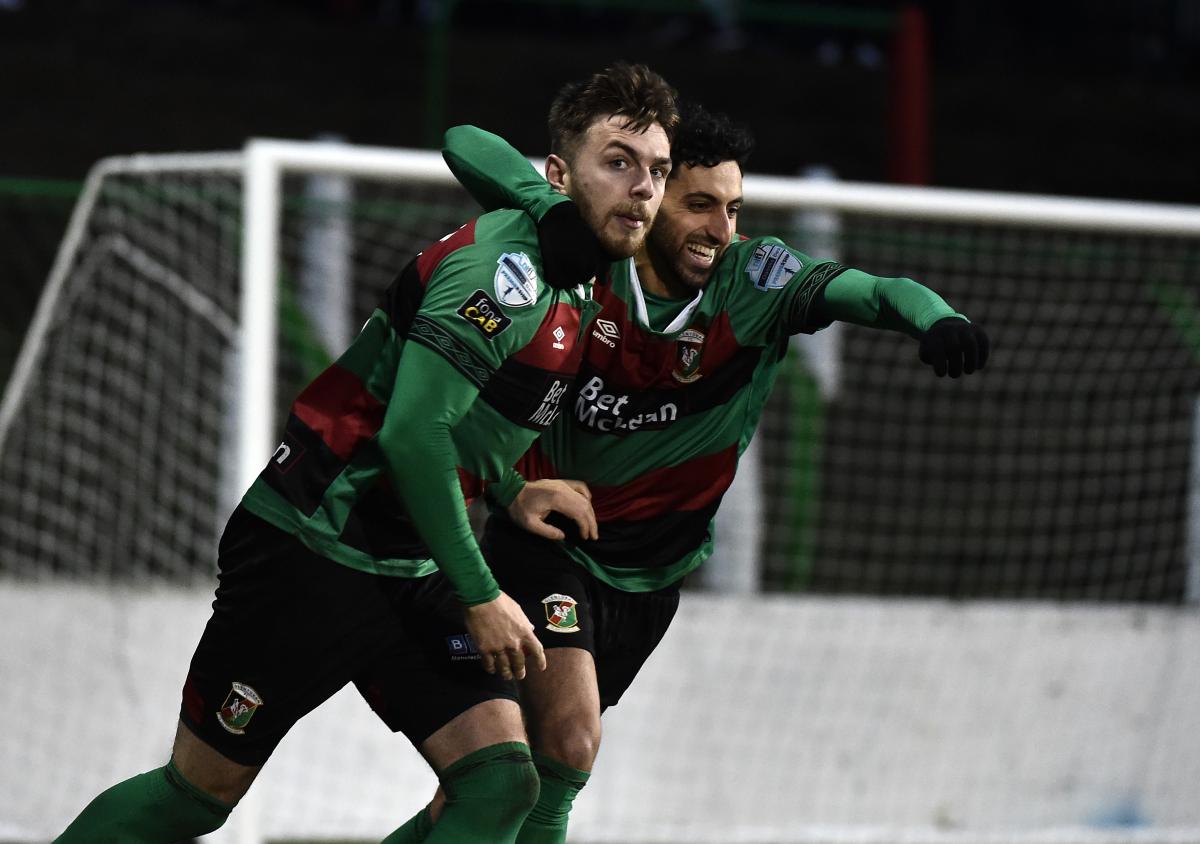 Glentoran, with the scent of victory in their nostrils pushed forward looking for a winner. On 76 minutes they won a free kick 25 yards from goal.......you know the rest! Up stepped Plum and keeper Turker could only watch on as the ball cleared the wall and found the back of the net. 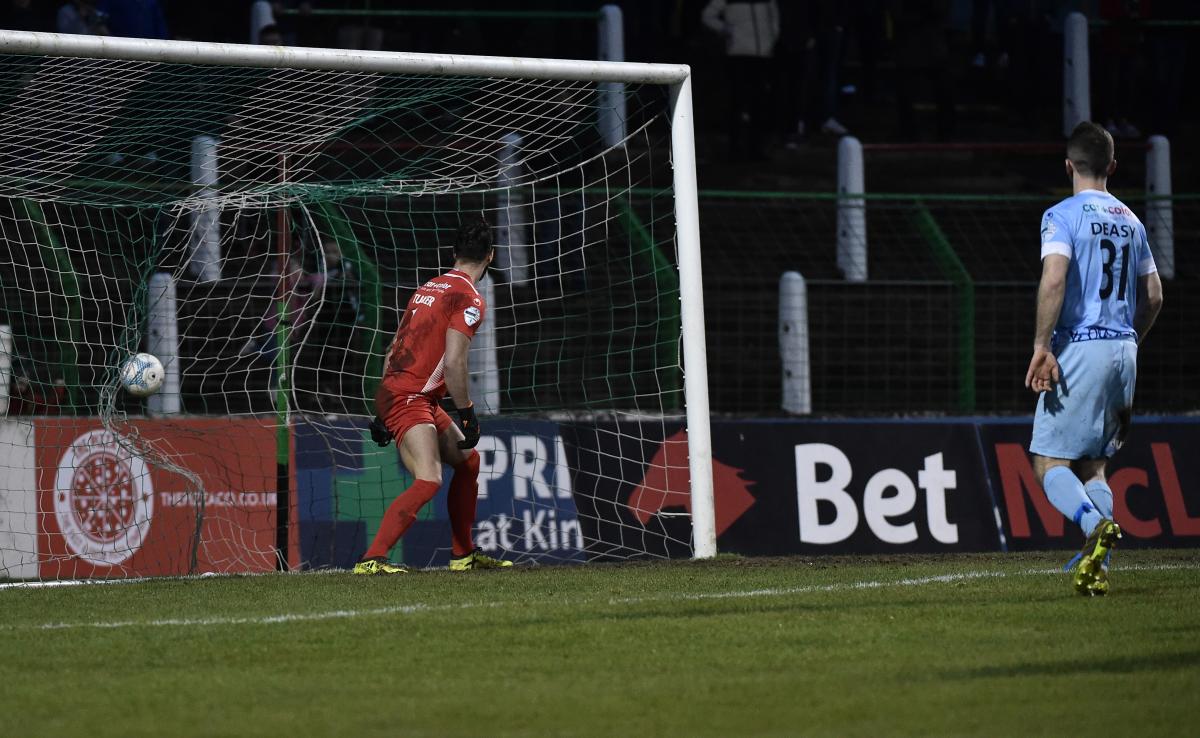 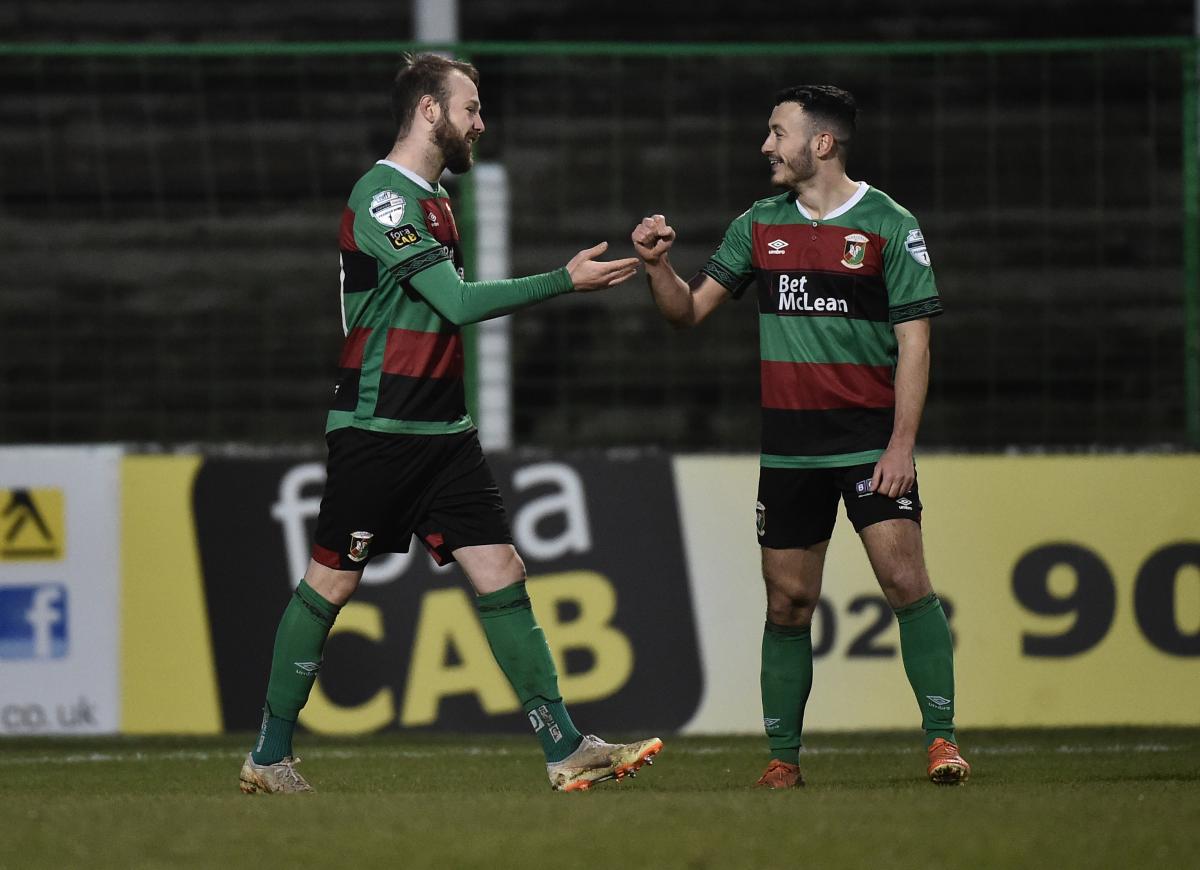 The Glens pressed for a third but it didn't arrive. No matter, the team had once again dug deep and found a way to collect maximum points. Next up is a trip to the Maiden City to face Institute. 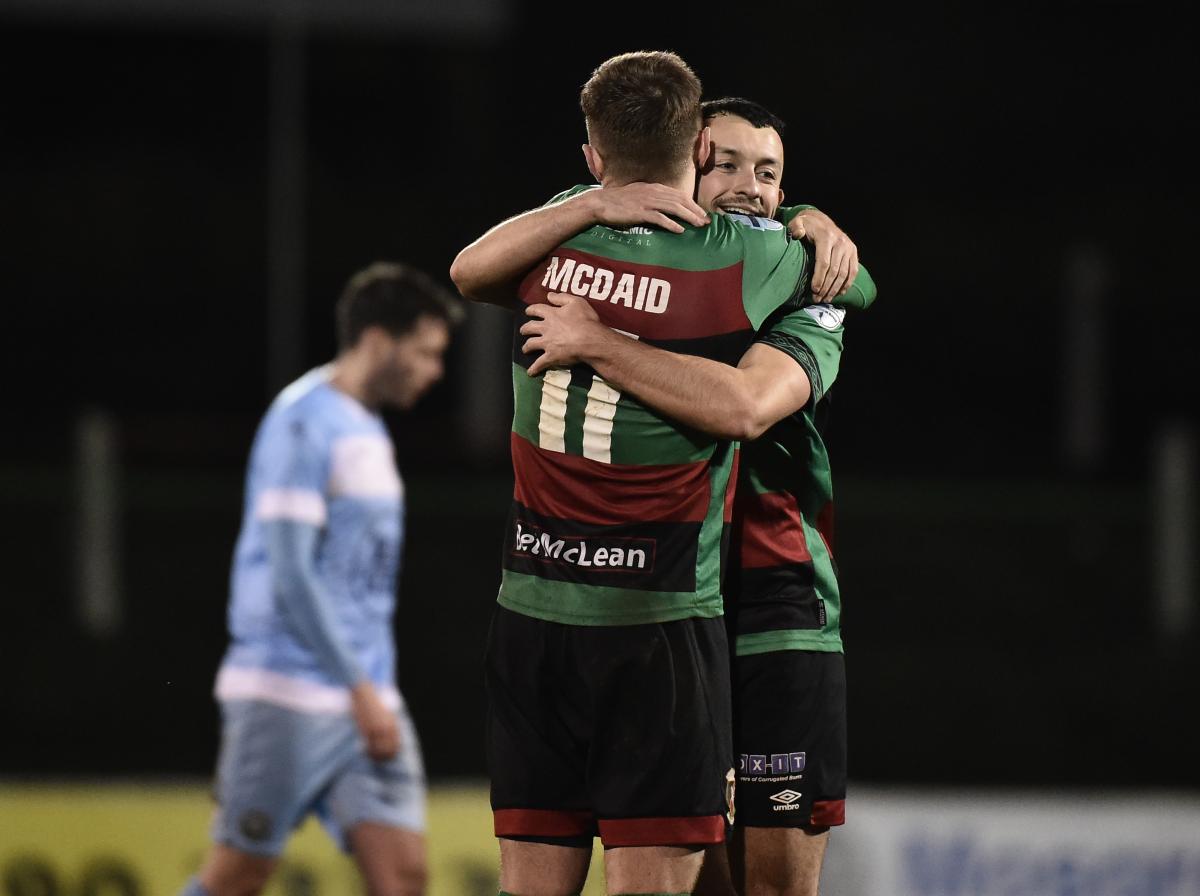