Glentoran made heavy weather of this County Antrim Shield tie as two late Curtis Allen goals saw us through to the second round after Queen's had taken a half time lead.  Ronnie McFall resisted the temptation to make wholesale changes to the side that defeated Newry City, with the injured Robbie McDaid replaced by Sam Byrne and James Ferrin making his first appearance of the season against his former club in place of Willie Garrett. 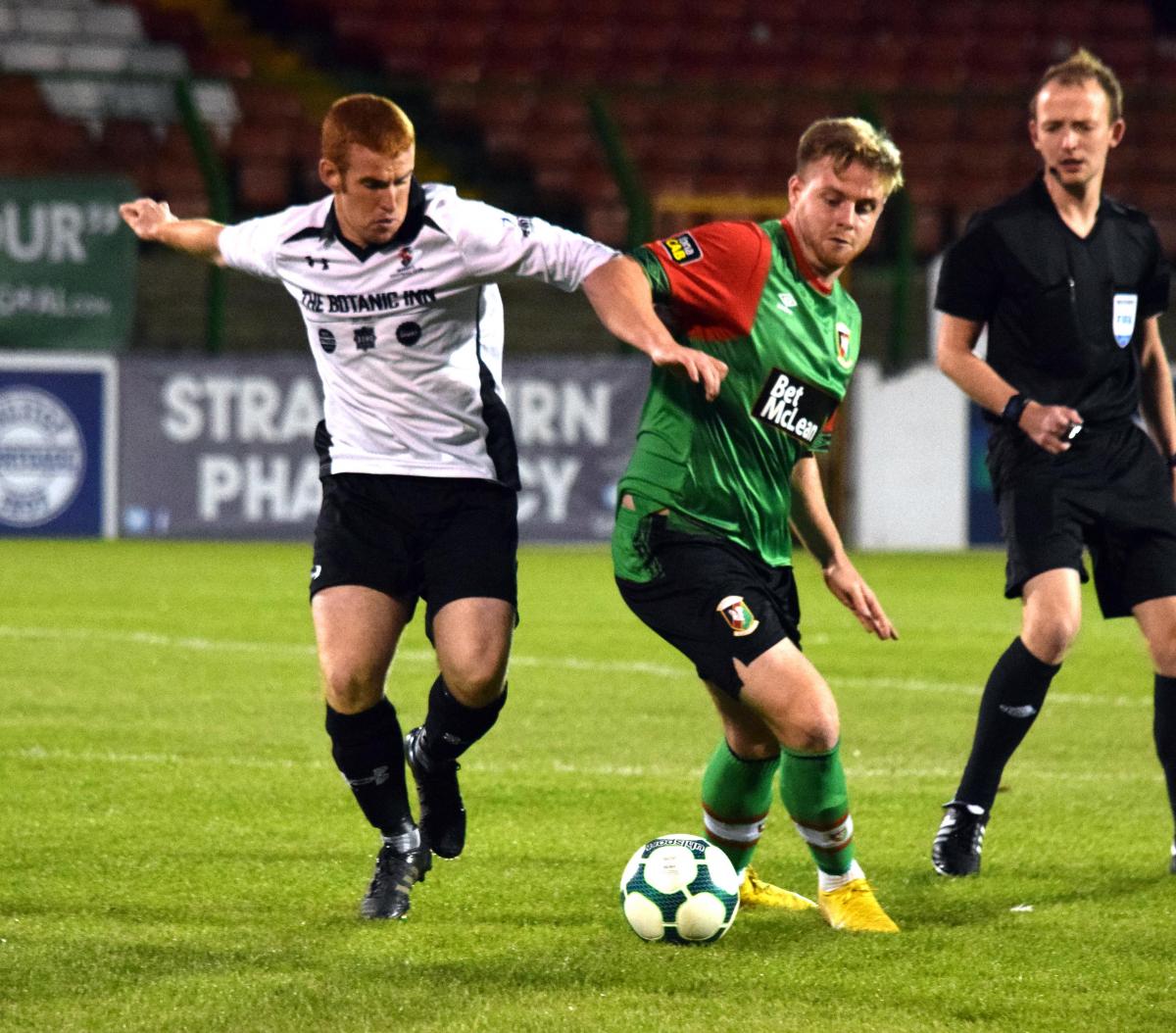 Having lost 3-0 at the same venue on Saturday against our second string in the Steel and Sons Cup, it was understandable that the students would want to keep things tight.  Ryan McCready ploughed a lone furrow up front as Queen's got men behind the ball in a successful attempt to frustrate the home side.  The Glens enjoyed the bulk of the possession but were unable to find the final pass to really test the visitors' defence.  Queen's keeper Declan Brown did pull off a great save from John McGuigan after 11 minutes but wasn't really tested otherwise, the Glens only other effort of note a John Herron header just over the bar from a Ross Redman free kick.  At the other end there was little action for Elliott Morris, his only save a comfortable one from a Ronan Young free kick. 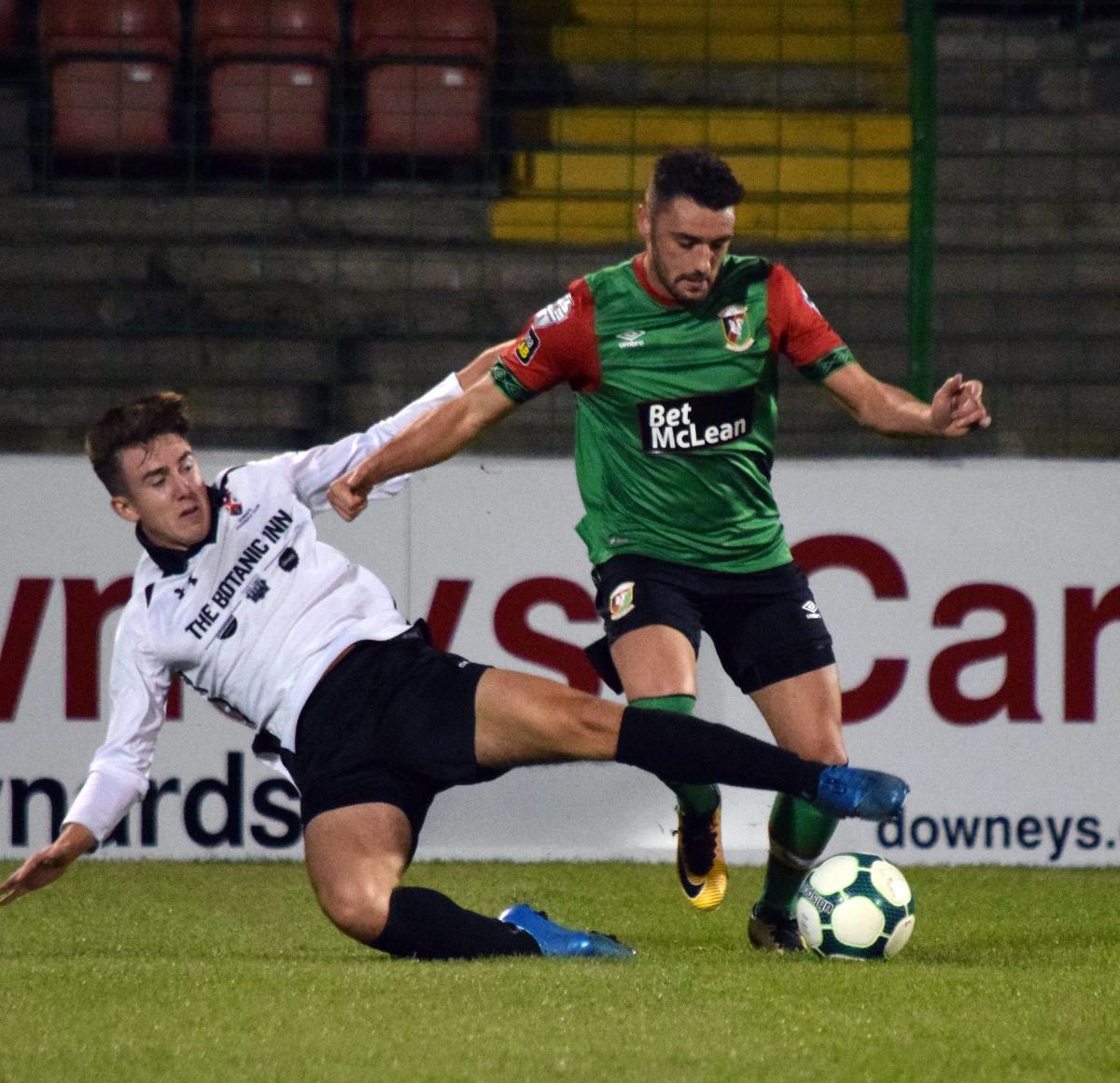 It was a frustrating first half for the home fans but things were to get even worse as the half time whistle was about to blow.  A long throw into the area was not properly cleared by the Glens' defence and the ball fell to Christopher Middleton 16 yards out who drove the ball through a crowd of players and past a helpless Elliott Morris.

Most would have expected the Glens to come out with all guns blazing in the second half but the game continued to follow the same pattern with the Glens creating little despite dominating possession.  Indeed the closest we came was down to a Queen's mistake, centre back Thomas Grimley slicing horribly in his own area and bringing a great save from Brown after 54 minutes.  Brown was in action again midway through the half when he saved well with his feet from a powerful Marcus Kane header.  When this chance went begging the feeling amongst the crowd was that it wasn't to be our night, but with 16 minutes left the breakthrough came.  John McGuigan picked up the ball from a throw-in and turned superbly in the box to cross and set up Curtis Allen for an easy close range finish.  McGuigan himself almost put us ahead shortly afterwards but his header was again well dealt with by Brown.  The Glens were at last starting to exert some real pressure on the Queen's defence with Ross Redman and substitute Dylan Davidson sending some dangerous balls into the box.  Eventually with six minutes left the ball broke to Curtis Allen who had found space 8 yards out and he cutely back-heeled the ball past Brown, his 99th goal for Glentoran.  There was a late flurry from Queen's which was comfortably repelled and the final whistle went with a feeling of relief around the stadium rather than satisfaction with the performance. 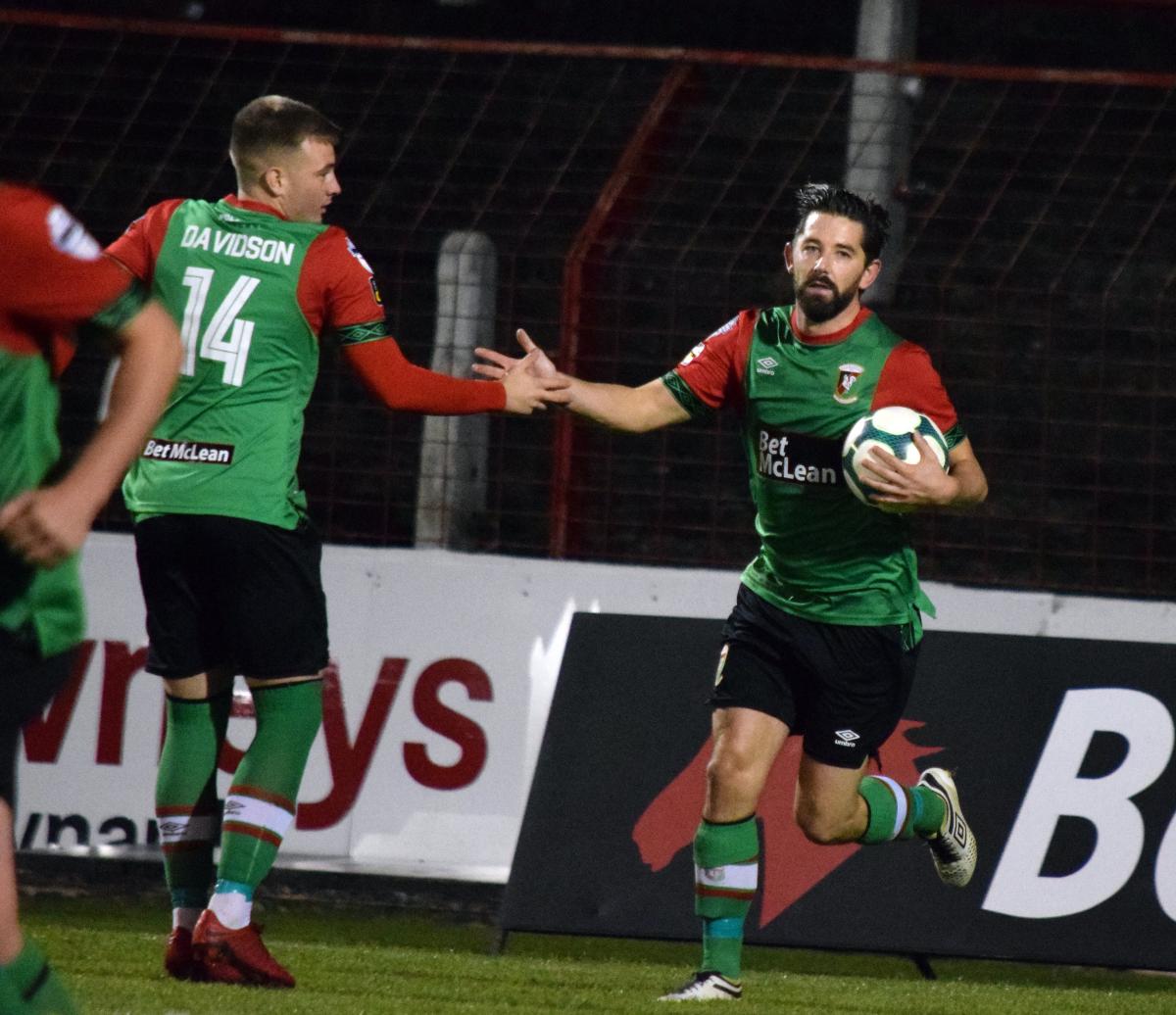 Credit Queen's with putting up a fighting display against the odds, but Ronnie McFall and his coaches will be looking for a much improved display this Saturday as Institute visit the Oval for our next outing in the Danske Bank Premiership. 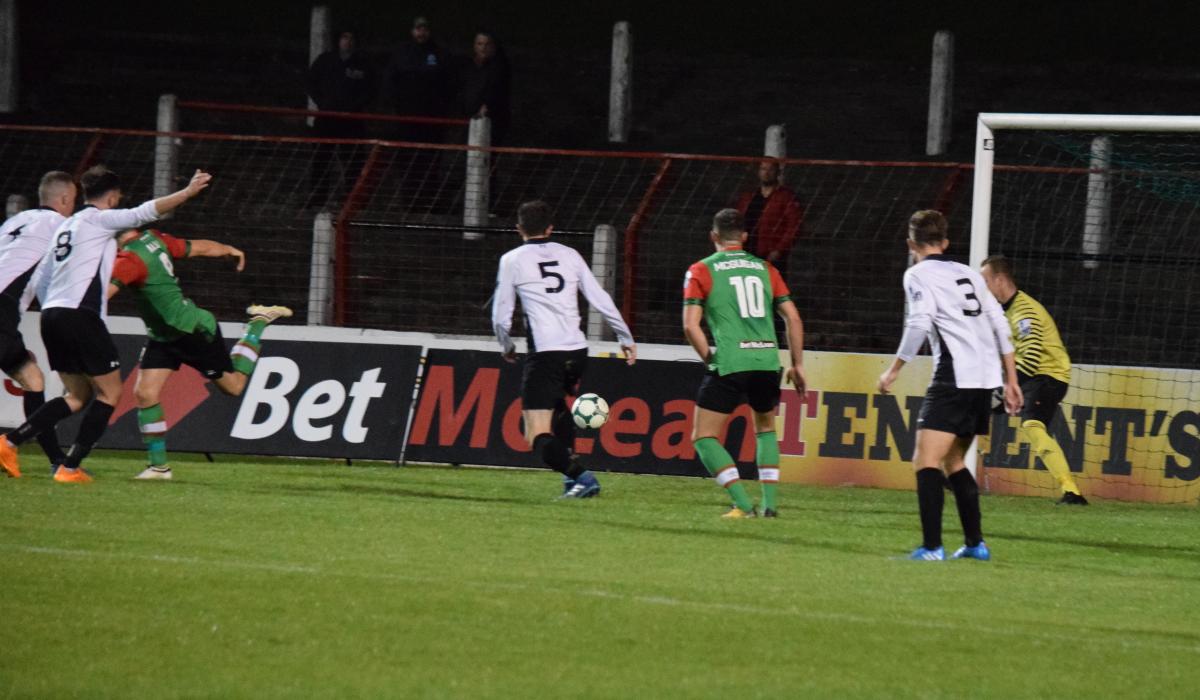