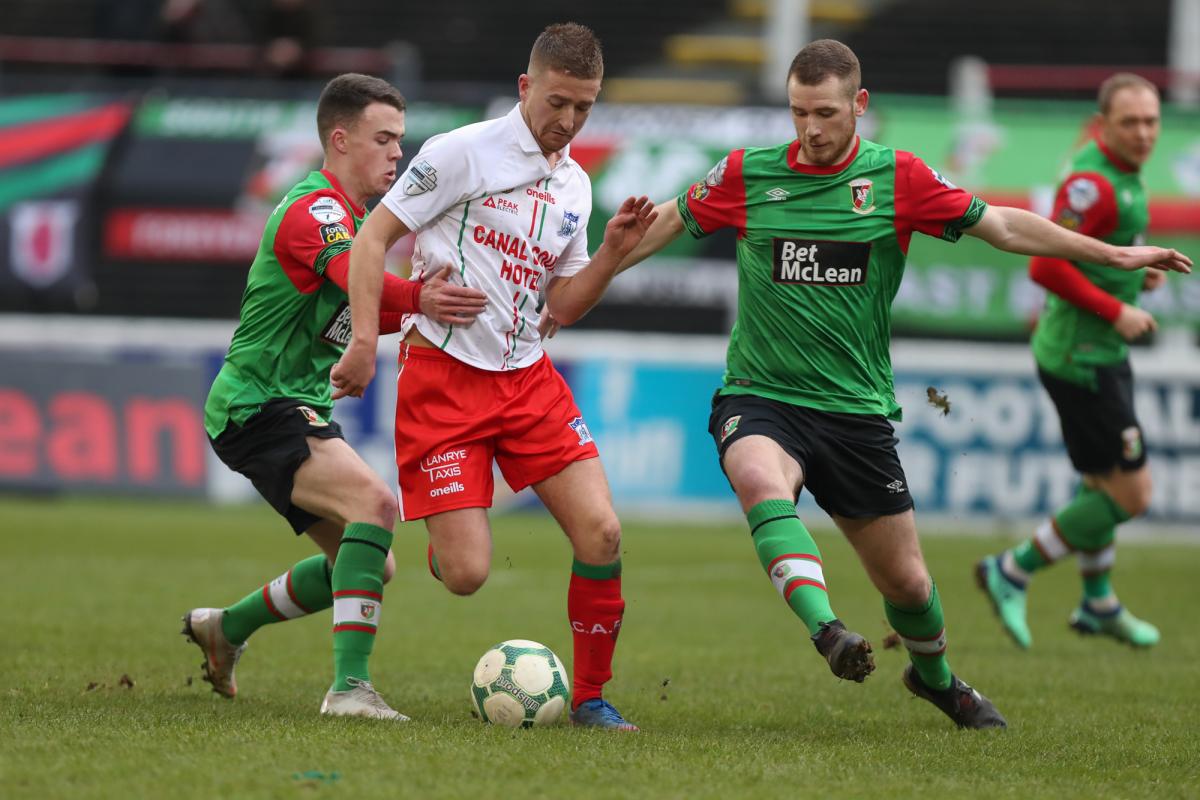 Manager, Gary Smyth stuck with the same team which won against Institute last Saturday and in the first half Glentoran dominated the game but without creating many real goal scoring chances. 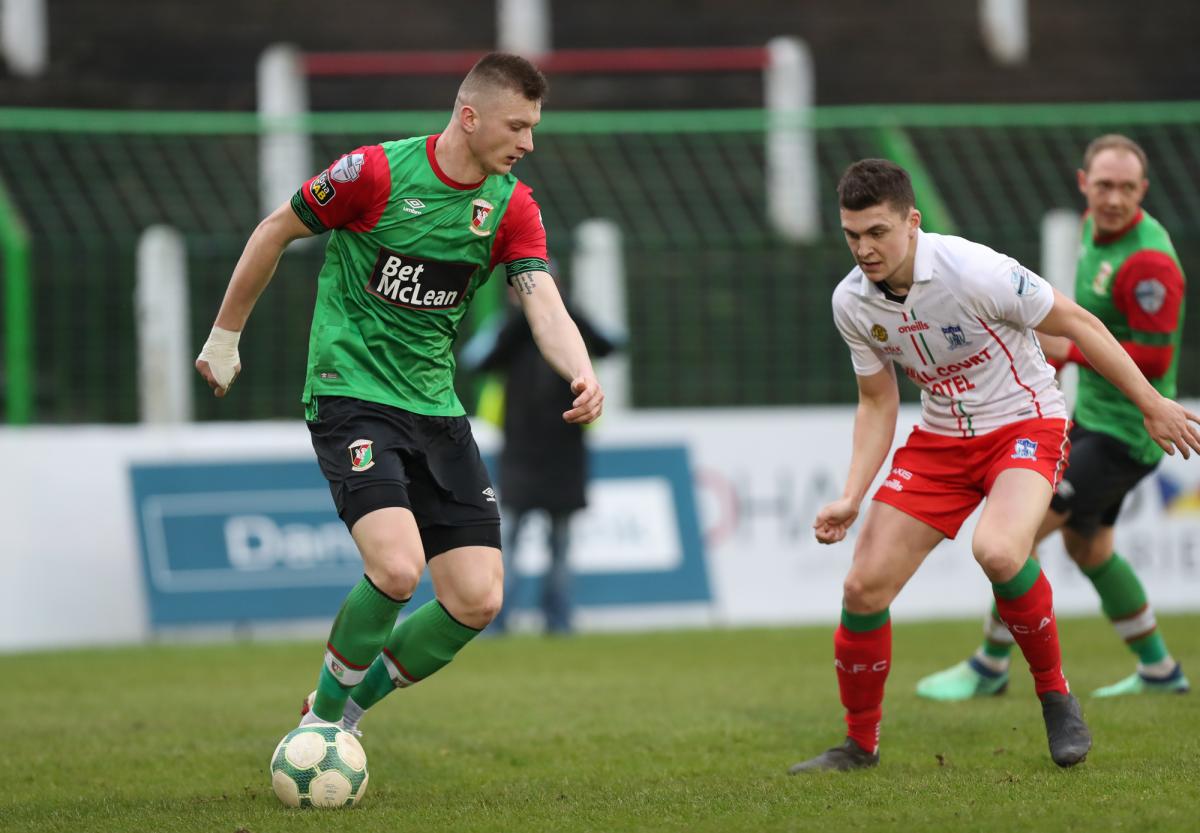 On 17 minutes a foul on Robbie McDaid gave the Glens a free kick 25 yards from goal. Chris Gallagher stepped up and srtuck the ball beautifully but was unlucky to see it hit the bar. A great ball from Luckas Gwiazda found McDaid on 29 minutes and Robbie skipped past a defender before bringing a fine save out of Andrew Coleman in the City goal. A minute later and Curtis Allen saw his cross-shot sliced behind for a corner. Gallagher took it and found McDaid but his header was hacked off the line. 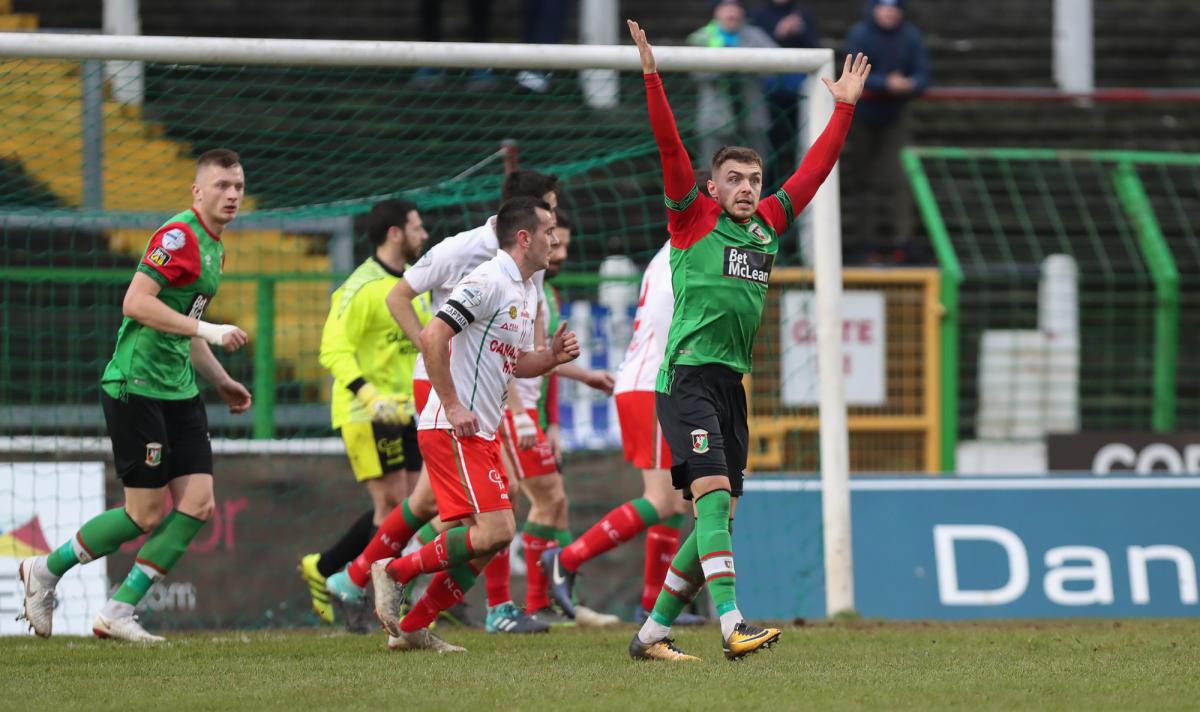 On 38 minutes, completely against the run of play, Newry City went in front. A hopeful punt into the Glentoran penalty box wasn't cleared properly and it dropped to James Walker who found the top corner with a stunning half volley. Glentoran tried to respond quickly and just a minute later Allen got on the end of McDaid's left wing cross but headed wide of the goal. As halftime approached the Glens had two further efforts, both from around 30 yards. The first by Allen was turned behind for a corner with the second, a drive from Nathan Kerr, flying over the bar. 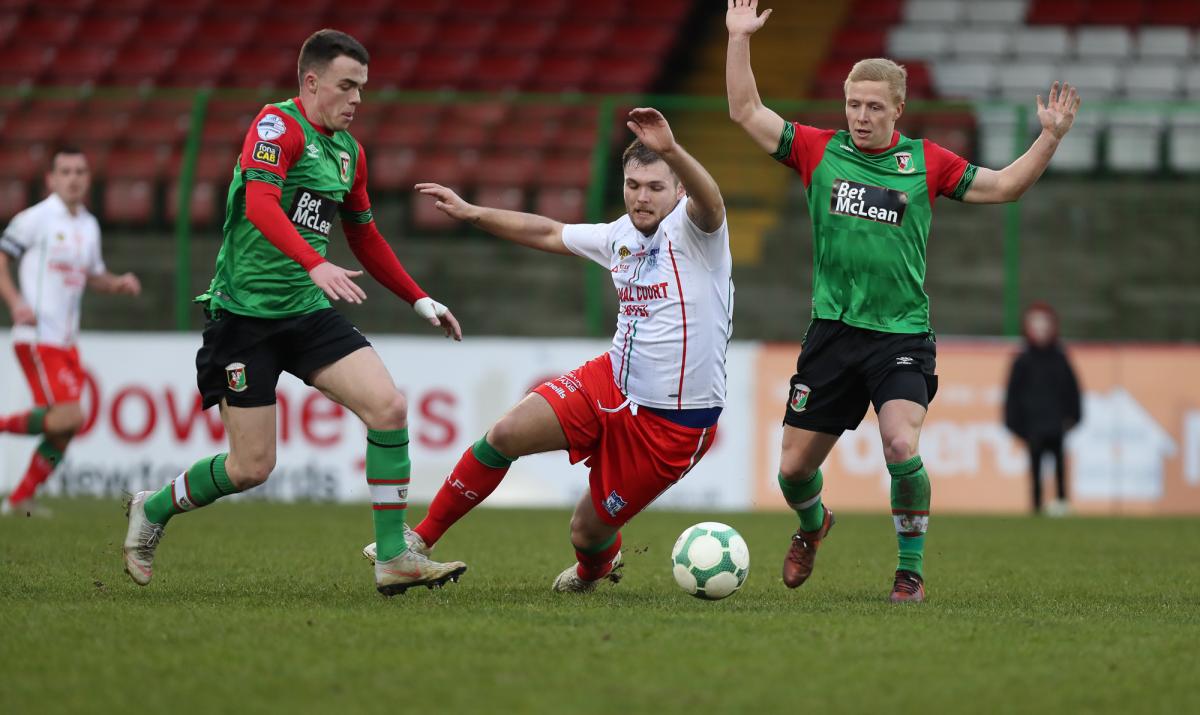 47 minutes and Glentoran's 'Man of the Match' Robbie McDaid created a chance for Luckas Gwiazda but the big Pole headed wide. Curtis Allen then had a free header inside the 6 yard box but headed straight at Coleman. Just after the hour mark a nice move involving McDaid and Gwiazda culminated with Gwiazda teeing up Chris Gallagher. Gallagher's shot looked goal bound but a slight deflection off Curtis Allen took it just over the bar. With 20 minutes remaining the excellent Gallagher had another free kick effort narrowly off target before being replaced by John Herron. 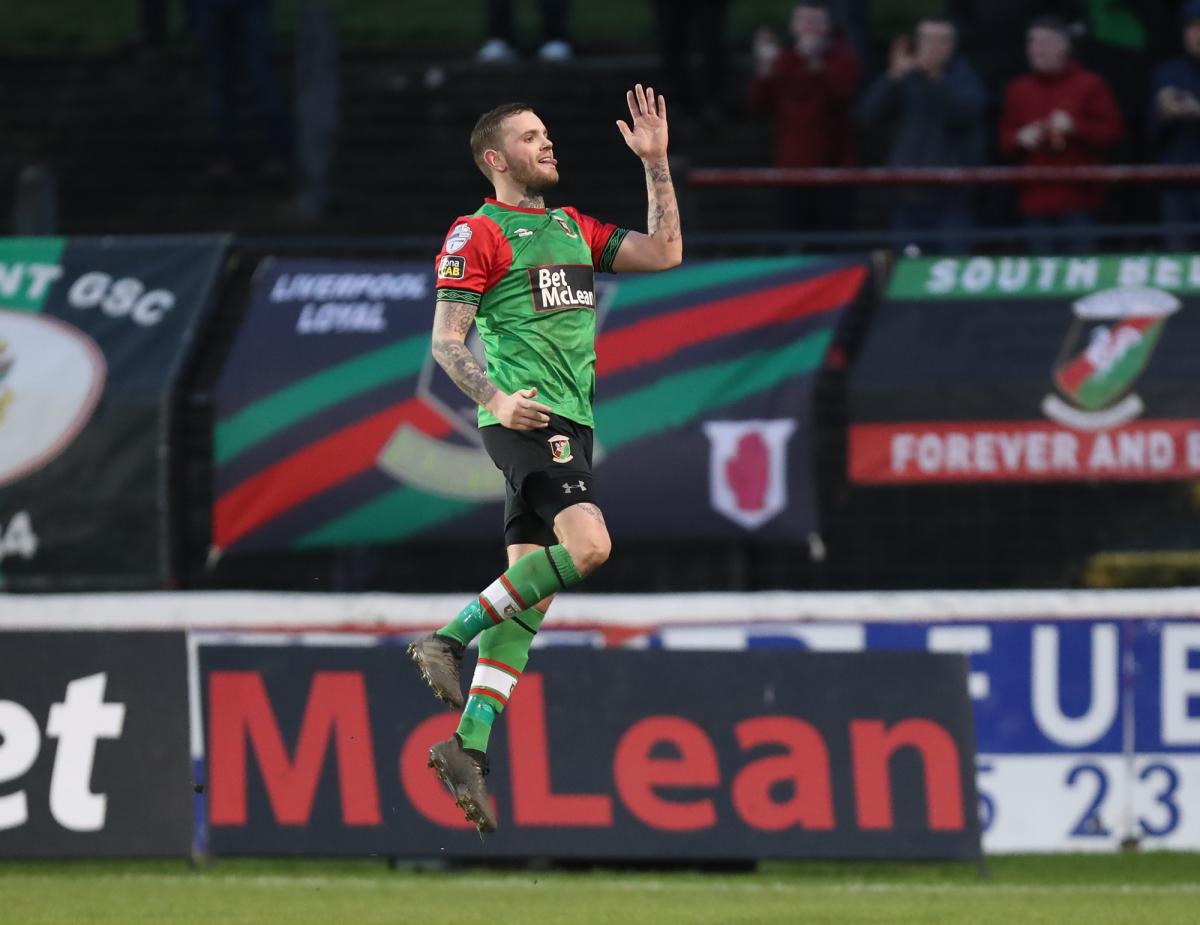 On 73 minutes Glentoran drew level. Robbie McDaid won the ball on the right touchline right on halfway. The Glentoran number 11 then outpaced the visiting defence, driving forward and putting in a delightful cross to the back post which was bundled home by Darren Murray. It was Murray's first goal for the Glens and it gave the home side a big lift as they went in search of a winner. Following an effort from McDaid which flew wide, substitute John Herron went close with a spectacular volley following McDaid's cross. 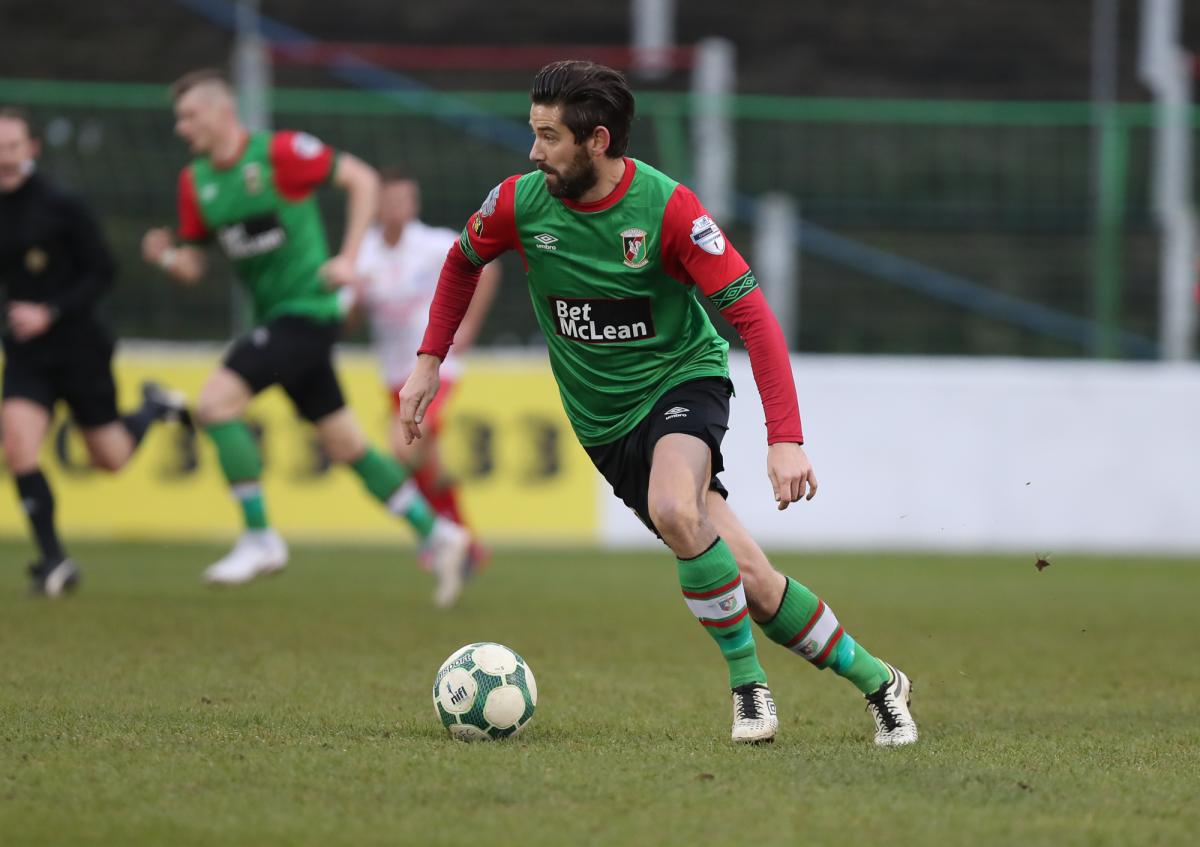 The winner arrived on 86 minutes and although it was a scrappy affair, it was fully deserved on the balance of play. Joe Crowe found Luckas Gwiazda and his sublime clip put McDaid free on the right. Robbie's low drive was turned into his own net by Darren King.

The win takes the Glens to within 2 points of seventh placed Institute who lost for the second week running. Glentoran also have a game in hand. 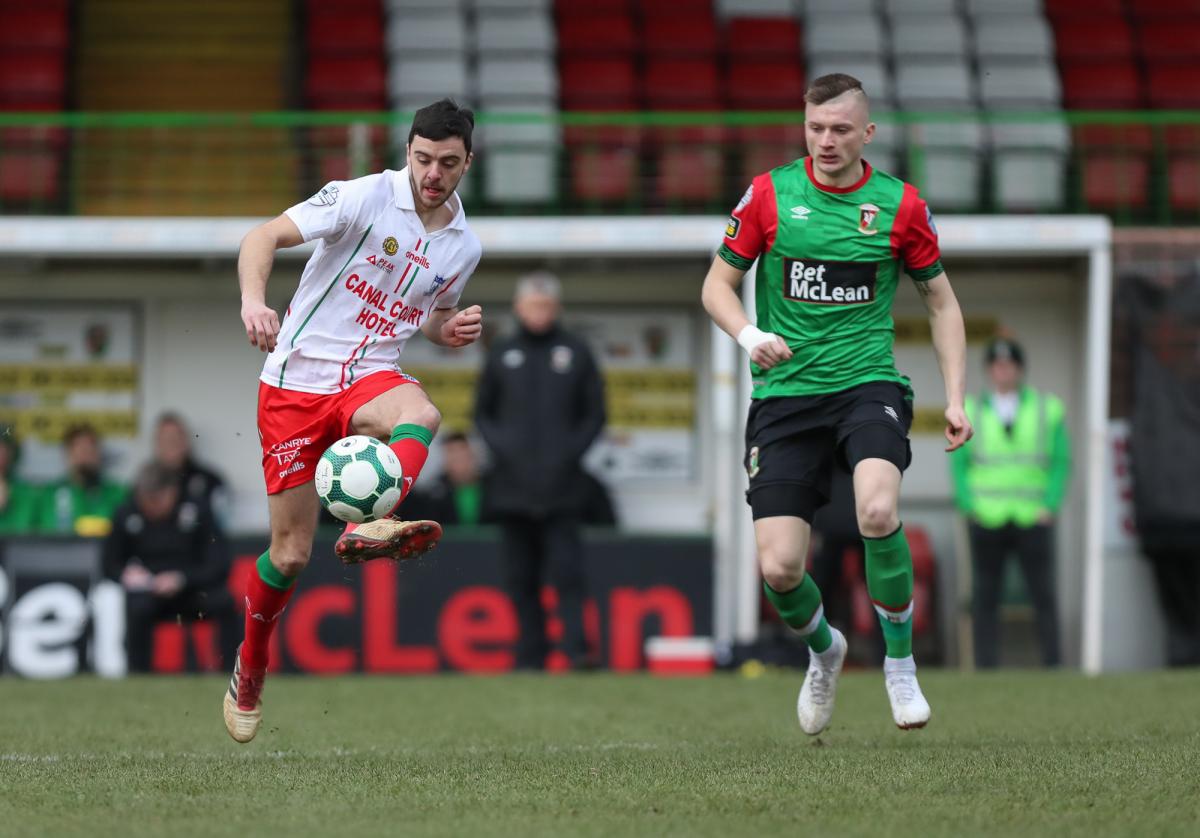 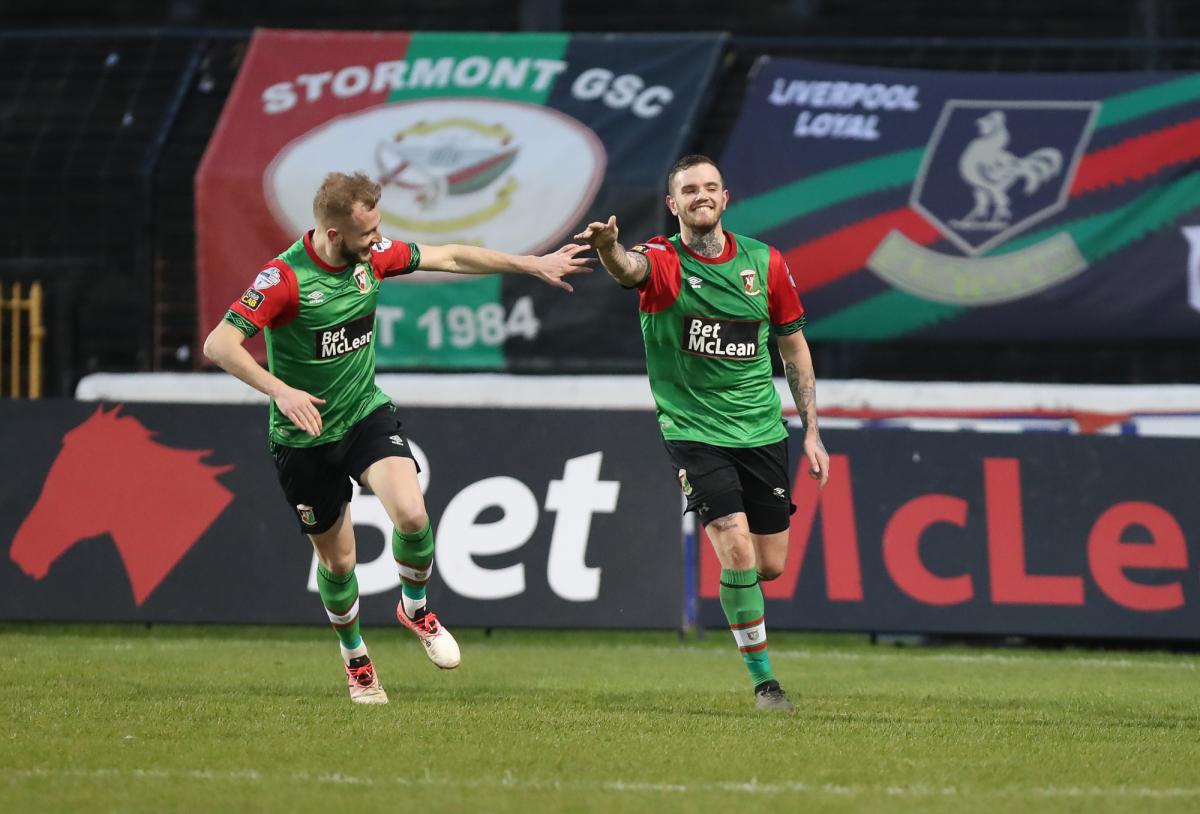