A frustrating evening for Glentoran culminated in a 2-1 extra time defeat to Irish League champions Crusaders on Tuesday night. The Glens were largely the better side throughout and undoubtedly created more clear cut openings than their opponents, however they coughed and spluttered in front of goal leaving the Oval faithful shocked at how their team lost the tie.

Glentoran started well and could've been ahead with just three minutes on the clock as Alex Leu burst clear of the Crues' backline, only to see his effort blocked by Michael Dougherty in the visitors' net. Five minutes later and Craig McLean almost directed Foley's corner into his own goal, but again the Hatchetmen survived, before Jonny Smith sliced an effort wide when well placed following another corner.

Either side of David Cushley's threatening drives - both of which blazed just over the bar - the Glens really should've taken the lead on 28 minutes when Nacho Novo got into the box and squared it to Leu only for the Moldovan international, with the goal at his mercy, to play it off the 'keeper and again Crusaders managed to clear. A frantic first half hour was followed by a fairly timid fifteen minutes and the sides - somehow - went in goalless at the break. 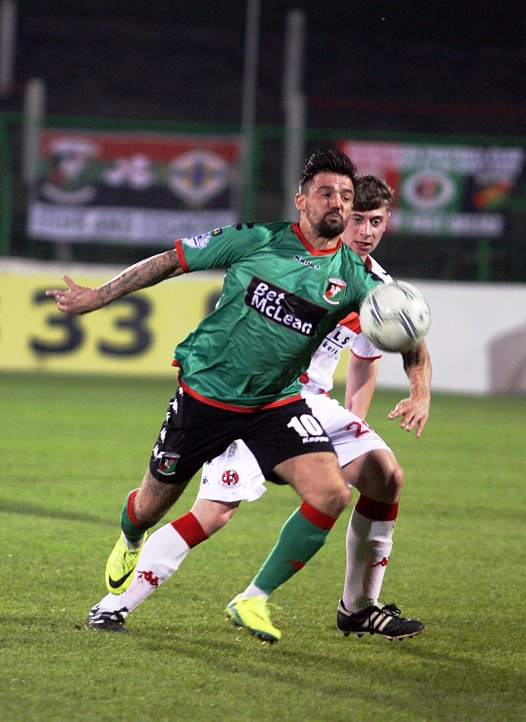 Just a couple of minutes had passed in the second half when Chris Lavery, on as a sub for Novo, shot a stinging drive just wide but it was another story of frustration for Glentoran who wasted good attacking positions despite totally dominating the game. Another effort went begging when Smith slammed his shot over the bar on 58', and after Dougherty needlessly conceded a corner Steven Gordon somehow failed to find the net from just a few yards out.

Smith was starting to tear Crusaders apart and 15 minutes from time, after seeing a previous free kick go straight down the throat of Dougherty, he forced the Crues' shot-stopper into an excellent save. Opportunities for Nelson, Lavery and Caldwell were all passed up with Crusaders mustering little of note in the entire second half and again - somehow - the sides went in level at full time.

Two minutes into extra time Gordon looked to keep the trend up by slamming his effort into the side netting but then - with five minutes to go until half time - disaster struck for the Glens as Cushley pounced on a loose ball and slotted home to undeservedly take the lead for Stephen Baxter's side. 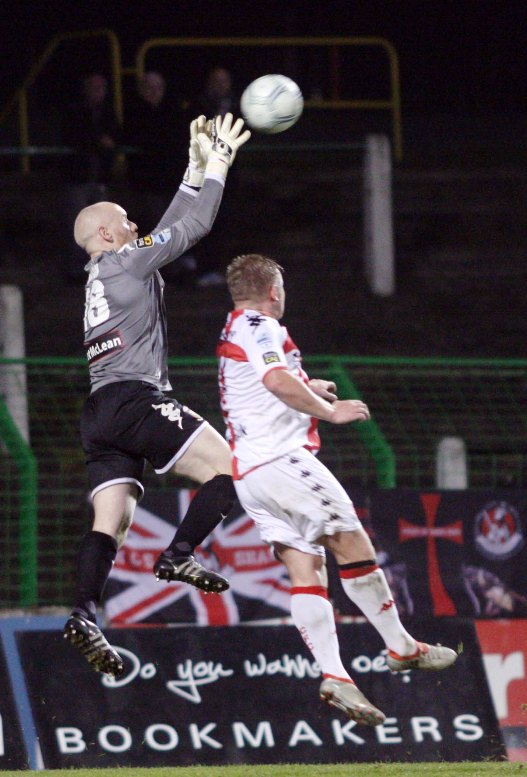 The second period was frantic with Glentoran throwing everything at the Crues' goal and Ciaran Caldwell rocketed a volley off the bar with a few minutes to go, just moments after Gordon headed wide by a fraction of a hair. Indeed, this was to prove to be a night of total frustration for Glentoran when Cushley latched on to a defensive error, squared it to Brandon Doyle who tapped home to wrap the win up. Unfortunately, when Glentoran did finally score it was with the final kick of the game and Gordon's strike will do little to combat the feelings of frustration.

If you don't take your chances you will not win games and that's a lesson that Glentoran learned, unfortunately at the cost of elimination from the County Antrim Shield. On the plus side, it was a good performance where the opportunities were at least created and with a little extra shooting practice it could've been a cricket score. 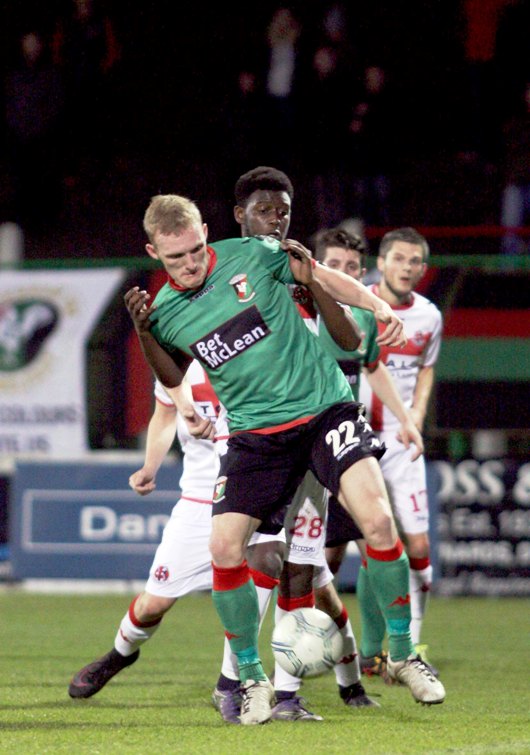