Carrick Rangers came to the Oval today bottom of the Danske Bank Premiership and for the third time this season came away unbeaten after overturning a half time lead to run out 2-1 winners and move above Ballinamallard United into eleventh place. The Glens players put in an insipid, soulless second half performance that epitomised what has been a car crash of a season.

The first half started slowly with the first meaningful chance after nine minutes when John McGuigan broke through the Carrick defence but shot at the keeper as he had no support. Five minutes later McGuigan had to have physio attention for a muscle strain in his back that had repercussions for the team later in the match. McGuigan had our next chance but shot over when put through by James Knowles.

We had plenty of efforts in the first twenty minutes but most were half hearted. The next good chance to take the lead fell to Calum Birney who shot over from a Jonny Addis long throw from the right. Three minutes later Lee Chapman shot across the face of the goal after disarray in the Glens defence. That disarray would emerge again later in the match, to our cost.

The Glens finally took a deserved lead after 29 minutes and for the second game in succession it came from a James Ferrin header. This time James headed home a McGuigan corner cleverly nodded on by Calum Birney. The rest of the first half was uneventful with Glentoran looking relatively comfortable and in control. But the second goal didn’t look like coming at any stage before half time. 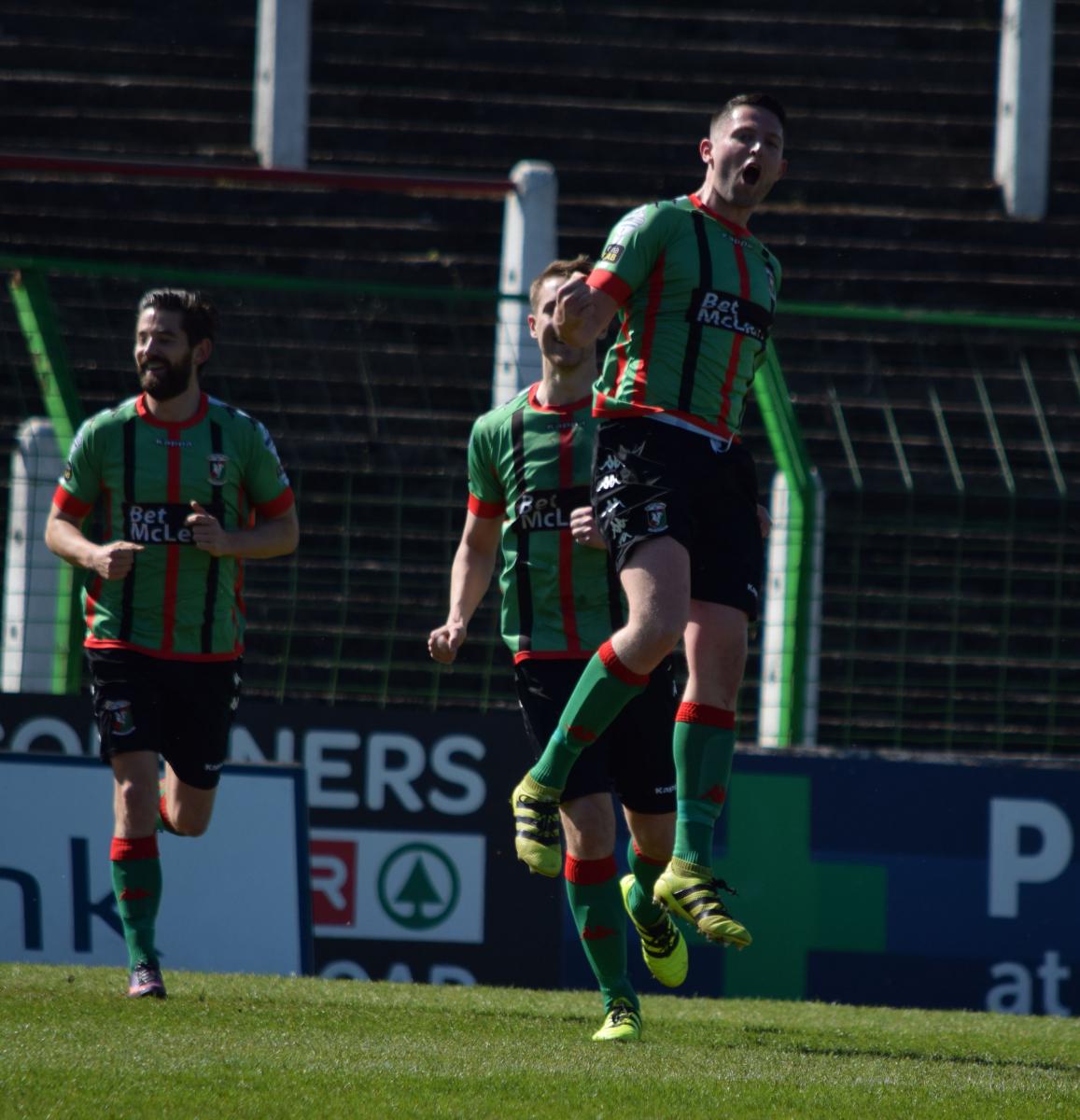 The Glens came out for the second half with Alex O’Hanlon replacing John McGuigan as McGuigan’s back muscle strain was causing him difficulty. That was a pivotal moment in the match as up to that point McGuigan’s link up play had been causing Carrick serious problems. After losing him the Glens’ play lost most of its urgency and we rarely looked like increasing our lead.

Carrick’s equaliser came on 53 minutes and involved two former Glentoran players. Darren Henderson’s speculative long range shot wasn’t held by Elliott Morris and Lee Chapman, completely unmarked when drifting in from the right, was there to slam the loose ball home. Incredibly this was the third time this season that Chapman – a product of the Glens U20s – equalised against his former club! 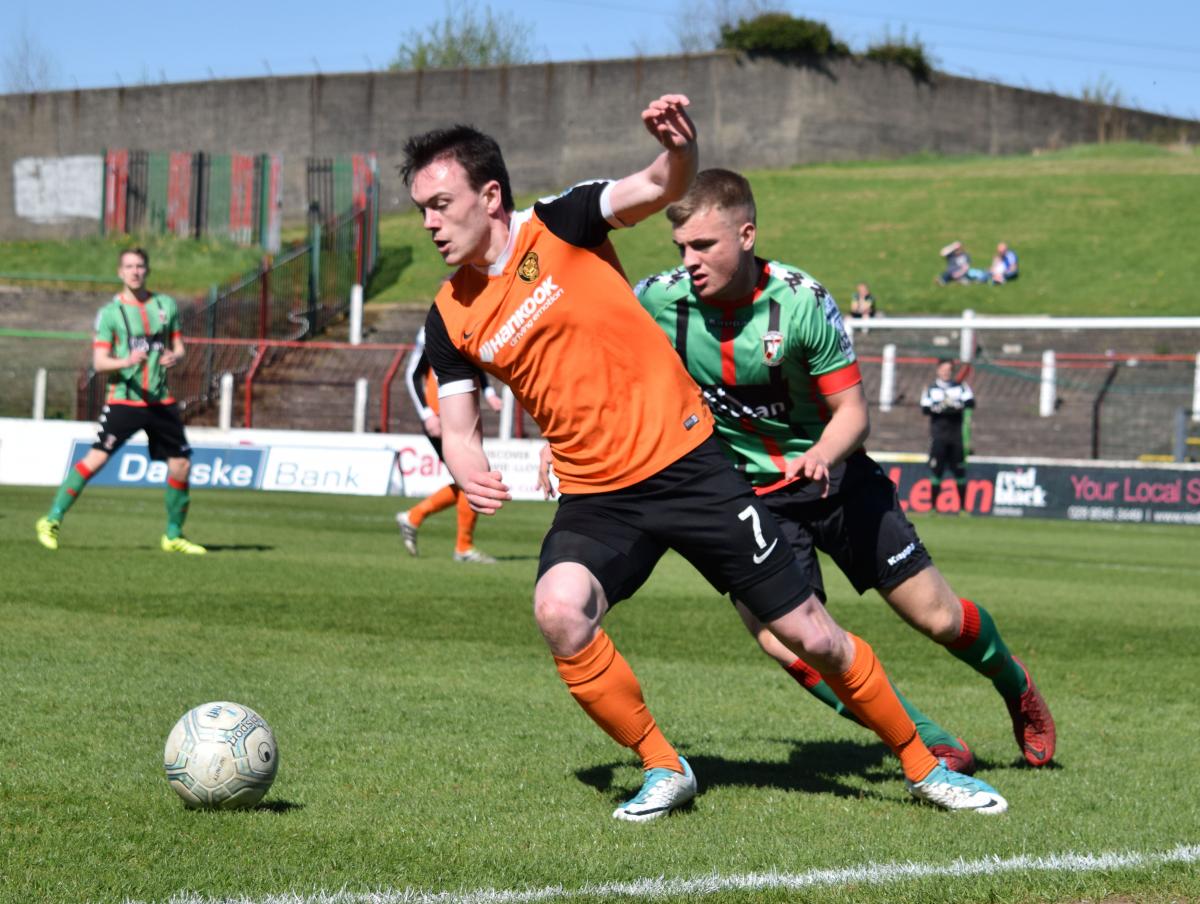 Two minutes later a cross/shot from the right beat Morris but hit the bar. At that point only one team looked like winning the match.

The almost inevitable Carrick winner came after 63 minutes when Ross Redman was dispossessed and the Glens defence simply opened  up for the Carrick striker to pass to the unmarked Eamonn McAllister who finished calmly and easily. Frankly Carrick’s lead was no more than their possession and greater interest in the game deserved.

Later in the game Kelly and Nelson replaced Davidson and Knowles but by that time the match was a lost cause. 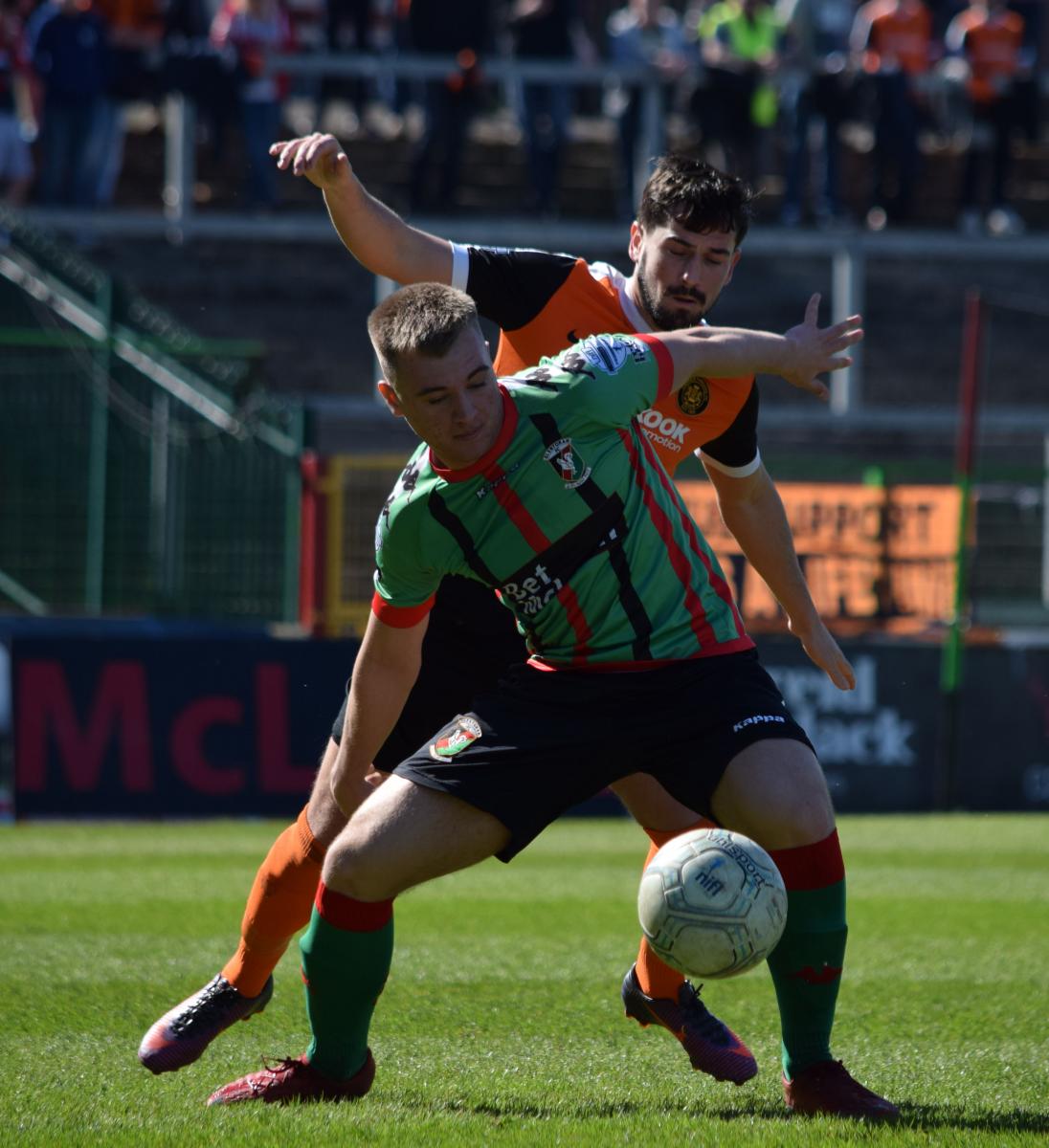 This match could have a big impact on the relegation battle as the three points took Carrick ahead of Ballinamallard on goal difference. Five points from nine against the Glens have gone a long way towards helping Carrick out of the automatic relegation slot with Mallards visiting the Oval on the final day next week. They’ll be wanting the Glens to do them a favour next week but if we repeat this level of performance they can’t rely on it. 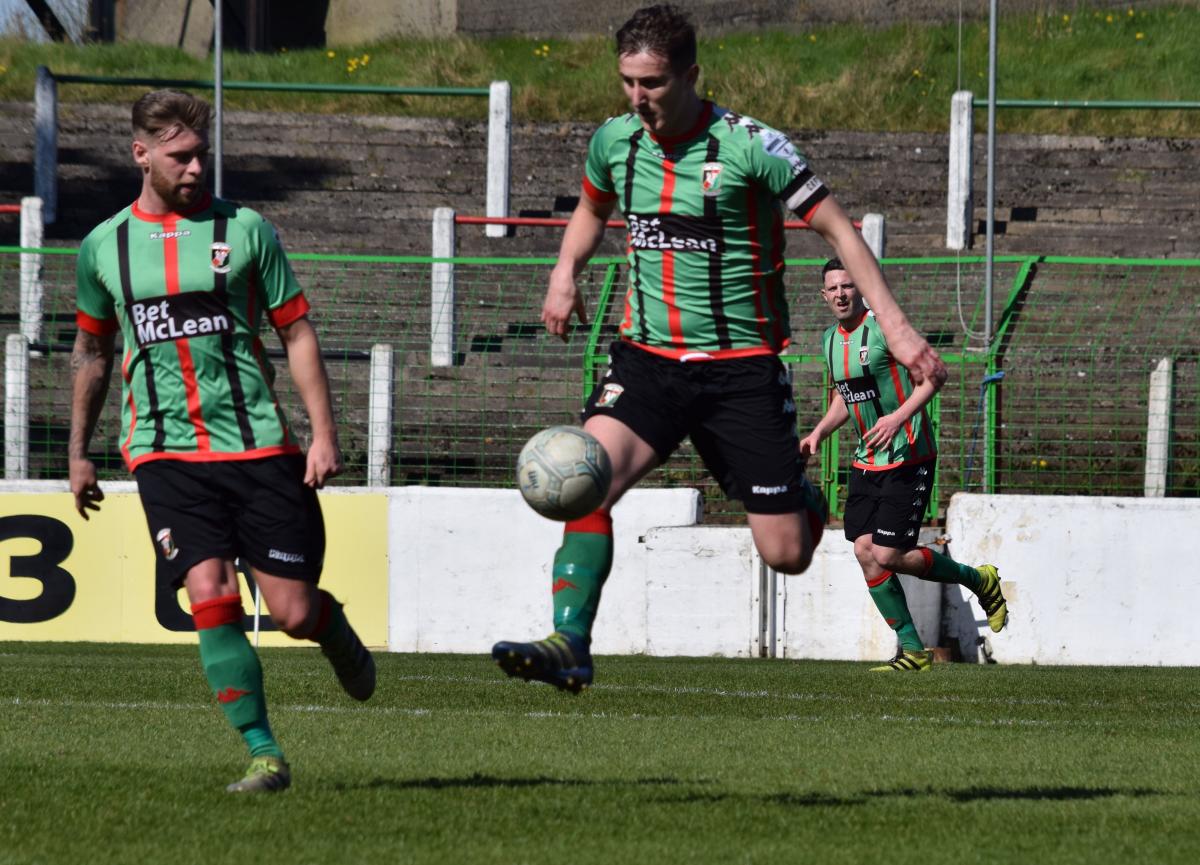