Another disappointing home display and another defeat as Glentoran went down 2-1 to lowly Ards.

The first half saw Glentoran seemingly in control with a lot of possession and a string of corners but ultimately Sam Johnston in the visitors goal had a quiet opening 45 minutes. 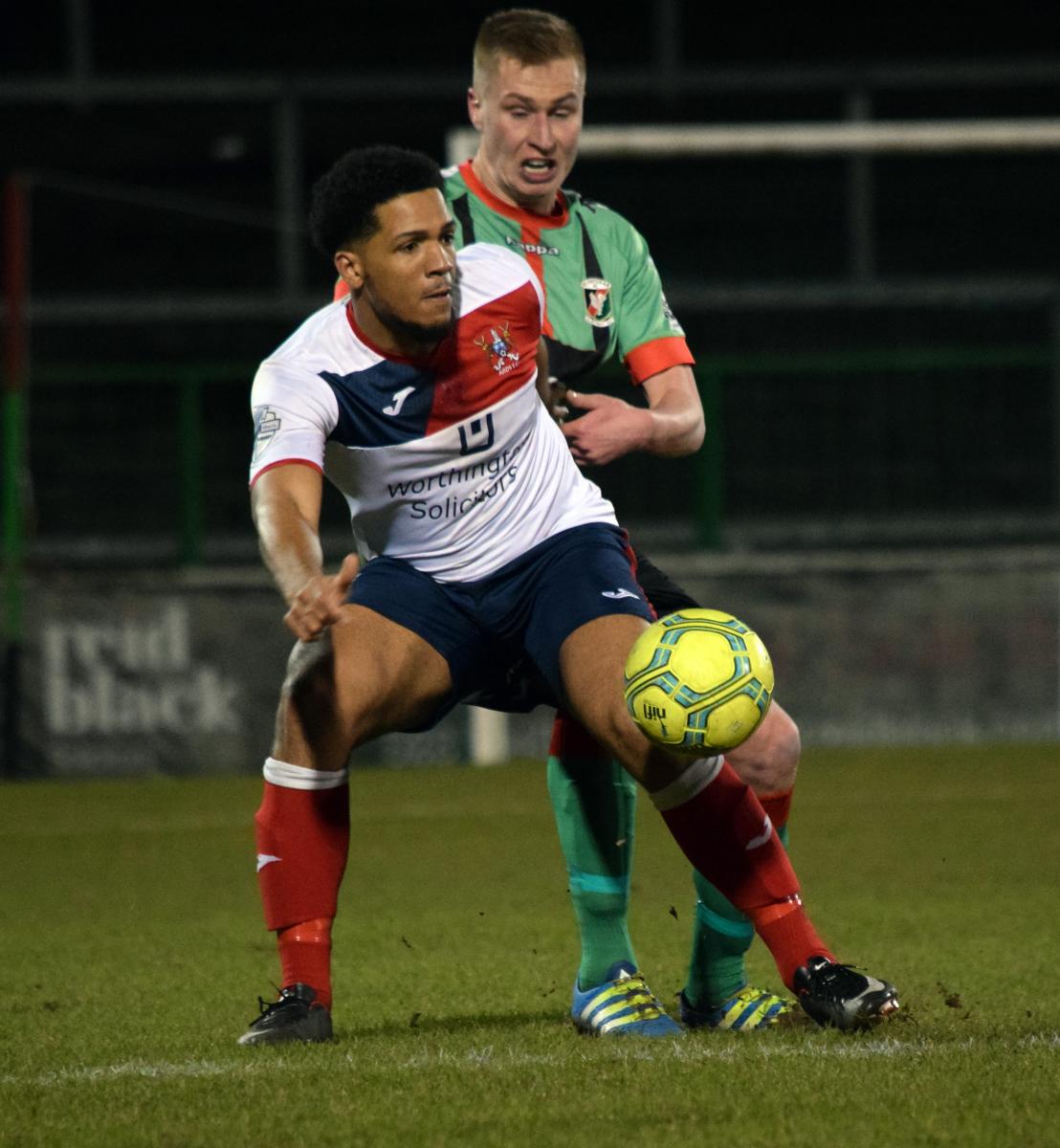 In the opening 15 minutes there were chances for Allen (2), McDaid and Davidson. McDaid had the best of these but his header was straight at the keeper. On 18 minutes the Glens no. 32 was felled in the area as he went past Jonny Taylor. McDaid, a scorer in his last two outings would have had a great chance to make it 3 in a row until Taylor's rash challenge. Referee Boyce, quick to give a soft penalty against the Glens at Carrick last Tuesday night, waved away the claims on this occasion. Following a good chance for Jonah Mitchell, Curtis Allen really should have opened the scoring on 27 minutes. James Knowles provided an excellent cross from the right but Allen's downward header from 3 yards, bounced up over the bar. O'Hanlon and Kane both failed to hit the target with opportunities whilst on a rare foray forward, Keke saw his effort deflected wide for the visitors. 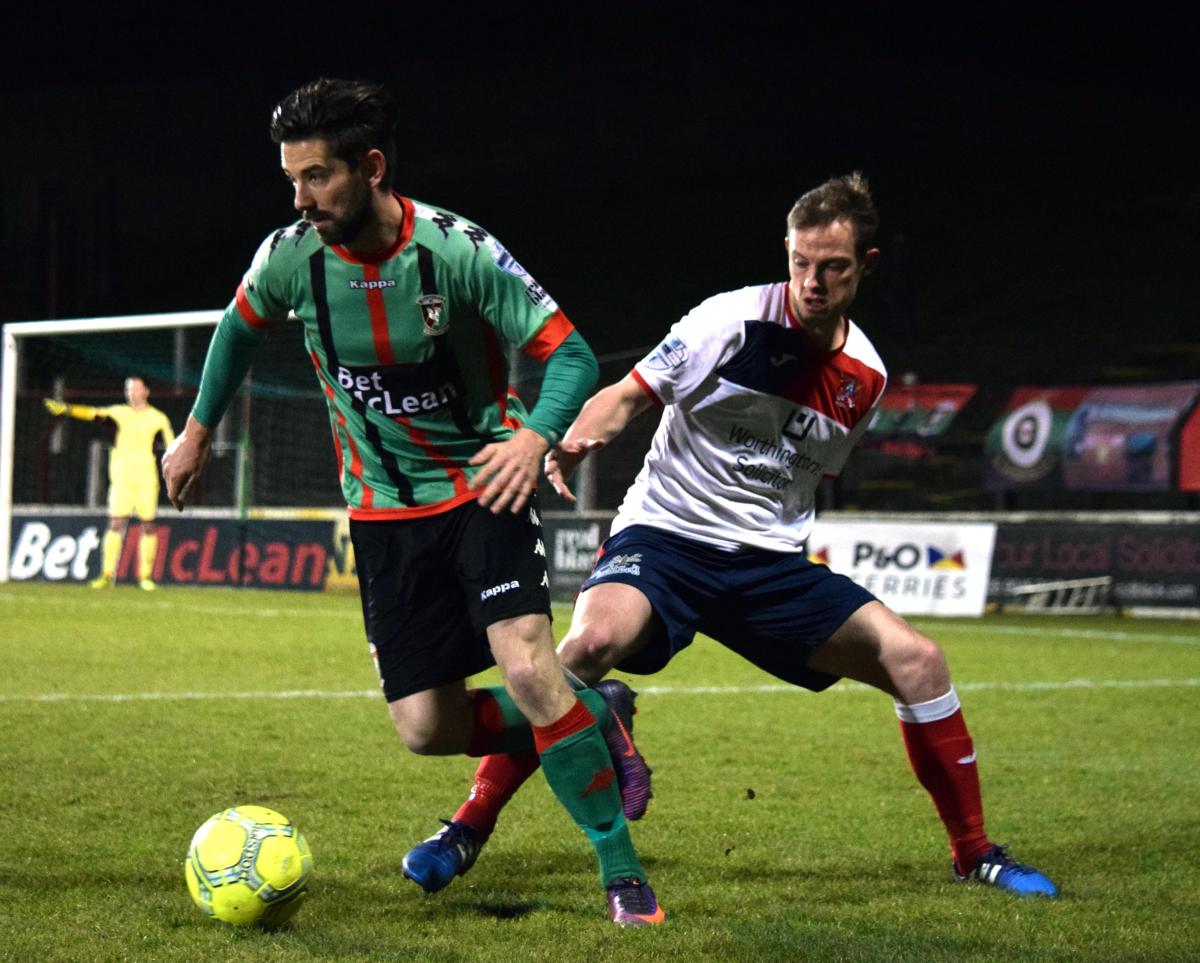 On 55 minutes the injured Calum Birney was replaced by Willie Garrett and just 3 minutes later Ards went in front. A long ball forward from Glendinning saw both Garrett and Addis challenge Stewart. Neither won the ball but Keke exploited the free space behind the 2 centre backs and calmly slotted the ball past Elliott Morris. Keke almost added a second on 68 minutes but Morris was down sharply to turn it behind. From the resulting corner though the Glentoran goalkeeper, making his 682nd appearance, made an uncharacteristic blunder, spilling his catch from the corner and the ball crept over the line. 2-nil to Ards. 12 minutes from time Glentoran pulled a goal back when Knowles put Allen clear and he fired past Johnston for his 16th goal of the season. The Glens, now showing the urgency missing for most of the evening, pressed forward in search of an equaliser. Both Redman and McMahon put dangerous crosses into the danger area but there was nobody in a green shirt able to get a touch. The closest we came to scoring was from a deflected free kick, taken by James Knowles. Sam Johnston though produced an excellent save and Ards held on for the win. 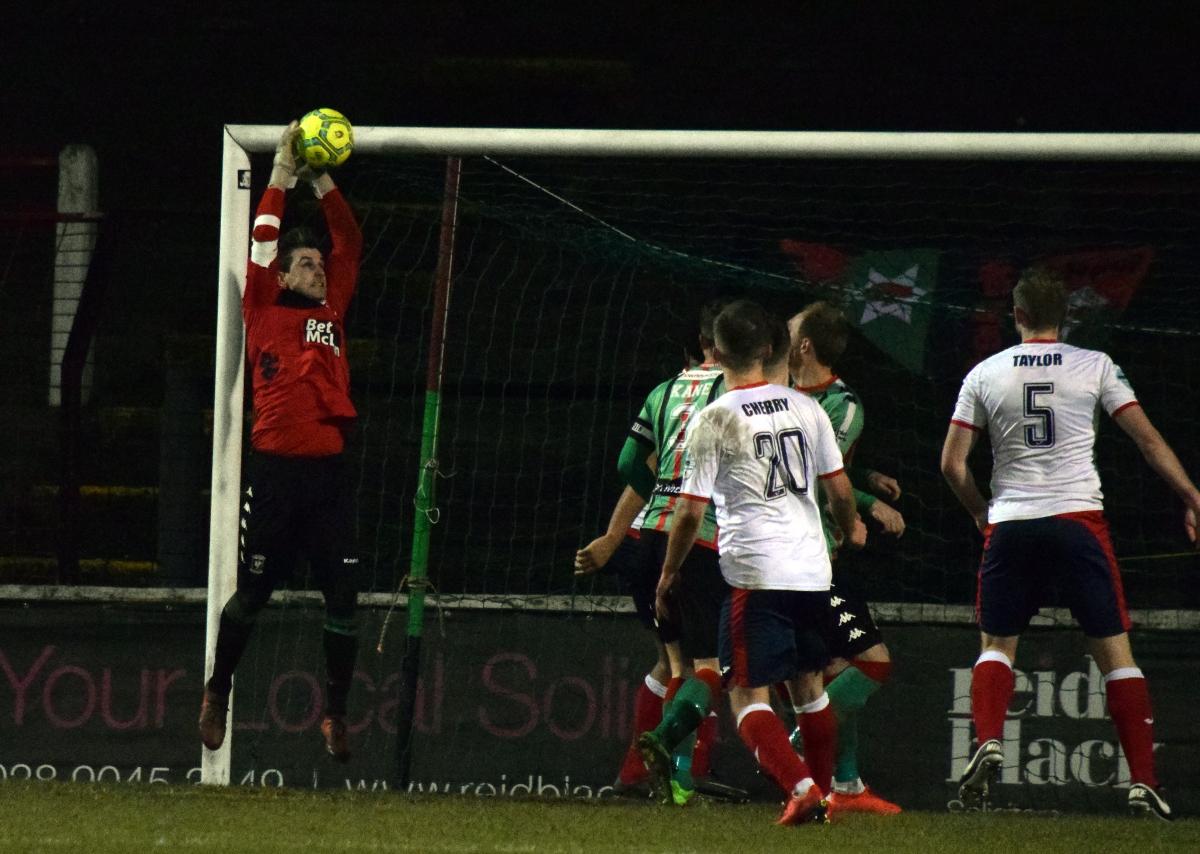