It was a frustrating afternoon at the Oval as Glentoran failed to overcome 9-man Glenavon. 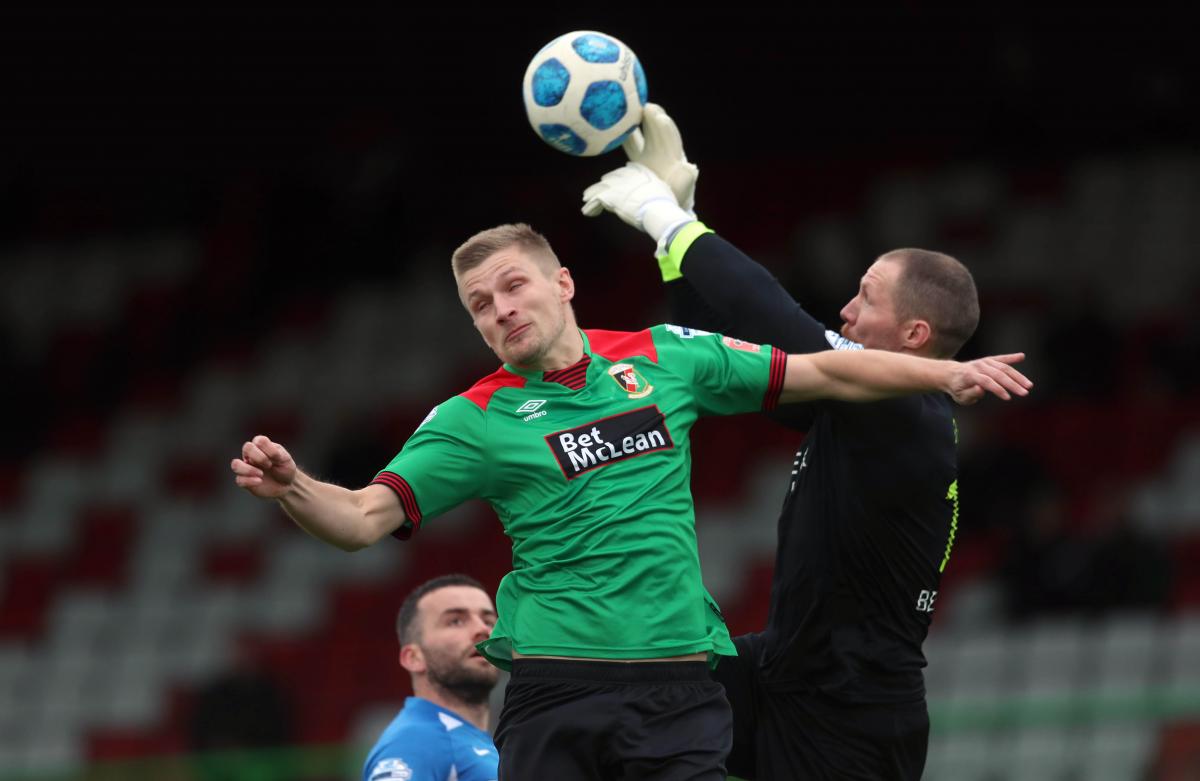 Perhaps you could point the finger at Glenavon's 'anti football' approach, but ultimately it was up to Glentoran to put the ball in the net and apart from a penalty, we failed to do that.

With just 11 minutes played Robbie McDaid was the victim of a shocking tackle from Colin Coates. The ball had long since gone and McDaid, just back from injury, was left writhing in agony in front of the assistant referee. If a tackle was ever worthy of a straight red this was it.

Referee Tavinder decided a yellow was sufficient. It's a hard decision to understand. Jamie McDonagh fired the resulting free kick into the danger zone but both Andy Mitchell and Marcus Kane failed to get a touch on the ball and Glenavon survived. 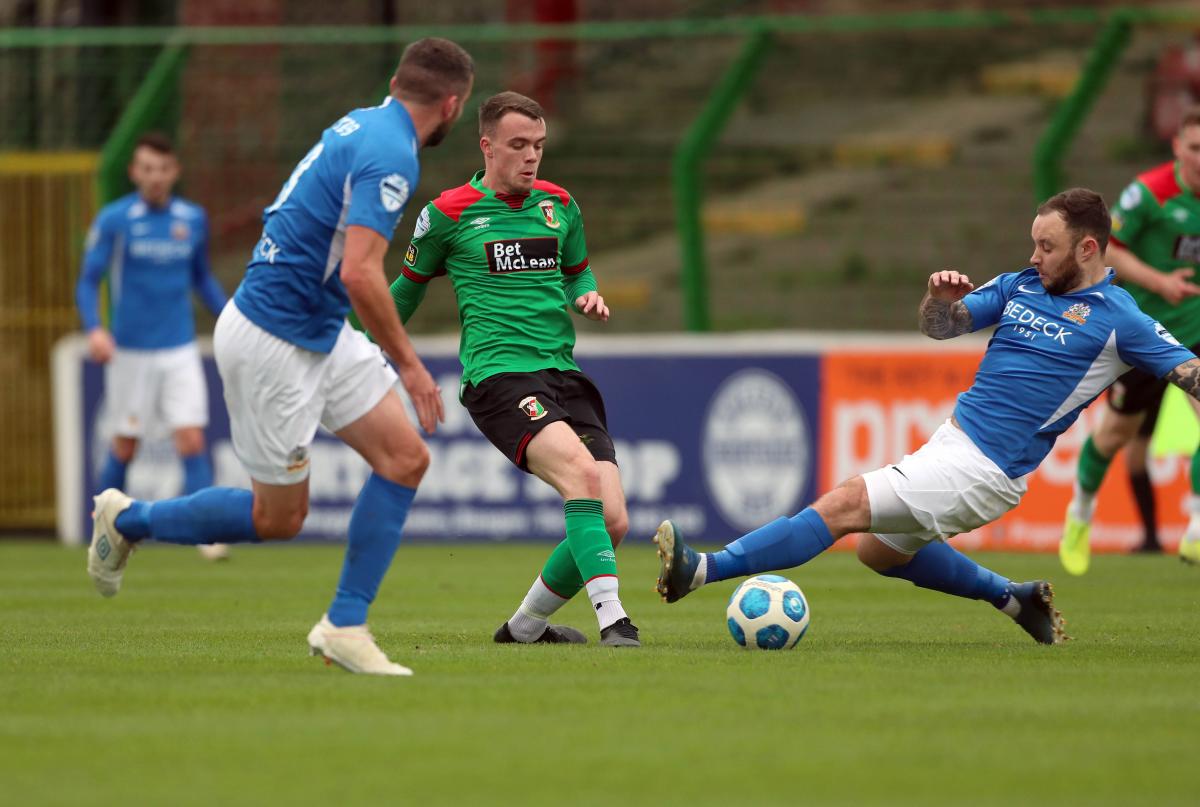 Glentoran dominated possession but at no stage did they really test Jonathan Taylor in the visitor's goal. Midway through the half we witnessed another very poor challenge; this time defender Doyle on Chris Gallagher. This time the red card did come out and Glenavon were reduced to 10-men. Dale Gorman stepped up to take the free kick but his 30-yard drive was saved by Taylor diving low to his right. 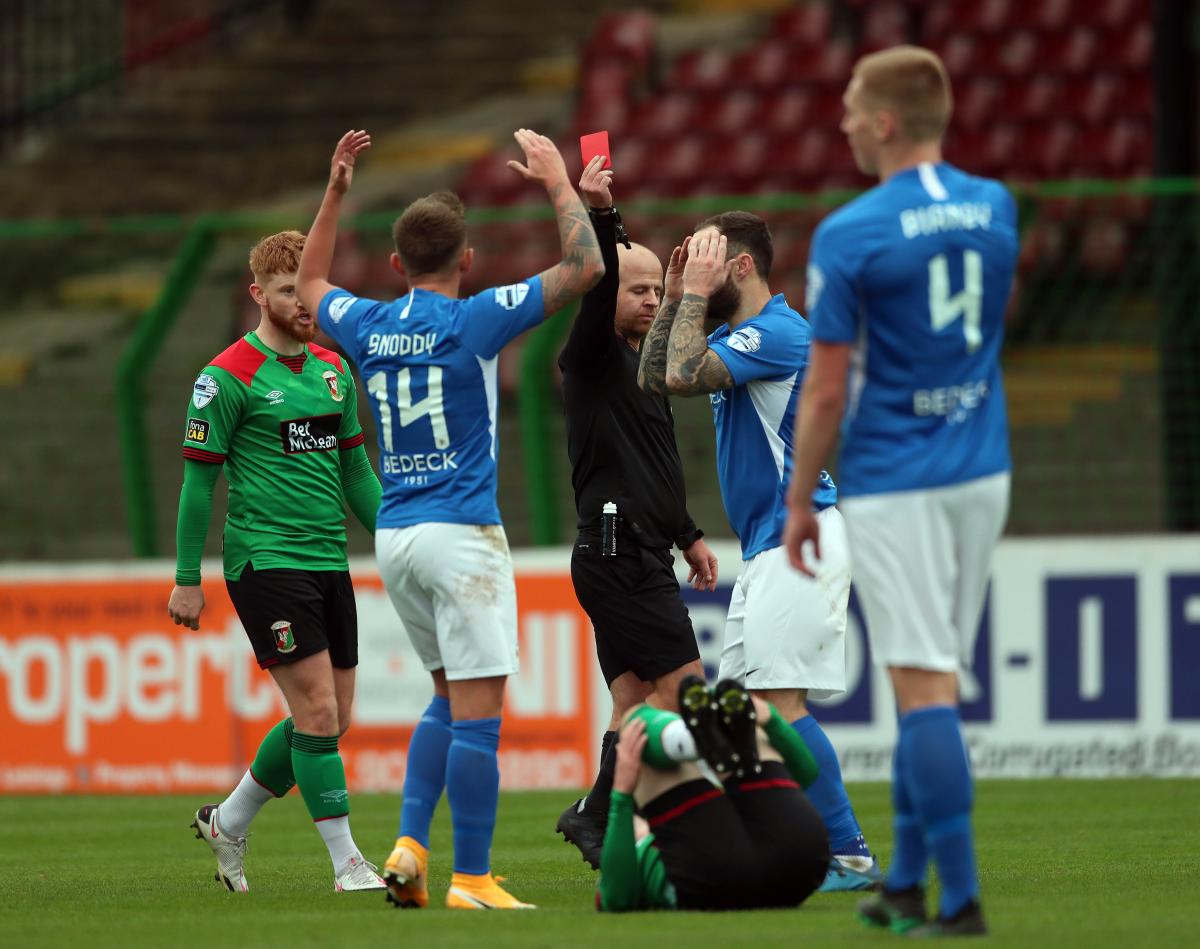 There then followed yet another unsavoury incident involving Coates when he tangled with Andrew Mitchell in the penalty area. The referee took no action but moments later Coates was hooked by Hamilton, the Glenavon manager obviously realising their number 3 was on thin ice!

The final action of the half saw Dale Gorman try his luck form 25 yards but the effort was well off target. 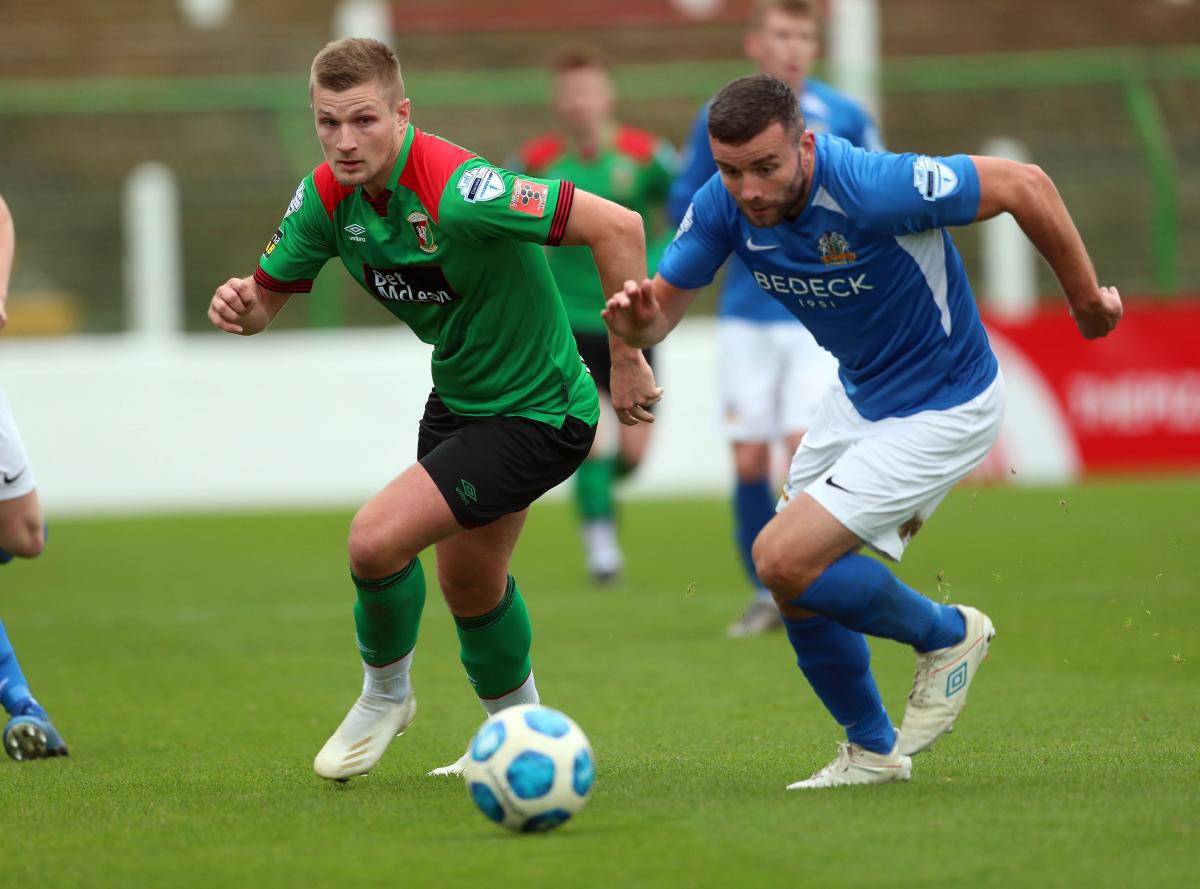 Glentoran were a bit more direct in the early stages of the second half. Gael Bigirimana curled an effort just wide (50) and then Jamie McDonagh set up Andy Mitchell following a poor clearance by Taylor. Mitchell couldn't find the target though. Another late challenge, this time from Sean Ward, another free kick and another yellow card - Jamie McDonagh on the wrong side of the rough treatment this time. The set piece eventually fell to Dale Gorman in the area but he dragged his shot wide of the far post. 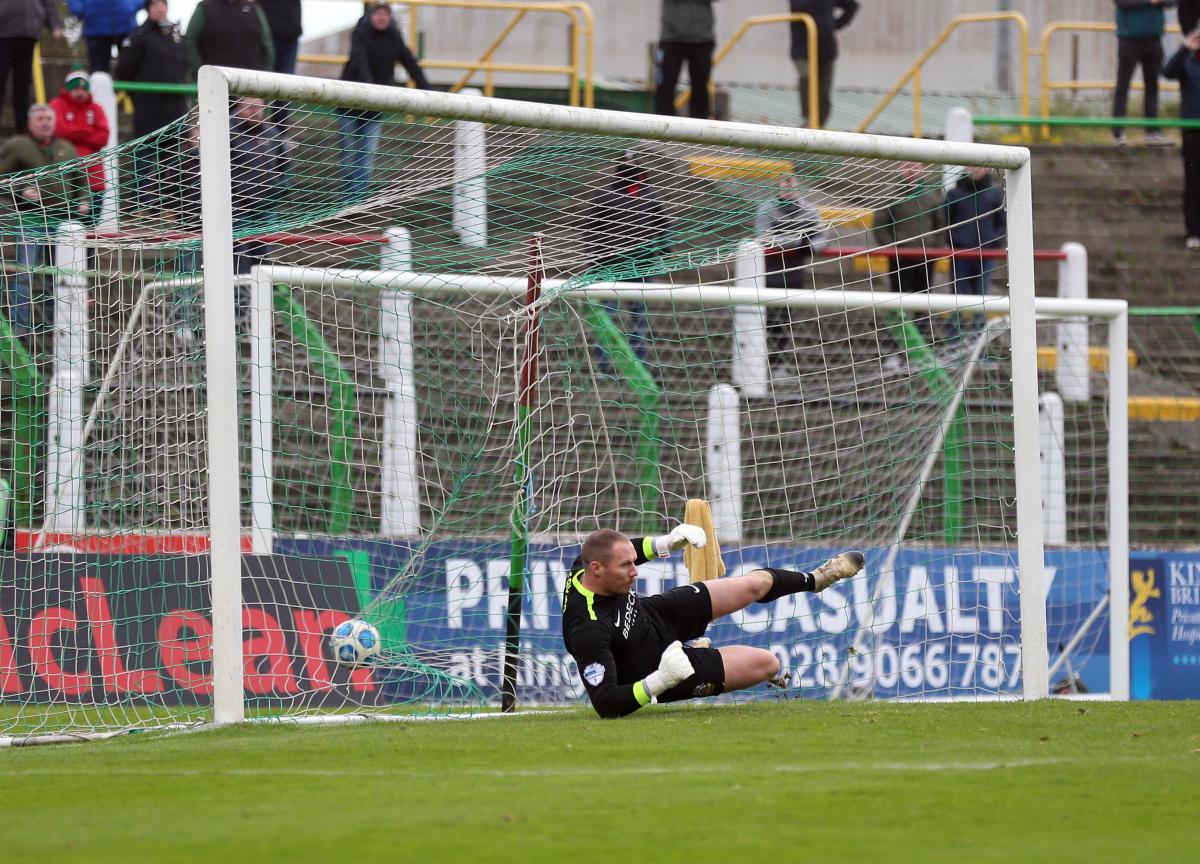 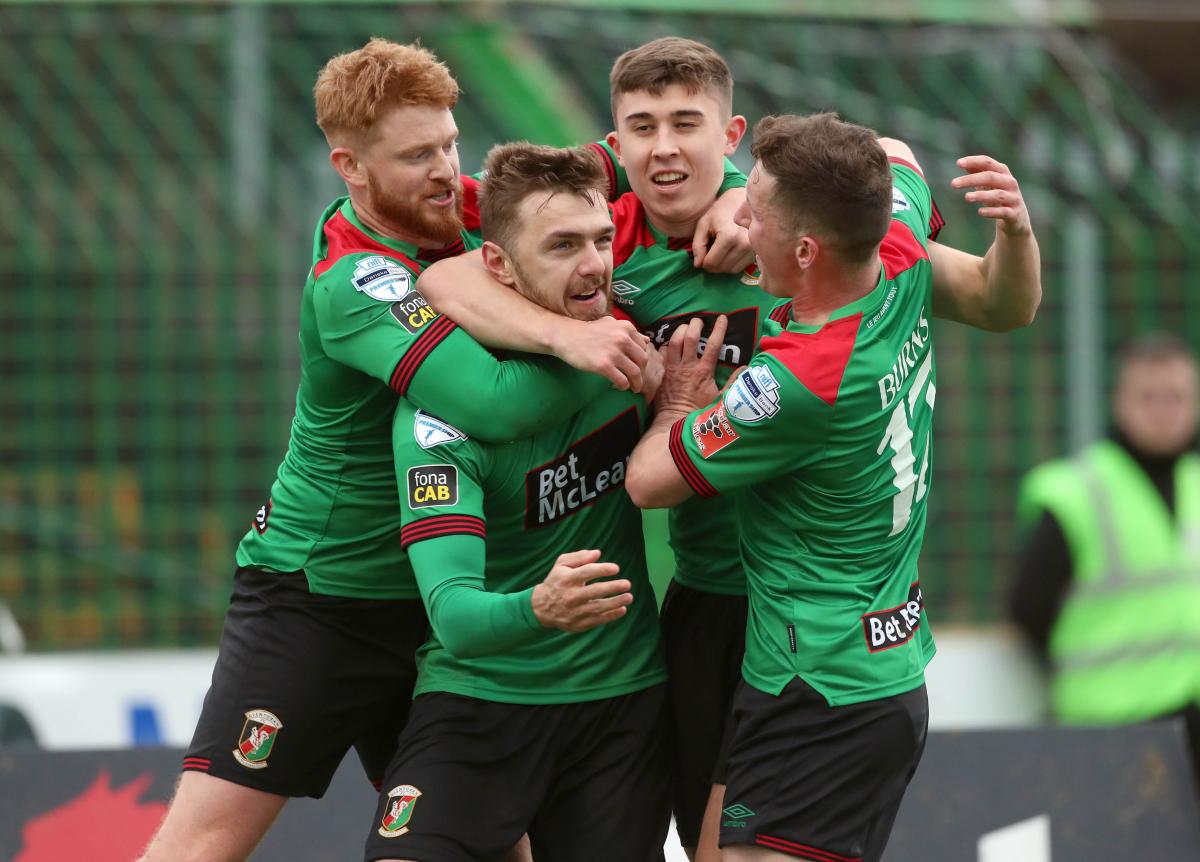 The Glens then introduced 3 substitutes between 58 and 66 minutes; Paul O'Neill, Ciaran O'Connor and Jay Donnelly replacing Andrew Mitchell, Chris Gallagher and Marcus Kane with Robbie McDaid taking the captain's armband. In the middle of those changes we had another yellow card for Peter Campbell. It was his second of the game and the Lurgan Blues were down to 9 players. With 15 minutes remaining Ciaran O'Connor was felled in the area by Snoddy and referee Tavinder pointed to the spot. Up stepped stand-in skipper McDaid and the Glens were in front. 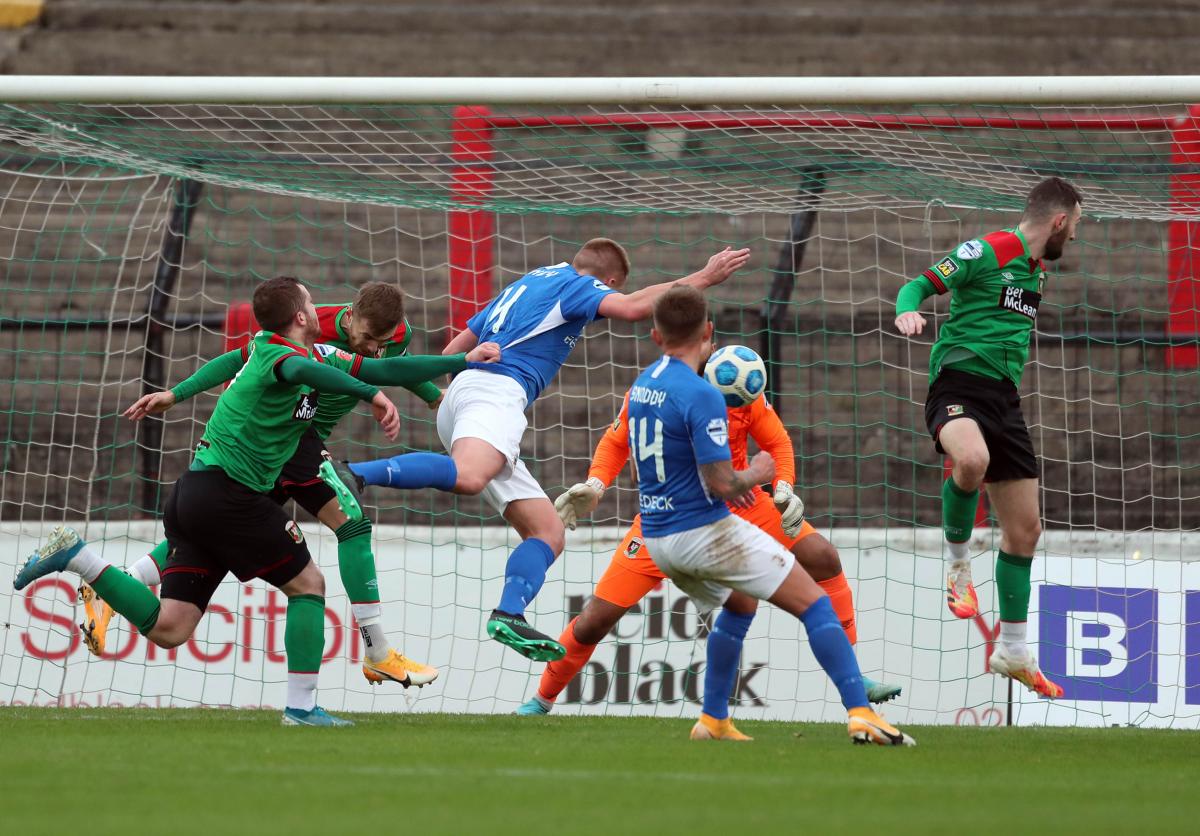 The lead lasted barely 2 minutes though. Bobby Burns conceded a free kick on the right corner of the 18-yard box. The ball was swung into the area and Calum Birney was left free to head home from close range. In the closing stages Jay Donnelly headed straight at Taylor and then we had the best effort of the game when Luke McCullough drove the ball goalwards from the edge of the box only to be denied as Taylor tipped it over the cross bar. The overall feeling within the Oval was that of frustration. The Glens need to find a cutting edge. 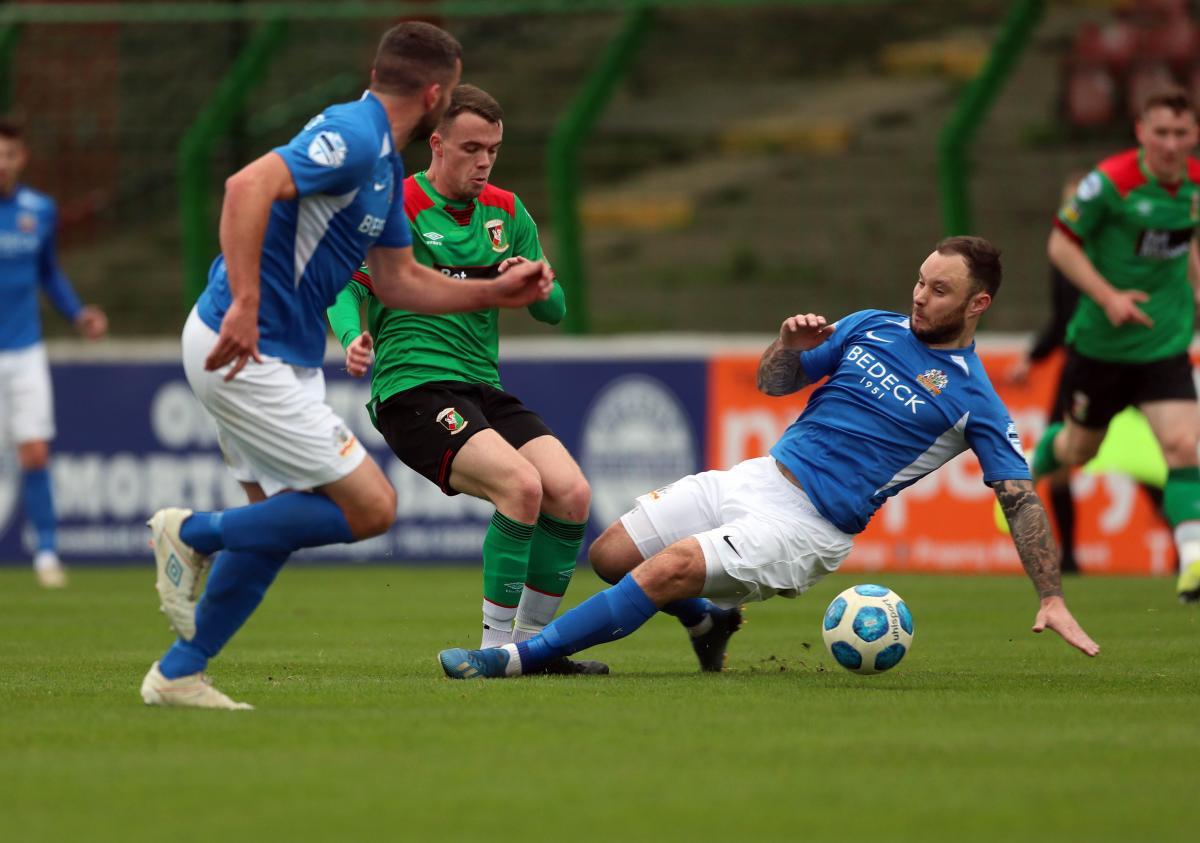