Glentoran and Coleraine shared the spoils in horrendous conditions at the Oval today. Ruairi Harkin gave the visitors the lead early in the first half but Glentoran responded well after the break with Aaron Boyd grabbing a deserved equaliser.

Coleraine had an early shout for a penalty when Ruairi Harkin's free kick hit the Glentoran wall just inside the area with the visitors claiming it had struck a hand. Referee Hetherington waved away the appeals. The Bannsiders did go in front though on 12 minutes and it was Harkin who got the goal, firing low into the far corner from the edge of the area. David McDaid might have made it 2-0 3 minutes later but having turned inside Willie Garrett his shot was straight at Elliott Morris. With 20 minutes on the clock the Glens had their first attempt on goal. Jordan Stewart cut inside from the left before unleashing a thunderbolt which Eugene Ferry did well to turn around the post. Glentoran's next chance came on 26 minutes, Aaron Boyd combining with Curtis Allen but Allen's shot went well wide. McDaid received the ball in what looked an offside position just after the half hour mark. As he drove towards the box the retreating Jason Hill seemed to clip his ankle. The initial contact was outside the area but McDaid travelled a couple of yards inside the box before tumbling over. Mr Hetherington said no penalty. The Glens went straight down field and Stewart did well to find John McGuigan. McGuigan cut inside but his left foot shot lacked power and Ferry gathered easily. Gareth Tommons raced clear on 33 minutes but Elliott Morris was quickly out to challenge. The ball broke to Jay Magee who cleared the danger. 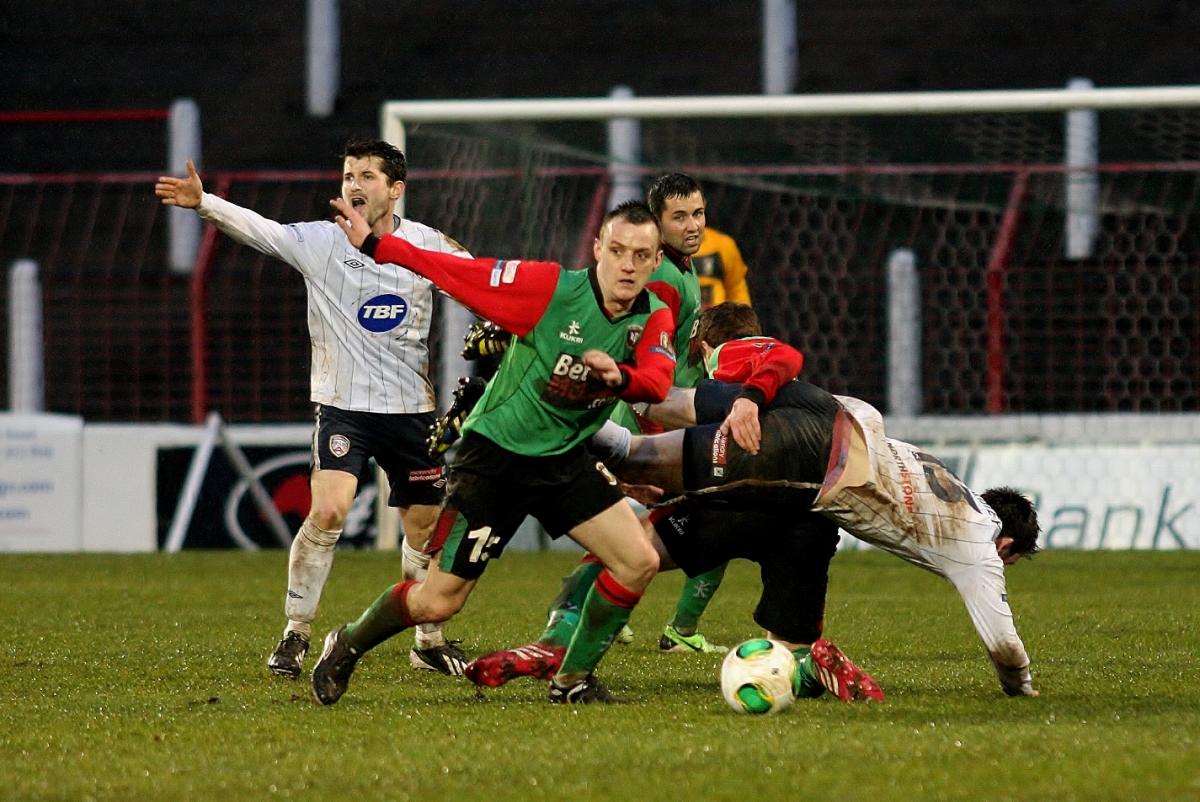 It was a much improved Glentoran after the break as the home side looked for an equaliser. In the first minute of the half John McGuigan had a shot on target and then a Jordan Stewart corner eventually reached Niall Henderson and his driven cross-shot was well held by Ferry. Coleraine's goal came 12 minutes into the first half. Glentoran levelled 12 minutes into the second. McGuigan fed Allen and he made space before curling a shot from 20 yards past Ferry. The ball struck the post but Aaron Boyd reacted first and fired in the rebound. On the hour mark Marcus Kane found McGiugan but his powerful drive was palmed away by Ferry for a corner. Ruairi Harkin then had two chances in a 5 minute spell. Firstly he scuffed a shot when the ball broke to him from a corner and then he hit the Glentoran wall with a 20 yard free kick on 69 minutes. McGuigan tested Ferry again (76) and then Kane (77) had an effort deflected for a corner. With 5 minutes remaining Jay Magee got on the end of a Stewart corner but couldn't keep his header on target. In the 90th minute Jason Hill picked out Jordan Stewart on the edge of the box. Stewart turned sharply but fired his shot over the top. Kane then had a header well saved by Ferry before Eoin Bradley almost won it for the visitors (92) when he muscled past Jay Magee only to see Elliott Morris produce a superb stop. 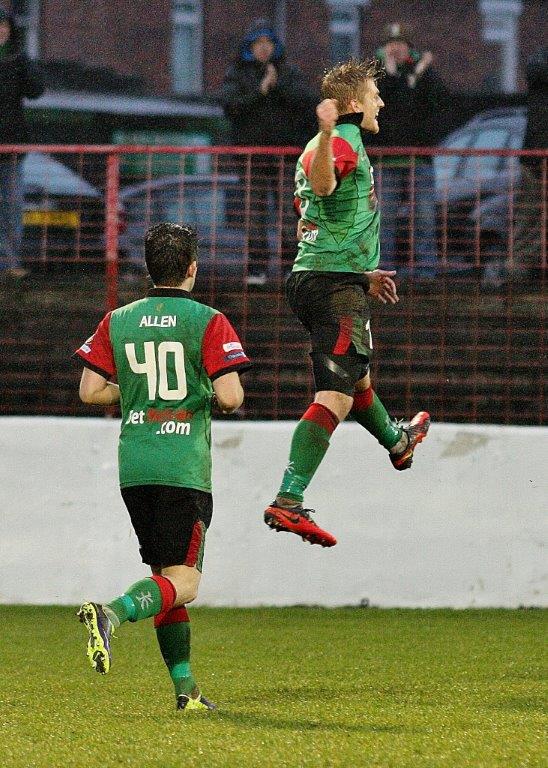 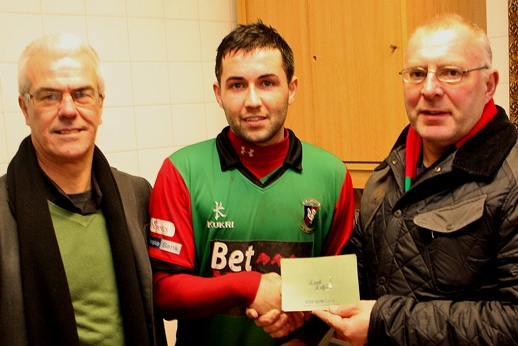