Glentoran drew 1-1 with Carrick Rangers in a hard fought match at the Oval in East Belfast.

Glentoran fielded an unchanged team from their first two league games, with new signing Robbie McDaid on the bench. 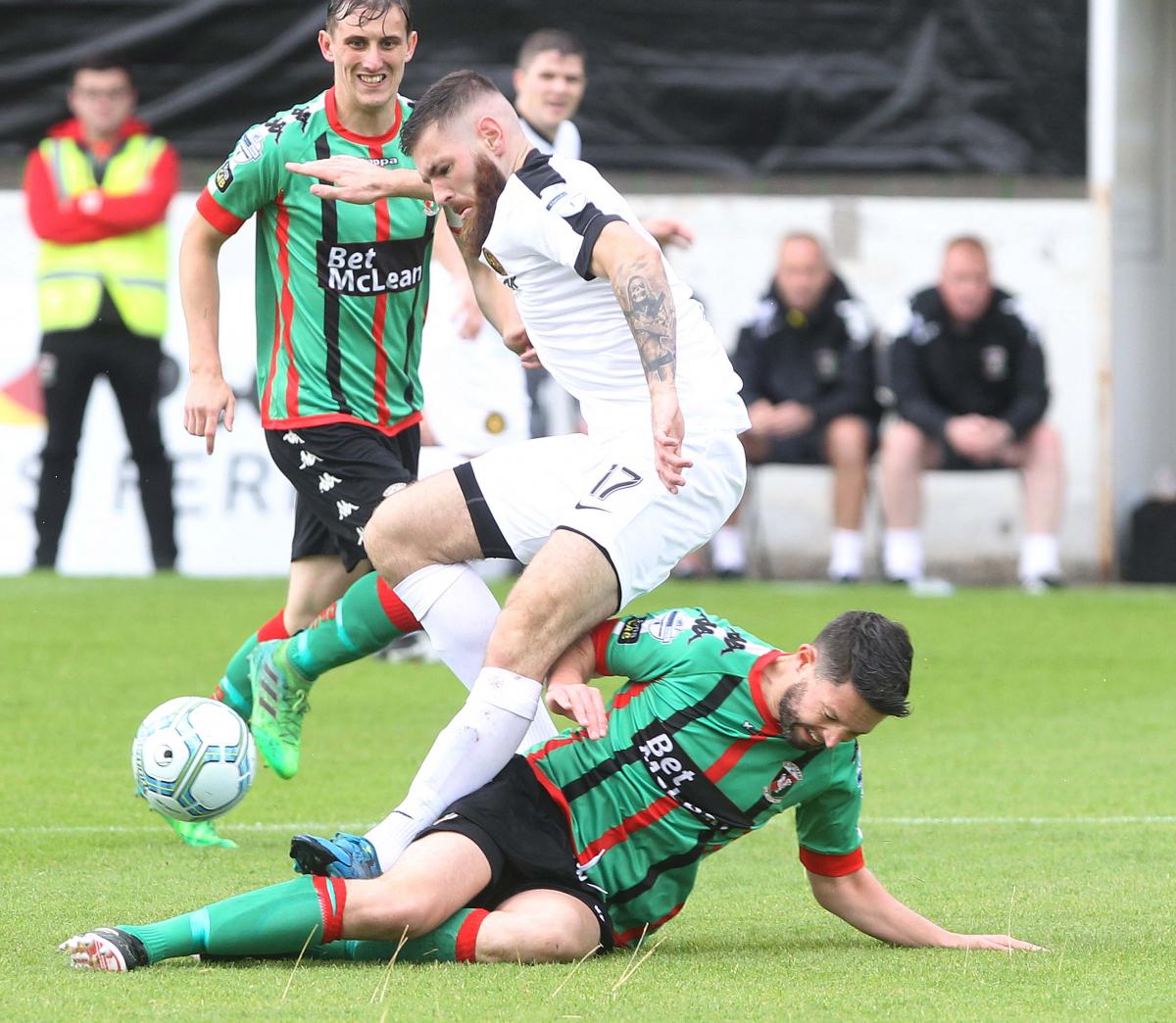 In difficult playing conditions, with the wind and rain particularly affecting the first half’s play, the match was scrappy, with few early chances for either team.  As the rain cleared on 20 minutes, Marcus Kane put a header just wide of the left hand post at the city end.  John McGuigan followed with a strong low shot on the half volley that was straight at Carrick goalkeeper, Harry Doherty. After some good build-up play Curtis Allen then shot just wide following a well weighted through-ball from John McGuigan. 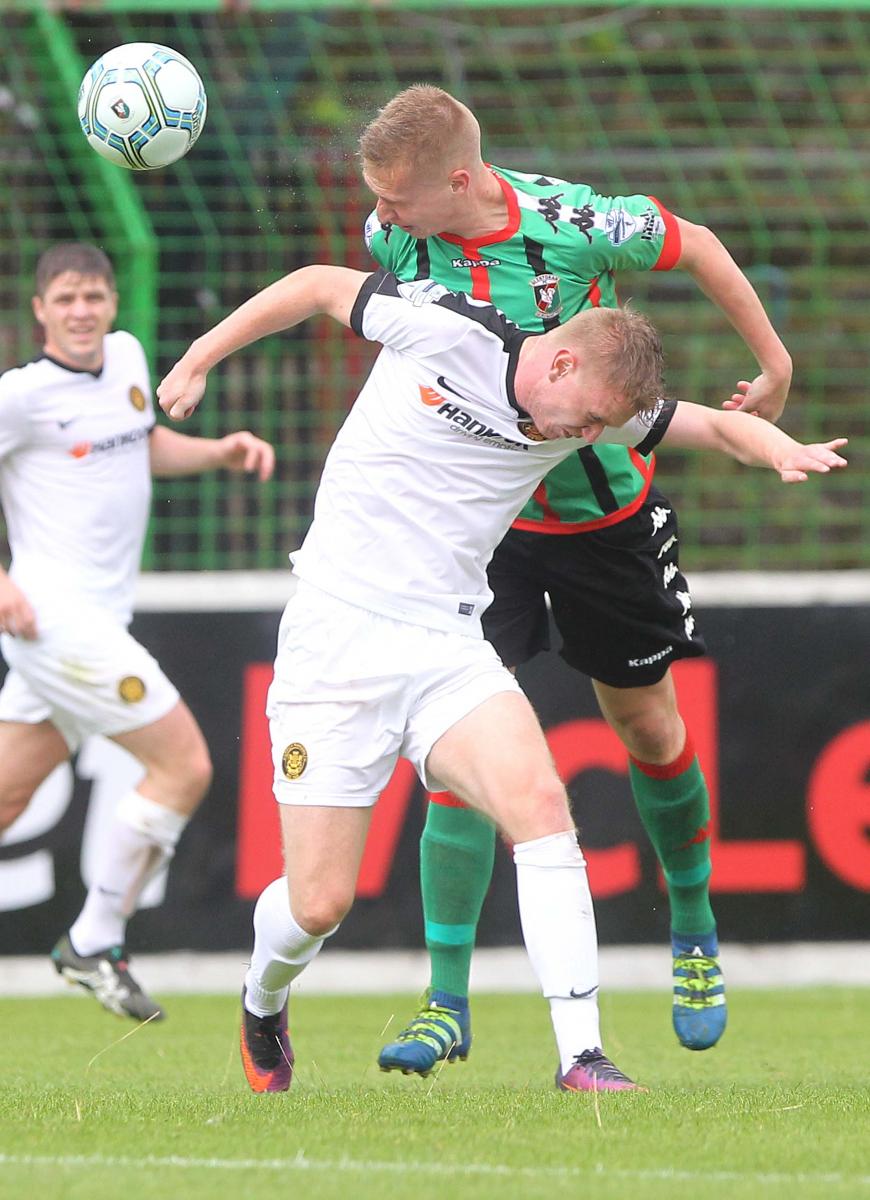 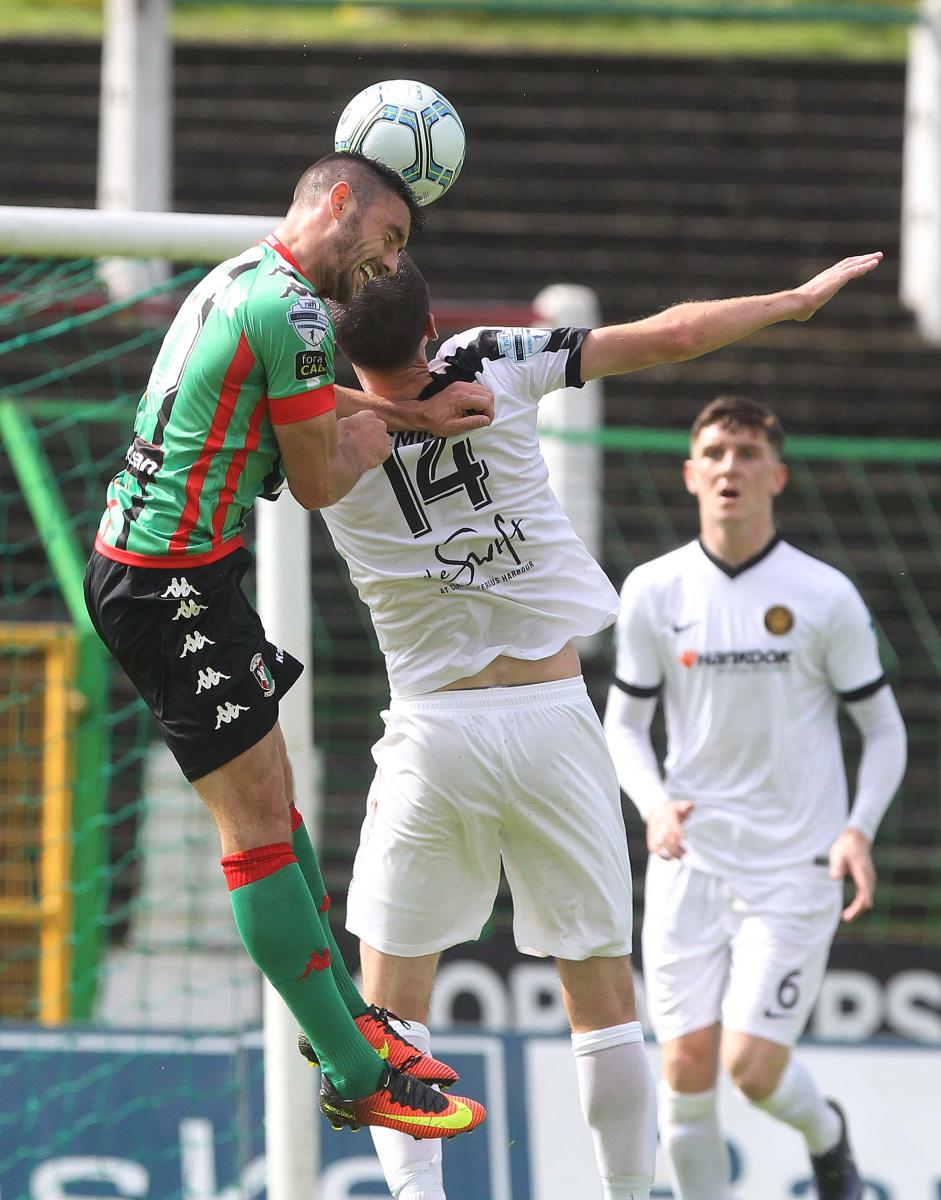 Chances came at the other end with Carrick going close on 27 minutes, forcing Elliott Morris into an athletic save, pushing the ball around his right hand post. The Glens persevered and on 40 minutes got the breakthrough.  McGuigan held the ball up off the left sideline and played the ball perfectly into Ross Redman’s path.  He carried the ball forward into the box and shot low and hard across the goal into the bottom corner.  Doherty got a hand to the shot, but it wasn’t enough to keep it out. 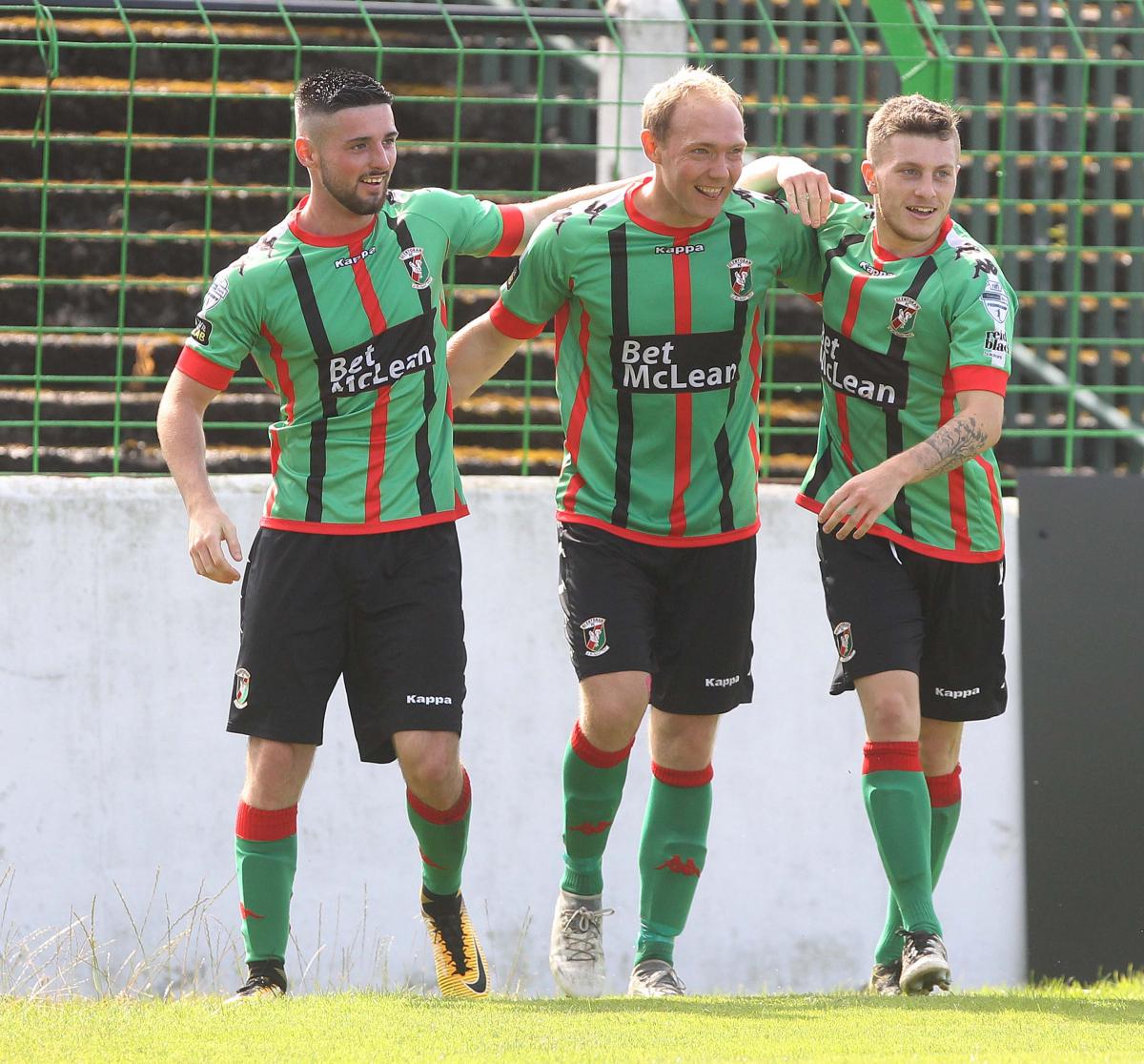 Straight after half time, however, the Glens were caught flat-footed, with Lee Chapman getting on the end of a cross and heading it beyond Morris.. 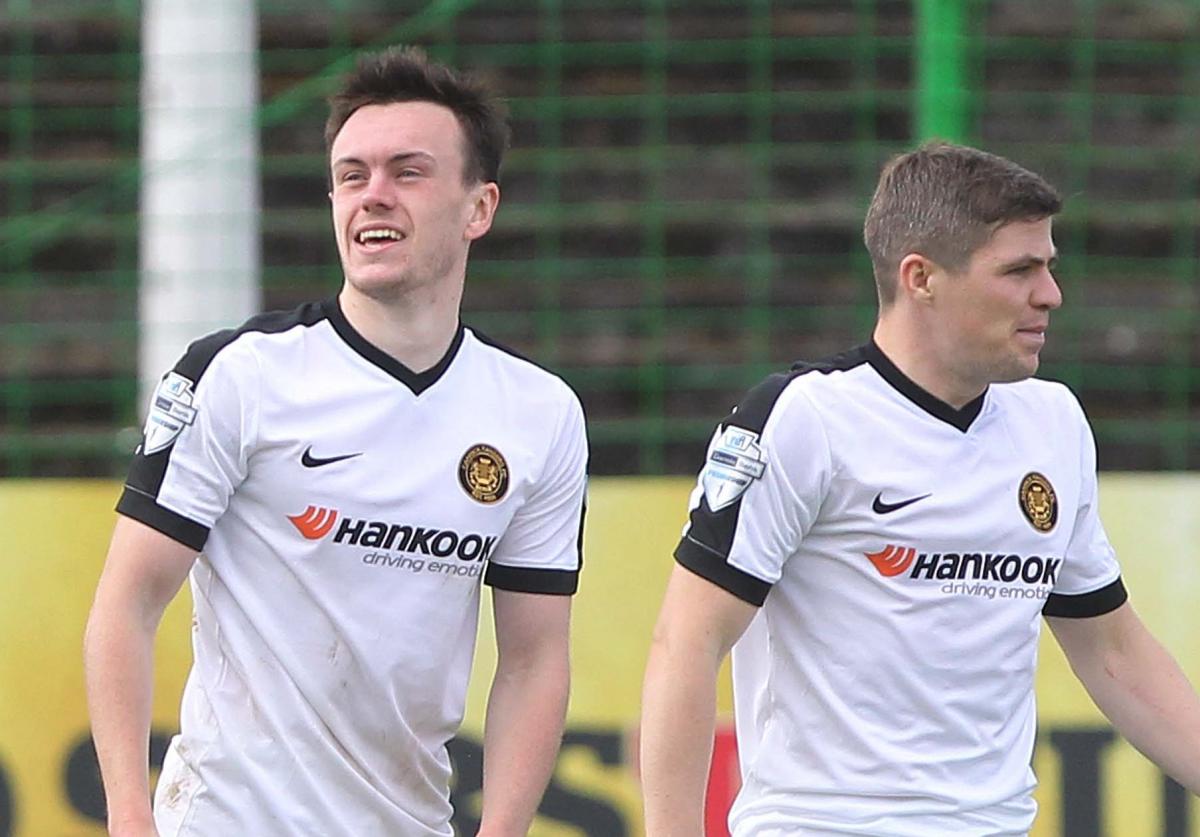 Neither side took control of the second half, and apart from a long range shot from Marcus Kane on 75 minutes the Glens were unable to test Doherty further.  Substitutes Delaney, Knowles and McDaid came on but were unable to push the Glens over the line.

Worryingly Ross Redman limped off in injury time, as the match came to a close at 1-1. 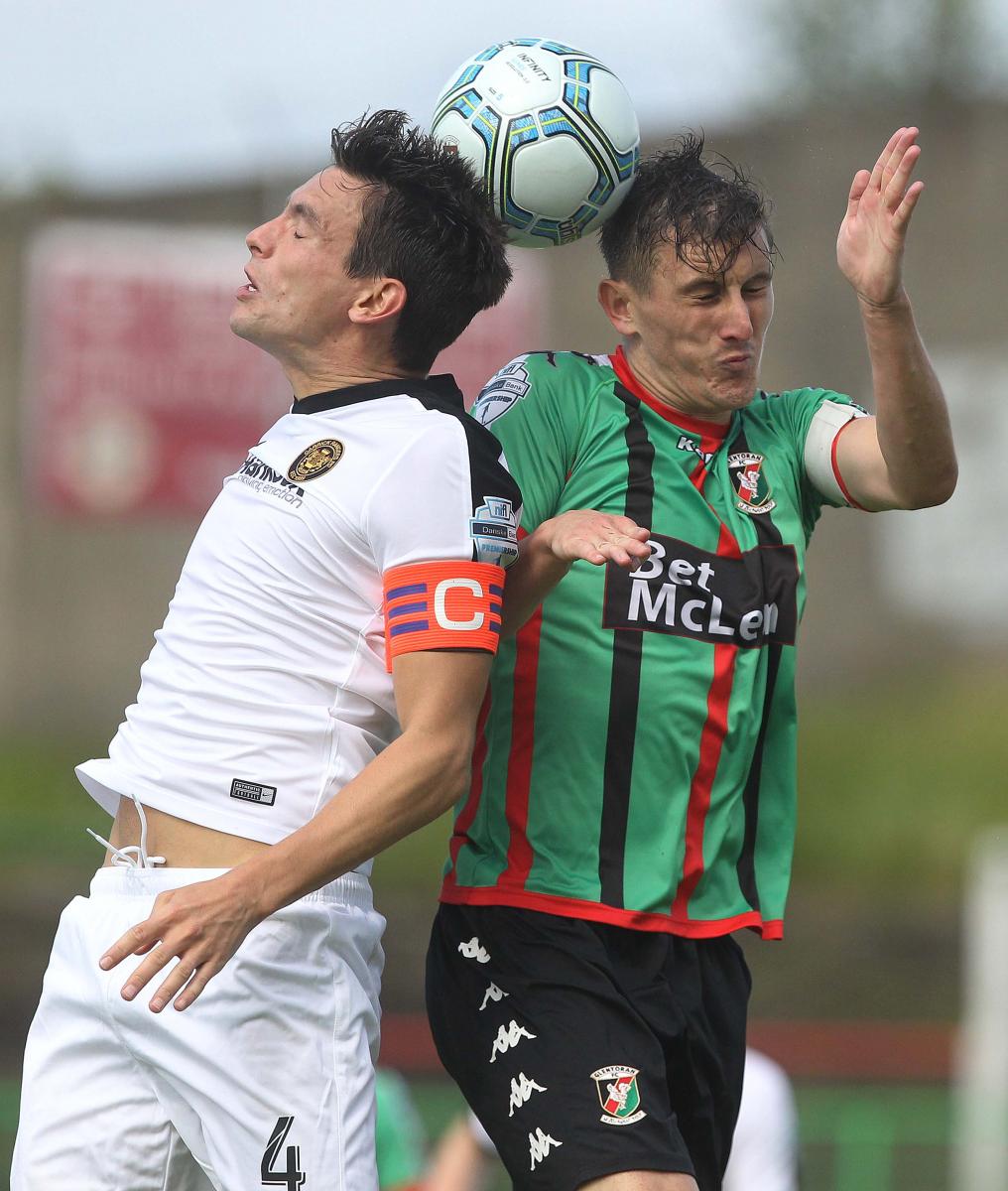 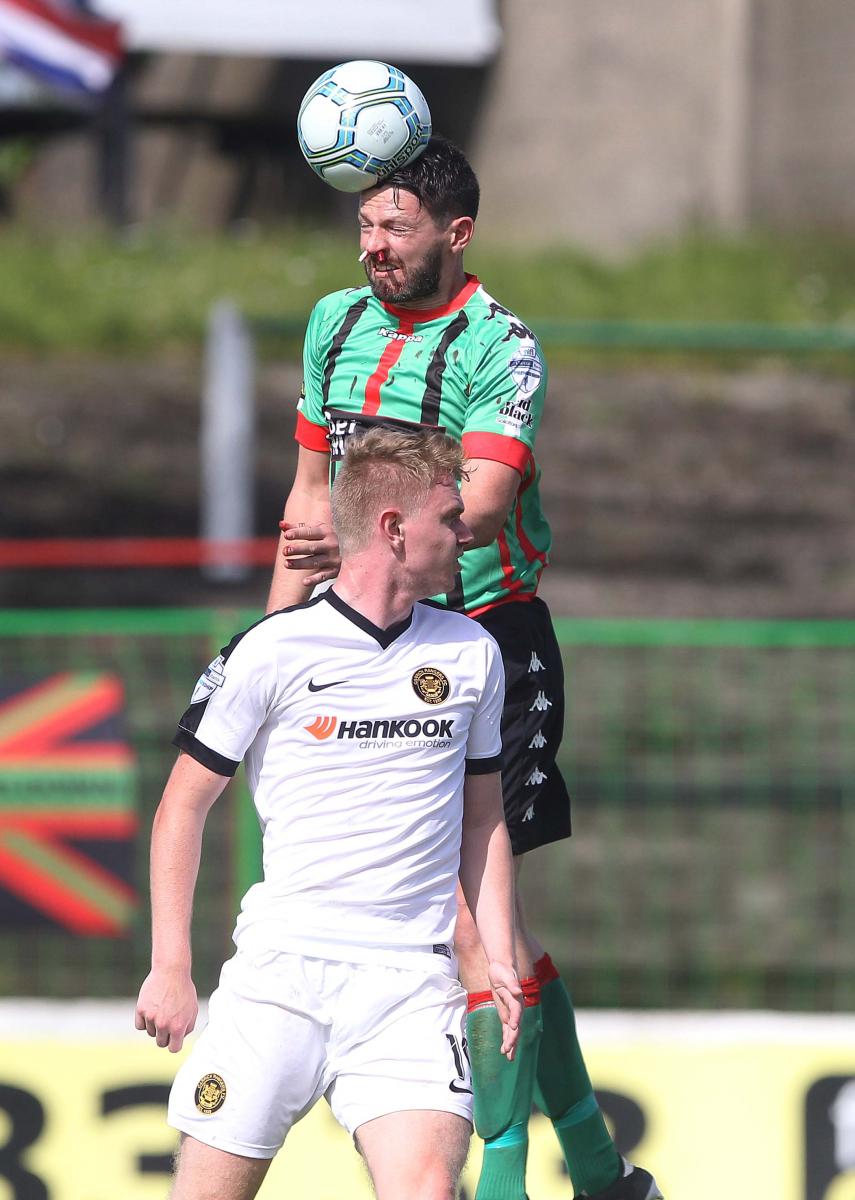 The result leaves the Glens on 7 points after 3 games.  They will face Glenavon next in the League on Friday night.