Sligo Rovers moved comfortably into the semi finals of the Setanta Cup after this victory at a bitterly cold Oval.  Playing with the icy wind in their favour the visitors should have gone into the lead after just four minutes. Lee Lynch sent Rafael Cretaro through to go one on one with Aaron Hogg and the Glens 'keeper got in a challenge but Cretaro was able to nick the ball away from him.  The Sligo striker was then left with the seemingly simple task of rolling the ball into an empty net but inexplicably put the ball against the post; for those who remember it a miss of Ronnie Rosenthal proportions.  However four minutes later Lynch showed his colleague how it should be done, turning sharply in midfield and curling a superb twenty five yard shot into the top corner giving Hogg no chance.  On thirteen minutes the Glens had their first serious strike on goal when Martin Murray brought a good save from visiting 'keeper Gary Rogers after being put through by John McGuigan.  Just short of the half hour Sligo doubled their lead.  Cretaro was once again put through on Hogg and this time made up for his earlier aberration by taking his shot early and slotting the ball into the bottom corner. 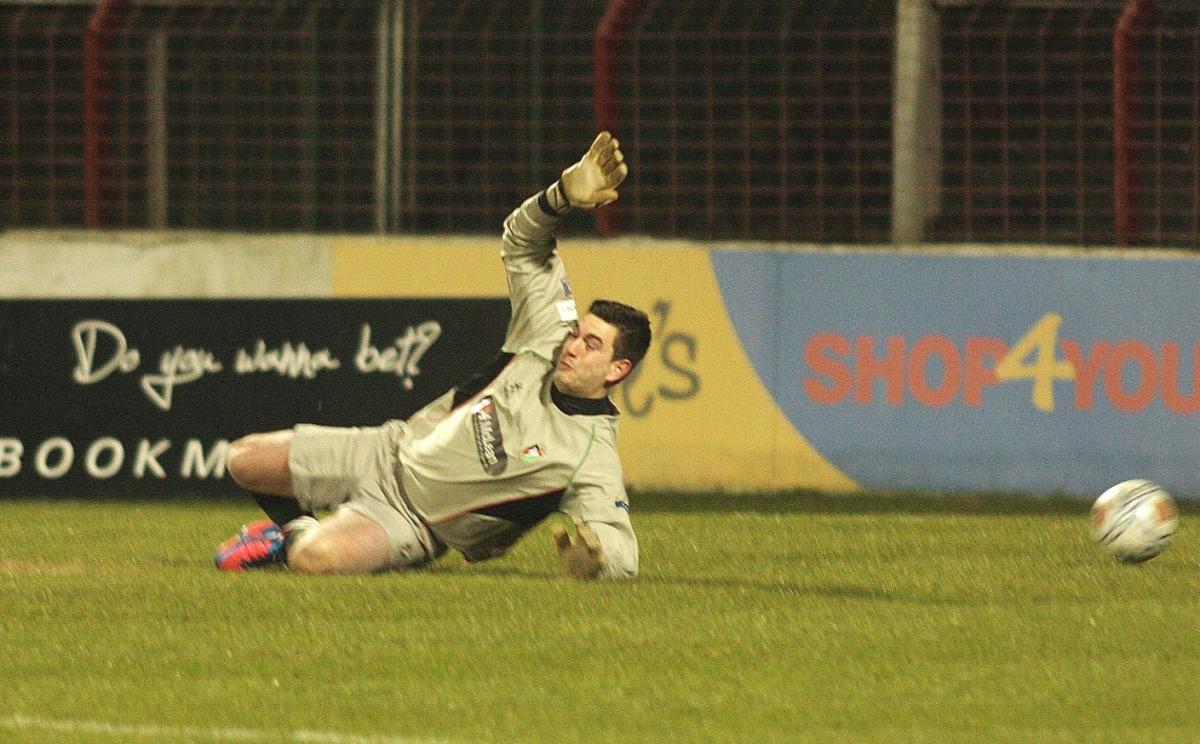 With the wind in their favour in the second half the home side had much more of the play and on sixty three minutes Jimmy Callacher whipped in a wicked left wing free kick which was superbly tipped over the bar by Rogers.  The Glens continued to press with Martin Murray testing Rogers once again from twenty yards after a probing run and Andy Waterworth shooting just wide when set up by Marcus Kane.  Hogg had little to do during the second period but with five minutes left the Glens were hit with a sucker punch.  In a rare Sligo attack the home defence failed to clear and the ball fell to substitute Liam Martin who hit a first time left foot shot past Hogg from eighteen yards.  In the dying minutes substitute Daniel Burns, who looked lively during his time on the pitch, tested Rogers once again but Sligo saw out the rest of the game to complete an 8-0 aggregate win.