Glentoran delivered a disappointing and lifeless performance on Monday night losing 3-0 at home to Crusaders. Pre match saw a large crowd and an air of excitement around The Oval with the Sky Sports cameras in attendance but the night soon fell flat for the home side as Crusaders dominated. Gary Haveron named the same 11 that drew with Coleraine 9 days previously and Crusaders, coming off consecutive home league draws, made two changes to their side with Heatley and Carvill replacing Glackin and Forsythe. 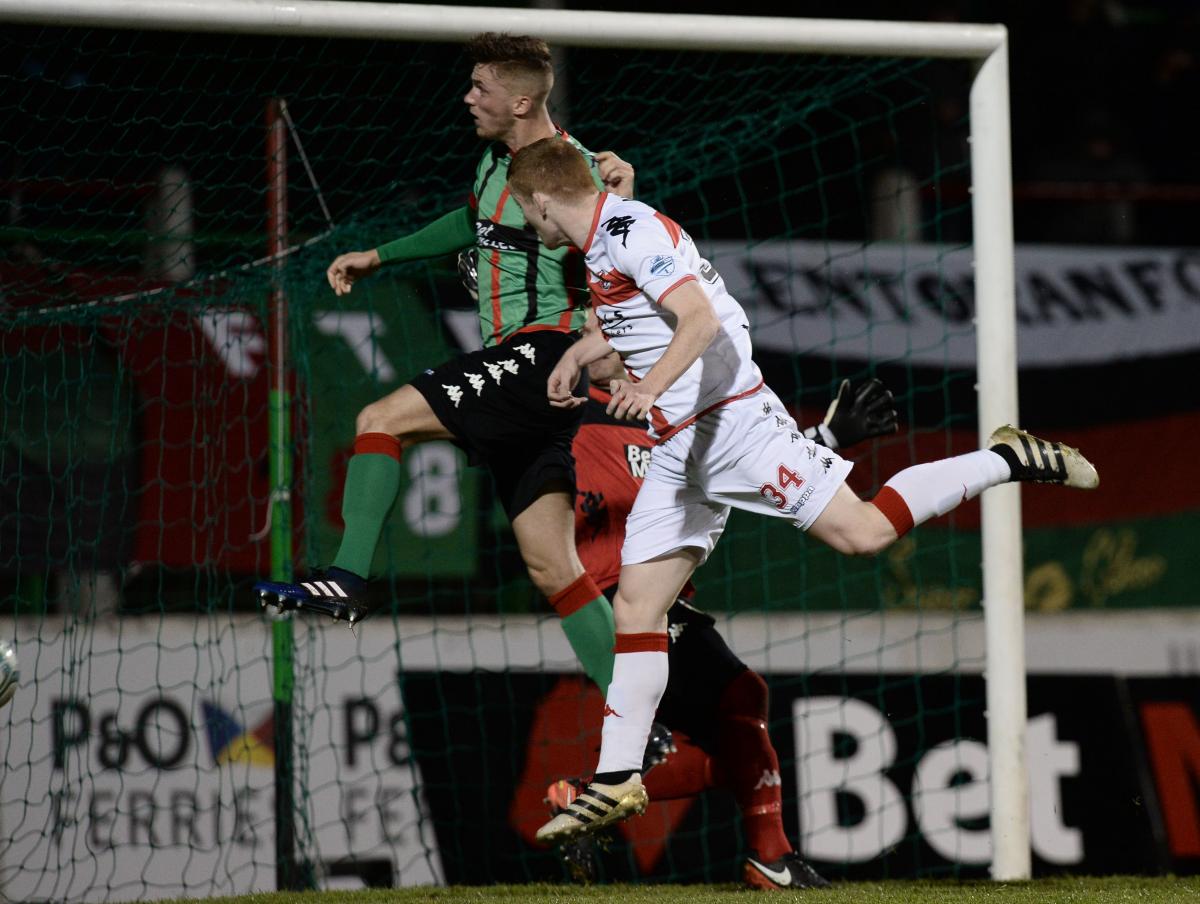 It was a wet and blustery evening in East Belfast with Glentoran playing into a strong wind early on. Sadly the flow of play went very much with the elements in the first 45 as Crusaders dominated from the first whistle. Inside the first 5 minutes Jordan Owens clipped the bar and had a scrambled effort ruled out for offside as the Glens failed to settle. Whyte and Heatley both dragged early chances wide and before long the visitors’ pressure told. Good movement from Rodney Brown at a corner saw him lose Dan Kelly and meet Carvill’s corner with a perfect header to give Crusaders a 10th minute lead. Following the goal Glentoran started to gain a foothold but couldn’t create any chances as they failed to pick the right ball in the final third. After half an hour Crusaders seemed to up the tempo again, first Heatley drilled a shot wide after he was teed up by an Owens’ header, then Owens was denied by the fast reacting Morris who plunged to deny the striker a loose ball from a Whyte cross. Whyte himself almost added a second when he unleashed a rasping 30 yard drive with the strong wind at his back, the left foot strike left Morris well beaten but it cannoned off the crossbar and away to safety. Billy Joe Burns was then denied by Morris after a Whyte cross was only half cleared. 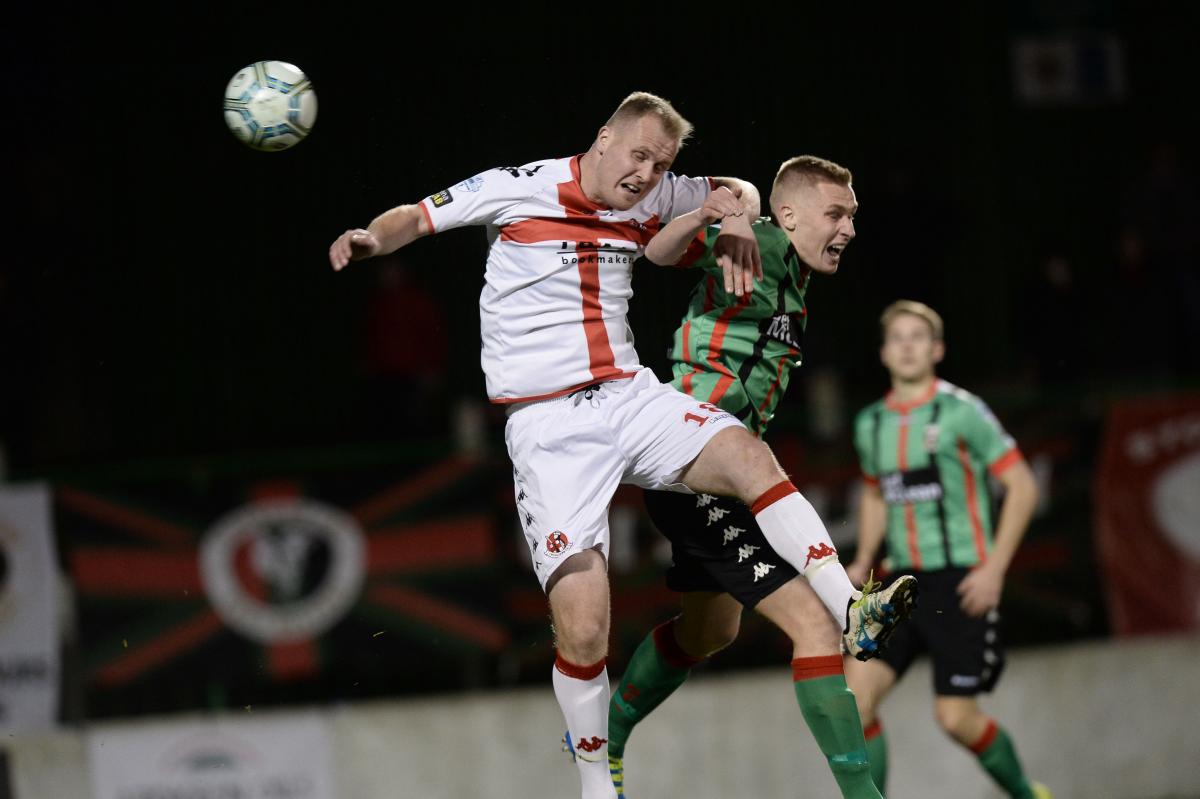 A few minutes before the break Curtis Allen flashed a left foot volley over after McMullan did well to find him following a short period of pressure from the home side, it was to be Glentoran’s only shot of the first half. There was still time before the break for Heatley to go close twice but he couldn’t find a second goal. The visitors must have gone in at the break feeling a little frustrated with only having a one goal lead. Half Time Glentoran 0-1 Crusaders. 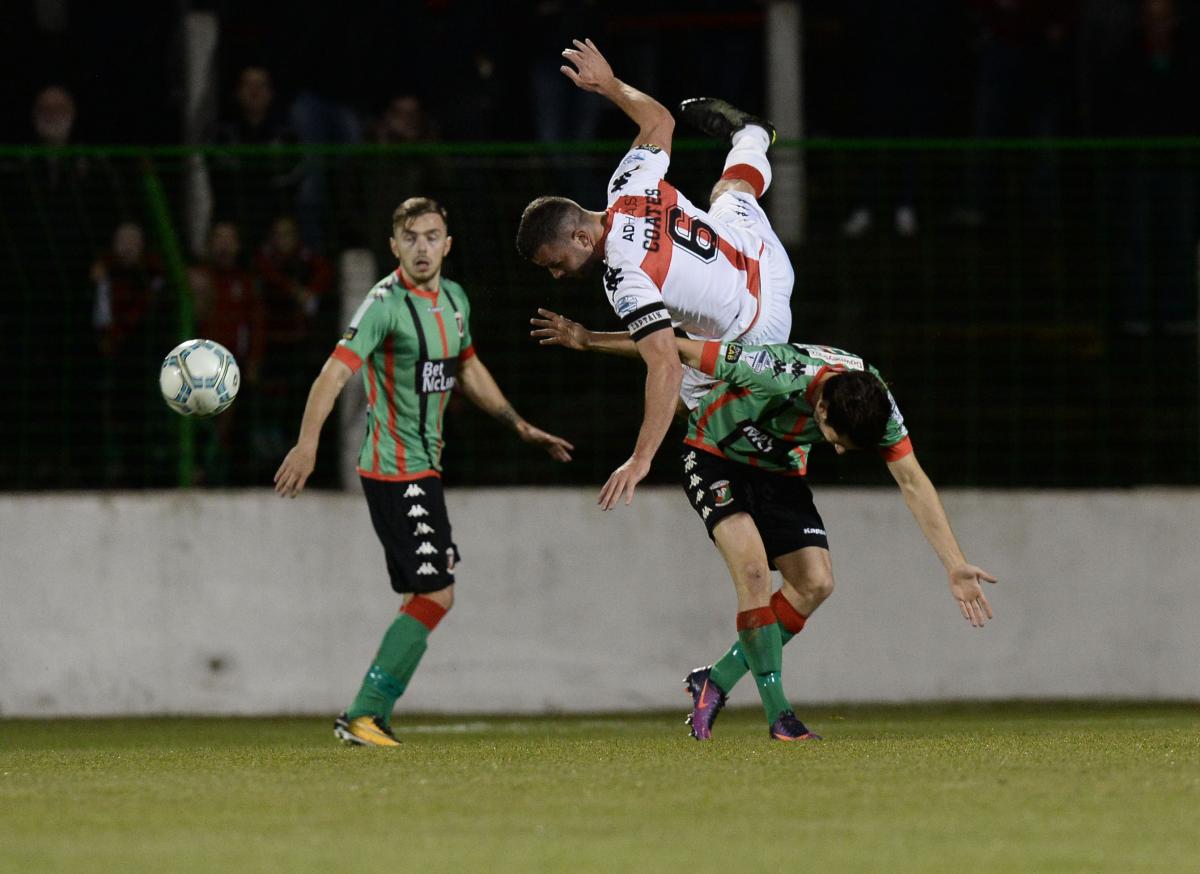 At halftime we saw the potential Glentoran stars of tomorrow as Glentoran’s excellent Academy showed off their trophies from the past season. It was an excellent sight to see so many players from the Boys, Girls, Disability and Polish teams on the pitch proudly showing off their magnificent achievements. All at Glentoran congratulate them and we look forward to watching their continued success as they progress this season. Perhaps some of them will be running out in green, red and black for the Sky cameras someday soon! 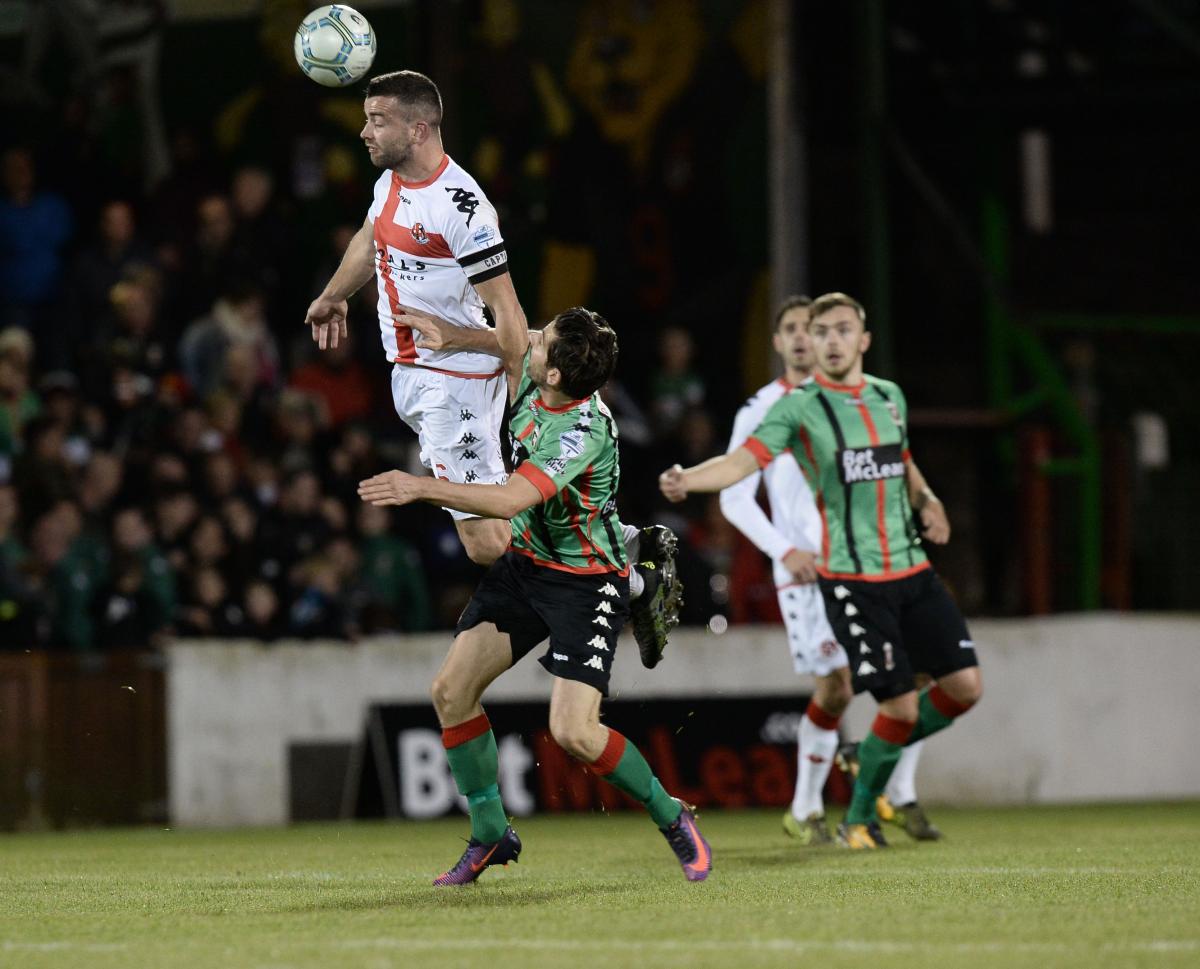 fter the break Crusaders continued to dominate, Ross Redman blocked an early Heatley side footed effort after another Owens set up. From the resulting corner it was game over, Carvill’s initial corner was half cleared but his second cross found the unmarked Rodney Brown. Brown headed across Morris into the far corner to double his tally and double Crusaders lead.  Five minutes later it was three, an excellent cross from Burns picked out the unmarked Owens who planted his header beyond Morris to completely kill off Glentoran. 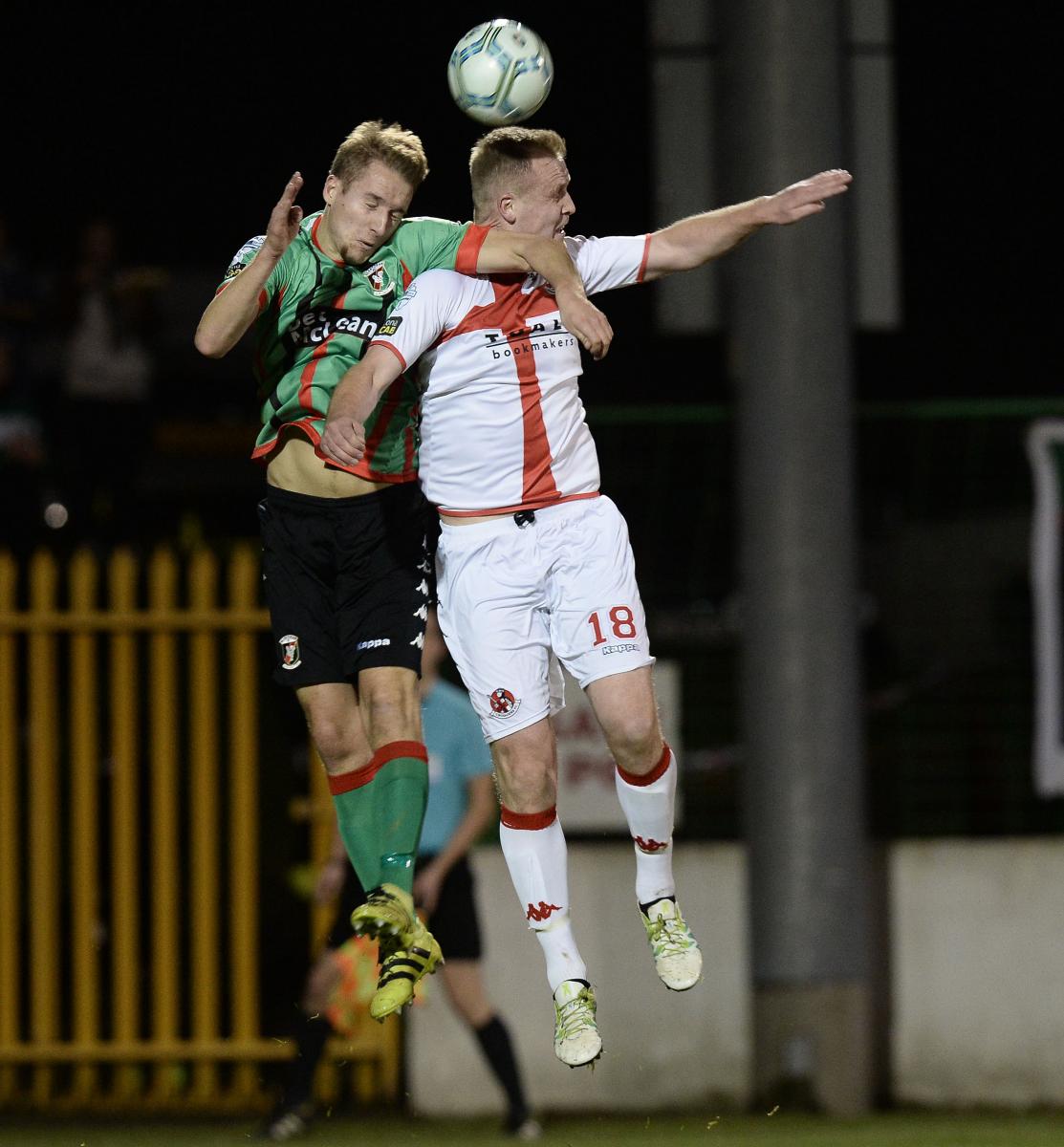 As Crusaders began to relax Glentoran had a few chances, McDaid missed his kick after an Addis long throw fell to him 10 yards out whilst Kane and halftime sub McNicholl forced Jensen into his first saves of the evening but in truth Glentoran never looked liked getting back into the game, Heatley and Owens went close again for Crusaders as the game petered out in a lacklustre final quarter. Glentoran will need to pick themselves up for their visit to Ards on Saturday as they look to restore some of the early season momentum. Full Time Glentoran 0-3 Crusaders 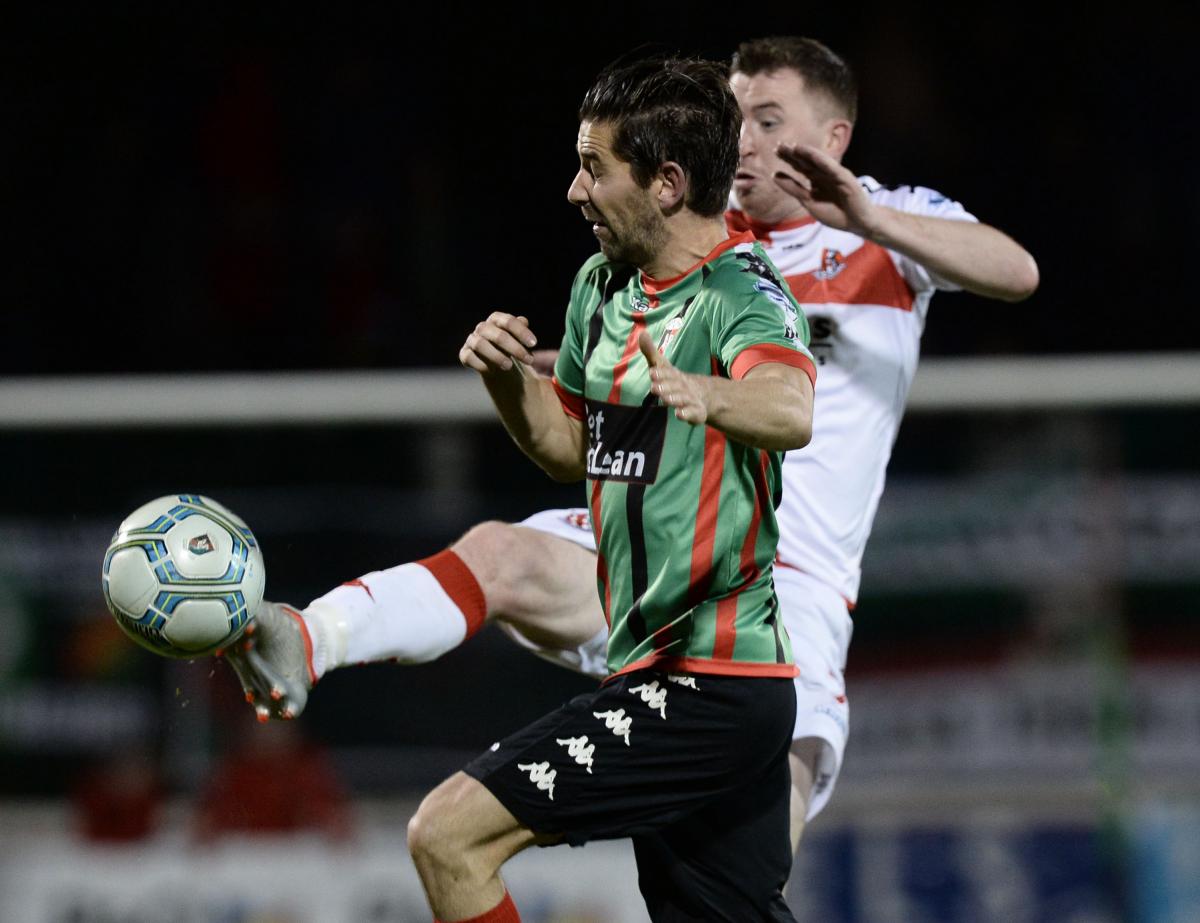